Why She's Leaving You in 2023 (The Likely Reasons) 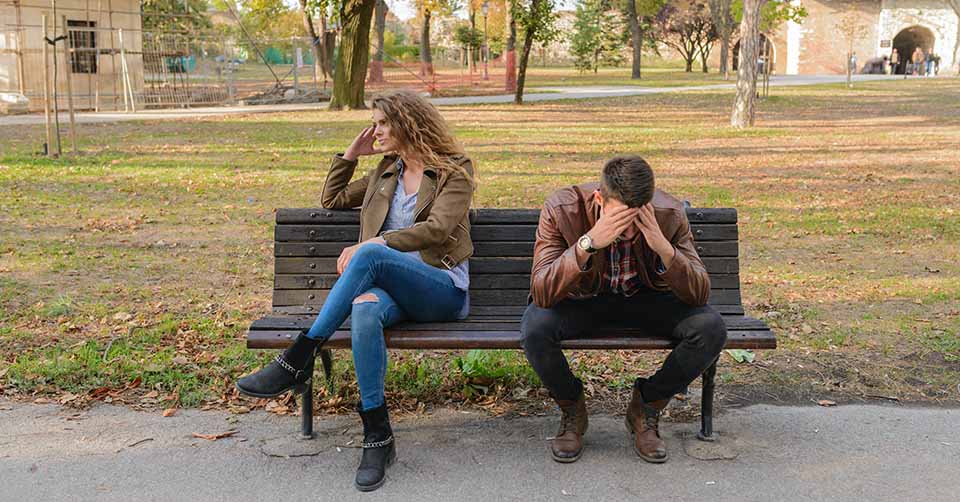 “I had no idea, she showed no signs at all. We never argued. It seemed to me like we had a good relationship. So why is she leaving me?”

Jeff had no idea things were so bad between him and his girlfriend or that she was going to leave him. So it was such a shock to him. Why would a woman suddenly end a relationship like that?

He thought she must be just having a bad day and not thinking clearly. She will calm down and realize how good the relationship is, he thought. He begged her to stay. He asked for another chance to try to fix things but it was too late. The relationship was over.

Sadly, there are countless other men who are oblivious to the signs that their girlfriend is withdrawing from the relationship. Nothing in life ever happens abruptly; there's always something that builds up before it.

It’s no surprise that studies have shown men suffer more emotionally after a breakup than women. This is because they miss the subtle signs that she was unhappy in the relationship for months, sometimes even years.

They only realize something was wrong when she drops the bombshell that she is leaving. By that time, no amount of begging or groveling is going to work to restore their relationship.

I am going to show you how to keep a girl from leaving you but before I do, you need to know the top reasons why women leave men.

Why Is She Leaving Me?

There are many reasons why girlfriends leave their boyfriends. When a woman leaves sometimes it is because they feel their needs are being neglected. Other times it is because she feels like a carer rather than a lover. Then again, some women are just addicted to the thrill of cheating and having multiple partners.

Men are competitive by nature, so when it comes to charming a new woman into our lives, we bring our A game. But once we’ve gotten ourselves into a stable and secure relationship, it's easy for us to take our foot off the pedal and stop putting in as much effort.

I was speaking to my friend Sarah on the phone last night who recently broke up with her boyfriend and I asked her why she left the man she loves. Here is what she said;

“In the beginning, things were great between us. But then he just stopped giving me attention - mentally, emotionally and physically. I felt like a sex toy that was being used to pass the time. I met another guy through work who made me feel like the sexiest woman alive and gave me all the attention I needed. So I left.”

Women leave men who don’t have their shit together

It’s almost a given that women will leave men who are emotionally immature and don’t have their shit together in life. If a guy is controlling, insecure and jealous, it almost always becomes a self-fulfilling prophecy and results in cheating or a breakup.

If the guy is living at home with his mother and without a job or any ambition, it can also feel like a burden for a woman to take care of him financially. His neediness will eventually turn her off. She will soon start feeling like a service provider or your second mother rather than your romantic lover.

Now if this description hits a little too close to home, there are ways you can be a better man. It’s not easy, but it’s definitely worth it if women keep dumping you. 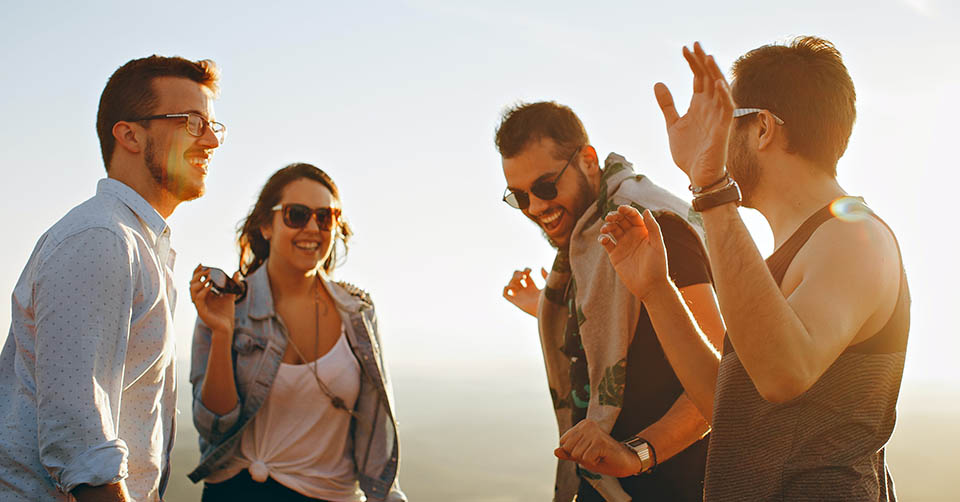 In my early 20’s, I hooked up with an older woman from Brazil. I didn’t know it at the time but it turned out she was married. She didn’t hide this from me and actually confessed that she has cheated many times on her husband.

She said she loved the intense energy that comes with meeting someone for the first time and she couldn’t help herself even though she was happy in her long-term marriage and didn’t want to leave.

“You don’t get that raw, animalistic desire that you want to rip your partner's clothes off in a marriage like you do when you meet someone for the first time.” She told me she was polyamorous and had a need for multiple partners. I don’t know if her husband ever found out about that though.

They are not satisfied with sex

Great sex is one of the most important things to have for a long-lasting relationship. If she is not happy in the bedroom, it is going to feel like torture for her to stay monogamous and committed to her man. Even if she loves him.

It’s only a matter of time before she starts fantasizing about what it might be like to be ravished by another man who will give her mind-blowing orgasms. And if she gets the opportunity she might just act on it.

If you’ve ever been left in a daze, wondering “why is she leaving me?” even though you’ve been together for years then there is something you need to know...

A Woman Leaves Mentally Before Physically

“Why would a woman suddenly end a relationship?”

The truth is, she doesn’t. She probably checked out of the relationship mentally months before she told you she was leaving. Women value their relationships so they don’t usually end them on a whim.

Instead, her anger and resentment were probably building up for months due to her needs being neglected in a relationship. The resentment heats up so much that she explodes and decides “that is it, I am leaving.”

A relationship needs constant energy and attention if you want it to grow.  As soon as you get complacent and too comfortable in your relationship, it’s beginning to die a slow death.

Women are different from men. They are intimacy-seeking beings who thrive on emotional foreplay with their partner. Things like talking, doing fun activities together, building a nice home environment, or seeing new places are the emotional fuel your woman needs in a relationship.

Men are more into the physical side of a relationship. So they stop “courting” their partner, they get lazy and treat her like a guaranteed lay. She will start to feel like you are not paying attention to her needs and she will slowly start detaching herself emotionally from the relationship.

Most men have no idea this is even happening. By the time they start wondering “why is she leaving me all of a sudden?” She has already moved on and sometimes even met a new partner.

How to Keep a Girl from Leaving You

A lot of guys get too comfortable and take their girlfriend for granted. But the secret is to keep the same energy as a young single man even though you are in a long-term committed relationship. 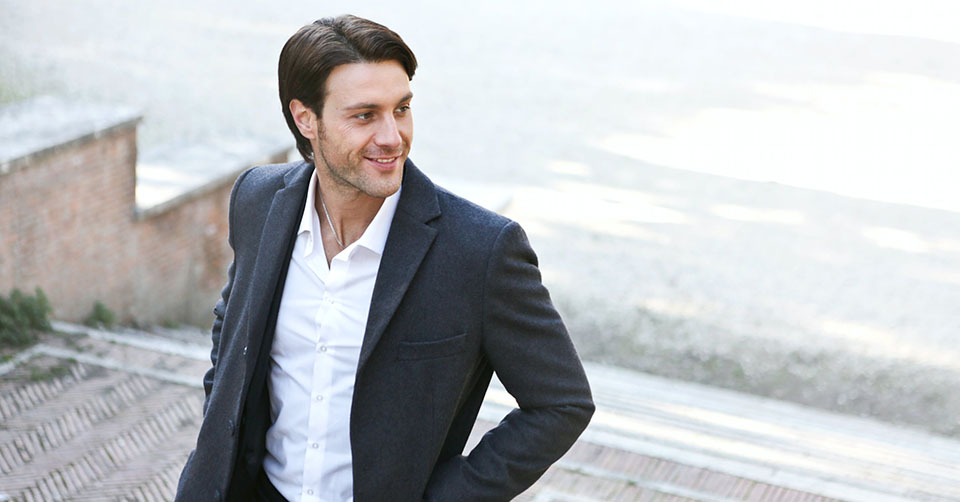 Some women find men who work out most attractive. Other women like men who are more artistic like musicians. Find out your naturally attractive masculine qualities and cultivate those traits even though you are in a relationship.

The five love languages include affirmations, acts of service, gifts, quality time and physical touch. Your partner will have a specific love language. Find out what it is and demonstrate your love in a way that is most meaningful to her.

Change her mood not her mind

Learning how to connect well with a woman emotionally is one of the most important and satisfying relationship skills you can learn. The more secure a man feels in a relationship, the more logical and practical he gets.

But the secret to maintaining a happy, healthy relationship is to focus on changing your woman’s mood, not her mind.

Here are some ways to do that;

No amount of rationalizing, explaining, justifying or defending yourself is going to matter to your woman. Focus on influencing her mood rather than trying to logically convince her mind.

Accept it and move on 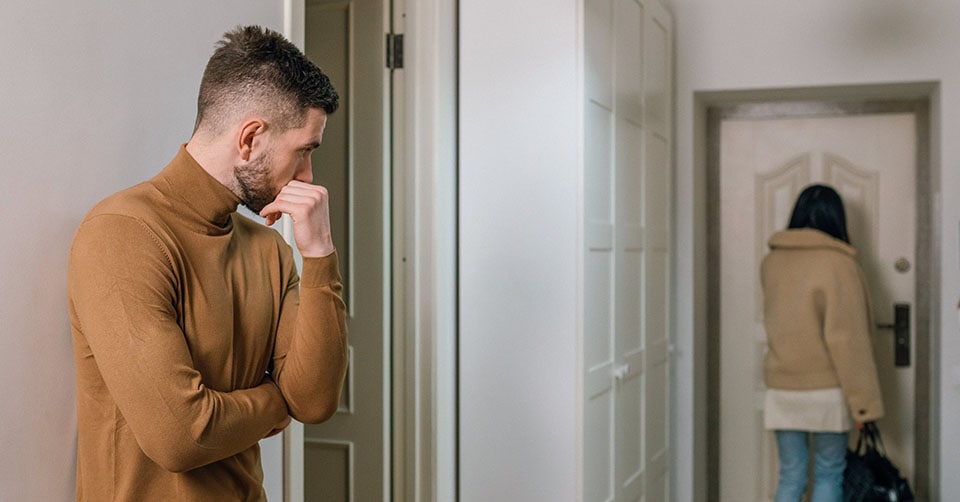 When a woman ends a relationship, she mentally and emotionally checks out of it months before telling you. Sometimes the best thing you can do is accept her decision, as emotionally difficult as it is, and move on.

If you catch yourself harboring fantasies of getting back together or playing a romantic scene where she realizes she loves you and you only, let them go. Accept that this chapter in your life has come to an end. Put all your energy into becoming a better man, learning from your mistakes and meeting a woman who does want to be with you.

It can be devastating for a man when a woman leaves him. It can take some time to come to terms with and accept her decision to leave. The quicker you move on the better. And use the painful emotions you feel to drive yourself on to become a better man and meet another woman who wants to be in a relationship with you.