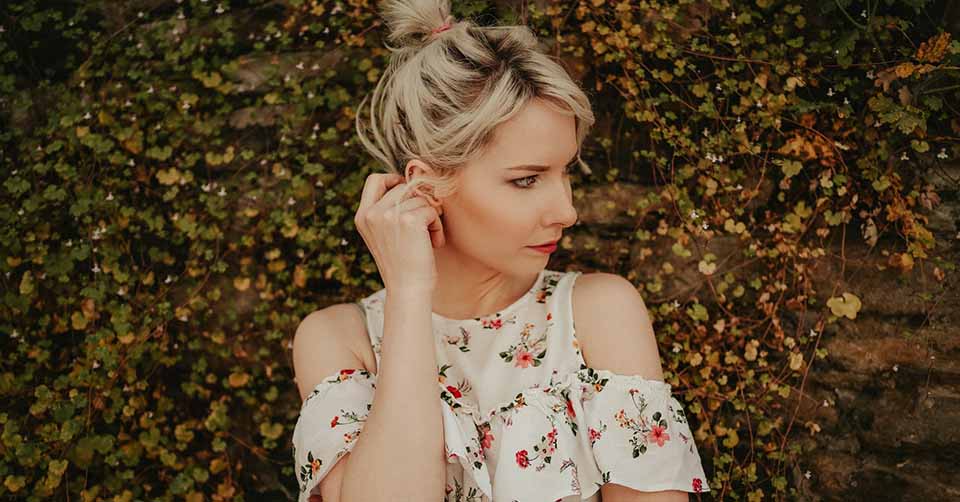 So, what gives? Why would a woman, happily married and all that, still feel attracted to another man? And what should you do if you find yourself caught in the middle?

This article will tackle both sides of the story. Whether you’re the husband or you’re the target of someone else’s wife, you’ll find your answers today.

Let’s start with the first situation.

Signs Your Wife Likes Another Man

Is your wife is really seeing another man, or are you just imagining things? If you want to know for sure, here are some telltale signs to watch out for:

It’s like she’s just not there. She goes to work; she does the chores; she takes care of the kids, and so on. But that’s it. You feel like a fixture in your house—something useful, but not exactly endearing, to her.

She talks about new friends a lot

This is one of the biggest signs your wife likes another man-—and it’s probably him.

She dresses up more sexily

When she goes out to meet those new friends, you’ll notice that her clothes are a little more revealing or louder. One look at her and you think she’s going on a hot date, just not with you.

Has she been talking about a male friend who’s in a terrible relationship? Has she been stalking his account on social media as well? If she has, there’s a good chance it’s him he’s seeing. Be on your guard.

Now, let’s say you notice your wife showing more than one of the signs above. What does it mean?

Why a Married Woman Can Be Attracted to Another Man

If your wife is seeing another man—or at least, you suspect she is—what’s going through her mind? What would make her do such a thing? Here are some of the most common reasons women leave their husbands:

She doesn’t feel the “spark” anymore 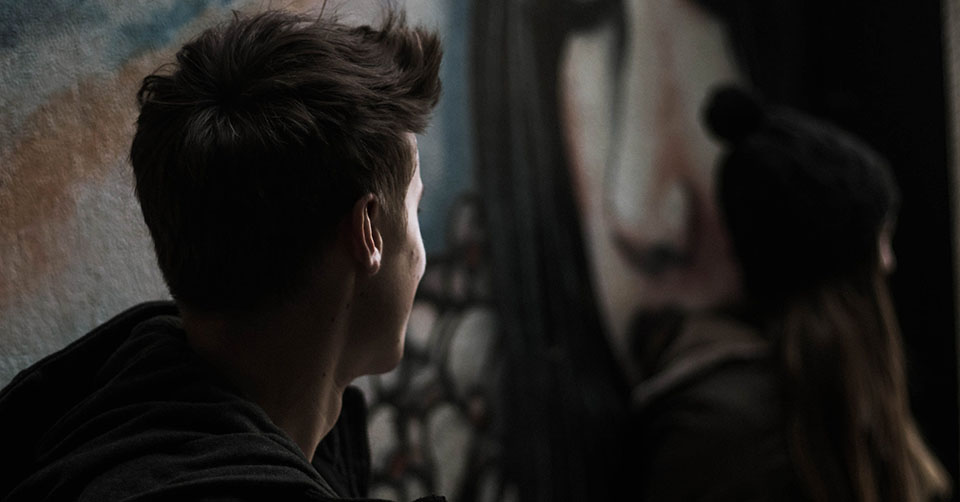 Remember that feeling you shared with your wife when you first fell in love with each other? It might have been passionate and exciting, beyond what words could say. Well, bad news—she might not be feeling it anymore.

Why would she lose that loving feeling? It could be any of a hundred different reasons. The family might be under financial strain. Or you might have been unfaithful once, and she hasn’t forgotten it. Or maybe she’s just burnt out by her daily routine. You know how it is.

It all adds up to one feeling: “I want out.”

She never experienced what it was like to date other men

What’s the second possible reason why a married woman is attracted to another man?

You were one of her first boyfriends, if not her first and only one. She never experienced dating other men, and now that she’s stuck in the tedium of married life, she’s wondering if she missed out.

It’s called “FOMO,” or the “fear of missing out.” It’s fairly common with married women today, especially with the media blatantly normalizing affairs and infidelity.

It’s not your fault, but you can control it. And you’ll learn how later in this article. 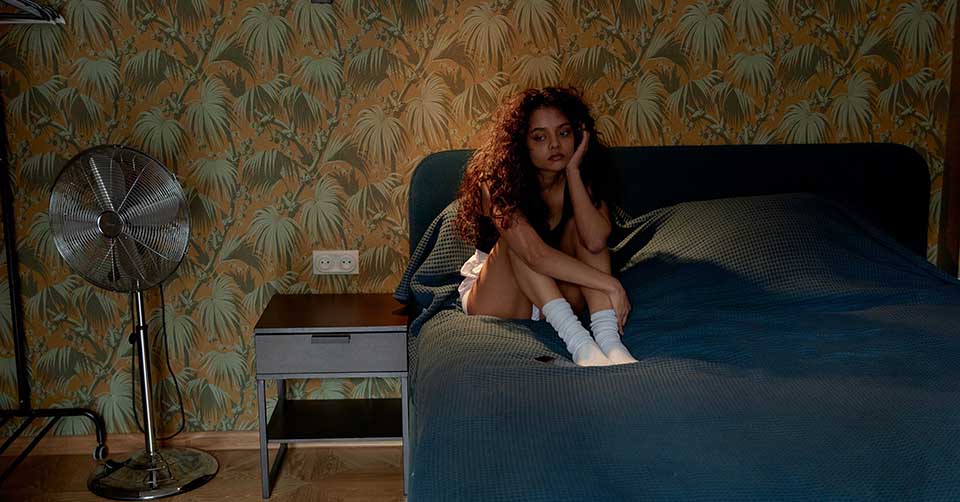 The third possible reason your wife is losing interest is this: The sex isn’t doing it for her. Her biological cycles drive her to look for good sex at least once a month. And if she can’t find it at home, she instinctively looks for it somewhere else.

This is possibly one of the most common reasons why a married woman is attracted to another man: she feels like all her pent-up libido is wasted on you.

You’re not around enough

The fourth possible reason: She’s lonely because you’re not around enough. You’re too busy with work, or you’re always away from home. There’s a reason divorce rates in the military are disturbingly high.

She wants you to chase her

Lastly: Maybe, because of a combination of the reasons above, she just wants you to chase her. In other words, she’s playing hard to get.

Why would she do that? The main reason is this: She wants you to feel you could lose her, just so that you’d work double-time to win her back.

There’s just one problem: She doesn’t know this, but if you chased her, it would only make the situation worse. You’d look needy, and she’ll feel like she’s wearing the pants in the marriage—and so she tries to make you work even harder. It’s a vicious cycle that’ll only end badly.

So what should you do instead of chasing her? Fix the root problem by winning her back, that’s what.

She doesn’t feel the spark anymore, or she’s not satisfied in bed? Start giving her the best sex she’s had in years. Get creative, get kinky, get daring—whatever it takes to make her fall in love like a teenager again.

Are you not around enough, or she wants to experience the dating life again? Make some big changes in your life to make sure you’re around her more. Take her on dates again like you used to.

You’ll see that the results you get will be so much better than if you just “chased” her. Good luck, my dude.

Now, let’s talk about the other situation.

Signs a Married Woman is Attracted to You 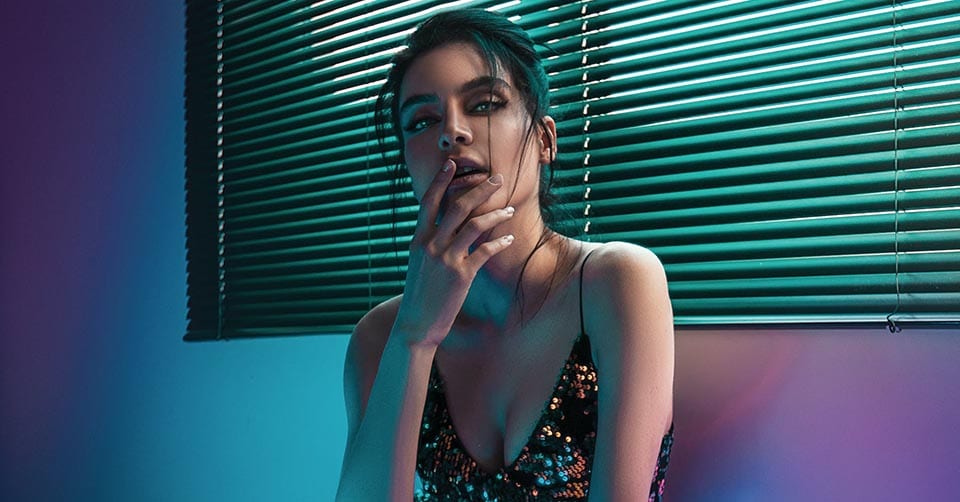 So now you know all the reasons why a married woman is attracted to another man. But what if the other guy is you? What if someone’s wife seems to have the hots for you? What should you do then?

If this sounds like you, then the most important thing to do is to tell for sure if she really is attracted to you—or is just being friendly.

Here are telltale signs a married woman is attracted to you:

She asks about your love life and talks about sex

This is one of the biggest signs out there: She asks about your love life.

“Are you married?” “Do you have a girlfriend?” “You should have one. I’m sure she’d be a lucky girl.”

It’s an even bigger sign if she talks about sex. If she tells you lurid stories about her exes, or shares gossip about mutual friends cheating, or complains about her husband... you know she has it bad for you.

She smiles, flirts, and laughs at the silliest things you say and do

Another clear sign: She has a wildly positive reaction to your funny mannerisms and bad jokes. She slaps your shoulder, and no one else’s. It’s like you’re the funniest guy in the world and she always wants to be around you.

She makes excuses to chat and spend time with you

If you work together, she’s at your cubicle or workstation a lot. When you’re at the water cooler, so is she.

Even when you’re not at work, she texts, calls, and sends little forwarded messages on social media. If she recently invited you on a one-on-one date with her, then you know she’s interested. And if you are, too, then you need to move fast.

More on that later. For now, here’s another sign this married woman is attracted to you:

It’s like she’s your biggest fan. And on top of all the fuss she makes over you, she does it with a different tone from her usual.

It might be higher than usual or lower. It’s just different, and there’s no denying it. It’s one of a woman’s “tells”—signs of attraction she can’t hide even if she tried.

She lies to her husband about you

This one’s the biggest sign of all. You’re in a café with her, her phone rings, and it’s her husband. He asks where she is, and she says: “I’m at work, why?”

Or when he asks her who she’s with, she tells him: “I’m on my own,” or she gives the names of female friends or coworkers.

If she lies to her husband about you, it means she’s doesn’t want him to know about you. And, yes, that’s a clear sign she intends to cheat on him with you.

What Should You Do if a Married Woman is Attracted to You?

You have three options:

First, if you want to avoid trouble and becoming a home-wrecker, avoid getting involved with her. Spend less time in contact with her, and her attraction will fade on its own.

Second option: If her husband is a terrible guy, their divorce is all but signed, and you want her, too, then you need to win her before any other guy. You got a head start, so don’t waste it. Just make sure you keep your bases covered by ensuring that she really is in the divorce process. You wouldn’t want to be caught up in the drama, would you?

And your third option? You can be her secret lover. That way, you both get what you want. She goes home happy, and her husband is none the wiser. Make sure your conscience is ready for that.

Pick your poison and enjoy!