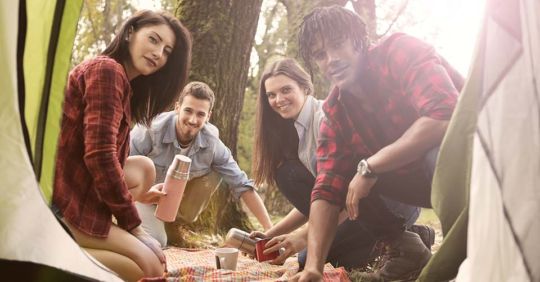 If looking for a casual or long-term partner on the internet is not your thing, then you can turn to many other great alternatives to online dating.

Let’s face it, these days people lead very busy lives and don’t have a lot of free time. And while finding a potential lover online is pretty convenient and quick, it just doesn’t hit the right spot for a lot of people. After all, not everyone is willing to meet up with a stranger (even if it’s a hot stranger) off the internet.

If you happen to be one of them and internet dating is just not for you, then read on. I’ll show you some of the best available alternatives and I’ll also explain why they’re sometimes superior to meeting someone on the web or through phone apps.

Why People Choose Not to Use Online Dating

There are some great dating websites and apps but they are a pretty recent thing.

As recently as fifteen years ago people would’ve called you crazy if you said you found a lover through an app that showed you hundreds of potential mates in minutes. But what was considered science fiction then is an integral part of dating and being social these days.

Now almost everyone knows what Tinder, eHarmony or Match is. And some people are so used to going online or opening an app to scroll through hundreds of people every day. In fact, it’s one of the most popular ways couples meet in the US. The downside is that some singles end up neglecting traditional dating altogether.

That said, there are still plenty of people who hate meeting and chatting with others online for various different reasons. Some of the reasons may seem ridiculous or obvious, but others may really surprise you. I’ll go over the main ones right now:

One of the biggest reasons people don’t like online dating is because you can’t convey emotion properly through text. There’s no way for the other person to see your facial expressions and to hear your tone of voice.

There’s also no way for them to see your body language or pick up on various subconscious communication cues that all people show when interacting with others. And these sub-communication cues are extremely important for attraction and seduction.

Another big reason why people seek out alternatives to online dating is that it’s very easy to cause a misunderstanding while talking with someone online. Since it’s notoriously difficult to convey subtle nuance, sarcasm and similar things through text, people will sometimes misconstrue what you’re saying completely.

For example, you may be trying to playfully tease a woman online by saying something sarcastic and you know you mean it as a lighthearted joke. But because there’s no way to actually show her beforehand that you’re saying something sarcastically and are simply joking. She may misunderstand you totally and take offense at what you’re saying, only to think you’re a rude asshole.

Or you may accidentally use the wrong emoji by mistake without paying attention. And it’ll completely change or ruin the meaning of your sentence and imply something else entirely. I can’t tell you how many times I’ve lost a match because of this. 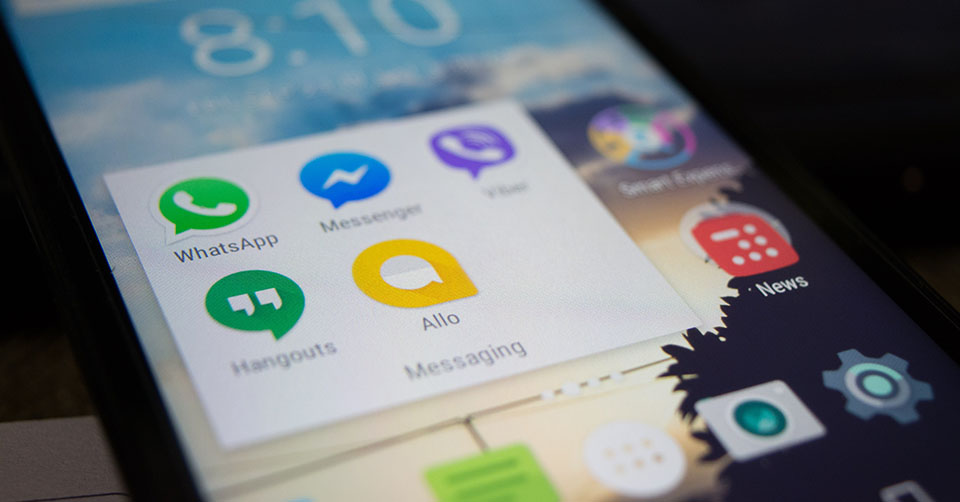 Online dating lacks the all-important intimacy because there’s just no face-to-face communication. Being close to a person is really important when you want to spark their interest and attraction towards you. It’s a big reason why a lot of potential matches online don’t go your way and why online dating sometimes doesn’t work out.

It can become overwhelming

Simply put, too many choices in online dating can become extremely overwhelming for some people. From an evolutionary standpoint, we’re just not meant to go through hundreds of potential mates in minutes.

Some people can’t take it and it becomes too much in the end, causing mental fatigue or even distress. This can actually hinder your dating life instead of helping it because it becomes really difficult to make a choice. And also makes people less happy with their eventual choices. This is called the Choice Overload Effect in online dating.

There are too many rude, mean and malicious people

If you use dating apps or websites that don't have good customer support or moderation, you’ll usually have a bad experience.

These bad experiences give online dating a bad rap and drive away plenty of people from it every day.

Now let’s talk about some great alternatives to dating websites and apps, as well as non online dating services

If you want to go the more traditional route, then bars, clubs, social circles and similar things are perfect for you. That said, I’ll also mention several less common and more exciting alternatives. Such as speed dating, which is still pretty popular these days.

The important thing to know is that you can meet women pretty much anywhere. Even at the supermarket, on the beach, or in the street, if you’re brave enough. So don’t limit yourself to the following choices only. And make sure to approach women you find attractive whenever you spot a good opportunity, no matter where you are.

These venues and similar ones are the bread and butter of real-world dating. The reason why they’re so great is pretty simple -- there are lots of people, good music and usually alcohol.

Combine all of that together and you’ll have plenty of opportunities for fun. And if you want to find someone at these kinds of venues, fun is exactly what you should focus on, incidentally.

That way women who see you will find you more attractive and will sometimes even approach you themselves.

Another great way to find love or a casual relationship is to build a huge social circle. Especially if you’re new in town and don’t know too many people. You do so by being social in your day-to-day life and by inviting people to various get-togethers. Or going to where they invite you.

The biggest advantage to building and maintaining a great social circle of buddies and friends of both sexes is that it puts dating on easy mode. That’s because it’s infinitely easier to chat up someone at a house party than at a club, for example. Women there will trust you much more and won’t blow you off because they’ll know you already know some of her friends.

This makes it easy to score with beautiful women if you’re not very handsome yourself because you’ll have plenty of time to talk to her and show her what a wonderful person you are. 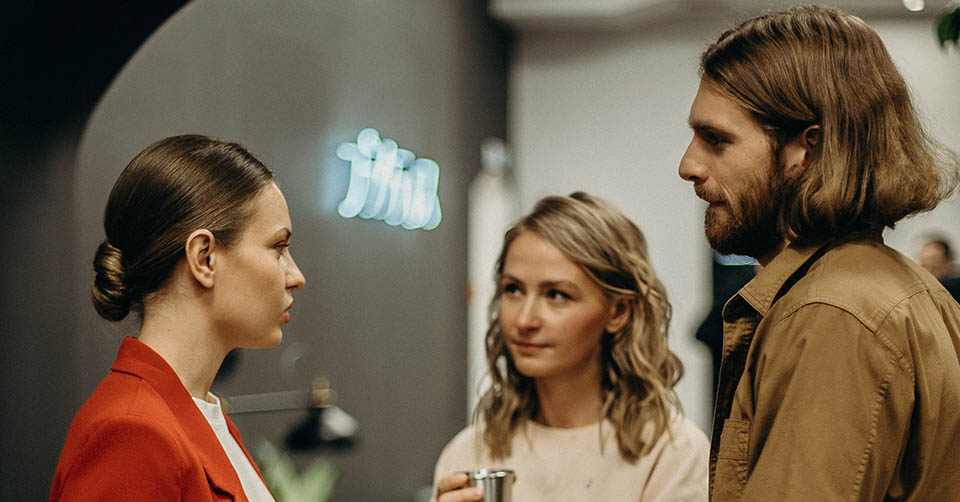 While I’m a huge proponent of the saying “don’t shit where you eat”, workplaces and workmates can also be a great way to find a partner if you know how to flirt at work.

Same as with social circles, the women you talk to will most likely know about you. So if you have great relationships with your workmates and are a fun guy to hang around, you’ll have plenty of opportunities to get with someone there.

So don’t miss out when someone invites you for after-work drinks or parties. Someone you know from work may be able to hook you up with someone from their social circle as well.

That said, don’t be too brash and don’t become known at your workplace as “that guy.” A guy who constantly keeps hitting on every woman and harassing them. That’s because it often ends up with a sexual harassment complaint and a visit to HR, which can cost you your job.

Become known as someone who’s fun, exciting or interesting to be around at work and women who will find you interesting and attractive will approach you themselves. That way you’ll be able to tell when a woman at work likes you and ask them out.

Another alternative to dating websites and online apps is to sign yourself up for a hobby class.

Pick something you actually like and enjoy doing and then join a class or hobby group to both meet people and improve yourself.

Not only will everyone there have the same common interest as you, which will make breaking the ice and chatting a piece of cake. But you’ll also have fun enjoying the activity with new people who you can either date or make a part of your social circle.

Personally, I think this is one of the best alternatives to online dating there is.

Now let’s talk about some non-online dating services. These things exist specifically for the purpose of helping you meet other single people.

Speed dating may sound like a thing of the past, but it’s actually great and is pretty much “real-world Tinder.” Basically, you get to go through a LOT of people very quickly and see if you click or if there’s any chemistry.

Some speed dating venues allow only 30 seconds to talk before you have to rotate. Others give you a minute or two to try and see if there’s anything worthwhile to pursue with the other person.

No matter what you think of speed dating, I urge you to give it a try if you dislike online dating.

Adventure groups and meetups for singles 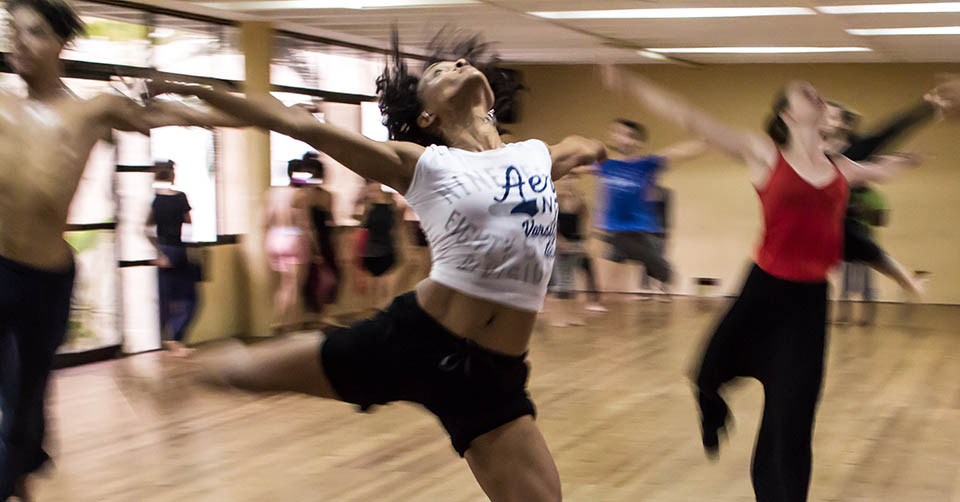 Another way to meet plenty of singles in your area is to sign yourself up for a singles adventure group or various meetups where only single people are allowed to attend.

Problem is that they may be difficult to find. And ironically, the best way to organize and find one these days is through Facebook and Telegram groups.

Basically, you find one that interests you, read their requirements, check out their members list if one’s available and then indicate whether you’re interested in attending or not.

These groups are often based around various interests, like music, movies, fashion, etc. And even things like coffee, healthy food, sports, or even science and math, for example.

In a sense, they’re like hobby classes, although often free and you don’t actually have a teacher. Everyone’s there because of their common interests and not to learn something specific.

Another great place to meet a potential love interest is various networking events for your industry. In fact, if you’re brave enough, it doesn’t even have to be something within your industry. But you should still be knowledgeable about the field.

Not only will you meet and connect with people who might increase your earning potential significantly. But you’ll also have many opportunities to chat up women who are working in the same industry as you are.

This is often where power couples are built. And I personally know a few people who have become millionaires because they found a love interest within the same industry and opened a company together after they got married.

Don’t overlook this place and attend as many as you can.

Now that you know some amazing alternatives to online dating, all you have to do is go out there and be social.

The biggest pro-tip is to focus on having fun and making everyone feel great around you. That way, no matter where you are, people will notice you and women will often approach you themselves.