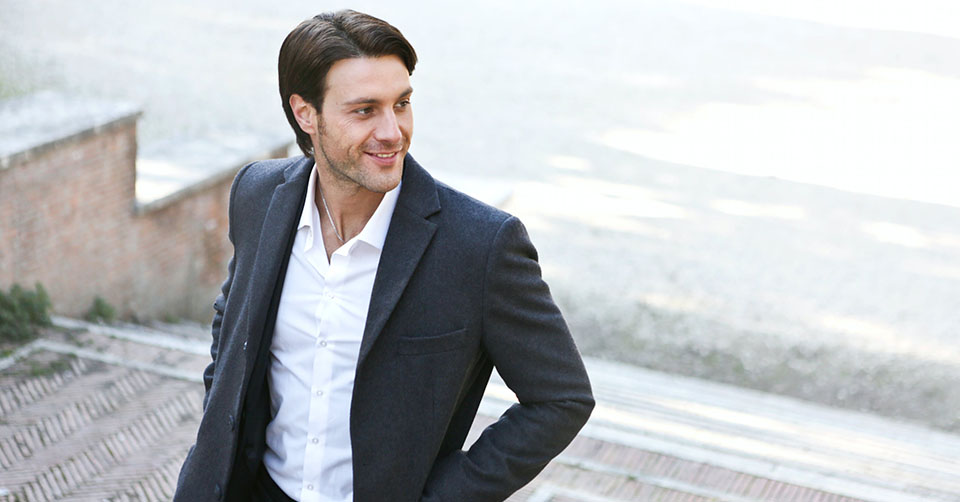 Do you want to learn how to command respect—and not just from women, but from other men, too? It’s a critical skill to have, especially if you haven’t had as much success in life and love as you want.

You might have heard the phrase: “Respect is earned.” And it might have given you the idea that to be respected, you must be charismatic, rich, handsome, powerful, and so on.

Fortunately, that’s not always the case. Commanding respect starts from the earliest moments of an interaction, even before they find out about your background, personality, or connections. And this article will teach you how to command respect right from the get-go, no matter who you speak with.

Why It's Important to Command Respect

Commanding respect is a non-negotiable skill for a man. If you know how to command it, your life gets easier in all areas. If you don’t, all areas of your life become unnecessarily difficult. It’s that simple.

Here are a few examples of how knowing (or not knowing) how to command respect will affect your life:

Imagine a woman dating a guy for the first time, and she soon realizes she can’t respect him. He’s socially inept. He warns her about his “trigger warnings”. And the more they talk, the more she sees how entitled he is.

Would she feel attracted to him? Probably not. So their first date also becomes their last.

Here’s what every man needs to understand: A woman can’t love you if she can’t respect you. And in case you’re not in a relationship right now, here’s a little spoiler: You’ll crave her respect more than you’ll crave her love.

#2: If other people respect you, she will too 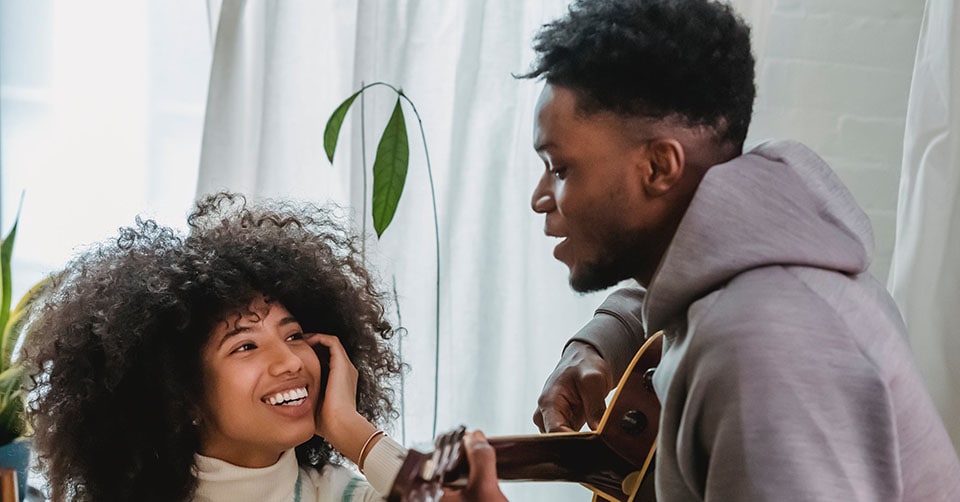 Here’s the thing about commanding respect: It’s magnetic. When people see other people respecting you—speaking well of you and holding your opinion in high esteem—they’ll feel compelled to do the same, even if they’ve never met you before.

The same goes with women and dating. When the ladies see other people holding you in high esteem, so will they. And soon, she’ll start wondering: “Is he single and available?”

#3: If you don't, you fall into a downward spiral

Meanwhile, the opposite is also true. When people see other people treating you lowly, so will they. It’s not their fault, either—it’s just human nature. (Or as they say, “Monkey see, monkey do.”)

And yet that’s not even the worst thing. When the people around you don’t respect you, it sends you into a dangerous downward spiral. You’ll start thinking the world is unfair, and so you unconsciously start taking your revenge on the world.

In today’s emasculating society, too many men fall into this trap. Don’t you make the same mistake.

So how do you command respect? Let’s start in the area of life where it matters the most—the dating game.

How to Command Respect From Women You Want to Date

The respect ladies give you can be one of the biggest boosts to happiness you could ever get in your lifetime. Below are seven ways to command respect from women you want to date. Read each one and see how you can cultivate these traits into your life and enjoy the process at the same time.

Be confident and decisive

Confidence is the most attractive male trait to women. Train yourself to be more decisive when having to make choices, and then following through on your decisions no matter what.

Here’s an excellent motto to adopt: “I may be wrong, but I’m never in doubt.” Say it, internalize it, and make it yours.

Have your finances in order 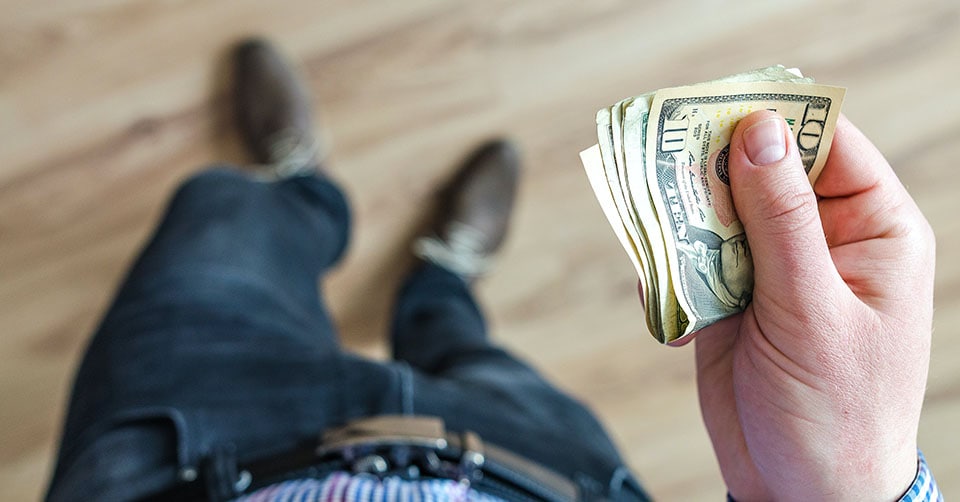 Keep a stable job while building a side business or two. Fill your savings account with 5 months of expenses for emergencies, then invest the rest somewhere. You know the drill.

If you’re not cash flow positive at this moment, you might want to take care of that before you try commanding respect from women.

That said, you should never bring up finances during a date or even in a text message. She’ll need “girlfriend privileges” before she gets access to that information.

Don't be a wimp

This doesn’t mean you rush into challenges and risks recklessly. Instead, whenever you face a decision whether to take action or do nothing, always be biased towards action. Doing nothing can be seen as cowardly, and it does little to command respect from women.

Be a man of your word

Stand up for your values

What are your core values? They might be based on your religion or upbringing. Or perhaps you had mentors in your life who you look up to even today. Whatever your values are, be ready to stand up for them at a moment’s notice.

If anyone, even a woman you’re attracted to, disagrees with or challenges your values, stand your ground. Live a life where you’d much rather lose women than lose sight of your truest beliefs. Ironically, women will find you all the more attractive for it.

Try this. Imagine there was another you. You’re working with this guy who looks like you, thinks like you, and talks like you. He’s trying his hardest to better himself, command respect, and start winning in life and love.

How would you treat him? Let me guess—you’d respect him, encourage him, and support him in his endeavors, correct?

Guess what—that’s precisely how you should respect yourself, too.

It’s funny, but most men today treat strangers way better than they treat themselves. Don’t be like most men. You should be willing to do absolutely anything to make yourself a better man.

Likewise, you’ll need to respect women. Sure, be witty, be smooth, and be a tease when you’re with them—and yet never, ever cross the line.

If you want to learn more about how to be a player without being a jerk, here’s one of our most-read articles on the topic.

How to Command Respect From a Man 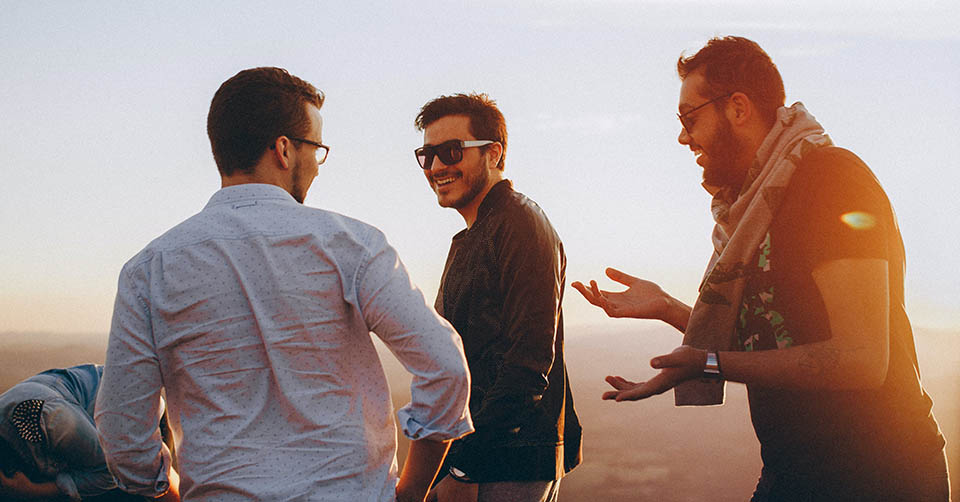 Now, how do you command respect from other men—or, for that matter, from other people outside the dating game? How do you get respect when you know everyone else wants it as well? The key is not to demand it or expect it from other people. Instead, act in a way that makes them want to respect you.

Here are a few ways to do that:

Don’t slouch, but don’t puff your chest out too much. Try this: Before you start an interaction with someone, take a deep breath. This simple action straightens your back and makes you look taller—and, in an instant, more respectable, too.

Instead of building yourself up by bragging or dominating the conversation, learn to listen. Be genuinely interested in other people. Listen to their stories and opinions, and if your own will enrich the conversation, go ahead and share.

Think of it this way. As a boy, what did you collect? Comic books? Cards? Pogs?

As a man, you’ll want to collect experiences. And simply learning to listen to other people is a fast, free, and enjoyable way to hear about their experiences and add them to your collection.

Lastly: Do you use filler words like “Um, like, you know...?” You may think they make you sound more polite, but it doesn’t command respect. Instead, it does the opposite—it makes you look flaky, unsure, and unreliable.

Try this: When thinking of a response, don’t say “Hmm,” or “Uh, let’s see...” Instead, simply don’t say anything. Avert your eyes, as though pondering your next words carefully, for three or four seconds, then give your answer.

What if you can’t think of a good response? Simple—go ahead and say, “I don’t know the answer to that,” or “That’s out of my wheelhouse, I’m afraid.” Master the art of owning up to the things you don’t know and can’t do.

And guess what? People will respect you more if you do.

So how do you command respect? In a way, gaining it from men and women have similar aspects: a confident posture, decisiveness and reciprocating with respect all play a key part. First impressions are incredibly important, whether in dating or outside of it. So the minute you're within view of someone whose opinion matters to you, start looking the part. Once they've made an assessment of you, it will be easier for them to admire your confidence, and thus respect you.

Take a moment to look at the lists above. Which items can you start working on right now? Get going and start commanding more respect from the people you meet. The quality of the rest of your life depends on it.