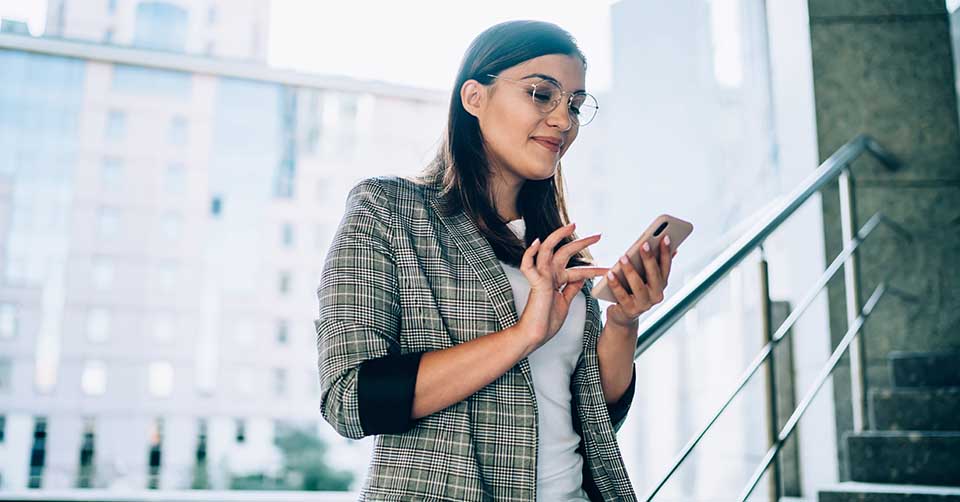 Do you want to learn how to respond to “hey” on Tinder? Your response will depend on your goal for your relationship with the girl in question. And we’ll cover all your options in this article.

When she messages you with nothing but a “Hey”, what should you do? Should you ignore the lazy greeting, or should you respond in a particular way?

Here’s the thing. Every girl on Tinder is different from all others. You may like her, or you may find her uninteresting. Or she may be someone you’ve chatted with before and currently have a good relationship with.

In these different situations, your appropriate responses will be different. So here’s how to respond to a simple “hey” on Tinder, depending on who she is to you.

How You Should Respond to “Hey” on Tinder

Your appropriate response to her “Hey” will depend on three things

Let’s take a look at each situation in turn.

If this is the first time you’re talking to her, there’s one thing you should do before anything else. And that is to check her profile and see what she’s about. What you’ll see there will help you decide how best to respond to her.

Does she sound like a fun girl? Does a friendship with this girl sound like the kind of relationship you’re looking for? And do you see zero red flags on her profile—no neediness, crabbiness, or controversial political positions?

Some other red flags to watch out for would be:

When you’re sure she’s not fishing for sugar daddies, it’s time to move to the next step.

The key is to find common ground with her, judging from what you see on her profile. Do you have similar hobbies or interests? If you do, it’ll help you make a good response.

How to craft your response if you like her

Let’s say you checked her profile, and you find out she’s a hiker like you. So you can respond to her “Hey” by asking her: “Hey, how long have you been hiking?”

Or let’s say her profile tells you she’s a dog lover, and you like dogs too. You can then respond: “Hey, do you have a dog? What breed?”

The formula is simple. Find common ground with her and comment about it in your response.

Have a backup “good” response

What if you don’t find any common ground with her by checking her profile but you’re interested in her anyway? Then go ahead and use a backup response—anything generic and friendly will do.

You can respond by saying: “Hi, how’s your day going?”

Or even better, ask her an open-ended question. “Hey there. Anything fun happen to you this week?”

You may even consider asking her a controversial question, like: “What’s up? Any trouble you’re trying to get out of this week?”

The last one may lead to a rant session, which will then give you some more common ground to build on with her. So feel free to experiment—it’s the only way you’ll know for sure.

What if you checked her profile and she sounds boring? Or if you find her unattractive? What if her profile is blank, or you feel she’s trying to take advantage of you? Maybe you swiped right on accident. That’s okay; happens to the best of us.

Then the answer is quite straightforward: Just use one of the three following responses:

What If You’re Replying Later On

Now let’s talk about the third option. What if you’ve already chatted with her before, and your current relationship with her is a good one—then she greets you on Tinder with a simple “Hey”? What’s an appropriate response in this situation?

Your goal here is to build on the relationship and encourage future conversations with her. And you can do this by replying in one of the following three ways:

“I was thinking of you.”

You can reply with a simple: ”Hey, I was just thinking of you. What’s up?” This will kick-start a conversation with her, even if her greeting was rather lazy. She might immediately reply: “I’m good... why were you thinking of me?”

A variation of this would be: “Hey, I was just about to text you. How are you?” This will likewise make her wonder what you had to say, and she’ll be more responsive moving forward.

Include her name in your reply

You can also reply with something like: “Hi, (her name), what’s good?” Saying her name can build up some sexual tension, even if it’s online. If she replies with something way more animated than “Hey,” then you know you just lit her up.

The story doesn’t even have to be true—the important thing is to get a reaction from her. Even a silly story like: “Cucumber vodka. Never try it,” will get a response from her, although expect it to be an incredulous one.

Here are a few other ideas:

She’ll likely ask you to elaborate on your story, which you can if you’ve thought it through. Or you can simply say: “I’ll explain it some other time. So how’ve you been?”

Funny Ways to Reply to “Hey”

To wrap up, let’s talk about a few funny ways to respond to a simple “Hey” on Tinder. Why be funny, you ask? It’s an option worth considering—after all, “Hey” is such a lazy greet. You reserve the right to give a response that makes you, and hopefully also her, giggle.

Here are a few funny ways to respond to “Hey” on Tinder:

Any joke will do. She says “Hey,” and you reply with something like:

“What’s the difference between a dirty bus stop and a lobster with breast implants? One is a crusty bus station and the other is a busty crustacean.”

Also: “Would you rather” questions work well in getting a more interesting reply out of her, too.

As an added advantage, these funny responses weed out the women with zero sense of humor. If she doesn’t get the joke, feel free to block her.

Use a pickup line

Likewise, replying to her “Hey” with a fun Tinder pickup line is appropriate. Any pickup line will do. “Do you have a nickname, or should I call you mine?”

You might wonder: Wouldn’t pickup lines turn her off?

If you want her to like you back, then it’s probably best to use a safe response—preferably one we discussed earlier in this article.

That said, some women love pickup lines and play right along. They’re on Tinder to have fun, after all, and they’d love meeting like-minded guys like you.

“Hey” is one of the lowest-effort greetings a woman can send a man on Tinder. It’s pretty much her telling you: “Hey, I’m bored, say something to make me not bored.” She’s asking you to do her a favor.

Whether or not you’ll give her that favor is up to you. As this article suggests, start with your relationship with the girl. Are you meeting her for the first time? Have you met before and you have a good relationship with her? Or is she someone you’d rather not spend any of your precious time with?

No matter the situation, this article has given you some good tips on how to respond to “Hey” on Tinder that leads to the outcome you want. So go ahead—send your reply and see how it goes.