How to Use Reverse Psychology on a Girl While Being Honest 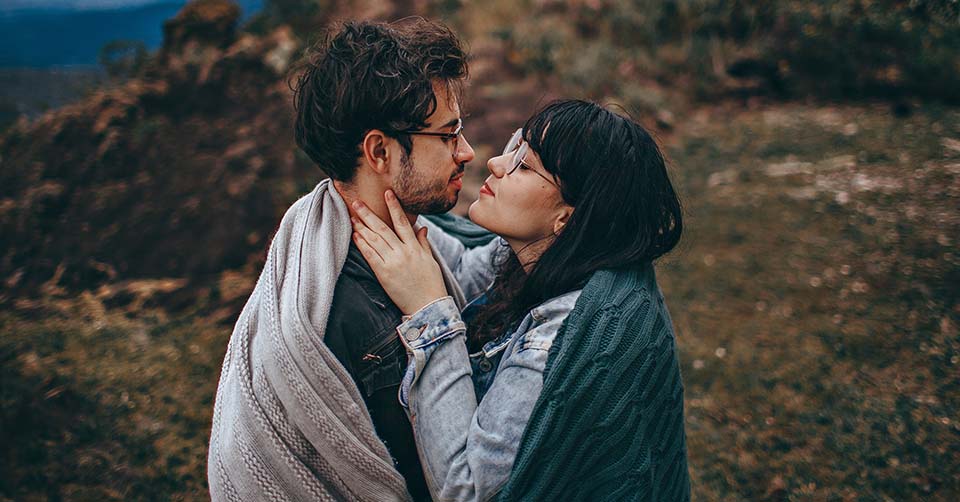 It’s interesting because even though the term “Reverse Psychology” is moderately new. Men, and women, have been using it over the centuries to attract one another.

According to Webster, reverse psychology is "the method of getting someone to do what one wants by pretending not to want it or by pretending to want something else."

For some people, using reverse psychology has the impression of being misleading and deceptive. But it's actually not as manipulative as you think. Reverse psychology is just like every persuasion technique on the planet. It will – or will not – work depending on you and who you will use it on.

Also, no one is a full-time sucker. If a guy uses reverse psychology to make a girl like him but deep down, he’s a piece of shit, then she’ll eventually see through his actions and jump ship.

However, if you’re a fun high-value guy, then girls will want to be around you whether or not you use reverse psychology on them. Character always wins in the long term, but it’s still okay to keep a few tricks up your sleeve to use in times of need.

How Does Reverse Psychology Work?

Reverse psychology works by using the power of stubbornness in people, especially women. Very few people like to be told what to do, and that’s the essence of this technique. By telling a girl what she shouldn’t do (or think off), you trigger her ego to do the opposite just to prove to herself and you that she CAN do what she wants.

In a nutshell, there are a few reasons why reverse psychology has an effect on women:

1. Women (and people in general) don’t like being put into a corner

If they feel their freedom is being threatened, they will push hard to get it back unaware that they’re doing exactly what you want.

Reverse psychology works better on independent, competitive, stubborn girls – and girls with big egos in general. Some girls will want you just because you seem like the forbidden fruit that no one can have. She wants to be that ONE to satisfy her ego, which can possibly bait her to like, or even, love you.

Ever thought about why some girls gravitate towards taken men? Wearing a ring is the equivalent of wearing a big band on your head that says “don’t touch.” And the hotter, and more valuable you are, the harder it will be for other girls to resist not chasing you.

You should use reverse psychology in moderation and after studying the girl’s character. It shouldn’t be your default attitude or girls will see through you. You must always pick the right moment with the right girl.

For instance, a famous reverse psychology technique that is often used is hinting to the guy that he makes a good friend. Personally, when I hear this, I move back instead of leaning forward because I like the feminine, not-a-player, heavily invested, “I’ll kiss you when I first see you,” and “let’s fuck in my place” type. This means that playing hard to get can sometimes backfire on you if do it with the wrong person.

As children, you used to rely on your parents for love and shelter. You were attached and couldn’t survive without both of them, and deep down, you hated this type of attachment (being too needy).

One of Freud’s theories about attachment says that people hate such neediness so much they don’t like to see it in other people, especially mating prospects. For this reason, we use reverse psychology. By slightly pushing a woman away you demonstrate a lack of neediness and trigger her desire to chase you.

3. Reverse psychology flies under their guard

Girls want to be seduced and not pushed. The first time I noticed the power of reverse psychology was on a second date with an Italian girl. We made out on the first date but couldn’t do anything more due to bad logistics, plus she lived in the suburbs.

Anyway, on the second date, all I thought of was dining with her somewhere then going back home to bang for the rest of the night. I was needy and pushy and turned her off. Had I played it cool, and made her chase me, things would’ve gone another direction.

Women want to feel like they chose to date you, kiss you, or sleep with you. Each time you make her feel pushed, she will push away and hate being around you. And since the core of reverse psychology is to make her choose, she won’t feel pressured doing anything “flirty” together because she thinks it’s her decision. Quite manipulative, but she likes being seduced this way, so it’s a win-win for both of you.

How to Use Reverse Psychology on a Girl

Here comes the part where I show you how to use reverse psychology on a girl to make her like you. As I said earlier, you must be subtle with what you do. She can be tricked but she’s not stupid. Use the following tips carefully, and only put them into action with the women that you really like:

As we agreed on before, nothing speaks “don’t touch” to the girl other than seeing you with other, preferably hotter, women.

A jealous woman is an excited one. Women may not say it out loud but jealousy excites women and triggers their competition anxiety. But how can you make a woman jealous?

Have a fulfilling life – Lead a busy and successful life that brings more women to your circle. The more of a social animal you become the more women you’ll attract. Have fun much as you can and women will want to join your company either to boost their ego or because they genuinely like you.

Get wing-gals – I don’t believe much in having female friends. Eventually one of you will grow some feelings for the other and things will fall apart. However, if you still manage to keep things cool with a female friend, then let her be your wing gal. If she’s hot and cool enough, then expect other women to feel jealous of her.

2. Break rapport with her

Breaking rapport in pickup lingo means slightly pushing the girl away. Stuff like “honey we’re not a good match,” or slightly pushing her away when she does something clumsy shows her that you’re not fully sold on her and forces her to win you back.

If you like Eminem and she says she thinks he’s overrated, don’t agree with her. Tease her for it, or say something like “you and I won’t get along.” It’s a fun tease but also shows that you’re not afraid of losing her. That will make her put extra effort to chase you.

Tell a girl she’s bad at something she’s supposed to be good at and most likely she’ll try to prove herself to you by doing exactly what you want. Try to tell a girl that she’s a bad hugger or she doesn’t seem like a good kisser and you’ll throw doubt in her head and will mostly result in an intimate hug or kiss to win your affection.

4. And The Pink Elephant Effect

You’re probably familiar with The Pink Elephant Effect, but in case you don’t...

If I tell you not to think of a pink elephant, then you most probably will. It’s how the mind works.

Similarly, you can instigate new ideas in the girl’s mind by asking her to do the opposite. If things are going well during the date, try throwing in a few instigations such as “don’t stare, you’re being obvious" or "you probably think about how it feels like to kiss me… don’t, it’s too early." Say it with confidence a hint of teasing cockiness.

This will often work with girls who are already on the fence about liking you. It will imply that you can already see through their actions and body language, and may lure them to throw caution to the wind and go that extra mile with you.

5. Tell her to better watch out

What do you do when you want a girl to behave a certain way without sounding pushy? Tell her that you don’t like girls who do/say XYZ, and let her adjust her behavior accordingly.

Don’t hesitate to tell girls what you don’t like in a woman, then see how they will respond to you. Make it a point to tell her early on that you don’t like timid girls or prefer girls who are feminine and cuddly over stubborn ones and notice the difference. Those who are attracted to you will jump through hoops just to show you they are your perfect type, which will make dating them an easy, and very fulfilling journey.

If you're one of those guys who don't know how to use reverse psychology on a girl, we hope our tips above will be helpful. These techniques might not align with your personality just yet, but if you try them out, you'll see just how well they work on women. So forget being needy and throwing yourself at her mercy; try being a little stubborn and contrary and you'll see just what women will be willing to do to get you to like them.