How To Know When to Stop Pursuing a Girl: The 8 Rules Guys Need 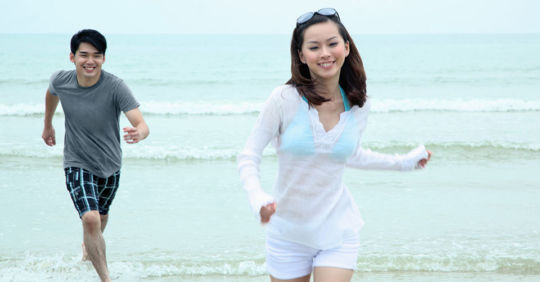 Men are the ones who are supposed to lead and take the risks in dating, right? Then why are some men called creeps and weirdos for taking the initiative with women? That’s because some men simply don’t know how to read the signs that women give off. In this article, we are going to cover when you should pursue and when to stop pursuing a girl so you never come across as creepy or weird.

Let’s face reality, no matter how good-looking you are, it’s extremely rare for a woman to take the lead and ask you out. Women are usually reluctant to make the first move so they wait for a man with confidence who isn’t afraid to risk being rejected.

There is a fine line between displaying boyish charm and becoming a weird creep who can’t take a hint. The difference is in knowing how to spot the subtle signs of interest and knowing when to pursue or when to let go.

A confident man pursues a woman who he knows is at least showing mild signs of interest in wanting to get to know him. He can also identify when a woman has absolutely zero interest and in that case, he knows it is best to go back off.

Here’s a quick test to know if you’ve got a “crush”, do you spend more time thinking about her than you do being with her in person? If you answered “yes”, you’ve probably developed a crush. In that case, it might not be wise to pursue her. Let me explain…

Why You Should Stop Chasing Her

Chasing a woman who hasn’t expressed clear signs of interest can be disastrous for you. It can ruin your social reputation, repulse other women who see you being rejected and cause you heartache when your fantasy all comes crashing down.

Some will, some won’t, so what?

In his book “Why Women Have Sex”, Dr. David Buss explains that at an unconscious level, women are drawn to men with whom they are genetically compatible. So no matter how much you improve your value, status or social skills, some women are genetically predisposed to not responding to your type. If a woman seems unresponsive then you definitely don’t want to be making any big moves on her. 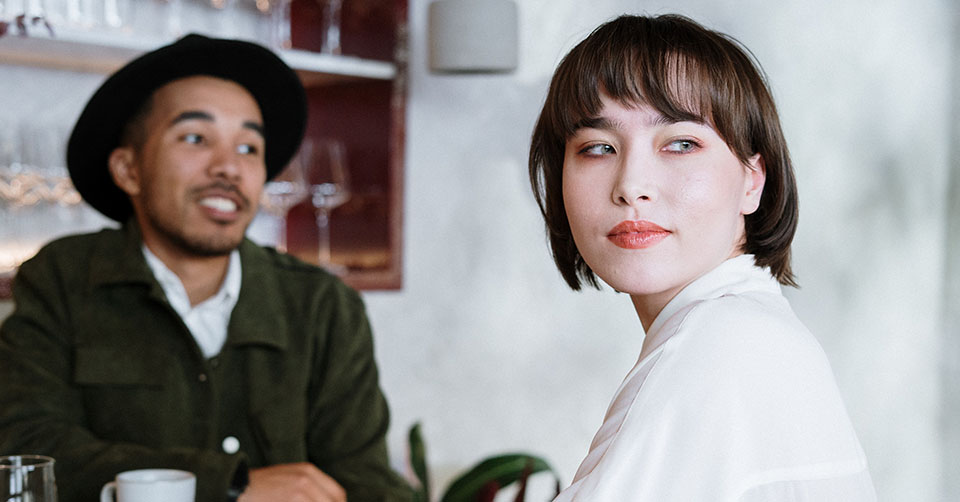 Evolution favored the man who went for it despite a high risk of being rejected over the man who was overly cautious and missed a mating opportunity. Generally, I am all for giving it a go, getting over rejection quickly and handling it like a man.

The problem is when a guy develops a “crush” on a woman and passively pursues her. Such a man should be warned not to waste his time chasing unrealistic dreams and start pursuing women who are actually showing signs of interest in him.

Avoid the pain of heartbreak

During my teenage years and early 20s, I developed “crushes” on lots of different women. I would imagine myself being with them. I would imagine how much better my life would be with them in it. I would create an idealized version of her in my mind. I would spend more time with her in my mind than I did in person. Let me save you the agony, it never works out because it is based on a fantasy not reality.

Here’s my motto now; Don’t develop crushes on girls who show no interest in you.

My first criteria for pursuing any woman is that she must be showing high interest in wanting to be with her or else I am not interested. There are plenty of good-looking women who will be happy to be with you. We should only focus our attention on these women. 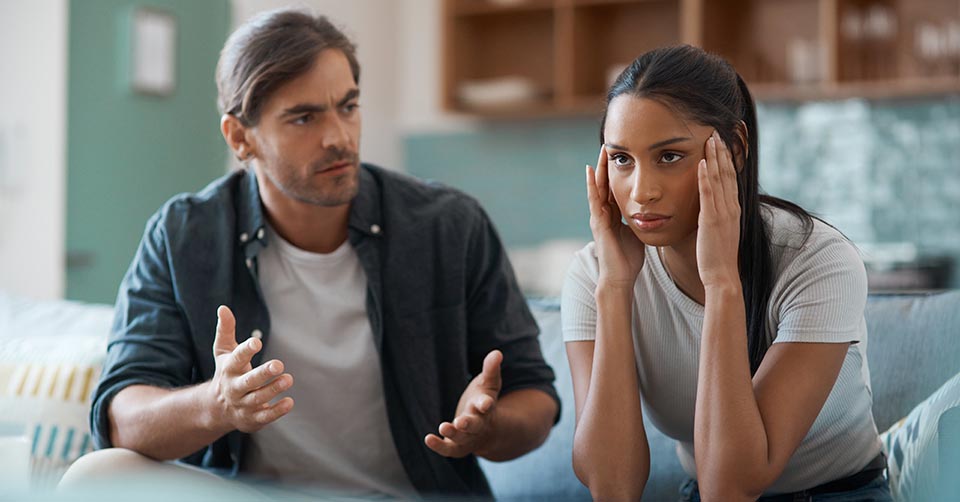 If a man wants a woman who doesn’t want him, he has lost and has no chance of winning. According to David Deida, author of “The Way of the Superior Man”, “his neediness will undermine any possible relationship and his woman will never be able to trust him”. A woman must always want the relationship more than you do. When you find yourself wanting it more than she does, the universal laws of attraction are working against you. Any attempt to woo her at that point will be futile.

Playing “hard to get” works

It’s been scientifically proven that we value what we have to work hard for, especially when it comes to romantic interests. Expressing your interest in a woman can work but what is much more powerful is to reverse the roles and have her pursue you.

"People who are too easy to attract may be perceived as more desperate," says Birnbaum. "That makes them seem less valuable and appealing -- than those who do not make their romantic interest apparent right away." Playing hard to get may work as long as potential partners feel that their efforts are likely to be successful -- eventually.

But be warned, the strategy doesn’t work if you seem disinterested or arrogant. You’ve got to give her an indication that you are interested in her but not 100% convinced yet so she works hard and invests to get your approval.

The “he loves me, he loves me not” effect creates powerful emotional and sexual tension for women. The tension is built through anticipation. The more it builds, the more she wants to touch you, kiss you and have sex with you.

When to Stop Pursuing a Girl

The difference between a confident man who goes for what he wants and a creep who can’t take a hint comes down to your ability to read signals of interest, knowing when to pursue and when to stop pursuing a girl.

Spotting signs of interest and disinterest 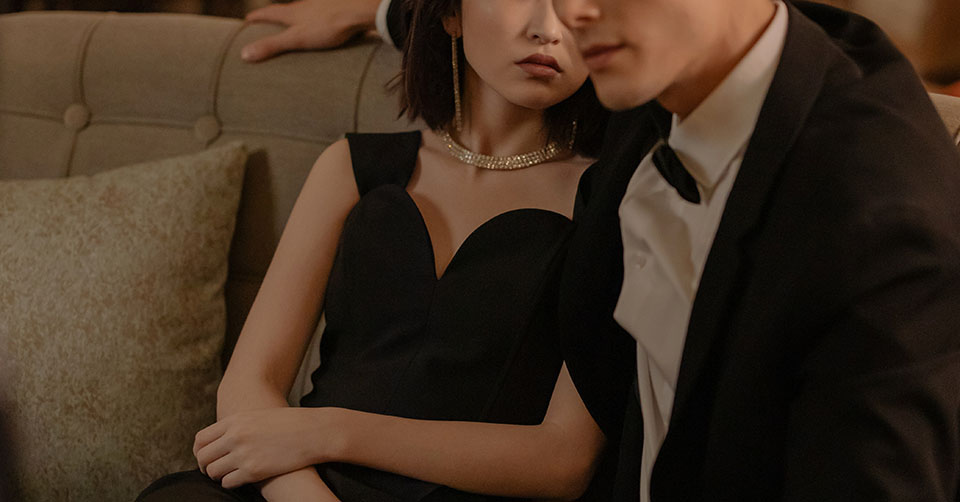 Research shows that we send covert sexual signals to people we are interested in. You can develop an eye for spotting these subtle signals so you know when to pursue and when to stop pursuing a girl.

If a woman has no interest in you, she won’t give off any covert sexual signals. Here are some things to look out for:

If the answer is “no” to any of these questions, then it is probably best to cut your losses and move on.

It can be cool to display a bit of boyish charm when a girl pushes you back. Sometimes persistence pays off but at a certain point, it becomes unwanted and creepy. I find anything more than 4 attempts is too much. If a girl rejects my advances 4 times then for me, I know exactly when to stop pursuing a girl.

I will give a girl 4 opportunities to show high interest in me but if she doesn’t, it’s a sign that she is just not that interested. This lets me know when to stop pursuing a girl. If I keep pursuing past this point, I am going to push her further away and look desperate in the process. The socially intelligent thing to do is to stop and move on.

Do you spend more time thinking about her?

If you spend more time thinking about her than you do with her in reality then you’ve developed a “crush”. And “crushes” can be dangerous. You have just created an addictive mental fantasy in your head that is so far detached from reality that it is going to sting when it doesn’t work out.

You’ve outsourced your own personal happiness to someone else, which is never a good thing. I would suggest you stop obsessing about this woman and go build a great life for yourself where you can be happy without having to rely on women to fill a void for you.

If you see a girl you like and you are not sure whether she is showing signs of interest or not, by all means ask her out and be willing to get rejected quickly if she is not interested. But be careful about passively pursuing a woman and creating a mental fantasy in your mind. It’s always better to dwell in reality than it is to get lost in a fantasy