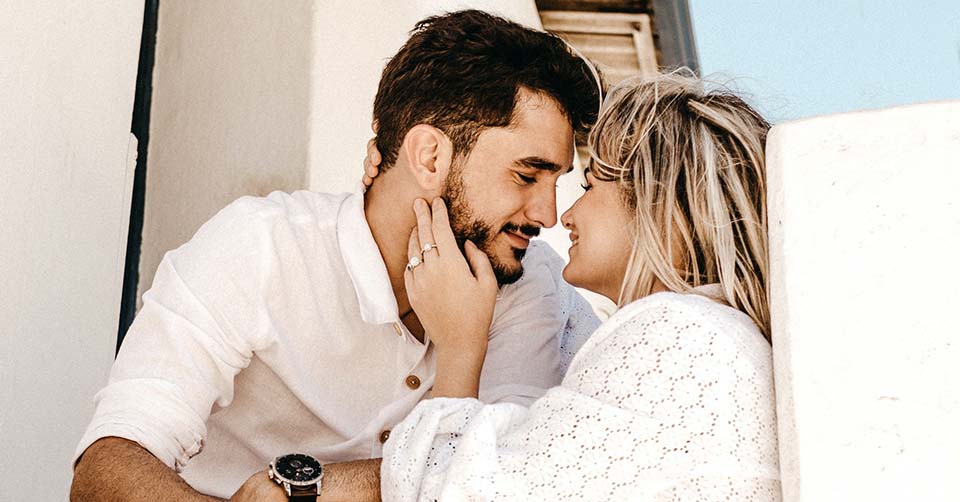 When you’re head over heels for a woman, nothing hits quite as hard as realizing she just wants to be friends. Just picture this scenario:

My friend, Anthony was telling me about this Polish woman, Karolina, who he was crazy about. He is a very wealthy, middle-aged man who was recently divorced. Karolina was hot, half his age and giving him signs that she was interested in him.

He started taking her out to expensive restaurants, paid for her to go to see a Chiropractor and even surprised her with a trip to Paris. There was only one issue, they hadn’t even kissed yet.

He couldn’t understand why she was dressing so sexy around him, holding strong eye contact and giving him so much time and attention. Yet nothing was happening. Confused by the whole situation, Anthony took matters into his own hands. He pulled her aside and made that big confession.

Karolina almost burst with excitement. When she NEVER said, “OMG Anthony, I never knew. I have been feeling the very same way and I just thought I might not be good enough for you. I would love to be your girlfriend and build my future with you”.

Let’s be honest, I don’t think any woman in history has ever said this to a man who vomits his emotions all over you. Here’s what she really said:

“Awww thanks, Anthony. You are so sweet. I love spending time with you. You are such a nice guy and you are going to make some woman very lucky. I just don’t want to lose our friendship.”

The worst strategy in the world for getting out of the friend zone is to “man up” and confess how you feel about her. Emotionally vomiting all over her is not how you’ll make her like you if she says she just wants to be friends.

Furious about his recent setback, Anthony was determined to know when a woman genuinely likes you or when she is just stringing you along as a friend.

Signs She Just Wants to Be Friends

Let me get one big misconception out of the way before we proceed:

A WOMAN DOESN’T PUT YOU IN THE FRIEND ZONE, YOU PUT YOURSELF THERE.

A man puts himself in the friend zone by playing it safe, being too nice, taking no risks, being too available and placing too much importance on having a particular outcome with one specific woman.

Unfortunately, you may have figured out that being Mr. Nice guy who does everything to try to please her and make her happy rarely leads to getting her in the bedroom. Instead, you have got to be a man who takes the initiative, goes after what he wants early on and is willing to be told “no”.

Here are five clear signs that you are knee-deep into the friendzone:

She prefers to text rather than meet up in person

Some women will keep a guy they have no interest in hanging around in a text relationship. Although she has no intentions of meeting you or being your girlfriend, it feels good having a guy stroking her ego and giving her lots of attention.

She tells you, “you’re such a nice guy”

If she tells you “You’re such a nice guy”, “you’re different from other men” or “you will make some woman very lucky one day” this is another clear sign that she has no romantic interest in you.

If she takes you shopping with her, for a picnic in the park or any other activity she does with her girlfriends, it is a clear sign you are in the friend zone. She may even talk to you about the difficulties she is having with other guys who are being a “jerk” to her.

No flirting, kissing or sex after months of dating/texting

If she shows zero interest in any physical contact with you or even some subtle flirting, it’s clear to see that she has no romantic interest in you.

She is in control of the relationship

If she is the one setting the tone and leading the relationship, with you tagging alongside trying to meet her expectations, then you are in the friend zone. And if she’s leading you in the fun-guy-I-like-to-hang-out-with direction, you’re going further away from the guy-I-want-to-date direction.

If this all sounds too familiar I am sorry to be so explicit, but you have officially become her “girlfriend with a penis”. She no longer sees you as a man she is romantically interested in.

Before I show you how to get out of this mess, you’ve got to know how to notice...

Signs She Wants to Be More Than Friends

“Does she like me more than a friend?” I get asked about it all the time. Let me be blunt, if a guy is asking this question, it is a sure sign that he is so deep into the friendzone that it’s going to take an emergency response team to get him out.

These men are usually clever guys and they have read books on body language and even hired dating coaches in the past. So, they usually object with something like, “She was playing with her hair when we had dinner last night” and “she even licked her lips a few times” as if I am ignorant to the dynamic of this particular interaction.

It’s not his fault, there is a lot of dating advice that tells men to look for these signs. The problem? It’s too passive, it puts the burden of initiation on the woman and all these micro-movements can easily be taken out of context.

You don’t have to become an FBI agent when it comes to reading signals. But you have to create initiative. You have to lead the dance and this means making moves and observing the reaction you get based on these advances.

Here are some examples:

One of the top signs she wants to be more than friends: you get her full attention

When you initiate a conversation do you have her full attention? Is she holding eye contact with you and energetically engaging in the conversation? You know, like giving you full answers and asking questions back. This means no looking around, checking her phone or giving dead answers.

She wants your approval

Let’s say you're in the middle of a conversation and she says, “I love to go wild on the weekend” and you say “I am more into fitness and going for early morning hikes”. If she backtracks and says something like “Oh, I only go wild once in a while, I love early morning hikes too”. She’s showing you that you have something in common. That’s something she wouldn’t backtrack on if she just wants to be friends.

How does she react when you touch her? Does she let you rest your hand on hers? Or maybe she shows that she’s comfortable with getting physical by touching your shoulder or leaning in close to you when you’re sitting down. When you close the space between you and her, how does she react? If she is welcoming, then it is another good indication she wants to be more than friends.

Making micro-moves and observing whether she is giving you a green or red light is far better than doing nothing and going into over-analytical mode, trying to decode her every movement and what it might mean.

Cool? Okay.. so your knee-deep in the friend zone and you want to get out of it...

The friend zone is never a good place to be and it isn’t easy to make her change her mind. You have positioned yourself as a non-sexual, harmless, Mr. Nice guy, so she wants to be friends with you and nothing more. Tough, right?

When it comes to being friendzoned, prevention is always better than the cure. But, hey we are where we are and we’ve got to do at least shoot our shot even if she says she just wants to be friends:

Men put themselves in the friendzone by being too available. You’ll end up spending too much time texting, calling and responding to her every beck and call. When she says, “jump,” you say “how high?”

You have got to place more value on your time so she will appreciate it. Because while you are running around after her, she will drop you like a hot potato for a man who does value his time. Break this pattern first of all.

No more shopping trips or lunches

Avoid doing anything she does with her girlfriends like shopping, picnics in the park, long phone conversations about guys she likes, chit chat on Facebook messenger. If you want her to like you more than friends, then you’ve got to be different from all her other friends. This is where you should show more initiative. If she texts you a lot, learn to low-key flirt with her over text. If you always end up meeting for lunch or to do errands, try to steer her towards activities that can be considered dates like going to a bar, having dinner or watching a live band.

A little cliche, sure. But hear me out. All the energy you were giving her, give it to yourself. Go do fun things. Create a bucket list. Pursue your passions. Take on challenges. Start vigorous exercise. These activities will raise your energy, it will make her curious about what you are doing and why you aren’t as available for her anymore. On top of that, it might even end up making her want to be a part of all the fun activities you get up to.

You want to build sexual tension with her. She has to see you as a sexual being, not just some nice guy who orbits around her. You want her to think of you as someone she could potentially have chemistry with. And yes, it is possible to do this without coming off as a creep!

Invite her for a non-friend date

If you want to get out of the friendzone, you HAVE to ask her out. Drinks in the evening at a trendy bar in town for example. Instead of making a big, dramatic, emotional confession about how you feel. Throw in a bit of tongue in cheek, playful, sexual banter like, “You know what, tonight I am feeling differently about you.” She might just get the hint.

Sometimes when you are so far deep in the friendzone, it is better to move on and pursue other attractive women. But at least this time, you will have the skills to know how to avoid the dreaded friend zone in the first place and you won’t be left wondering if she just wants to be friends.

By Ryan Vine
Dating Expert
Ryan Vine is a regular contributing author to BeyondAges.com. After many years of great success dating older women he now loves sharing the secrets to his success. When he isn't writing, he usually spends his time sweating at Crossfit, playing with his bulldog Max, and practicing the violin.
Join Our Newsletter For Exclusive Dating Tips & Advice