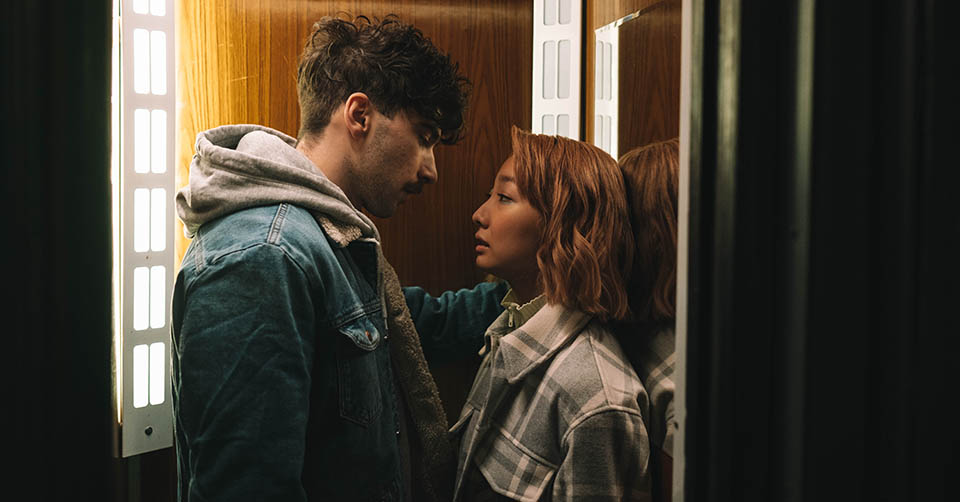 When you are in a fake relationship, you just know that something feels off. Over time, you start developing a sense for those subtle signs she is pretending to love you. Fake love leaves you feeling insecure, disrespected, unhappy and like you are walking on eggshells.

Your relationship is in status only but it is probably lacking all the other ingredients like great sex, deep conversations and romantic gestures. You still might be wondering, why would someone pretend to love you when they could just leave the relationship? Why are there people who choose to stay with someone when the relationship is all a facade?

I’ll answer these questions and I’ll also talk about my own experience. Read on!

My Experience with a Fake Relationship

In my early 20s, I met a woman who was here on a holiday. We struck up a conversation at the bar. The vibe was flirty from the start and within an hour, I was back at her hotel room. Later on, I found out she was actually married with kids.

She confessed she’s been unhappy for years in a sexless marriage. She complained that her husband is terrible in bed and just doesn’t know how to satisfy her. What happened next really shocked me…

Her social media accounts were full of lovey-dovey photographs of her and her husband. They looked like the perfect couple. I was expecting to see photos of an unhappy couple, you know, physical distance, expressionless faces who are just staying together for the kids’ sake. By looking at her photos you would never know she was unhappily married - the camping trips, #couplegoals, #dreamhome, smoochy romantic nights out.

From the outside looking in, things looked great but on the inside something was wrong. This is the essence of a fake relationship. I am not sure what was motivating her to stay in a fake relationship, maybe it was the financial security, social implications of divorce, having a comfortable home or the kids. Who knows!

One thing I know for sure is that you don’t want to be the one caught in a fake relationship. Signs she is pretending to love you emerge in the early stages of a relationship. These signs are often ignored until they become stronger and stronger and eventually start taking a toll on your mental health.

What are the most obvious signs she is pretending to love you? Let’s take a look…

Signs She Is Pretending to Love You

It’s very easy to rationalize, explain or defend away the signs she is pretending to love. You may have normalized her behavior as “this is just who she is as a person” but the truth is, these signs should never be taken lightly.

Constantly nagging you over small things

If she is constantly nagging you over small things blowing them out of proportion, then it’s a sign you’re in a fake relationship. Does she nag you to take out the trash? Does she create drama when you hang out with the guys? Does she give you the silent treatment the whole day just because you forgot something she mentioned two weeks ago?

These little mini arguments seem harmless but they are not a prerequisite for being in a loving, happy relationship. Constant nagging is going to create defensiveness and division. Who wants to be walking on eggshells around the people you should be most comfortable with?

You’re changing to please them 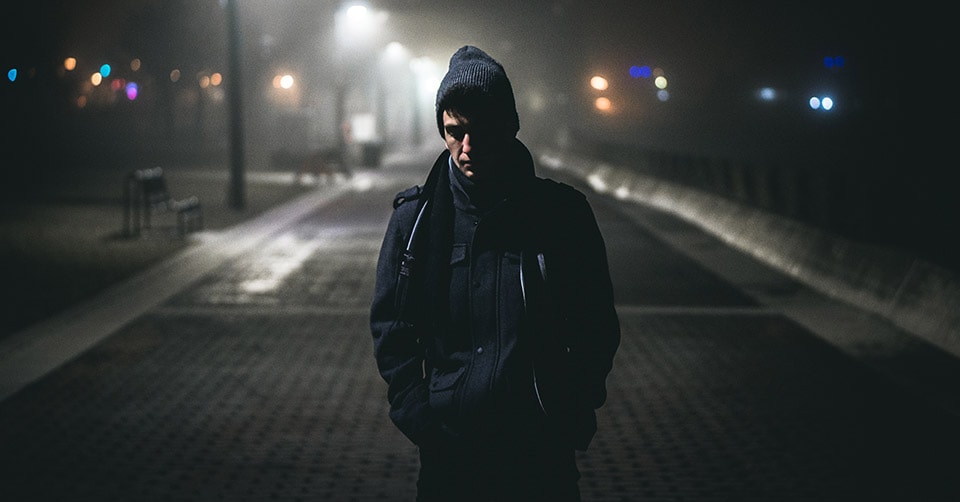 The difference between true love and fake love is that when your partner really loves you, she will accept you for who you are. If you find yourself feeling pressured to change who you are to fit into your partner's expectations then it is one of the signs she is pretending to love you.

Are you doing things to get your partner off your case or prove to them what a great partner you really are? Long-lasting relationships are built by respecting and encouraging the individuality of the other person, not trying to control or manipulate them into being the version we want them to be.

She is never off social media

Studies have shown unhappy couples tend to post about how amazing their relationship is online. When people felt more insecure about their partner’s feelings, they tended to make their relationship visible. So it might surprise you to find that while you’re not in a great spot in your relationship, she might post photos of you two together.

If you’re experiencing problems in your relationship, it’s possible that you start looking for outside validation in the form of “likes” to fill the void. If they are frequently posting on social media about how in love with you they are but behind the scenes, they are emotionally numb to you, these are signs she is pretending to love you. 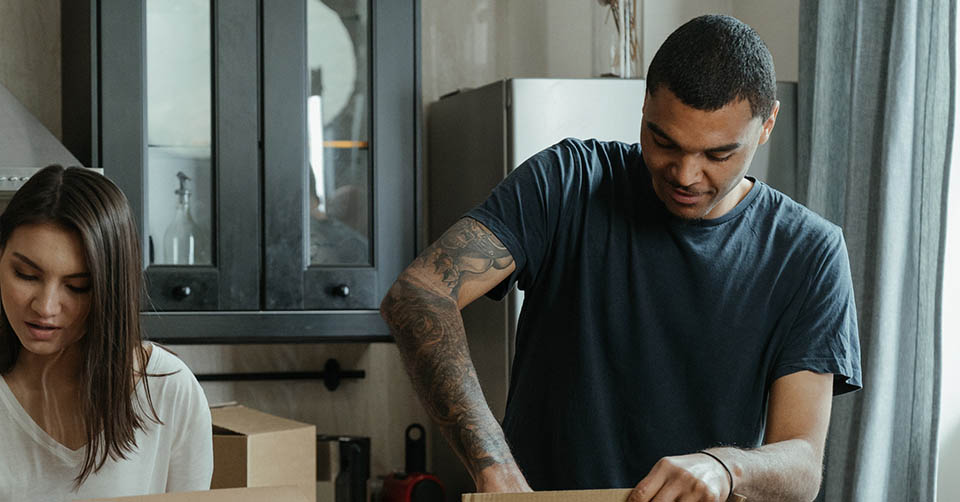 One of the things I’ve noticed is fake relationships tend to move super fast. If you are in a fake relationship, you’ve probably had sex on the first or second date. You made your relationship official in the first month. Planning on moving in together shortly after and even talking about kids and marriage and it’s only been 3 months.

If you feel the need to jump from one relationship milestone to the next you need to step back and ask yourself why? Over-commitment at the beginning of a relationship is one of the signs she is pretending to love you. It can make you wonder why she’s in such a rush? Are you a rebound? Is she with you because she has a deadline for marriage and kids? Is she being pressured to commit? As the old saying goes “easy come, easy go”.

She doesn’t care about how you feel

Your conversations are surface-level. Your relationship feels dull and mechanical. If you do express how you feel she might say something like “get over it”, “stop being so sensitive” or to stop whatever you might be feeling. Everything revolves around her and what she wants, and you’re just there for the ride.

The only time she shows genuine enthusiasm and excitement for the relationship is when you are going on a holiday, a meal in an expensive restaurant or anything else she can post on the gram.

Why Would Someone Pretend to Love You?

Studies have shown there are many reasons why someone would stay in a relationship even though they don’t really love their partner. It could be that she doesn’t want to hurt you. She could also be staying put because the alternative of being alone seems less appealing. The amount of time, resources and emotions invested in a relationship will also indicate the likelihood of her decision to stay or leave. Here are some things to consider:

She’s comfortable, she’s not in love

Maybe you’ve been together for years and she is just so familiar with you that she doesn’t want to let you go, even though she isn’t in love with you. If you’ve got a comfortable home and an established routine then the uncertainty of leaving the relationship can feel daunting. Many women will stay put in a relationship while they dream and fantasise about meeting someone else and running away. In some cases, she might find someone online and cheat. 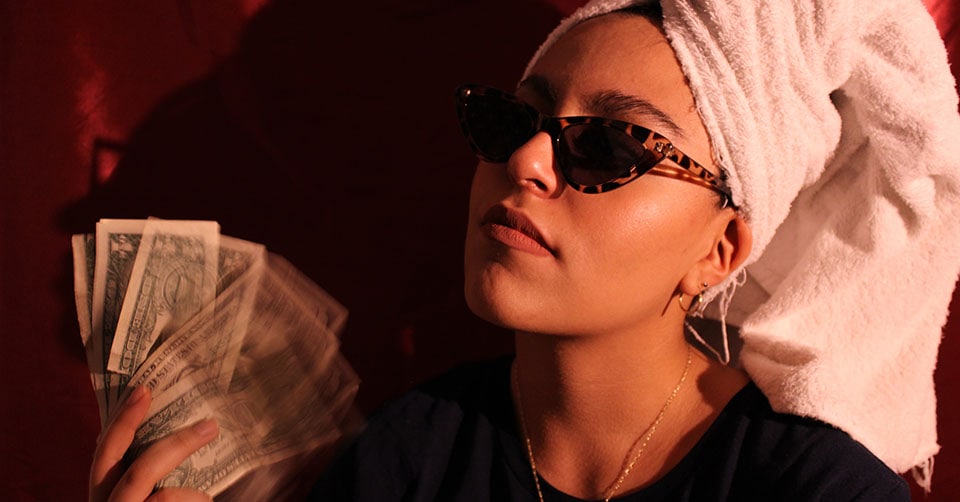 When it comes to modern dating and relationships, there are a whole lot of games being played by both sides. Pick Up Artists are learning routines and techniques to get women into bed. And women are learning how to use their beauty to get financial benefits from a man. Naturally, being in a gold digger relationship feels more like a transaction than a real relationship.

Check out, “Ho Tactics: How to Mindf**k a Man into Spending, Spoiling and Sponsoring” for a fascinating read on how women use their sexuality to “game” a man out of his money and to secure a life of luxury for themselves.

Fake Relationships: What You Need to Know

Are you too forgiving?

In a study, the researchers found that people felt certain of their opinion of someone who they thought was "good" and that they were more open to change their opinion of someone they felt was "bad", even if they had been presented with evidence of bad behavior. Are you making excuses for her bad behavior? Then you may need to face up to reality before things get worse!

Putting up with shit to get some love…

Pretending to love someone in a relationship is wrong and a sign of a toxic and abusive person. It’s a power behavior to manipulate and control the other person.

If she is constantly lying to you, cheating on you and dismissing your feelings, you can be sure it's one of the signs she is pretending to love you. The problem is, people can just become too desensitized to bad treatment, so they stay in a bad relationship without realizing how bad it's really been.

Of course, these unhealthy relationship behaviors can have many causes: trauma, past relationship issues, an anxious-avoidant attachment style, etc. It can take years of therapy and being in a healthy mental space to break out of the cycle of falling into one fake relationship after the other.

However, the good news is that you can start small by creating healthy relationship boundaries. Drawing a firm line between what you’d tolerate and what you won’t can be enough to keep those fake lovers off your back.

While most fake relationships start off on an addictive high, pretty soon they become a living hell. Nothing good is going to come from staying in a toxic, fake and uncaring relationship. Do yourself a favor and accept nothing less than a loving, loyal and compassionate woman who accepts you as you are and shows genuine interest in wanting to be with you (and not just on social media).