11 Signals You're In A Gold Digger Relationship for 2023 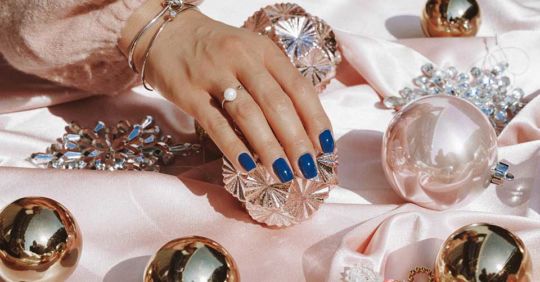 Are you in a gold digger relationship? Or perhaps you’re not, but you’re worried you’re about to fall into one. Is there any way to know if a woman is a gold digger—especially before you become more than friends with her?

These are all interesting questions to answer. Gold diggers can be difficult partners to live with. If you’re not careful, you might end up compromising your financial position in the name of love.

That said, it’s worth knowing what the whole “gold-digging” phenomenon is all about. Why do men fall in love with gold diggers in the first place? How can you spot a gold digger before you get into a relationship with her? And most importantly: Is there any way to avoid gold-digging women and keep them away?

We’ll answer these questions and more in today’s article, so let’s get started.

Why Do Men Get Hooked into a Gold Digger Relationship?

Let’s tackle the first question: Why do men fall for gold diggers in the first place? Answering this question requires a better understanding of the minds of gold diggers.

When you know what gold diggers want, everything makes sense:

What gold diggers want vs what other women want

To be fair, different women want different things in a man. For instance:

You get the idea, right?

Now, what about gold diggers? What do they want?

As you might already know, gold diggers want a man who doesn’t mind trading his money and status in exchange for sex and their looks.

What you might not already know is this: To a gold digger’s mind, this isn’t sleazy or manipulative. To her, it’s just another worldview among dozens, and it’s just as valid as looking for a good husband or good father to one’s kids.

That’s why gold diggers are remorseless when playing the game. And, yes, they play the game very well.

The gold digger’s main “weapons” are their looks and sex appeal. To win the hearts of men, all the self-improvement they do is focused on improving their appearance and sexual attractiveness:

Everything else falls by the wayside. They don’t develop their “mom qualities,” their education, and other traits men normally find attractive in women.

Does that mean men fall for gold diggers solely for the looks and the sex?

Surprisingly, the answer is “No...”

Why men fall for gold diggers

Believe it or not, men fall for gold diggers for other reasons besides looks and sex. Here are a few other perks of gold digger dating, according to men who don’t mind doing so:

So, if you're the type of guy who doesn’t mind trading your money for a good-looking woman’s company and great sex, gold diggers are actually worth it.

Meanwhile, if the whole idea sounds disgusting to you, and you want something more meaningful for your relationships, then it’s best to avoid gold diggers in the first place.

The problem? They’re not always easy to spot. Some gold-digging women are masters of manipulation and persuasion, and they can easily trick you away from your money.

So it pays (pardon the pun) to know how to spot a gold digger a mile away. Here’s how to do that.

How to Know if Someone is a Gold Digger

To know whether a woman is serious about you—or just your money—look out for these 9 signs:

#1: She takes comments on her lifestyle or appearance very personally 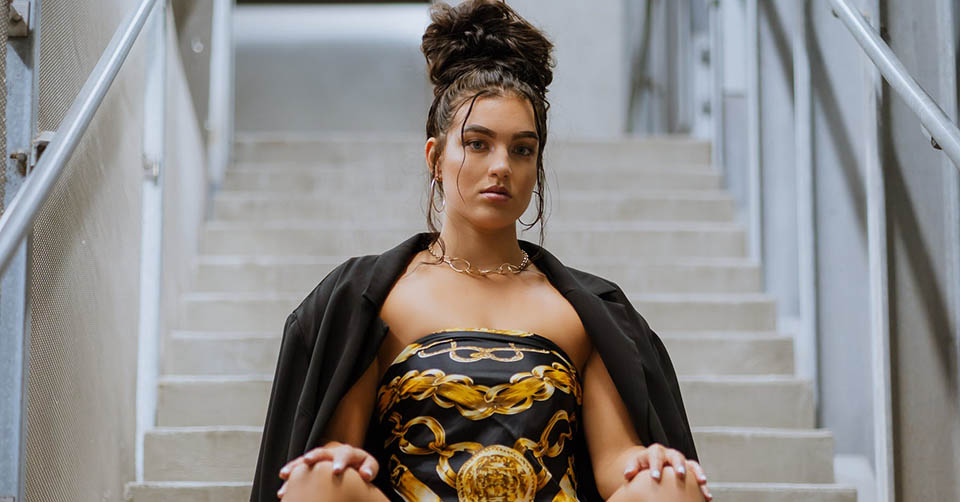 To a gold digger, her worldview is 100% valid. She believes her modus operandi of trading her looks and sex for a man’s money is every bit as acceptable as a woman who’s looking for a good husband.

As a result, she takes negative comments on her lifestyle—or even just her appearance—extremely personally. That’s the first sign of a gold digger to watch out for.

#2: She grew up with gold-digging beliefs

When a woman talks about her past, listen closely when she shares things her mother (or whoever raised her) taught her. To be specific, watch out for statements along the lines of:

Sometimes, gold-digging runs in the family. If she places an uncomfortable amount of importance on your money —and it’s because of certain beliefs she picked up while she was young—then she might be a gold digger.

#3: She has no qualms about the “sex for money” tradeoff

As you get to know a woman better, you might realize she’s 100% comfortable and accepting of the “sex for money” tradeoff. She’s trading her sex appeal and attractiveness for the financial benefits you offer. To her, that’s just as valid as a woman trading her ability to be a mother with a man who’s a good provider. It’s yet another common sign of a woman with gold-digging tendencies.

#4: She’s attracted to money and status

When she talks about other men—including celebrities, politicians, and local entrepreneurs—she’s especially enthusiastic about the rich and famous. What’s more, when she compares two or more men, money and power is always a factor.

Now if you’re a respectable man, you may get some points. But to a gold-digger, that doesn’t count nearly as much as the contents of your bank account and your perceived social status.

#5: She loses romantic interest when your finances suffer 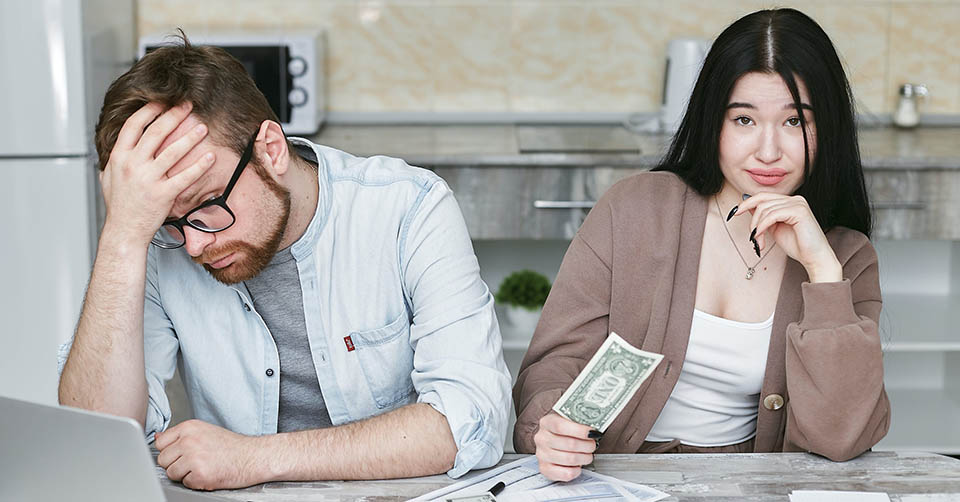 Have you ever dated a woman who was caring and supportive while you had money—but the moment your finances suffered, she instantly “lost that lovin’ feeling?”

And then, when you rose from your financial troubles, she was back in the picture again?

Take the hint—she’s only there for your money.

#6: She spends lots of time where rich men go

Does she spend most of her time where rich men hang out, such as exclusive bars, casinos, and country clubs? Does she go there with friends who also constantly look around to catch a rich man’s eye? If she does, it means she’s making herself available, waiting for rich men to approach and get to know her better.

#7: She gets dolled up for the male gaze

Her looks are extremely important to her, and she can spend hours getting her hair and makeup done before she steps into the world. As an outsider, you’d think it’s unnecessary and wasteful—but to her, getting dolled up (like wearing red to attract men) is a basic necessity.

In most cases, she’ll dress up in sexy outfits that look expensive even if it cost her a month’s salary. That’s the price she’s willing to pay to grab the attention of rich guys.

She regularly posts photos of herself on her Instagram account, where thousands of men have followed her precisely for her photos. Think of it as a fairly new way for gold diggers to find sugar daddies online.

This is a woman who likes attention, but not the attention of the “riff raff”. So chances are her photos always include items that scream “I have expensive tastes.” Think: photos on private planes and yachts, holding a Dom Perignon bottle, monogrammed bags taking center stage, photos in 5-star hotels in luxurious cities.

#9: She goes on expensive trips 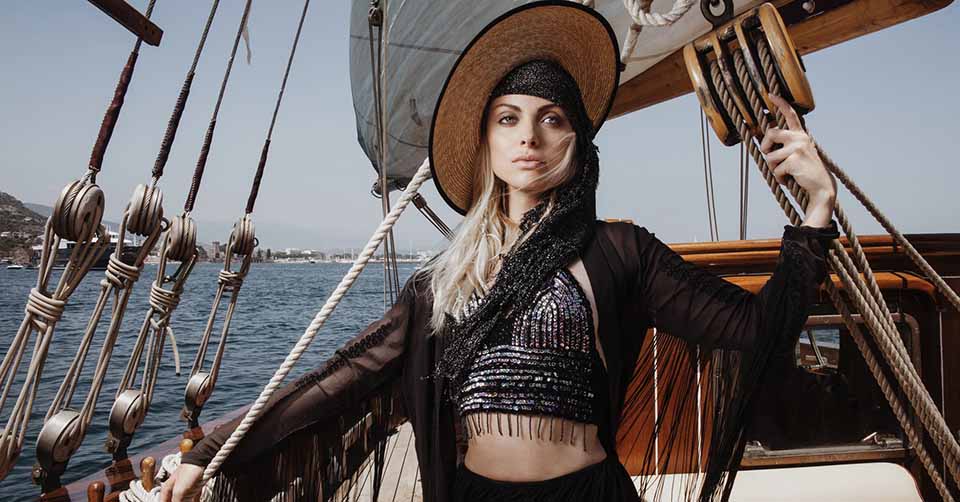 Looking at her social media, you notice she goes on expensive trips and vacations often. The problem? You know for a fact her salary as a cocktail waitress won’t let her go on trips like those. So where’s the money coming from? Sugar daddies, that’s where.

While you’re just getting to know each other, your conversations will inevitably touch on past relationships. Chances are, if she mentions an ex, she’ll mention how much money he made, what his job was or what expensive trinket he bought her.

On the flip side, if she’s eyeing you as her first gold digger relationship, she might say that all her exes were either poor or deadbeats.

So how many of these nine signs is the woman you’re seeing showing? If you only spot one sign, she’s probably not a gold digger. Meanwhile, if you spot three or more, then she probably is.

Congratulations—you now know how to detect a gold digger a mile away. Now comes the next challenge: To avoid or keep them away from you.

How to Avoid/Keep Away Gold Diggers

If you don’t mind trading your money for her looks and sex, then gold diggers shouldn’t be a problem for you. On the other hand, if the idea does bother you, then learning to avoid falling for gold diggers will make your life so much easier and less stressful.

The best prevention method is to avoid meeting gold diggers in the first place. If you can avoid spending too much time in high-end places like clubs and casinos, you should be fine: It’s hard to run into gold diggers elsewhere.

When you do find yourself with a gold digger who’s obviously interested in your money, it’s time to turn to your second line of defense: Discouragement.

That is, you must discourage her from seeing you as a potential sugar daddy. In other words, you’re disqualifying yourself from the running, making her lose interest in pursuing you.

Such declarations will tell gold diggers you don’t have money now. That’ll discourage them from investing too much in you and instead look for their next sugar daddy elsewhere.

I hope you found insightful this little foray into the mind of the gold digger. If you don’t mind the “money-for-sex” tradeoff, gold diggers can be lots of fun. But if you do, the good news is that avoiding and discouraging them—and spending your time with women who do matter to you—is quick and easy.