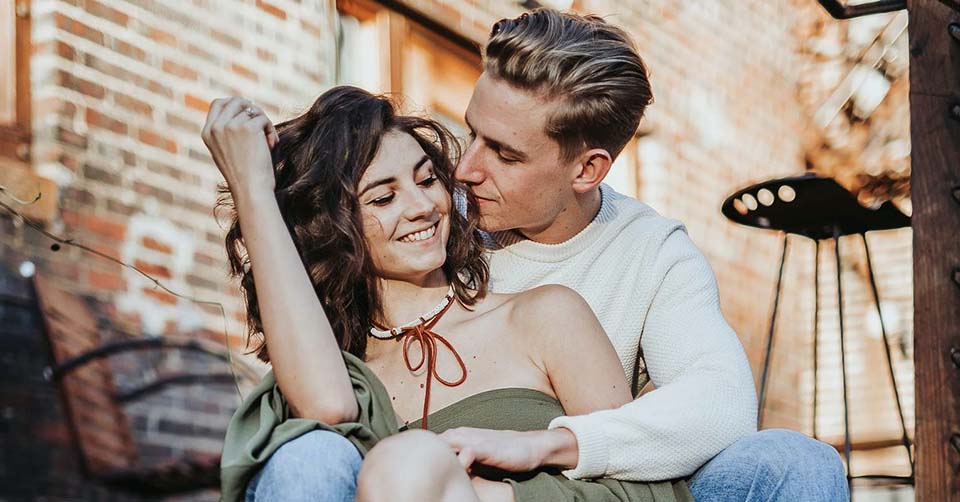 In this article, you will learn about submissive women dating tips, including how to find a submissive woman, where they might hang out, how to attract them, and more. While these days, it’s common to see women taking on more dominant roles (whether at work, in a relationship, or in other social situations), many women tend to gravitate towards a more submissive role in a relationship.

This isn’t to say she’s a weak pushover or that she wants a man who dominates her in every aspect of her life. Instead, it means she’s choosing to put her trust in the man in her life. She’s there to support and resolve conflicts as opposed to leading and being in control all the time.

Taking on the submissive role in a relationship is something that lots of women want, especially since it comes with wanting to be with a more dominant man. So if you’re a dominant man who wants a submissive girlfriend, you’ve come to the right place.

The following tips for finding a submissive woman you can date will point you in the right direction and clear up some common misconceptions.

Most women are submissive

It helps to understand the reality that many women are submissive. By definition, a submissive woman is a woman who willingly obeys a dominant man in her lifestyle, choices, and conduct. There are varying degrees to which a woman will be submissive to you but, by and large, most women fit this role.

Physical differences in men and women are often obvious, so women will look for men that display greater physicality and competence in their overall approach to life.

Of course, there are unorthodox pairings where a woman will “wear the pants” in the relationship, but these tend to be reserved for weak (and submissive) men.

You must be proactive and assertive

Submissive women tend to be more reserved, taking coaxing to make her feel comfortable and open to approaching. In other words, she’ll never come to you - you need to take on all the heavy lifting and risk.

Considering women are nearly everywhere in public places, being assertive and aware of potential partners greatly increases your chances of finding a submissive woman. You will need to approach a woman and display masculine characteristics in order for her to consider her worthy to submit to you.

Look in the quiet places

People gravitate to places that reflect their personality and their willingness to be approached. The following is a short list of places where you can find submissive women:

These feminine places attract introverted women that have their guard down and feel comfortable in those surroundings. And if she’s receptive to being approached, a submissive woman will put themselves in positions to be noticed by you or make subtle eye contact to give you the go-ahead.

Women drink almost the same amount of coffee and tea as men, so coffee and tea shops are a great way to meet submissive women that are looking for a little energy boost throughout their day.

Better yet, caffeinated beverages give men and women an endorphin rush and a spike in serotonin, where you can strike up a conversation in an elevated mood before returning to a baseline.

There’s plenty of opportunities to meet submissive women at a coffee shop. Whether you strike up a conversation online, chat with an attractive barista, make conversation while sharing a table, or just approach a woman who seems receptive, you greatly increase your odds of landing a submissive woman.

Women know other women. And women tend to know which type of men they prefer. By having a roster of female friends and acquaintances, you gain an advantage on finding a submissive woman.

You also can gain access to women who are often busy with course work, their jobs, or are looking for dominant men without risking danger from men that aren’t vetted by their social network.

If you have a good reputation, other women can vouch for you. Since women inherently look after one another, this method makes the process of finding a partner that much easier.

It makes sense that women that are shy or uncomfortable with conventional dating have turned to dating apps to make the process of finding a dominant man easier. By finding a woman who openly states that she is a submissive or deducing from her profile, you can begin texting her and know for sure.

Bear in mind that dating apps like Tinder and Bumble are a numbers game, so it may take some time and effort to ultimately find a decent submissive.

Okay, now that you’ve got her number and are ready to take her out on a regular basis, there’s plenty that you need to know beforehand to increase your odds of success.

Let’s take a look at a number of tips on how to have a successful relationship with the dominant-submissive dynamic.

Understanding your role as a dominant male

Part of dominance isn’t just being an assertive and disagreeable person. Instead, you’re a protector and a provider. In exchange for your protection and provisioning, she feels safe and taken care of, which alleviates typical anxieties that women are inundated with.

Just because she’s submissive doesn’t mean that she’s a pushover. Submissive women have plenty of strengths that should complement your own needs just as you do for her.

The easiest way to think about it is as if she's a daughter or younger sister that you offer guidance to, helping solve problems that are beyond her capacities. In turn, she’ll play her role as a submissive, giving parts of her autonomy to you in return.

Be aware that her being submissive to you should not be taken frivolously. Because you’re in control, it is your responsibility to treat her right and engage in a healthy relationship - not just one of overbearing obedience.

If you’re an older man dating a younger woman, then you can play up the age disparity in your favor. Women view older men as more capable and worthy of respect, so lean into this aspect to make her submit in a way that’s comfortable for her.

In my experience, a girl I was dating had serious issues of trust caused by growing up with a weak father. When I visited her parents for the first time, it became apparent that her mother was the one in charge of the household while her father barely said a word.

From that point onward, I could see that she craved a more dominant father. Once I adopted a more dominant personality, her behavior was immediately more responsive and our sex life became much more enjoyable.

Pay attention to her friends

Successful submissive dating is more than just how you and her interact - it extends to her friends and greater social network. Submissive women may have friends that are in her ear, offering her advice that may be based on jealousy or feigned concern - particularly if they notice and disapprove of your dominant behavior.

While you don’t necessarily want to isolate her from negative friends, reassure her that you always have her best interests in mind.

One of my ex-girlfriends was a textbook submissive woman with a large friend group. After having sex with her, she stonewalled me on oral sex. After some prodding, she told me that she thought engaging in oral sex would make me lose respect for her and was “degrading”. Obviously, I disagreed - oral sex commands more respect for its effort and shows greater respect for a partner’s needs.

When I asked her why she thought this, she mentioned that her friend Sarah was having relationship problems and pinpointed it to her performing oral sex on her boyfriend, who immediately became distant. When I cited how her boyfriend seemed to exhibit some deep personal issues, she agreed. Then she told me how Sarah thought I was a jerk, which was a projection of her boyfriend’s treatment of her onto me.

A week later, my ex told me in passing that she learned that Sarah was actually physically abusive to her boyfriend and that he was trying to find the right moment to dump her. Go figure.

Don’t let her make all of the choices

As a dominant man, you are responsible for the choices of where you’ll spend time together.

Submissive women enjoy going for the ride, especially when they don’t have to get hung up in the details. Don’t ask her which restaurant she wants to go to when she’s hungry. Instead, ask her if she’s hungry and then provide a solution. Unless she has serious misgivings about your choice of activities, she will go along and enjoy the experience that you’re curating.

It’s common to believe that submissive women don’t have a higher sex drive. In reality, submissive women may have a significant desire for intimacy, but it’s up to you as a man to initiate sex.

Initiating sex can be as simple as caressing her, asking her if she’s in the mood, or just taking her right then and there.

Obviously, you should be aware of her preferences and her daily responsibilities. Some women enjoy having sex while working from home, while others have clear divisions when they are available to have sex.

Here’s my own experience:

In order to initiate sex in several of my prior relationships, I’d send brief text messages that read along the lines of “Can’t wait to [insert sex act]”. This helped create anticipation in her mind that served as mental foreplay and when she’d arrive from work or her home, she’d be ready to go.

Another girl had hangups about expressing herself and had trouble issuing direct statements that she wanted intimacy. I became attuned to her behavior and recognized that she enjoyed the regularity of sex after eating dinner, which became a regular routine - something she appreciated.

Last, another girl with a high sex drive but a completely submissive personality gave me the go-ahead with “Anytime you want it, you can have it. Just let me sleep.”

Have a safe word

With these submissive women dating tips, you could be well on your way to finding the yin to your yang, the passive to your active. Once you display the dominant and masculine traits that submissive women crave, you’ll find it easier to find one to date. Just make sure you also display those dominant traits once you’re in a relationship.