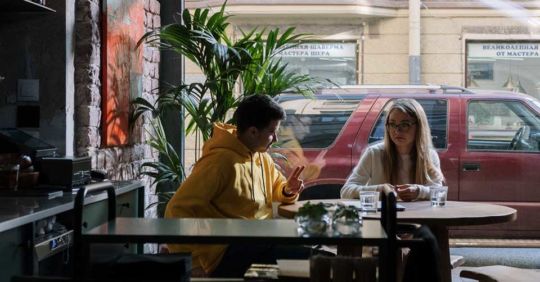 You go in for the kiss, she leans back and tells you she wants to take it slow. Then it all goes south from there. Sound familiar?

To most guys yes. You date a girl for a few weeks or months, and everything seems fun for a while until you attempt to move things forwards. Maybe you try to kiss her on a first date, ask to be exclusive, or even go on a knee call her "future Mrs."

Then she surprises you with "I don't wanna rush things," or "I think we should take it slow."

Where did that come from and what does it mean? Keep reading.

What Does It Mean When a Woman Says She Wants to Take It Slow?

There are a few explanations when a woman says she wants to take it slow. Some are real and most are utter lies, but here they are

Let’s say she met Brad Pitt at a bar and he invited her home or asked for some funky wanky time in the bathroom, will she tell him "let's take it slow"? The chance to that is one in a million.

I took a girl out one day. We had fun and kissed passionately in the rain but she had a bus to catch and I was naïve, so I didn’t take it any further.

A week later was our second date. That night, all I was thinking was when this date will end so I can take her home. I thought that since we kissed then she wants sex, so I pushed for it the whole night. And I was needy AF.

Needless to say, it was a miserable date and all I could get was a kiss on the cheek. I tried to pull my crap together on the third date but I had already messed up big time so she gave me a firm “let’s take it slow”, which literally meant to get lost.

If she wants to take it slow that doesn't mean you have to be exclusive. It's usually a good idea to keep meeting new girls while your relationship develops. A lot of guys don't have much success using dating apps because they aren't using the right ones. It's a very important decision since online dating has become critical to meeting single girls and you miss out on so many opportunities if you're not on at least one app.

The last thing you want is to take things slow, avoid other girls, and waste a bunch of time when things don't work out. These are the apps that our team of dating coaches has seen regular guys have the best results with:

She isn’t fully sold on you

Quite similar to the sugarcoated no, but a bit less intense. She thinks you have potential, but you haven't shown her enough masculinity. If it's your first or second date, then it means you didn't build enough attraction and came off as a bit nice. It's not a firm no, but not a firm yes either.

She wants to take it slow to test your boundaries

Do you know what a "shit test" means?

It is a test a woman will put you in to see if you’re the right guy. For example,

"do you think this is funny?"

These are deeply ingrained tests women unintentionally use to check your confidence level. Pass them and it’s game on, fail at them, however, and you’re off the ring. Another form of shit test is when she tries to enforce her dating agenda on you. Think of,

Women rarely follow these rules. They just put them to test you. If she says she won’t sleep with you until a month later and you say “No, I don’t do 8th-date sex” (and MEAN IT), she’ll most likely follow YOUR rules.

So the next time she says "let's take it slow" tell her "I don't do slow". If she was testing you then this response will make her follow YOUR rules.

Many men don’t understand that women are as sexual as men – if not more. However, to increase their mating chances, women learned through the years to conceal their desires around strange men, including telling them to take it slow.

I know girls who won't sleep with a decent guy until the fourth or sixth date because he's boyfriend material. But they won't have a problem having a one-night stand with a guy they just met in a bar. The first may judge her, but the second won't.

Reasons She Wants to Take It Slow

As I said earlier, you can only understand why a girl wants to take things slow if you put things in context:

Is it your first date or have you been together for a year? Did she change lately, or have a problem with a former lover(s)? What does taking it slow mean to a girl?

People are different, but eventually, the reasons will come down to these two:

She doesn't think you're good enough and wants out. That's all there is to it. Women are usually afraid of being too direct about what they want. So they try to let you down easy by telling you she wants to take it slow. In their mind, they're giving you a test of patience that you'll likely fail if you really want to progress the relationship.

She has a fear of commitment

She has had bad experiences before and she's afraid this one leads to the same misery. So she wants to get to know you as well as she can before she's ready to take things further. You can figure this out by getting more intel about her past boyfriends.

What to Do if She Wants to Take It Slow

There isn't really anything to do when a woman asks you to take it slow other than these actions:

Give her space (AND go look for other options)

I’m from the “genuine burning desire” school. If a woman isn’t fully invested in being with me then I’ll be having fun elsewhere.

If you ask a girl to move in with you – which I don’t recommend – and she says no, then don’t argue, or try to convince her to follow suit. Say okay, and test your feelings for her by dating someone else. You may eventually find out she wasn’t that special after all.

If you treat her like she’s the only girl in the world or does something that shows her you haven’t been laid in months – like pushing for sex without enough attraction/comfort, then she'll go with a guy who's more secure.

Let her pop the “where are we” question first

The biggest seduction mistake a man can make is to ask a girl "where is this going?”

This kills the thrill of the chase - which women love - and puts pressure on her to decide whether she likes you enough to be with you. It can also put you in comparison with all the guys chasing her.

Don’t be the one pressuring her to settle down. Let her do it for you by being a great guy with other priorities in her life. Don't be too available, but be available enough for her to be attracted to you. All this sexual tension will make her feel heady, and she'll want to lock you down. Soon enough, she'll pop the question about where your relationship is headed.

Knowing what to do if she wants to take it slow will save you loads of time and heartache. Take it with grace and move on from there. If she genuinely wants to take things slow, try to follow her pace. But if her "take it slow" spiel is all about letting you down easy, it's time for you to start looking for other dating prospects.