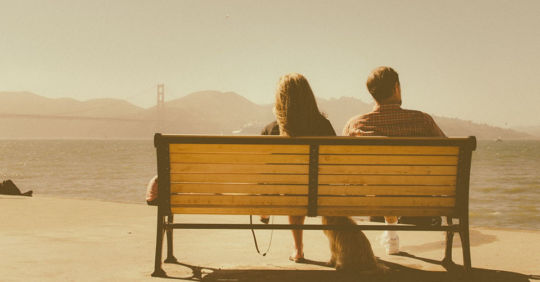 It’s not exactly “breaking up”, but it certainly feels the same. What does that mean? In this article, we will discuss the signs she’s about to ask for a break, possible reasons she wants to take a break, and what to do about it.

Signs Your Girlfriend Wants a Break

If your girlfriend wants to take a break, it should be stated that this rarely comes from out of nowhere. Unless you aren’t being perceptive or aware, women tend to give specific signs when they want a break from seeing you:

She seems distant and cold

No more flirty midday texts or invitations to her place on weekends. On top of that, your sex life is going down the drain. It’s like you’re an old couple that’s bored of each other.

She starts becoming busy and secretive

She cancels dates for no apparent reason, but she seems to have enough time to hang out with other people. On top of that, she never gives specifics about where she goes or who she’s with, and she never EVER invites you.

She removes pictures of you and her from her social media

Uh oh, big red flag. She used to post photos of you on her social media, but now it’s like you were never in her life.

She looks bored when you’re together. Even when you’re out doing something fun, it’s like she can’t wait to go home.

You can kind of tell that she’s just going through the motions. The spark is gone, but it’s like she wants to keep up appearances until she can tell you what’s up (hint: it’s not good).

She stops dressing up on your behalf

Okay, so women shouldn’t really dress for their partners. But of course, to keep you interested in her, she’ll wear some pieces that she knows you’ll like. If she quits doing this, something’s up. Worse yet, if she changes her style completely, she might be dressing up for someone else.

She wants to meet up with you to talk

If she sounds serious when she says this, it can only go one of two ways: she’s about to give you some bad news or she’s about to ask for a break/breakup. Either way, it can’t be good for you.

She pushes for an open relationship

Ah yes, the open relationship. A free pass to sleep with other people while keeping you around. While open relationships work for some people, it should be something the couple talks about beforehand. If she whips this out with no warning, you can either agree (even if you don’t really want to) or say no (in which case, she’ll break up with you).

If you’re unsure which ones fit your relationship (if applicable), take the time to trust your gut. Chances are a few of the items on this list cut a bit deeper than others - and more often than not - this may be the sign of developing issues when she wants to take a break.

What Does It Mean When a Girl Wants a Break

There are myriad reasons why she wants to take a break. Typically, there are multiple reasons occurring simultaneously when she wants a break that cause her to leave.

For instance, she may be leaving for college and finds you don’t share her ambitions in life. Or, she wants to explore all of her options before settling down and she doesn’t want to be stuck with a man who won’t please her sexually. The following are some of the most common reasons why a girl you’re dating may want a break:

Either she wants them and you don’t, or you want them and she doesn’t. If you don’t see eye to eye on this, there’s no way your relationship will work.

She’s bored of you

You’ve done everything you can to please her, but it doesn’t seem to be enough. Maybe you’ve been giving her too much attention and you’re coming off as needy.

She doesn’t trust you

Whether she’s seen you eyeing women on Instagram or outright caught you doing something you shouldn’t, she’ll want a break if she knows she can’t trust you.

She’s insecure about the relationship

The thing about insecurity is that she might really, really want to be with you. But in her mind, she’s not sure if you want to be with her. So what does she do? She suggests a break so that you can show her how much you want her.

You’re not very good in bed

Sexual chemistry is a huge part of a relationship. If you’ve noticed that your girlfriend hasn’t been as enthusiastic as you, it’s time to reevaluate your skills in the bedroom.

She’s genuinely too busy for a relationship

Sadly, you could be dating the absolute perfect woman for you, but she simply has other priorities. She might need to move to another city or focus on her career/studies. Either way, there’s no room for you in the relationship. The good news is that you can be taking a break for all the right reasons. You might someday end up with each other again when the timing’s right.

The truth of the matter is that women have a limited timeframe to find sexual and marriageable partners. And in a similar fashion, younger women may want to explore this period before settling down once and for all with the best she can get.

If she feels that you’re not working towards the same goals or stringing her along, she will move on while keeping her options open. In this case, those options include keeping you in an ambiguous state.

What to Do If Your Girlfriend Wants a Break

Ok, so she’s given you the talk or the text, and it is officially over for now. What do you do?

She wants space? Give her space. Cease all communication, don’t frequent the same establishments, and extricate yourself from her life as much as possible.

This can be difficult if you live in the same living space (like shared housing) or have to interact daily (like working). But try to keep your distance as much as you can.

Start dating and talking to other women immediately

If it is a break she wants, then you are under no obligation to wait around for her to come around. Instead, start talking to new women and dating new prospects as soon as possible. No need to keep your hopes up on a woman who has basically checked out of the relationship.

Avoid contacting her (even for late-night hookups)

Unless it is absolutely necessary, avoid all contact. If you have to, use sympathetic friends and family members as intermediaries. You may be tempted to drunk dial her in a fit of desperation, but this may complicate matters.

Move on to new things if your girlfriend wants a break

Once she wants to take a break, that should be your cue to start improving yourself. Chances are that a woman in your life has taken you away from what made you originally attractive, such as working out or your hobbies. So use this break as a way to enjoy your newfound solitude to enjoy life during an ordinarily sad period. This is also a great way to get over a breakup.

Taking a Break vs. Breaking Up

Let’s be clear: There are some clear differences between taking a break and breaking up.

For all the reasons listed in the previous sections, women take breaks for a variety of reasons. A break is more of an open-ended period where she needs space to think and focus on her own goals independent of you. Breaking up is more permanent, though you can yo-yo into an on-again-off-again relationship (which is frankly a waste of time).

Nevertheless, if she wants to take a break, don’t get your hopes up. If you had a great, reliable car, would you abandon it out of the blue? Relationships work the same way.

Is taking a break about to lead to a breakup?

In most cases, the answer is yes.

If you think about it, what’s the difference between breaking up and taking a break? They both offer the option to no longer be in a committed relationship. But with a break, you’re in limbo: not quite in a relationship, but there’s a hint of hope that you’ll get back together. With a breakup, there is no ambiguity: the relationship is over.

If you’re able to compartmentalize casual sex versus a serious relationship, you may be able to parlay this break into just being sexual partners.

One girl that I lived with had given me the “I want a break” speech. It didn’t come as much of a surprise because we were both working full-time jobs and only saw each other briefly in the morning and in bed at night. To be fair, she was letting me down easy and found living arrangements in a week, but we decided to remain friendly.

I let the relationship air out for a week and went no-contact, but she had serendipitously left a box of her belongings that she had “forgotten”. With this pretext, we became FWBs, which was a great way to wind down the relationship while we both set up our next relationships.

Strangely, the sex was better outside of the relationship, as she had to prioritize getting laid throughout the day rather than trying to initiate sex when she’s half-asleep or groggy in the morning.

However, this is not the norm. Reality is much more cut-and-dry than the movies. If you’re looking for some sort of John Cusack Say Anything moment, think again. Be prepared to experience all sorts of accusations and negative feedback. Her new love interests may threaten you, previously-mutual friends you had thought were yours ignore you, and other nastiness is more common if you choose to chase your ex back.

Like it or not, breaking up or taking a break is a normal part of modern dating. Your best bet is to take it all in stride and move on.