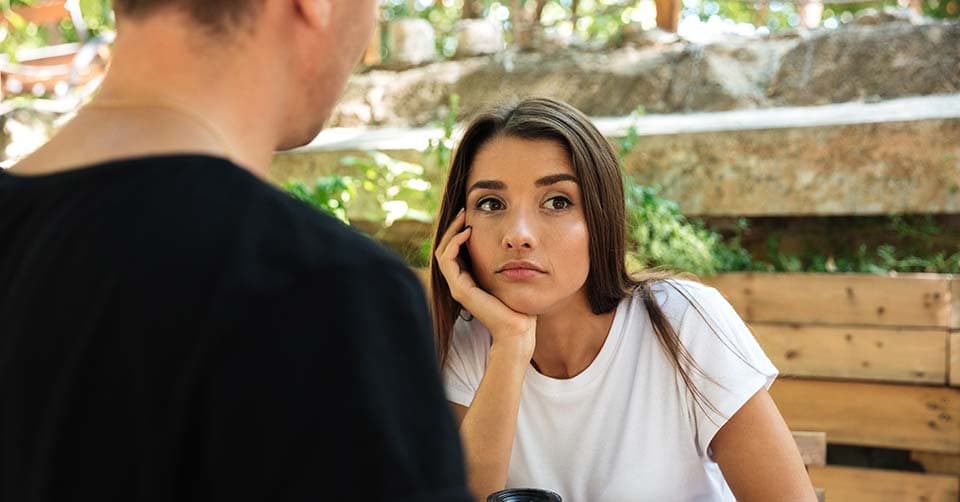 She likes you, and she knows you like her too. Why in the world would she say “no” to dating you? Why would a girl reject a guy she likes? It doesn't make sense, right?

Being rejected by a girl who you know likes you can be painful and confusing—like it cuts right to the core of your manhood. If that’s how you feel right now, then trust me—I sympathize. I’ve been there, too.

That said, there is some good news: We know precisely why women reject men they like. And when you understand the reasons behind the rejection, things become much less painful and confusing.

Better yet, when you know what’s really going on, then you can start adjusting to get more women saying “yes” to you. And that’s what this article will do for you.

So, let’s go get the girl. Let’s start from the bottom:

Why Would a Girl Reject a Guy She Likes?

There are many reasons, but they all boil down to five major ones. Later in this article, you’ll learn how to adjust your strategies to deal with these reasons, but for now, it’s best to get very familiar with them first.

Why would a girl reject a guy she likes? First and foremost:

Here’s a fact that’s both sobering and comforting at the same time: 80% of the women you’ll approach will be unavailable for dating. The reasons for their unavailability will vary:

You get the idea, right? It could be anything. All in all, it’s a sobering statistic. Women might like you a lot, but only one in every five of them will be available to date you. And so, if you approached them, they’ll reject you out of necessity.

Still, here’s the comforting part: If you’ve been rejected many times in the past, then four out of every five of those rejections were not your fault. So don’t kick yourself too hard.

That said, that still leaves the one in five rejections that was your fault. And while it may be cringy to keep replaying that rejection in your head, remember: with the right knowledge, you won’t make the same mistake twice.

So let’s get that knowledge now.

If you're repeatedly getting rejected you're probably meeting girls in the wrong places. A lot of guys don't have much success using dating apps because they aren't using the right ones. It's a very important decision since online dating has become critical to meeting single girls and you miss out on so many opportunities if you're not on at least one app.

These are the apps that our team of dating coaches has seen regular guys have the best results with:

#2: You moved too slowly

Here’s the second reason she rejected you even if she liked you: You didn’t make your move in time. Either you didn’t make a move on her at all, or you hesitated and waited too long.

As a result, she stopped liking you—or, more specifically, her attraction to you faded. If she tried her hardest to get your attention and you still didn’t make your move on time, she may even dislike you now for letting her efforts go to waste.

Here’s the big lesson: Attraction fades quickly, so you’ll want to strike while the iron is hot from now on. If you’ve been having trouble spotting the signs a girl likes you, keep reading—you won’t want to miss the tips later.

#3: You messed up your first impression 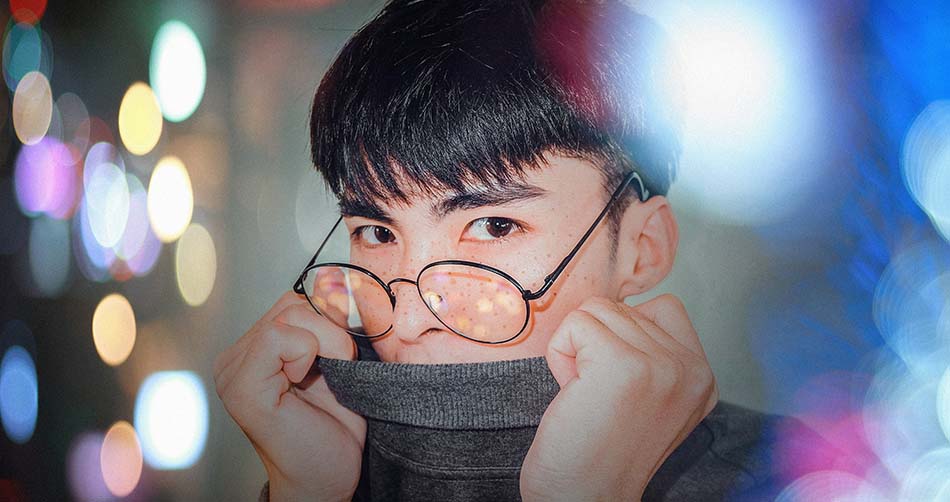 Here, she may have liked you a lot, but you messed up when making your first impression. There are many ways to do that:

You gave her the impression that you’re not manly and attractive. You made her think that you’re not interested in her. And so when you asked her out, you caught you off-guard and she said “No.”

Do you somehow keep messing up your first impressions on women?

#4: Your approach was off the mark

Why would a girl reject a guy she likes? She may have liked you—maybe even really liked you. Unfortunately, your approach was awkward, needy, or confusing:

As a result, her attraction for you turned to uncertainty. In some cases, uncertainty can increase her attraction to you. But in this particular instance where you completely missed the mark, it's not doing you any favors. In that state of mind, she’s much more likely—almost 100% sure—to reject you.

#5: She felt too much pressure 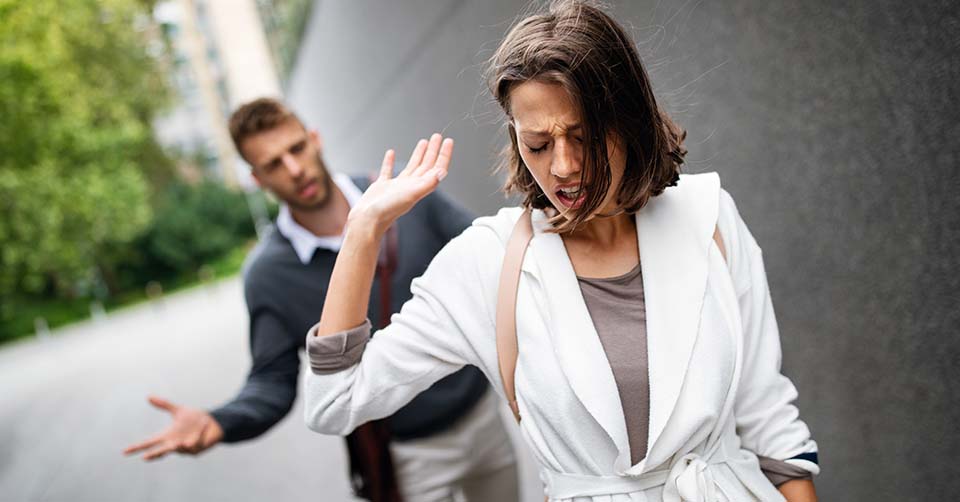 Lastly, if you’re always rejected by women, it might be because they feel too much pressure from you. You might have the following bad habits:

In cases like these, a woman is likely to say a quick “No” just to escape the pressure. It doesn’t matter if she likes you—putting her on the spot like that is a sure way to get rejected.

In a bit, you’ll learn about the solutions to these hindrances. You’ll get tips on how to adjust your looks, personality, and strategy to approach more women and get rejected less.

For now, think about the times you’ve gotten rejected in the past. Now that you know the five reasons why women reject men they like, which of them applies to you?

It helps to focus on one sore point in your strategy at a time. Fix it, get good results, then move on to the next.

What to Do When You’re Always Rejected by Women

Now, let’s talk about solutions. BeyondAges already has a guide on what to do after getting rejected—it’s here if you need it. Meanwhile, if you need guidance on how to minimize and manage the rejections you’ll get moving forward, then keep these tips in mind:

Do you know how some guys still keep on meeting new women even after they’ve been rejected hundreds of times before? What gives them confidence? What keeps them from getting discouraged and jaded?

Simple: They know the 80% rule. They know that most times they get rejected, it’s not their fault—it was a dice roll that didn’t go their way. So deal with rejection in a healthy way and soldier on, meeting new women until they find the one who makes it all worth it.

That’s the first big change you can make in your game: Stop taking rejections personally. They almost never are. Dust yourself off and try again. 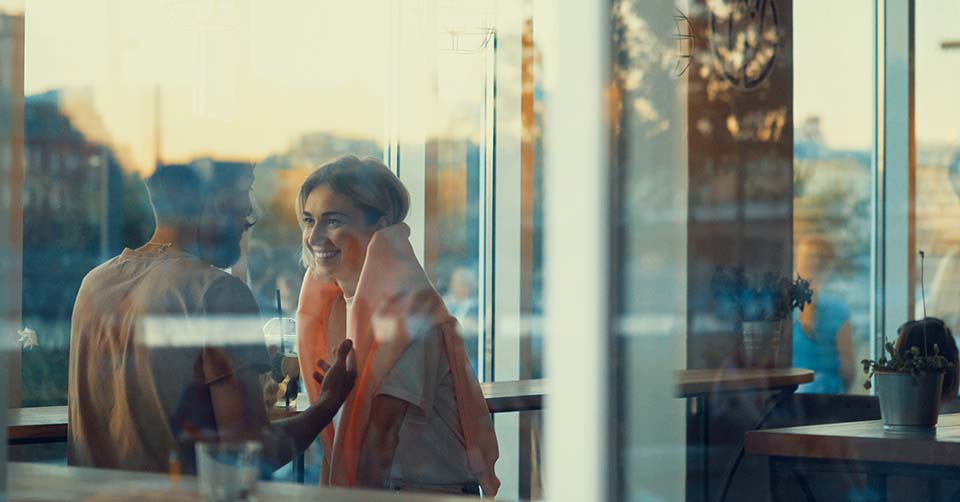 We have a guide for turning the game on its head and making women approach you. Luckily enough, the same tips in that guide are a good framework for making good first impressions on women, as well, such as:

If you struggle with making a good impact on the women you meet, this is how you can get women to approach you instead of the other way around.

It bears repeating: attraction fades quickly. The moment you sense a woman likes you (and you like her too), approach her, chat with her, get her number, and set up the one-on-one date—in as little time as you can manage.

Within 2-3 dates tops, you should know if you want a relationship with her—and, if you do, what kind of relationship you want. If you wait too long before moving, you’ll never get the chance to find out.

Lastly, drop the flashy proposals. Stop trying to impress women, and instead just be cool and laid-back. If you invite her to coffee over the weekend and she says “yes,” then great. If she says “no,” then no worries. There’ll always be the next girl.

Instead of saying: “I think you’re beautiful. Can I have your number so I can get to know you better?”, say: “I like you. You’re funny. Give me your number.” It’s much easier for a woman to say “Sure!” to a cool, laid-back request like that.

Go Get the Girl

So why would a girl reject a guy she likes? Now you know—there are five reasons. While there’s nothing you can do about the first reason (she’s unavailable), the other four reasons are totally within your control. You simply need to:

Again, it’s best to fix one sore point in your game before you move on to the next. Now go on, get to work, and get the girl.