The Big Benefits of Dating an Older Woman in 2023 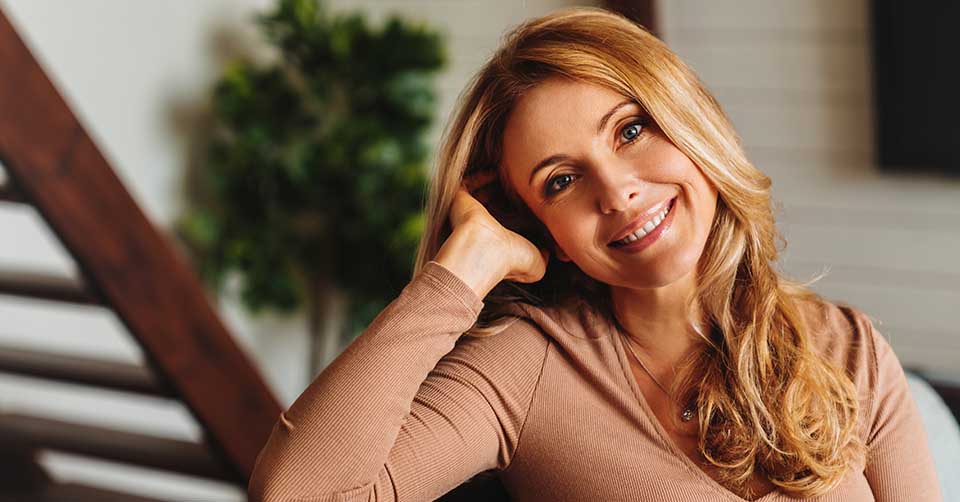 Hollywood would have us believe that most men want to date younger women. It’s easy enough to believe since youth does have its appeal. But the truth is that there are plenty of benefits of dating an older woman that most single men aren’t aware of.

For most single men, dating a younger woman seems like the dream. Younger women exude their unique charm: youthful energy, fitter bodies with less effort, lots of potential. But limiting yourself to only dating younger women will have you ignoring all the amazing benefits of dating a woman who’s older than you.

We've had so much fun dating older women we've put together an extensive guide on where to meet older women as well as how to meet and attract cougars.

In this article, I’ll talk about what you can expect when you expand your dating options and start dating older women. By the end of this article, my goal is to make you edit your Tinder or Bumble search settings to include more mature women.

Benefits of Dating an Older Woman

Older women get a lot of slack in modern mainstream media. They’re often portrayed as either lusty women looking to invigorate their sex lives with the help of an energetic younger man. In other cases, they give the men a sense of purpose, making the leading character more masculine and capable.

She knows what she wants

An older woman knows what she wants in life. By experiencing life up to the present, she avoids the negatives and steers her life towards the positives. If she’s chosen you to date, you can be sure that you have more of the qualities that women want when they’re ready to settle down from their younger days.

When she knows what she wants, you’ll spend less time arguing or trying to guess what she needs. Instead, she will be able to tell you how to please her, what her turnoffs are, and how you can make the relationship more harmonious.

If you’re looking for deep and engaging conversations with a partner, then dating older women is a perfect fit for you. Older women have seen more than their younger counterparts, giving you the ability to engage in conversational topics that are more relevant to your life.

Instead of conversations that you will experience with a younger woman who’s probably had similar experiences to you, an older woman can open your eyes to new perspectives. She can talk about things like how she bought her house, her favorite place to travel, what her political beliefs actually are, and what career paths she’s pursued. 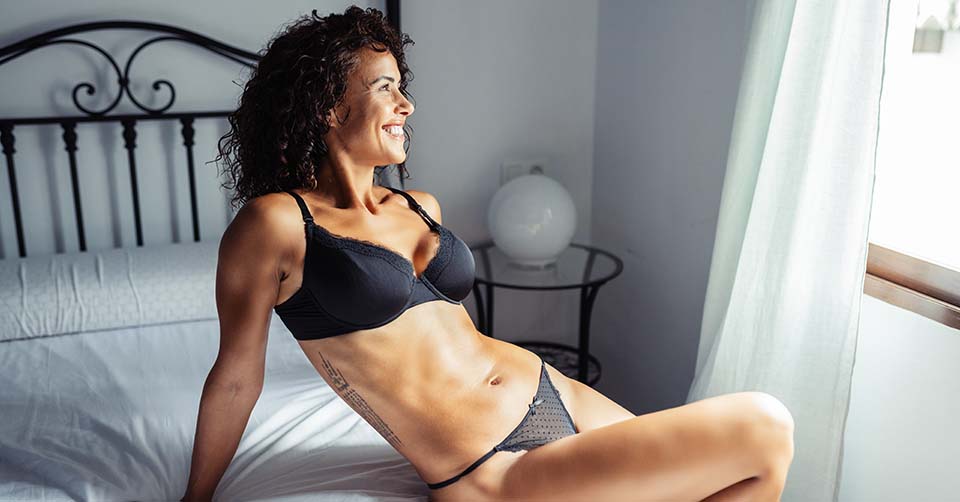 A woman that knows what she likes in the bedroom is one of the best benefits of dating an older woman. In fact, it’s one of the reasons some men want to meet older women. Instead of being shy or coy, you’ll have a motivated partner that knows what to do and what she likes. Plus, if she’s spent her youth in a stifling relationship and she’s newly single, she’ll be open to more experimentation to make up for lost time.

If you don’t like to play games when it comes to love, you’re not alone. By the time a woman reaches the age of being considered “older” (about 28 and up), she will have her life priorities in order.

The gamesmanship that young women deploy, like ignoring text or making men chase her, will be avoided to some degree. In their place will be more tests about who you are as a man rather than who says “I love you” first or leaving you on “unread” to mess with your mind.

Though keep in mind that older women may sometimes play hard to get since it reinforces their value. After all, they don’t want to appear desperate and they know that they’re worth the chase.

If she’s been dating for quite some time or just got out of a long relationship (e.g. a breakup, separation, or divorce), chances are that she’s looking for a better man than the one she’s left. Cheating is common in disintegrating relationships, so if she believes you have solid and reliable qualities, you’ll have a woman who appreciates your core values and morals.

Downsides of Dating an Older Woman

No matter how you feel about it, society tends to view the “older man younger woman” dynamic more favorably than if she is older than you. So you may have to deal with some awkward situations where some people will try to cast shame on the dating arrangement.

For example, some people may insist that she’s only interested in a sexual relationship. Or, in extreme age disparities, she might be mistaken for your mother or a family member.

Of course, no relationship is gossip-proof, but being aware of nasty and judgmental comments means that you should be prepared for some types of negativity. 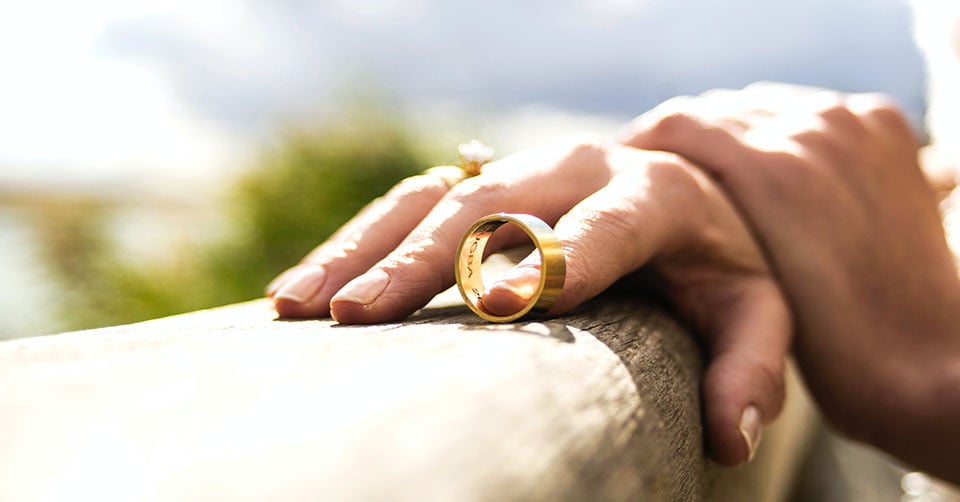 The older a woman is, the more likely it is that she has a ex-husband in the picture. Whether she’s a divorcee, currently separated, or is having an affair with you, her ex-husband (or soon-to-be ex) will create problems for the relationship.

These problems can range from awkward encounters to physical violence. You’ll want to have a clear idea of whether she’s actually divorced or separated, if her ex-husband has moved on himself, and how he feels about the situation.

And don’t forget that even if she says that she’s divorced, separated, or her partner doesn’t care, this may not actually be the truth. So do your due diligence before fully committing to an older woman.

The older a woman is, the more likely is that she has kids. And not every man wants to enter a relationship where they have to deal with another person's kids.

It should be fairly obvious that dating her will always require some logistics in order to accommodate her children, especially if they don’t live on their own or are part of a shared custody arrangement. You may have to babysit her kids if she gets off work at a certain time, or you may need to curtail a date if her child needs her.

Whatever the reason, dating a woman with children can be a challenge.

She tires out easily

The older woman is, the greater the likelihood that she won’t be in peak physical form. Just like men, women begin to lose energy in their mid to late 30s, and often slow down.

If you’re used to a relationship dynamic where you’re both high-energy people, an older woman may not be the greatest fit unless she makes health a priority. This can mean that you may need to accommodate her energy levels, like choosing a relaxing day at the beach versus going snorkeling or paddleboarding. 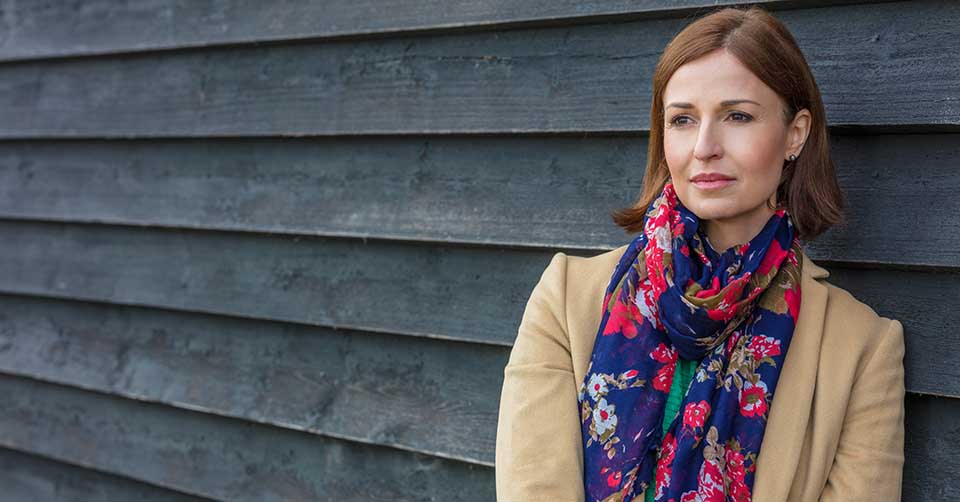 Life will inevitably pile on emotional baggage as we live it. From trauma to aversion, emotional baggage represents the hangups and patterns of behavior that we engage in as a protective mechanism against hurting ourselves (mentally and physically).

Women are more susceptible to emotional baggage, so it only makes sense that older women will have more of it to deal with. This means that you may have to spend extra time working on her issues and reassuring you that you are a quality person that won’t do her harm.

For example, she may have been abused by an ex-boyfriend and has difficulty with intimacy, creating a situation where you may not be fulfilled with the relationship until she resolves these issues. You will have to weigh whether working with her versus moving on is right if her emotional baggage is too much to overcome

Quick Guide: How You Can Meet Older Women Whether Online or In Person

Okay, if you’re interested in meeting older women, here’s a few suggestions to start your search:

Older women like to give back to their communities, so it’s only natural that you will find women volunteering. Look for local charities like thrift shops and animal shelters to volunteer at, where you’ll literally be rubbing elbows with older women dedicated to a good cause.

Tinder and Bumble are among the many apps that enable you to set limits on the age of the woman you’re looking for. By setting these apps based on an age range, you’ll be able to encounter older women without having to scroll through profiles of younger women (of course, you can pursue them too).

Also, there are plenty of dating apps geared towards older women looking for a good time. We’ve created a guide on which apps will help you start dating older women.

Look for upscale restaurants and bars. Because older women tend to be more stable in their financial lives, they will avoid dive bars and meat-market singles bars that are generally geared towards a younger demographic.

Older women will also have more in common patrons with upscale places, meaning that you’ll have a greater likelihood of finding a woman that’s comfortable and receptive to your advances than if she felt out of place.