The 6 Casual Relationship Rules Everyone Follows Or Things Go Wrong 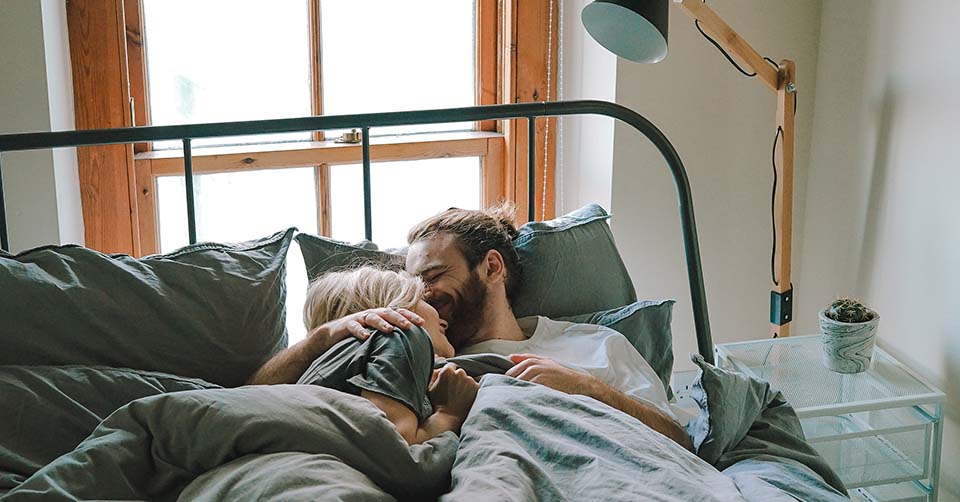 Are there any casual relationship rules to follow? The answer is “yes”—there’s quite a number, and they’re all geared towards ensuring the safety and satisfaction of both parties. If you want the casual relationship to work out, then you must follow these rules as closely as you can.

Now, in case you’ve been a regular reader of our articles, then you may have come across our guide on friends with benefits (FWB) rules. To be clear, we define FWB relationships as those where both parties agree to not commit to each other at any point. Meanwhile, casual relationships may evolve into commitment later on.

Do all casual couples eventually become exclusive? It does happen, but it’s not always a guarantee. Whether you want it to or not, be sure to follow the rules you’re about to learn in this article. It may very well save you years of frustration, heartache, and stress.

How Long Do Casual Relationships Last?

In my personal experience, my FWB relationships last anywhere between a few weeks to just under a year. Meanwhile, the time frame is quite a bit murkier for other types of casual relationships, as the science shows:

According to a 2011 study published in the Canadian Journal of Human Sexuality, people have extremely fluid definitions for different kinds of casual relationships. The “rules” blend through FWB relationships, “fuck buddies,” one-night stands, and booty calls. And they can last anywhere from a few hours to a lifetime.

In the absence of universally-accepted definitions for these terms, we’ll stick with the BeyondAges definition for now. And that is: casual relationships are non-committal, sex-only relationships that may develop into commitment later on.

That leads us to the next question: What’s the likelihood of a casual relationship evolving into a committed one?

To answer that question, we turn to an unlikely source: Tinder...

Commitment is in the cards

A 2017 study focused on the prime “hookup app”, Tinder, and measured the links between swiping, matching, and starting conversations. It also checked how many of the interactions eventually led to an offline meeting. The results were surprising:

This means it may be reasonable to expect your casual relationship to have a one-in-four chance to evolve into a committed one.

Another study measured safe sex practices between casual couples and committed ones. It found, as the researchers predicted, that condom use was more common in casual relationships.

It also tells us that casual relationships evolving into committed ones is the exception rather than the norm, as safe sex largely precludes that evolution.

Lastly, a fourth study tried to find a link between casual relationships and suicidal ideation (or thinking about suicide). Unfortunately, it found a positive link—meaning entering into a casual relationship carries with it a risk of depression and thoughts of suicide, especially if you’re under the age of 29.

Does the risk get smaller as you grow older? Does it get risker? Or does the risk stay the same? More research is needed to answer those questions. For now, understand that there’s a real risk of mental health problems when going the casual relationship route.

That makes it doubly important to follow the casual relationship rules you’re about to learn. From what science tells us, there are six rules to adhere to at all costs.

The closer you follow these rules, the safer and more satisfying your casual relationships will be. Not doing so can lead to disaster and several years of difficulty for both you and your partner.

Rule #1: Know what you want

Do you want your casual relationships to be sex-only? Are you after one-night stands? Do you want friends with benefits? Or do you want a relationship that’s casual and laid-back, while still having the option to make things serious if things work out?

You must understand that all these outcomes are achievable, but you must know what you want. Only then can you have any measure of control over the results you get.

What kind of relationship—and what kind of partner—do you want? If you’re not sure, here’s a helpful guide.

Rule #2: No kissing and telling

The age-old rule still applies. When you have sex with someone, you don’t tell anyone about it. I don’t think any woman will agree to get into a casual relationship with you if you can’t make that promise.

Remember: A woman’s reputation in society matters to her more than anything else. Kissing and telling damages that reputation, often beyond repair. I suggest you do the right thing and keep everything just between the two of you.

Do you still feel the urge to tell the fellas about the hot chick you bedded? Then this article just might scare you straight. 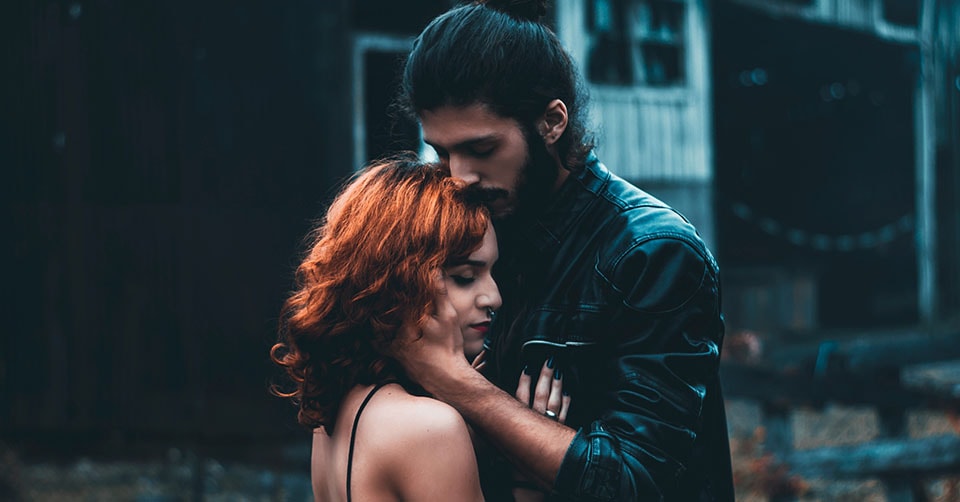 Does the thought of being in a casual relationship—a one-night stand, having friends with benefits, or anything in between—make you feel uncomfortable and shameful?

There’s no judgment if it does, and it’s important to be upfront with yourself about it. If casual relationships go against your values, beliefs, or conscience, then don’t do it. The guilt will tear you apart for years to come.

Meanwhile, the same goes for any woman you’re interested in. If you want to get into a casual relationship with her, be upfront and say so. “I’ll be honest—I don’t want anything serious right now. If you’re uncomfortable with the idea of a casual relationship, that’s fine—let’s just be friends.”

If you’re not sure about how to go about the whole casual dating thing, I recommend you read our article on casual dating with multiple women.

Rule #4: No falling in love

This one is, of course, optional—if you want your casual relationship to grow into a committed one, you can ignore this rule. Otherwise, it’s a central tenet of any casual relationship—if one of you falls in love with the other, the affair is over.

As with Rule #3, it’s a good idea to communicate your intentions with a woman upfront. “I’m not after commitment. If we slept together, do you think you’d fall in love with me? Because if you do, no worries—but I think it’s better we just stayed friends.”

Are you prone to falling in love? Here’s a quick test: Imagine you had a casual relationship with a sexy, beautiful woman.

Now, imagine you found out one day she has another casual relationship with another man—and she never told you.

Would you feel jealous?

If you do, then a casual relationship may be a trap for you. Even if you agree to keep things casual, there’s always that risk of behaving like a jealous boyfriend even if you’re not exclusive.

This one’s another age-old bit of wisdom: don’t be a fool, wrap your tool. You’ll want to avoid ruining a good casual relationship with pregnancy or an STD.

You’ll be hard-pressed to have casual sex, much less a casual relationship if you insist on doing it raw. Want no-strings-attached sex and relationships? Wrap your tool. It’s that simple. 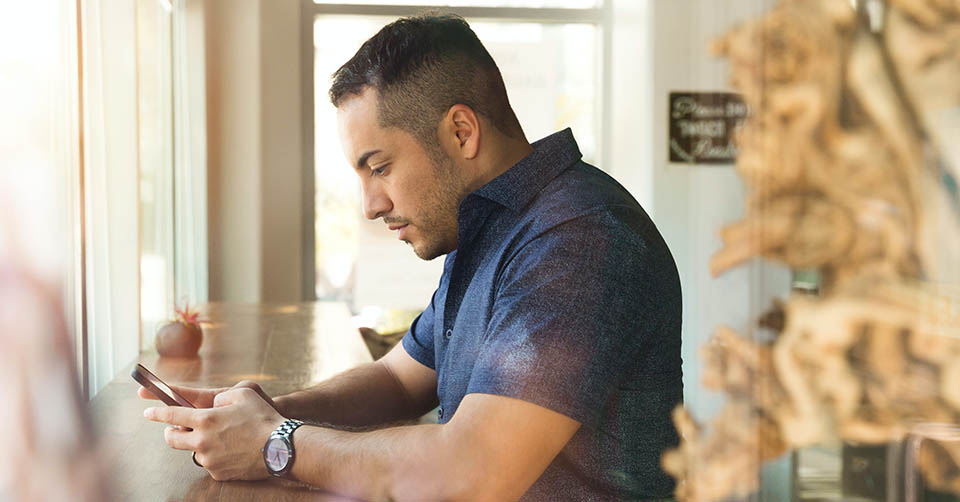 Lastly, here’s a spoiler alert. While you both might agree on not falling in love with each other, she still might. You’ll know she has when she starts playing hard to get. She’s meeting you less, and she’s withholding sex until you do something she wants.

What should you do in this situation? If you’re still not interested in commitment, it’s best to simply not take the bait. Instead, end the relationship as cordially as you can and move on to the next.

What if you developed feelings for her as well? Then by all means, talk to her about committing and see where it goes.

Most times, though, you’ll want her to chase you. That way, you’ll know how invested she is in you and you can address it accordingly–whether you welcome her feelings or you’d prefer to keep her at arm’s length.

These are the six casual relationship rules to observe at all costs:

Follow the rules, and you’ll be in for a mutually rewarding casual relationship (or three) that are truly no strings attached. While each relationship will be temporary, following these rules will mean you’ll enjoy each one to the fullest while they last.

Ignore the rules, and what happens? You’ll find yourself trapped in situations you never wanted—probably for years to come. My suggestion is to save yourself, her, and everyone else involved the trouble and just follow the rules.