8 Signs of Emotional Blackmail From Women Guys Need To Know 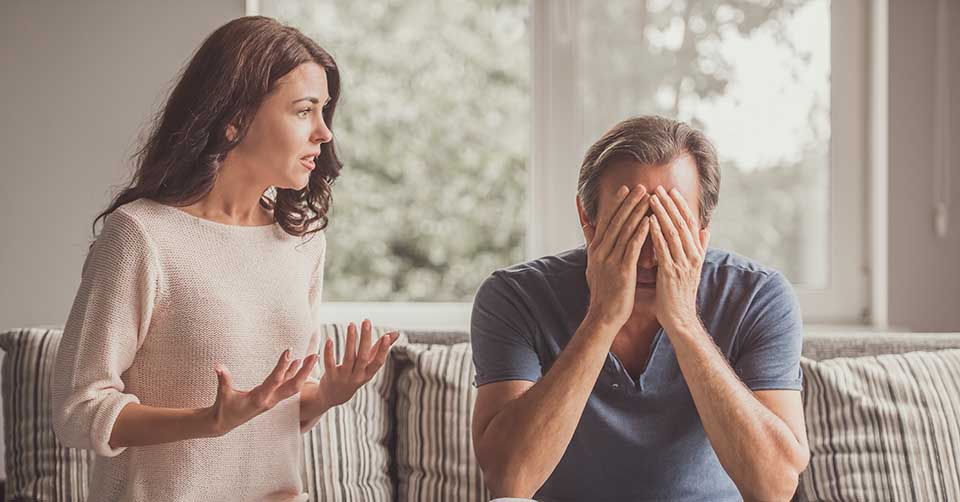 Caring about an emotional manipulator is going to toss you on a rollercoaster ride that will take you from feeling like a champion to an abandoned beat-up truck. Things will start off intense and passionate. You will be sucked into a Hollywood fantasy land. Nothing will feel as powerful as the burning, mind-blowing love you are feeling. Until the accusations start. The anger, the shaming, the lies, the bullying, the control and the breakups. Before you know it, emotional blackmail rears its ugly head.

If you are dating a lot, you are going to expose yourself to some pretty messed up and manipulative women. These wounded women want to be in relationships but they can make your life hell if you get involved with them.

Most dating advice teaches men how to get the girl but skips over the danger of getting involved with a woman who uses emotional blackmail to get what she wants.

I don’t say this to be critical of women because the vast majority will be good women. I say this to encourage conscious dating. So you don’t waste your time toiling in a relationship hoping things will get better or believe that you need to put up with shit to receive some love.

Being able to identify an abusive relationship and having the power to walk away means you are giving yourself a chance of being with a really great woman.

What is Emotional Blackmail?

Emotional blackmail is when someone close to us uses the things they know about us (including our weaknesses, secrets and vulnerabilities) as a means to cause harm or manipulation.

The cycle involves idealizing, devaluing and discarding. They will love and adore you. You will be the super special person in their life. Then they will needlessly start criticizing you. Then they will blame you for all their problems and want nothing to do with you.

This is exactly what happened to my friend, Keith. Things got hot and heavy very quickly. He had sex with her on the first date. She told him that she never felt this way about a guy before and they moved in together.

A few months into the relationship, she started to point out things she didn’t like about him. She didn’t like his shoes or the way he used the wink emoji in his texts or why he doesn’t sit down on the toilet when going for a pee.

It all seemed pretty harmless until she started to attack him anytime he was in a low mood or just chilling by himself. If he tried to defend himself, he was called “lazy” or told how messed up he was as a person.

Anytime he challenged her on her bad behavior she would play the “maybe this isn’t working out” or “maybe you should leave” card.

It escalated to the point where she blamed him for everything that was wrong in her life and how she would be so much better off without him.

He was addicted to her. He couldn’t leave no matter how bad things got. He tried to explain her behavior away by saying “she has a good side too” or “she had a difficult childhood”. He thought things would eventually sort themselves out. Maybe he could help fix her difficult past. The cycle repeated itself for about 2 years until Keith was discarded permanently.

Emotional blackmail will make your life miserable even after the relationship ends. It can destroy your sense of self, your confidence, your authenticity and your trust in people.

When you have emotionally bonded with a deeply wounded woman, it can be hard to see that you are in a toxic and destructive relationship. Being aware of the types of emotional blackmail can help you identify behavior you wouldn’t have recognized as manipulative.

So let’s look at some signs that you are being emotionally blackmailed. 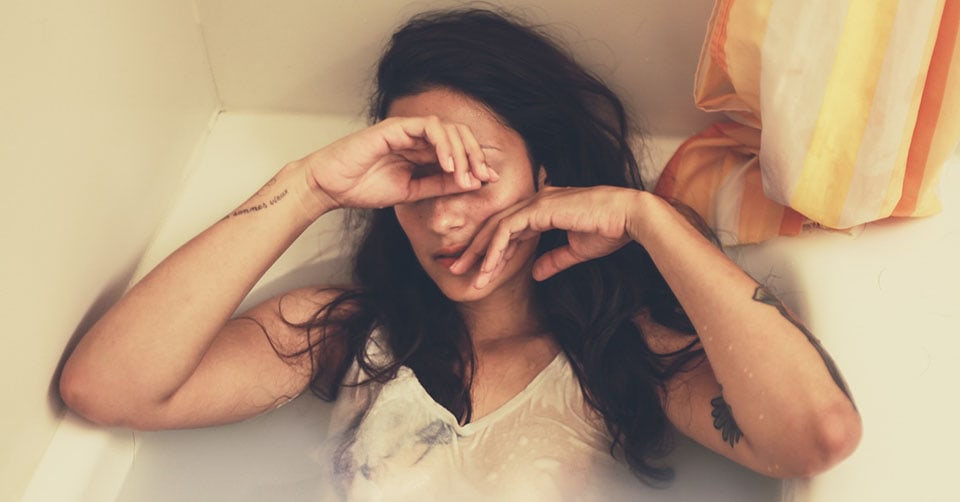 For the most part, being emotionally blackmailed starts off with a seemingly great relationship. All your good times then serve as ammunition for future emotional blackmail attempts.

So if your relationship started off rocky or you’re not that invested in her, chances are you won’t be as vulnerable to emotional blackmail. However, if you’re head over heels in love with her (or she’s in love with you) and you can’t see a future without her, the blackmail becomes all the more effective.

They think only in black and white

Normal people are able to come to a compromise about things. But emotional blackmailers have a “you’re either with me or against me” mentality. This means that you either give in to their demands (no matter how unreasonable) or it’s proof that you hate them and want to make them upset. It’s extremely manipulative, but in the heat of the moment, you may be tempted to give them what they want to keep the peace.

You doubt your emotions or think you might be over-exaggerating

An emotional blackmailer will continually ignore the emotions of their victim. If you feel hurt or sad because of something they did, they will likely tell you that you are “over-exaggerating” or “too sensitive”. If speaking about your emotions or feelings to your partner is an issue then it is a clear sign that you are being emotionally blackmailed.

You feel worthless and undesirable 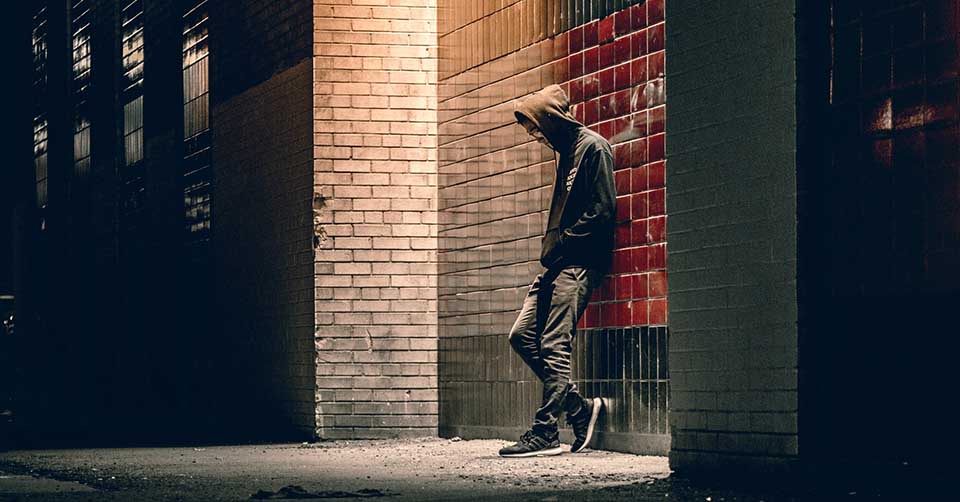 A person being emotionally abused is constantly being blamed for everything that goes wrong. The person starts believing that they might not be good enough. They start accepting the allegations against them. Seeing themselves as defective and constantly trying to prove to their abuser that they are “good enough” but always falling short. This can lead to a collapse in a person’s self-esteem.

Emotional abusers are frequent liars. You will hear them say “I never said/did that” quite a lot. This is known as gaslighting. This makes you doubt your own reality and even question your own sanity.

You name excuses for your partner’s bad behavior

“She has a good side”, “She isn’t always that bad” or “She had a difficult past”. If any of these phrases sound familiar, stop, because there is no justification for emotional abuse. None whatsoever.

Emotional abusers have no problem dishing it out but they hate being held accountable for their own actions. They will never admit any wrongdoing. Somehow you will find yourself in a position where you are the one apologizing to them and feeling guilty for upsetting them for what started as their bad behavior.

They threaten to damage the things you hold dear

An emotional blackmailer wants to know everything about you including your fears, secrets, weaknesses and vulnerabilities so they can use it against you. They’ll threaten to ruin your things or destroy your relationships with your loved ones. The fear is often the fear of abandonment so the abuser will consistently threaten to leave if you challenge them on their behavior.

Emotional abusers have no problem snooping through your phone, messages, private letters or anything else that might be a personal boundary. If you ask them to stop something because it makes you uncomfortable, they will go ahead and do it anyway.

How to Avoid Emotional Blackmail 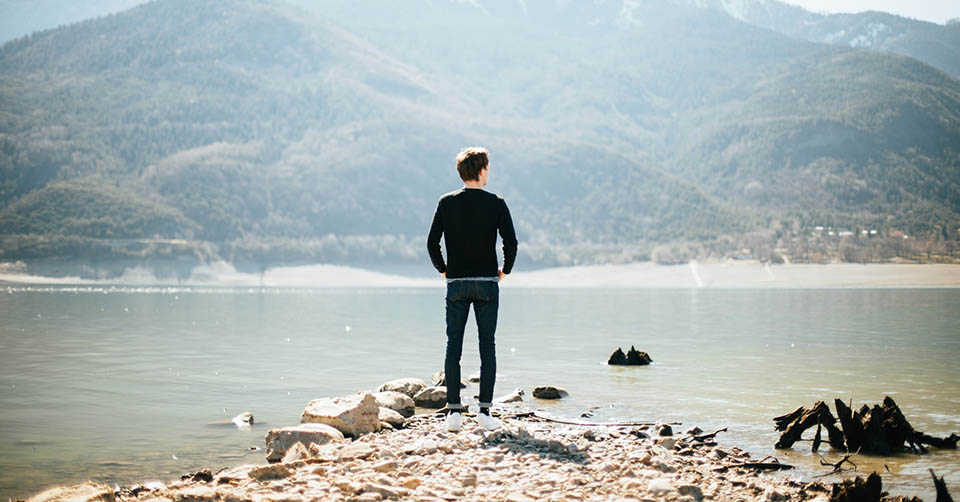 If all the stuff about emotional blackmail is starting to make you question being in a relationship, you should keep in mind all the ways you can avoid being blackmailed. Here are a few ways you can keep your sanity and sense of self intact.

Have an exit strategy

When you’re being emotionally blackmailed by your girlfriend, you need to start planning your escape. You should have someplace to go if you’re breaking up with someone you live with. Start packing your thing and securing important documents so she can’t use them to lure you back in.

If you don’t live together, tell a few trusted friends about your ordeal so that they can help you avoid your soon-to-be-ex. It can also give them the heads up in case your ex wants to blast you on social media in an attempt to humiliate you.

Run as fast as you can

I need to be blunt here. If you feel you are being emotionally abused in your relationship then you need to get out of it as quickly as you can. Abusers thrive on causing you emotional chaos. She will burn you out and make you miserable. At first, she may seem like she wants to change and make your relationship better. Don’t give in because all those red flags she’s been showing are her true colors.

Self-love is the foundation for all of your happiness and fulfillment in a relationship. I recommend an easy read, Love Yourself Like Your Life Depends On It by Kamal Ravikant. When you love yourself, you will walk away from anyone who treats you other than how you want to be treated. This may just be the most important method of avoiding being emotionally blackmailed, so you need to learn how to love yourself.

Be a good picker and a fast ender

Whatever you put up with in a relationship gets worse over time. We see these problems creep into our relationship early on. But we can tend to turn a blind eye in the hope that things will get better or the other person will change. But whatever you are dealing with now is just going to get much worse in the future.

Having a happy, healthy, long-term relationship means being able to pick a good woman and ending it fast when you encounter those “red flags”.

There are a boatload of amazing women out there. You don’t need to put up with shit to have a loving relationship. Life is too short for senseless drama and the opportunities to date and meet a beautiful woman are too great.