Female Hypergamy: What It Is and How It Affects Your Relationship 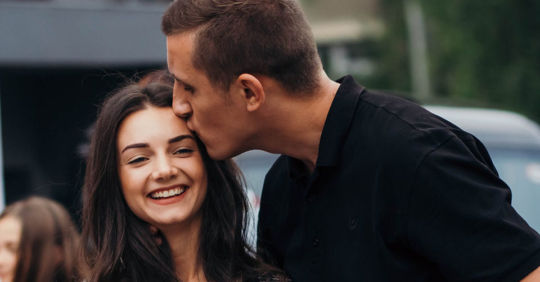 Have you heard about female hypergamy? As one of the most talked-about buzzwords in modern dating and social dynamics, hypergamy is a crucial aspect of human nature that men need to understand about women.

The concept of female hypergamy isn’t a new one. It has existed for thousands of years where women are pressured to “marry up”. That is these women get societal and familial pressure to marry someone who has a higher social, cultural, or financial standing than them. So is that good news for you or not?

To learn more, read on to discover what female hypergamy is and how this can affect your relationships.

What Is Female Hypergamy

Here’s a simplified explanation of what female hypergamy is. You can use this information to understand women better in the world of dating.

Hypergamy is the act or practice of courting a person of a higher socioeconomic or social class than oneself. Because social standing, wealth, and renown are valued attributes in human relations, people seek out ways to attain these attributes by aligning themselves with individuals that have them for a greater benefit through partnership.

And as stated in the introduction, hypergamy is a relatively new buzzword in modern dating dynamics, but it is nothing new. As a matter of fact, the practice has been relatively common for as long as men and women have engaged one another in social relationships. Both men and women practice hypergamy to some extent, where men will marry an older woman with a large inheritance or a woman will date only high-achieving men.

Social standing, wealth, and renown are complex social games that point towards how men and women rear children with good genetics and a sound upbringing. Hardwired in our genetics since prehistoric times, hypergamy in men is geared towards choosing women with markers of fertility (such as wide hips, large breasts, and a strong body), whereas women choose men that are higher on the dominance hierarchy (choosing alpha males versus beta males).

As many people understand, our modern world has shifted to empower women to take on new roles that were previously forbidden or unattainable. With society becoming more egalitarian, women are rejecting antiquated ideals of previous generations. This manifests in a number of ways, including:

Nevertheless, female hypergamy is hardwired as a survival strategy for women and their offspring. By attaining a high-value man, women attempt to guarantee more resources and influence in their social sphere, as well as raise children with desired genetics.

Women exhibit their hypergamy by appealing to men in a number of ways. Essentially, it all boils down to “use what you’ve got to get what you want.” A woman will dress provocatively to attract men to fight over her, use her intellect to evade men of low intelligence, and contribute to organizations in hopes of gaining access to men that are harder to reach than by conventional means.

If successful, a woman is guaranteed a capable provider who can protect her from danger and make her life more comfortable. Women will then use this male as a proxy to give them greater access to their conscious and subconscious desires. This directly translates to our modern dating world, which explains why our information-rich world is so keen to create strategies to harness it.

What You Need to Know About Dating Hypergamous Women 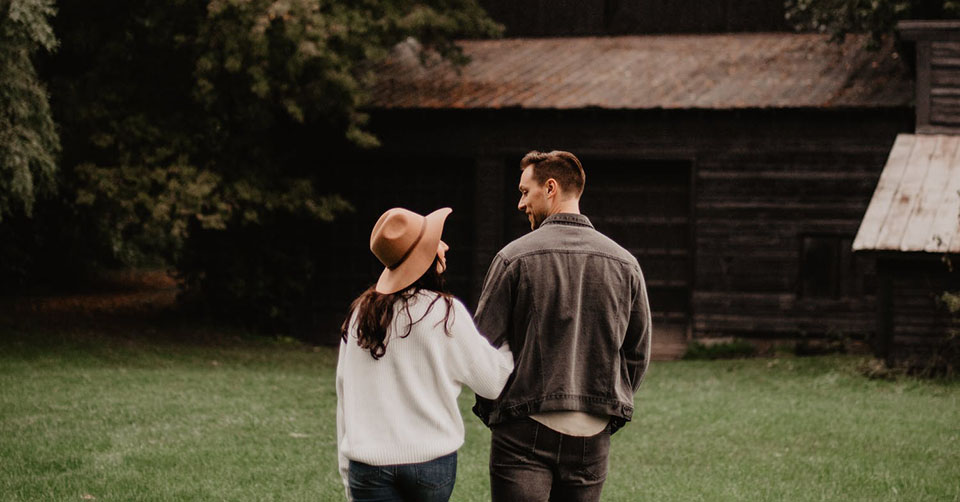 Now that you have a basic understanding of female hypergamy, let’s take a look at what men need to know when dating hypergamous women.

All women are hypergamous to some extent

Nearly every woman wants to date or marry up. When you think about it, why would a woman choose a man beneath her social standing - even for love? By choosing a lesser male, she may be guaranteeing a life of hardship and disappointment.

From romance novels, films, and celebrity gossip, it’s abundantly clear that women climb the social hierarchy by attaching themselves with a man in a higher position. It can be argued that women pursue careers and education in hopes of catching a man that gives them a greater foothold in the world, then casting off partners as a stepping stone to attain even greater levels in the social hierarchy.

Of course, there are exceptions to climbing a specific social hierarchy. For example, a woman who’s bored with her current stockbroker lover that makes six figures may make an abrupt shift in what she values, choosing a “bad boy” that is in a high position among his own hierarchy.

Nevertheless, all women practice female hypergamy knowingly or unknowingly. And as a man, it’s important to understand this concept for greater success and understanding of female nature.

Bring your “A Game” always 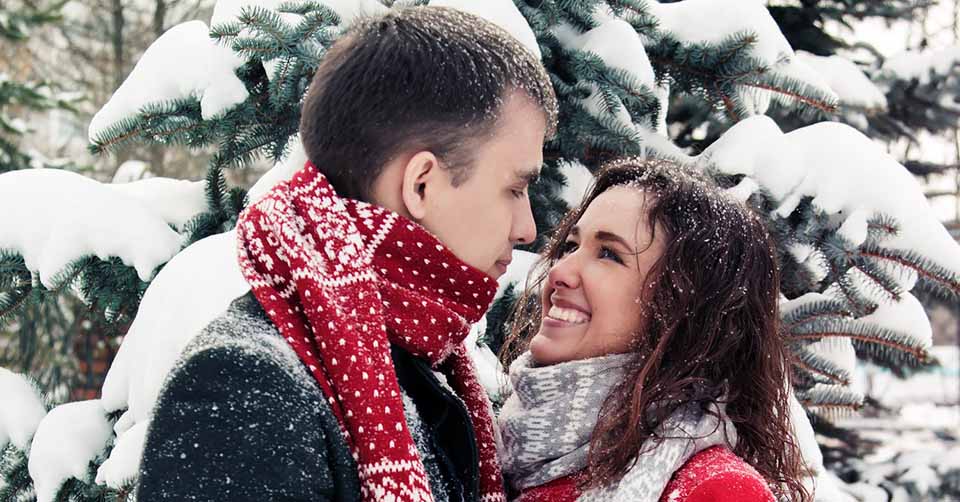 The dating world has become fiercely competitive. Despite our primitive desires, modern technology has only exacerbated a highly-connected world. Social media and the mass dissemination of information means that women seek out partners beyond their immediate environment. A profile on Tinder can stimulate a woman to look beyond her current partners - even if those men are at the top of their local dominance hierarchies.

Therefore, men must always be striving to produce more, be in the best shape, and climb the social ladder in order to attract high-value women. Working on creating the best version of yourself is a valuable dating strategy, but it must also be a day-to-day regiment.

Failure to do so will often lead to a life of short-term partnerships or settling for low-value women - and even those women will pine for other men. Even if you slip up due to an injury, job loss, chronic health problem, or other problems, a woman will be looking elsewhere to get her needs taken care of.

The door is always open

Modern society has often portrayed relationships that last for decades through thick and thin. Most marriage vows state this (“in sickness and in health”), but the truth is that while women still retain their attractiveness, the door is always open for her to find new partners to satisfy her desires.

Many men find this realization disheartening and often bemoan the “disloyalty” of women, but it’s a truth that cannot be avoided. Depending on the quality of women that you’re dating, particularly younger women with options, men need to understand that female hypergamy forces women to choose the best mate they can get at the expense of loyalty to their current partner. You may find yourself out of favor if she thinks she has a good chance that a better man is available.

Her clock is ticking 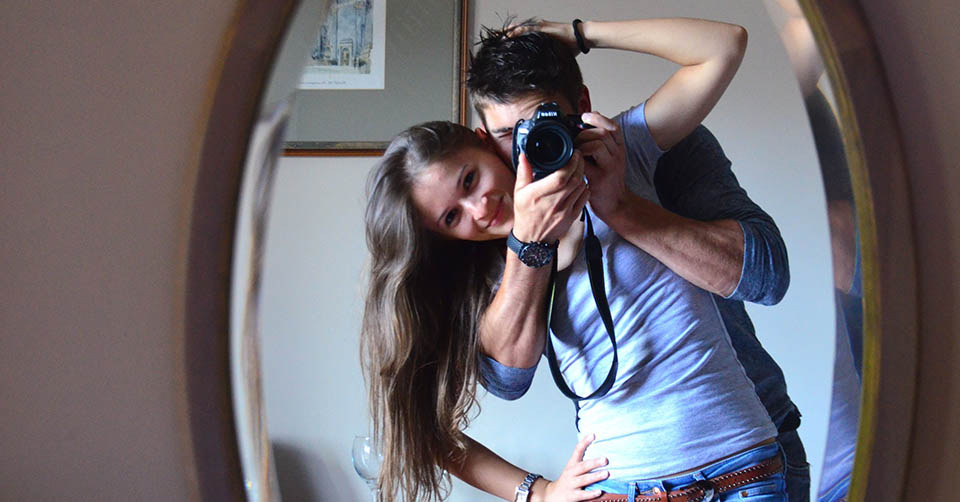 Often, a woman's worth is tied to youth and perceived beauty. Most women become capable of having children by the time they are 12 years old (with that timeframe ranging as low as 8 years old and as high as 14 years old) and immediately realize that any sexual interaction can lead to children. As she grows older, rearing children becomes less likely until she reaches menopause, as well as the likelihood that her children are born with birth defects in her later years.

Men don’t have this timeframe, being able to rear children well into their golden years. This creates a strange dichotomy where women will act more aggressively to find a suitable partner as they age.

Typically, women start to make serious life choices on finding a partner around the time they reach 30 years old. Men who are in a relationship yet don’t offer her children or a steady “nest” for pregnancy and early childhood development will often be discarded in favor of men that do (known colloquially as “baby fever”).

She may be dating multiple people at once

Women explore their options to the fullest extent that they can. After all, if you’re shopping around, you don’t want to commit to an inferior man when a better one is available.

However, finding out a man’s true nature takes time. Most dating strategies involve a type of deception, where men and women sustain their best appearances and behavior to get what they want (e.g. sex, love, companionship, etc.). This is why women continually test men to see how fit and capable they are.

Therefore, it’s important to understand that women will date multiple partners (women and men) as part of her dating pool to test her options and give her feedback on what her realistic options are.

Limit her exposure to high-value men

If you have some say in a relationship, you may want to limit her exposure to high-value men. If, for example, you live in a rural area, she may gain a distorted sense of men she encounters on a vacation or on a business trip. Often, a “girls night out” is often a coded version of finding better men without your presence - and make no mistake, her friends will most likely never tell you if she exchanged numbers with men she meets without you.

While you don’t want to set boundaries that are manipulative, controlling, or overly limiting to her development as a woman, you may make the decision to steer her towards more female-centric activities and places of work. Or, you can test her in different social circumstances to see if she has a wandering eye.