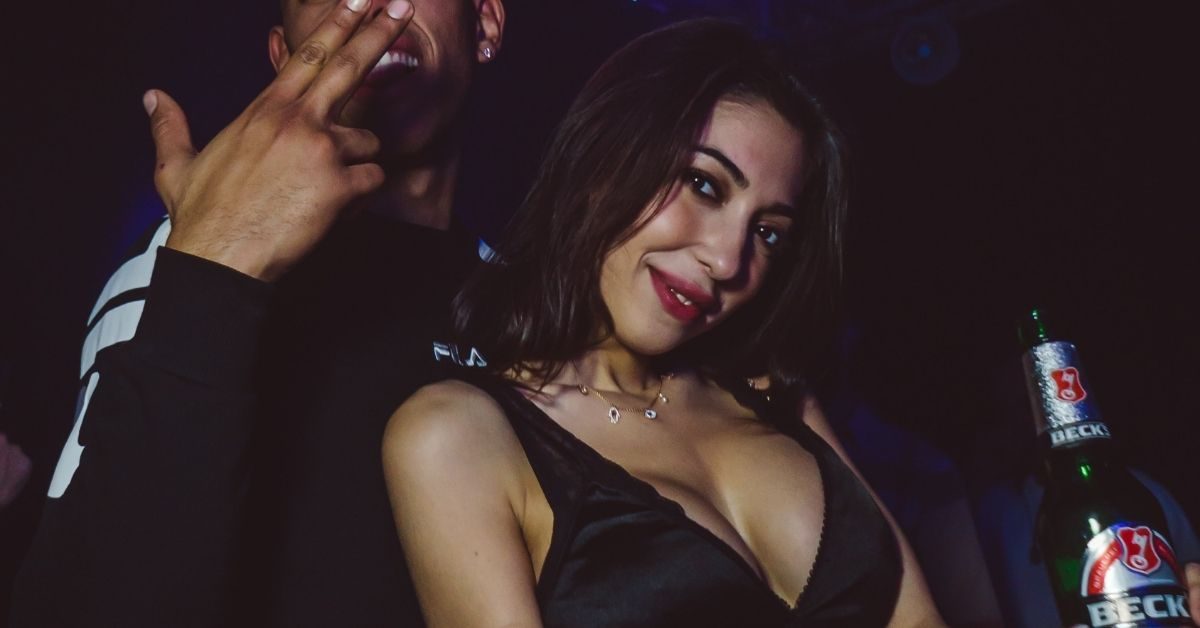 While there’s no guaranteed way to get a girl to like you, there is a best way. We have created a simple 5-step guide to interacting with women you’re attracted to. These steps will give you the best possible chance of developing a romantic connection. They’re based on our years of research and experience of putting these steps into action.

So, let’s dive right in.

Step 1. You need to talk to her if you want a girl to like you (obviously)

There’s no value in being that mysterious guy who doesn’t talk to her. In most cases, it’s also a bad idea to wait for “the right moment” to introduce yourself. This lessens your chances of attracting girls.

If you spot this woman while you’re out and about, you might not get another moment to meet her. She’s either going to leave the venue - and most likely your life - or some other guy is going to swoop in and talk to her instead.

If this woman is a classmate or work colleague and you see her often, the “right moment” to talk to her is still as soon as possible. By waiting until next time, you’re giving every other guy an opportunity to ask her out before you do.

If you’re nervous around women, they’ll sense there’s a reason for them to be nervous too. That’s not ideal for making her attracted to you. If anything, they’re going to feel uncomfortable.

So, the question is: how can you ease your nerves about speaking to women?

Well, the best solution is to talk to lots of women!

When you make a consistent habit of approaching and flirting with beautiful women, you begin to realize there’s nothing to be nervous about. Most likely, you’ll experience the worst possible scenario of her saying “no” to you and see that it’s not so bad.

Occasionally, you’ll enjoy the best possible scenario of her enjoying your company and saying “yes” to a date, then conclude that the risk is worth the reward. The more you practice approaching and flirting with women, the better you’ll get at it. The better you get, the less nervous you’ll be. This way you can better develop your storytelling skills to get the girl.

So, that’s why you should absolutely go and talk to a beautiful woman - even if you feel nervous!

Maybe you won’t hit it off with this particular one, but it will help ease your nerves for the next time. These self-esteem exercises are also great for reducing nerves around the opposite sex.

Step 3. Don’t pander to her. Be yourself.

Pandering to a woman could involve endlessly complimenting her, agreeing with all of her opinions or stepping on eggshells to ensure you don’t offend her. It’s a great way to make friends with her. However, it’s no way to win her heart as a lover. A beautiful woman is so used to nice guys pandering and essentially trying to “friend” their way into her pants. She might even say that she has a boyfriend.

It’s boring. It’s predictable. Honestly, it’s also confusing and awkward for a lot of women. She knows she’s just a normal pretty girl who farts, sweats and forgets to shave like everyone else. So, a lot of the time she’ll wonder why men put her on such a lofty pedestal. One thing she does know is that these types of men aren’t worth dating. She wants to be looking up to her boyfriend.

That’s why it’s better to treat her with the same level of respect that you would your closest friends. The people you don’t need to impress because they already like you. This way you can trigger the emotional attraction switches between the both of you.

Yes, you should be respectful, but you should also feel free to tease her, disagree and express yourself without filters or fear of judgment. This is what people mean when they tell you to “be yourself.”

The thing is: so few men can do this around beautiful women. If you can treat her as your equal in this way, you’ll stand out and she may soon be the one chasing your approval.

Flirting isn’t just complimenting her eyes. It’s playful teasing. It’s playing a bit hard to get. It’s about slowly getting more and more physical throughout an interaction. You can even use trigger words to get her to chase you.

But what if you’re not a natural flirt?

Once you start to believe you’re a sexy man, you’ll usually have no problem enjoying the natural art of flirting.

This can mean a lot of things depending on the scenario.

It could be asking her out on a first date. If you’re on the date, it could be going for the first kiss.  If you meet in a wild crazy nightclub, it could be sticking your tongue down her throat and taking her home for a wild one-night stand.

Either way, a lot of guys wait too long to “make their move.” Most will wait for a clear sign that the woman definitely wants to be dated, kissed or taken to bed before shooting their shot. As respectful as this sounds, that’s no way to make her heart flutter.

Women don’t want to have to give you a massive hint. Often, the fairer sex will give you no indication that they even like you. And knowing how to read women will be a great help.

That’s partly because they’re afraid of rejection. But it’s also because they love assertive men who fearlessly go after what they want. They want to be led! So, you need to grow the balls to lead them.

Sometimes, a woman will be indifferent about you, but she’ll be so swept up by your confident act of assertiveness that she’ll go with it. Other times, you’ll make your move too quickly, she’ll reject your advances and you’ll look a bit silly. But even then, it might not be game over. Perhaps you just have to be more patient.

However, if you wait too long to make your move, it is common that women will close the door completely. She’ll categorize you as a man who isn’t brave or confident and be completely turned off.

So, you need to get in the habit of making a move before it’s too late!