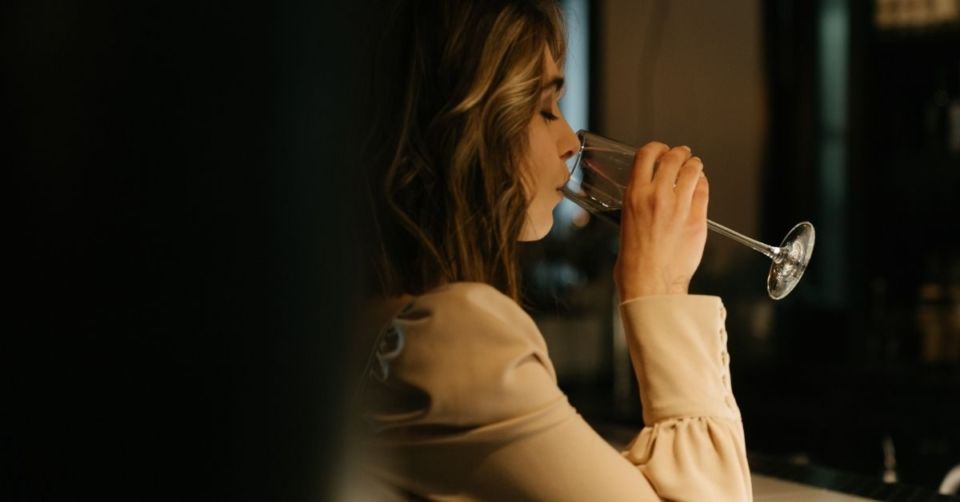 You’ve met the most amazing woman. She’s smart, funny and undeniably hot. You desperately want to get to know her better but then she utters the four words every smitten guy hates to hear: “I have a boyfriend.”

Now what? Do you move on and let this girl of your dreams go? Not necessarily.

A woman may say she has a boyfriend because, well, she actually has one. But, sometimes, single gals will say they’re attached when, in fact, they’re not.

Let’s break down the main reason a woman will lie about being in a relationship:

Unless her reason for lying about her single status is that she’s not interested in you whatsoever, you still have a decent chance of getting the girl. Want to know how? Read on!

Does She Actually Have a Boyfriend? How to Find Out

If you’re chatting and a woman says she has a boyfriend, don’t beat a hasty retreat — unless you’re not all that interested anyway. If you’re into her, simply continue to chat with her and be observant. Knowing how to read women would be helpful here.

Watch her body language and the subconscious clues she may be giving you. Granted, every girl flirts a little bit differently, but if she plays with her hair, plays with her necklace or earrings or adjusts her clothing in a way that makes her more alluring (e.g. she crosses her legs so her skirt hikes further up her thighs) then she’s subconsciously trying to make herself appear more attractive. A woman who’s in a committed relationship likely wouldn’t do that.

If she holds your gaze, is focused only on you and asks you in-depth questions, those are also pretty good indicators that she’s interested. You can test your theory that she’s secretly into you by touching her. Lightly touch her arm, hand or shoulder while talking to her and see how she responds. A woman who loves her boyfriend will probably look uncomfortable and may even back away from you. If she seems comfortable with your touch, it’s a good sign that she’s either single or just isn’t that into her boyfriend anymore.

As you continue to chat, if she’s single and into you, she’ll probably throw out some pretty big hints that she is actually available. Or she may even backtrack and say something like “actually, my boyfriend and I just broke up.” Either way, you’ve got the greenlight to take things to the next level by getting her number.

Should You Pursue a Woman With a Boyfriend?

If she does actually have a boyfriend, he’s bound to come up at least a few times during the course of the conversation. If she talks about him enthusiastically and shows more signs of being friendly rather than flirty, it’s time to cut your losses and move on.

You don’t want to be the jerk who tried to ruin her happiness, do you?

However, if you’ve been chatting a good long while and the lady in question has made no move to brush you off with a lot of boyfriend talk, that’s good news. It could mean she’s unhappy with her relationship or she may be bored with her boyfriend and is looking to see what else is out there.

Obviously, if she were a cheater, she wouldn’t have mentioned her relationship status in the first place, so it’s pretty unlikely you’re going to get her into bed after one conversation. But you can still make a big impression on her and get her thinking about you — a lot.

Never, ever badmouth her man. Your opinion isn’t going to magically change her mind in your favor. Instead, it will come off as a pathetic attempt to make yourself look good at the expense of her boyfriend.

Attractive, confident men don’t need to belittle others to make themselves look better. So, rather than insulting her man, focus on being witty, charming, memorable and a great storyteller — and let her make the comparison between you and him. If she’s not happy in her relationship, chances are, she’ll at least consider giving you a shot.

If a woman is struggling in her relationship, one of the best ways to get her thinking about you in a romantic way is to make her laugh. Women love a man with a sense of humor. This is a great way to get a girl to like you.

If you can make a woman laugh, not only does it get her mind off of her troubles, but it also helps her to associate you with feelings of happiness. And that’s a good thing. You can even use trigger words to get her to chase you.

Remember, shared laughter will bond you together, so be as charming and witty as you can whenever you see her. If she’s someone you just met and doesn’t have your contact info, offer to connect online in case she ever wants to talk.

If she’s bored or unhappy with her boyfriend, it may be because they don’t share the same passions. If you can find common interests, that instantly makes you more attractive to her.

While we never recommend manufacturing an interest just to get a girl, it’s totally OK to reinforce what the two of you do have in common. Ask her what her passions and hobbies are. It may be that you both love working out and healthy eating. Maybe you’ll share a love for classic movies or reading. Or perhaps you’re both passionate about the outdoors.

If you can find common ground with the woman you like, this will not only give you something to talk about, but it will also have her thinking about how compatible you are. This may also trigger the emotional attraction between you two.

If a woman is attached, even unhappily, you should never pressure her to leave her boyfriend for you. Doing so puts you in a bad light and will likely leave a sour taste in her mouth. This is not one of the ways to attract girls.

Remember, you want her to think about what a great guy you are — and that means no making a move on her as long as she is with him. The key is to make yourself as attractive as possible to her. And that means no cajoling her to be with you or telling her that you could make her much happier than the chump she’s with.

Instead, show her that you’re a great catch by being confident, authentic, caring and funny — without coming off as too available. You don’t want to be her back up plan or worse, her friend. The goal is to make her take a good hard look at you compared to the man she’s with. If you do everything right, she’s going to see you as the more attractive option.

5. Let her make the move

As hard as it might be, you have to leave the ball in her court. Like we’ve said before, making a play for a woman in a relationship is going to make you look like a jerk. If you want any kind of future with this woman, the decision to leave her boyfriend for you must be hers and hers alone without any kind of pressure from you.

Final thoughts on picking up girls with boyfriends

Getting a woman to fall for you isn’t easy at the best of times. It’s even harder when she’s already with another man. So, if she hasn’t truly gotten under your skin it might be wiser to move on. If, however, you can’t get her out of your mind and want her more than anyone else, following our tips can help you to not only get the girl, but you can do it with class and a clear conscience.