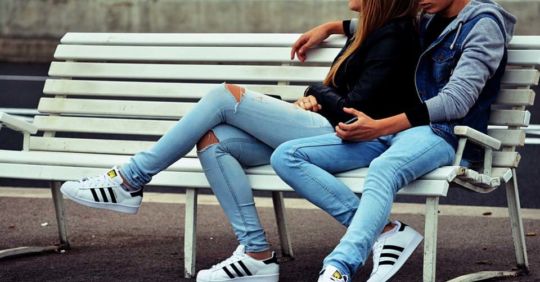 Are you wondering how to help your girlfriend get over her ex? This guide explains a range of steps to help stop her from thinking about him.

It can be difficult dating a woman who’s still getting over a breakup. If her ex is on her mind all the time, it can cause her heartache and make her pine for the good parts of their relationship.

Needless to say, that’s not good for the future of you two as a couple.

So, if your girlfriend appears to still have strong feelings for her ex, make sure to carefully read these tips.

This guide on how to help your girlfriend get over her ex might just save your relationship.

Perhaps you’re reading this guide thinking: “I’m not sure if my girlfriend still loves her ex”.

In this case, you might not know whether it’s worth following the advice or not. That’s why I decided to include this comprehensive list of signs that a woman still has feelings for her ex.

The more of these warning signs that your girlfriend is showing, the more confident you can be in saying: “My GF still loves her ex”.

Another way to confirm your suspicion of “my girlfriend loves her ex” is to casually ask her about him. If she’s completely over him, it’ll be no big deal for her to answer your questions. Yet, if she still has feelings, she’ll often become very defensive or unwilling to talk about him.

How to Help Your Girlfriend Get Over Her Ex

The best way to help a girl get over her ex is to be an even better lover/boyfriend than him. This doesn’t mean you should compare yourself to him or actively look for ways to be an improved version of him. Instead, focus on being the best version of yourself around her.

If she has a man who is treating her well and maybe surprising her with gifts or exciting experiences, she’ll have fewer reasons to pine about the past.

In most cases, it’s best not to probe too much into her feelings for her ex, even if you get the hint that she’s not over him. If it appears as if you’re jealous of him, that’s only going to add to any feelings that she might have about him being superior to you.

If she brings up any stories about him, it’s important to listen but try not to get emotionally involved yourself.

Now, of course, you should draw a boundary when it comes to the sorts of behaviors listed above. If her ex-boyfriend is becoming a constant part of your life because he’s being brought up so much, this needs to be addressed.

Again, getting emotional about this issue isn’t going to help. But, feel free to calmly question why she feels the need to bring him up so often.

At this point, she’ll usually either:

Either way, if you are being a great boyfriend who treats her really well, she will hopefully make an effort not to bring this guy into your relationship so often.

If she feels lucky to have you, she’ll hopefully see that pining for him is hurting her relationship with you. If it keeps happening, maybe you’ll have to spell it out for her, in an empathetic way of course. 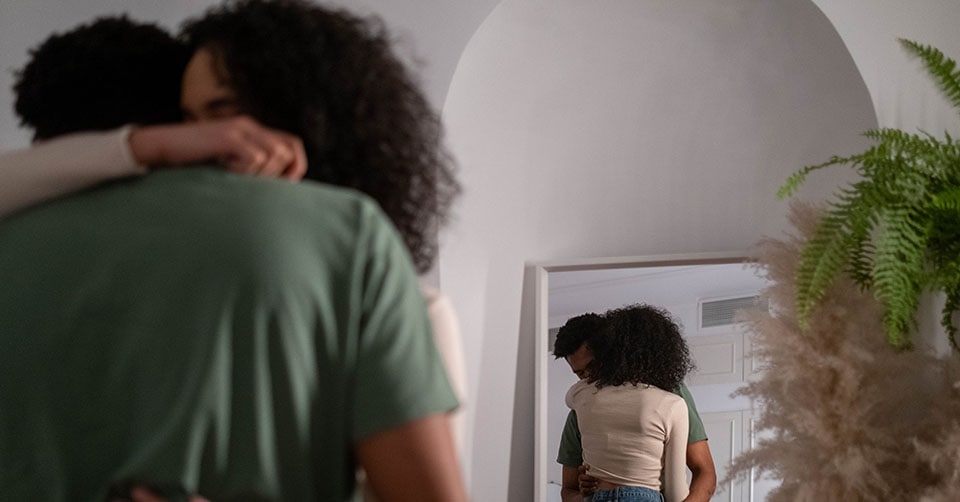 To summarize, you should:

Then, if she keeps showing these signs that she’s not over her ex, calmly ask why she feels the need to bring him up all the time…

Ultimately, you’re aiming to show your ex-girlfriend that you’re not threatened by her ex-boyfriend because you know you’re treating her so well. But you also need to be strong enough to enforce a boundary if she’s letting her nostalgia for past relationships ruin yours.

The better a boyfriend you have been to her, the more likely she is to comply when you set these boundaries for her behavior.

You got this, champ! 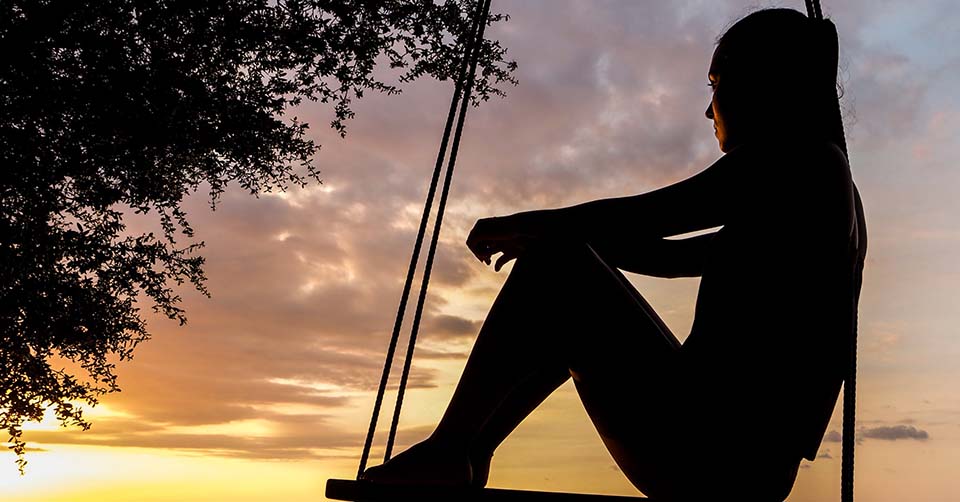 Let’s imagine you probed into your girlfriend’s feelings for her ex and she admitted that she is still in love with him. Even if she softened the blow by telling you she loves you too, that’s still going to feel like a sucker punch.

It’s completely normal to experience feelings of jealousy and resentment after your girlfriend drops a bombshell like that.

But, it’s not in your best interests to show these feelings with too much intensity.

Here’s a better plan of action.

She’s confirmed your fears of “my GF is still in love with her ex”, but maybe it’s not as bad as it sounds. Love can mean a lot of different things in this scenario.

So, ask your girlfriend what she actually means by this. Does she still want to date her ex? Does she regret breaking up with him?

Hopefully, she’ll be in a rush to confirm that she still wants to be with you more than anyone else.

Sometimes, she’ll bail out on the question saying she “doesn’t know” what it means. In this situation, it’s usually best to give her some space to figure out her feelings.

If she does go ahead and admit that she still wants this guy, it might be worth seriously thinking about ending the relationship with this woman.

If you’re telling yourself: “my girlfriend still loves her ex”, it means you’re settling for second place. Don’t you think you deserve a relationship where your woman wants to be with you more than anyone else?

Don’t fight for her affection 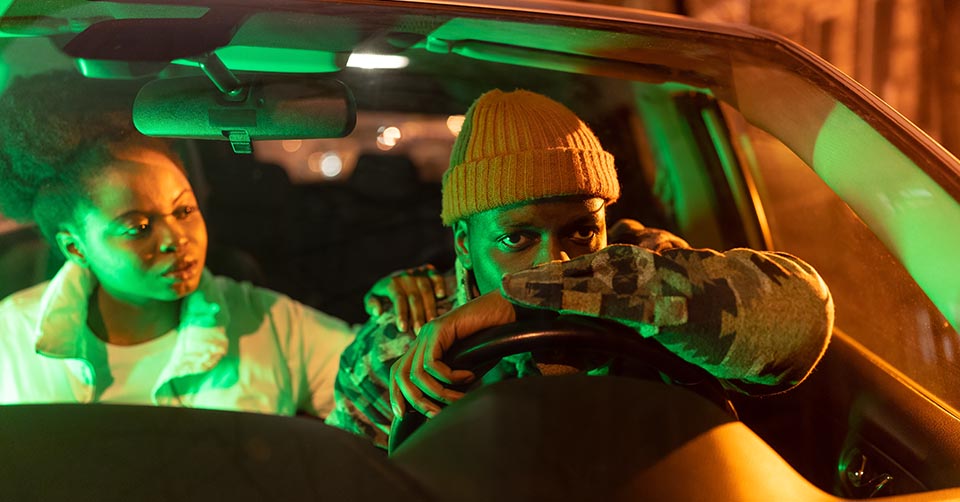 You may be tempted to spoil your girlfriend to prove how you’re the best boyfriend she could ever have.

That’s a nice idea… but not right now.

After admitting she still has feelings her ex, she needs to be one proving she loves you at this moment.

If she has even an ounce of emotional intelligence, she’ll surely know that she’s hurt you. So, she should be the one making it up to you.

If you spoil her with gifts and romantic gestures after she admits she loves another man, that’s indicating she can get away with pretty much anything and still be treated like a princess.

Let her fight for your affection!

Don’t compare yourself to him

Even if she manages to amend the situation with a nice apology, it would be easy for you to start comparing yourself to this guy and wondering what he does better than you.

This is a dark rabbit hole to go down, and it won’t do anything good for your confidence.

There probably are things that her ex is better at than you.

But she broke up with him and she’s with you now. That means she treasures your strengths and the many things that you can probably do better than him.

Wait for her to apologize

Ultimately, your ex-girlfriend is going to have to apologize and confirm that you’re the only man for her. If she doesn’t do this, her admission that she still loves her ex will always be hanging over you.

If this apology doesn’t arrive and her longing for her ex continues, there’s every chance that she isn’t the woman for you. You deserve a woman who treats you as number one.

It’s a tough situation when your girlfriend still appears to have feelings for her ex. On one hand, you should have empathy. It takes all of us time to get over a breakup, and it just so happens that she didn’t have enough time before meeting you.

On the other hand, this behavior from her will usually have a bad impact on her mood towards you, and it’s important to be made to feel like the main man in your own relationship.

Hopefully, these tips on how to help your girlfriend get over her ex prove to be helpful.