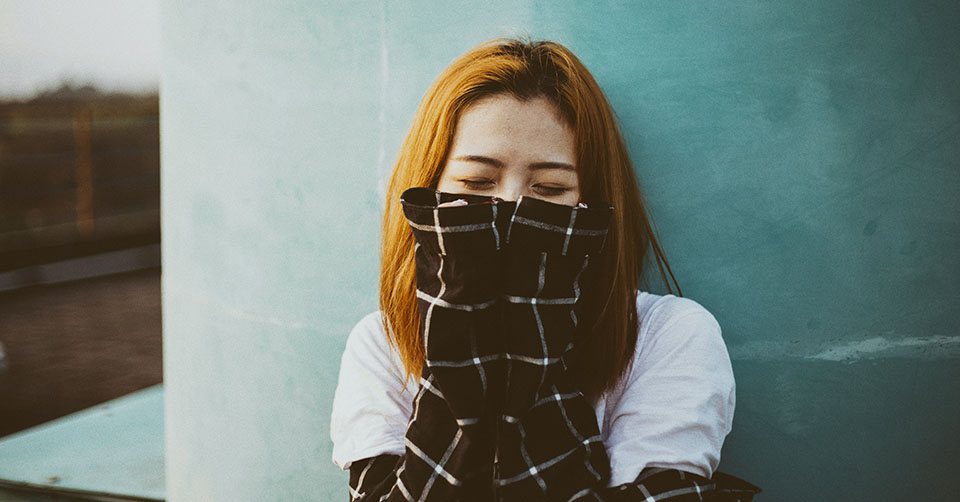 Do you know how to make a shy girl comfortable with you? As you meet more and more women, you’ll undoubtedly come across girls who are quite attractive and interesting—yet terribly shy and aloof. How do you break the ice and make them warm up to you?

With shy girls, you’ll need to do some extra work to break them out of their shells. The effort needed to exert to melt their cold exterior can feel like a turnoff. And yet I can tell you that underneath a shy girl’s social defenses can hide a real gem—one of the most enthralling women you’ll ever meet in your life.

So, if you like shy girls (or if you seem to meet them often), then you're about to learn exactly how to make them open up, let their hair down, and get 100% comfortable baring their hearts to a mysterious stranger like you.

How to Make a Shy Girl Comfortable

The key to making a shy girl comfortable with you is to know why she’s uncomfortable in the first place. Is it because she’s an introvert? Or does she suffer from some form of social anxiety? Maybe she was brought up to behave demurely around men?

Whichever the case, here’s how I suggest you approach her:

Is she an introvert?

Here’s the biggest sign she’s an introvert: She’s easily overwhelmed in noisy, crowded locations. She may even feel worn out by just your attention. It’s like you talk to her for one or two minutes, and you notice her wither like she’s quickly getting exhausted.

That’s your biggest sign, because introverts expend their energy when they’re with other people, and you—a mysterious guy who’s talking to her out of nowhere—are no exception. Introverts also regain their energy with alone time, and so it’s not unusual to find her by her lonesome when you approach her first.

If she’s an introvert, here’s how to make her comfortable with you:

Meeting shy girls can be difficult but there are a few apps that make it a LOT easier. If you haven't had a great time using dating apps to this point it's probably because you're using the wrong ones.

With a better understanding of how shy girls feel from this article, there are a couple of apps that dating experts have been recommending to regular guys that will work for you:

Is she shy by nature? 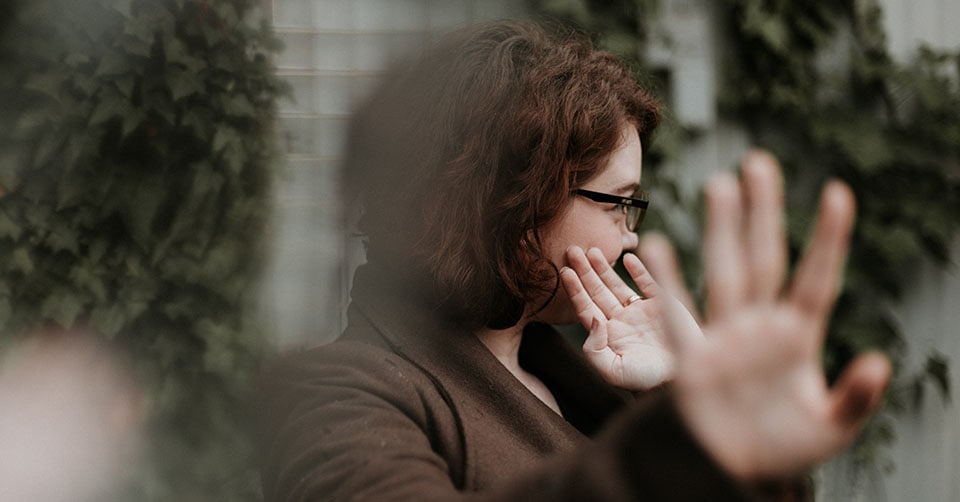 Shyness is different from introversion. A shy girl doesn’t have energy issues—instead, she suffers from some form of social anxiety. And when you approach her out of the blue, she’ll feel skittish, unsure, and maybe even scared.

You’ll know she’s shy when she talks very little compared to you. It’ll feel like she’s nervous and out of place, excessively making sure she doesn’t say or do anything inappropriate—even if it’s just the two of you.

If she’s shy by nature, here’s how you can make her relax:

Is she shy because of her upbringing? 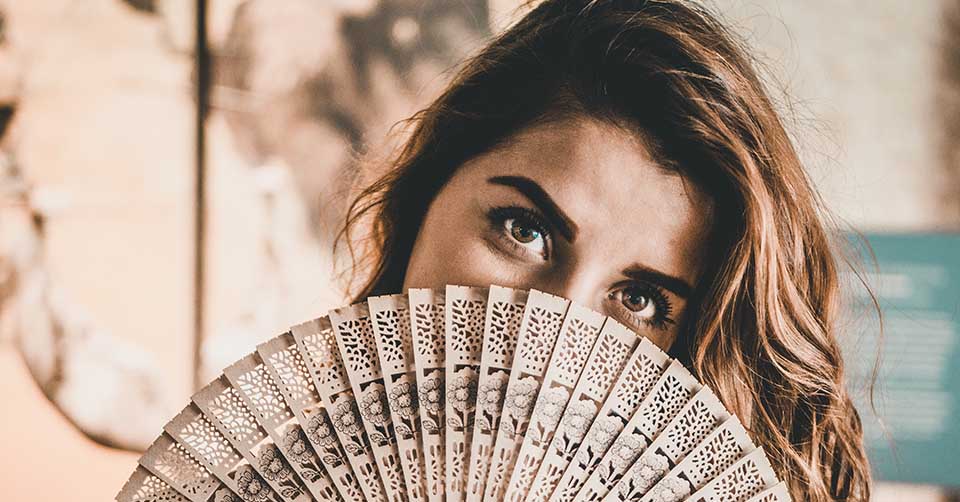 Some women are brought up to be sexually conservative. She might have had a religious upbringing, or she may have grown up in a culture that celebrates chastity and denounces promiscuity. You’ll sometimes know it when she wears items like a headscarf, a rosary bracelet, a dupatta, and so on.

Despite that, you’ll need to understand that every woman thinks about sex—no exceptions. I’d even say sexually conservative women think about it most since they’ve been taught to suppress their urges. You’ll be surprised at how wild and hungry a “conservative” woman is once she gets comfortable with you.

If she’s shy because she was brought up that way, here’s how to make her comfortable:

How to Talk to a Shy Girl

Let’s take a look at some of the most common social fears of shy girls:

When she’s afraid you’ll judge her

When she's giving "safe" answers—too prim, too proper, and too politically correct—that means she’s intimidated by you and is afraid to be judged. Whatever you do, don't dial down your energy to match hers. Instead, when she gives you a safe answer, give her a knowing smile and gently prod her to open up.

You can say: “What? No, I don’t believe you! Come on, tell me what the real reason is.”

When you can show a shy girl you’re not the judgmental type, she can relax a bit more. 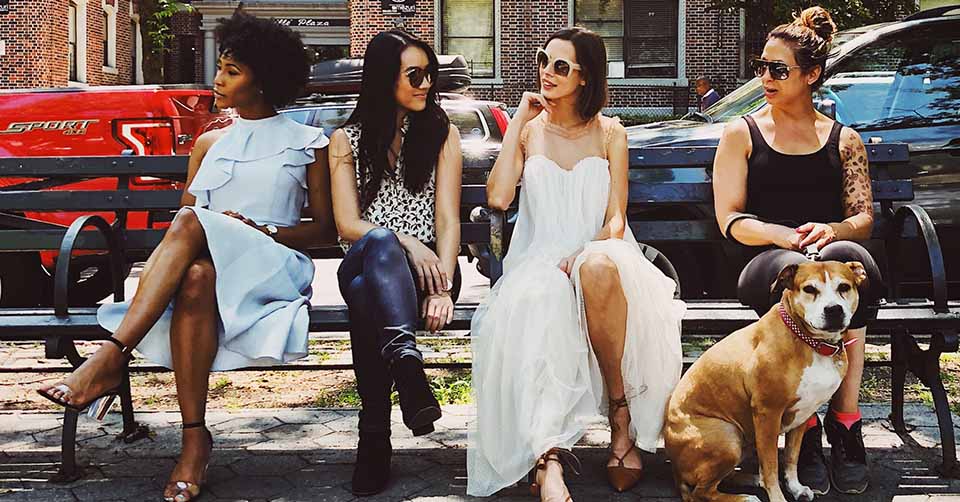 This is common in clubs and parties. She's talking to you, this cute new guy she’s just met, but she knows her friends might be watching. So she tries to not look too interested, she keeps her voice down, and she exhibits closed body language (e.g. slouching and folding her arms).

If you want to be more than friends with her (or at least spend more time with her to find out), then don’t make the mistake of meeting her friends. If you do, it’s straight to the friend zone you go.

Instead, invite her to go someplace you can be alone with her. It could be a quiet corner of the bar, to the garden outside, or to your place (if it’s nearby). Away from her friends’ critical eyes and ears, she’ll be freer to be herself.

When she doesn’t know what to say

When you run out of topics to talk about, an awkward silence creeps in. And when that happens, she’ll just want to end the interaction, whatever it might take.

Normally, you should have the conversational skills to never fall into this trap. You should be a master of delving deeper into her personality, asking follow-up questions and segueing to related topics. So when you run out of things to say, try asking one of these first date questions (even if it’s less of a first date and more of a first meeting).

The key is to keep her talking until you can really go deep into the conversation. According a study, if you’re just getting to know each other, the conversation usually goes well if you stick to traditional gender roles. This will make her more comfortable as she may be too shy to take the lead.

When she hesitates to show interest

What if you have no shortage of topics to talk about, and no friends around to watch her, and she’s still holding back? Then it’s probably because she likes you, but she doesn’t want to look too eager or needy—and so she holds herself back from truly expressing herself.

First, that’s a good sign—she likes you and doesn’t want to turn you off by accident. Second, it won’t do if she stayed in that state of mind—the interaction won’t go anywhere fast.

So what should you do? Simple—as you would with any other woman you’re interested in, lead the interaction. Talk to her, ask questions, give her compliments, and show genuine interest in her passions. Don’t wait for her to impress you, and instead lead the interaction and take her on an enjoyable ride.

You'll know you're doing things right when your shy girl starts talking animatedly—almost like she’s geeking out over your current topic. When that happens, you know you’ve broken her out of her shell, and she’s one step away from flirting with you.

Remember: Be a man. Once you flirt with her and she starts flirting back, you must grab the opportunity. Don't let her down by suddenly becoming platonic. Instead, make a move—ask for her number, or schedule a date, or invite her to your place.

You’ll be pleasantly surprised at how beautiful and sexual shy girls can be. After all, she’s probably holding back the best of herself, waiting for a big hero like you to bring the real her out. Good luck!