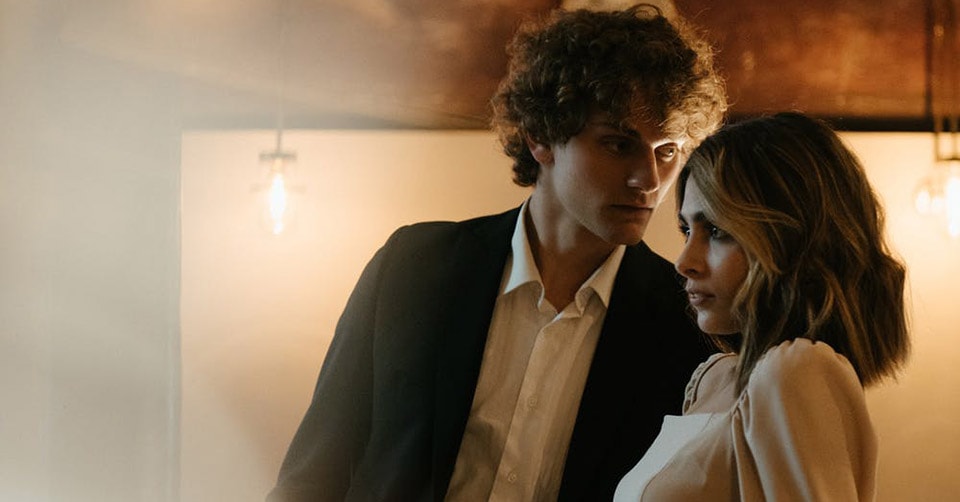 What are the signs a girl is intimidated by you? Why would women even feel unnerved by you in the first place? And what should you do if you end up intimidating a girl you like?

On your lifelong quest to become a better man, you’ll inevitably experience scaring women by accident. You’re just being yourself, and yet women will take you for a jerk or a blowhard. But why? What does it all mean?

There’s some good news and better news. The good news is that we know the answer. The better news? Even if you did intimidate a woman, there’s a way to turn things around and make her like you a lot – and you’re about to learn how.

Let’s start with the root question:

Why Would Girls Get Intimidated by You?

The answer is simple: She feels you’re out of her league.

...and so she feels you’re unattainable. Instinctively, she knows that if she tried to flirt with you, you’ll almost certainly reject her. And so she rejects you before you can reject her.

It’s all to protect her ego and reputation. And in case you didn’t know, for 99% of the women out there, her reputation is much more important to her than any man or any relationship.

And to protect her reputation, she’ll gladly let you go—no matter how interested or attracted she might be.

It’s such a common reaction in women that we now have a word for it: “Auto-rejection.”

And this article will show you how to deal with it when it rears its ugly head.

5 Signs a Girl is Intimidated by You

What are the telltale signs that a woman is intimidated by you and has slipped to auto-rejection mode? Look out for these five giveaways:

Here, it seems like no matter how much you try to earn her trust, it’s like talking to a stone wall. It’s like she doesn’t trust you. And yet despite that, she doesn’t seem to mind your company.

On the surface, she looks like she’s on the fence about you. You get the feeling she does like you, but she doesn’t want to show it. It’s almost as though she’s actively discouraging herself from falling for you.

If she’s 50-50 like this, she’s probably grappling with auto-rejection. And you can get her out of it by following the technique we’ll cover later in this article.

You may have noticed she’s avoiding eye contact. When you turn to look at her, she looks away or lowers her eyes—but she doesn’t disengage from your interaction. You get the feeling she’s trying to act uninterested when she’s really not.

Could she just be shy? Possibly. But if she starts avoiding eye contact after you said or did something to her, she’s probably auto-rejecting.

This is rare, but it can happen. She outright tells you she feels intimidated by you, or that you’re imposing and domineering. If she says it as a joke, but you get the feeling it was half-meant, it probably was. And, yes, it’s a sign she’s in auto-rejection.

This is when you try to flirt with a woman, and she says stuff like:

These self-deprecating statements are all signs she’s disqualifying herself as a potential partner for you. She’s not rejecting you because she’s too good for you, but because you’re too good for her.

Take note: A woman will only ever auto-reject three kinds of men:

If she self-disqualifies, then you’re firmly in the third group.

Last, we have what’s probably the most common sign of auto-rejection out there: She’s nervous and quiet, letting you lead the entire interaction while she does very little. It’s all in an effort to keep her reputation safe by not risking a rejection.

Do you often see these signs a girl is intimidated by you? If you do, then yes, you’re probably an imposing guy.

And again, that’s not a bad thing if you know what to do.

What You Can Do to Stop Intimidating Girls

You’ll need to know that when women get intimidated by you, it’s more because of their own insecurity than it is about you. So there’s no reason to stop any of your self-improvement efforts just to help the ladies relax.

That said, when a girl does get intimidated by you, but you still like her and want to see how far you can go with her, then what should you do?

First of all, do not do any of the following:

All of these make you look weak or inept. It’ll make her think: “Oh, I thought he was too good for me. So it was all for show? I was right in rejecting him, then.” And you’ve lost your chances with her.

So instead, when a woman gets intimidated by you, follow this four-step approach:

Do this, and she’ll break out of auto-rejection and become even more attracted to you than she already is.

Let’s take a look at each step in detail:

Step #1: Acknowledge what intimidated her

Let’s say you teased her a bit and suddenly she’s nervous, quiet, and avoiding eye contact. You sense she’s in auto-rejection, and you’d like to get her out of it.

The first step is to wait about 5-30 minutes after she auto-rejected you. Acknowledge it too soon and you’ll look weak; do so too late, and she might have lost interest in you by then. The sweet spot is 5-30 minutes, so keep the small talk going or do something else in the meantime.

Then you tell her: “I think what I said came off the wrong way,” or “I realize what I just said sounded very jerky.”

Take note: You’re not apologizing. You’re acknowledging. You know what happened and you’re on top of the situation.

Then you move to the next step:

Immediately after acknowledging, de-fang your intentions. That is, make it clear you didn’t mean to offend or intimidate her with your statement. You can say: “That wasn’t my intention at all,” or “I didn’t mean to do that at all.”

Then give her a compliment. It’s got to be genuine or you’ll make things worse. You can say: “You’re a fun, kind person and I’d like to know you better.”

The last step is a peace offering. You can then say something like: “Buy you a drink?” or “Can I get you an ice cream?” or “So are we good? Friends?”

That’s it—four steps to turning things around when you accidentally intimidate a girl you like. Done correctly, you’ll see her change right in front of her eyes.

She’ll warm up to you. She’ll see you’re not that unapproachable jerk after all. And for the rest of your interaction, she’ll let her hair down and be herself more.

Congratulations—you pulled her out of auto-rejection, and she’s open to feeling attracted and falling in love again.

As the wise old saying goes, an ounce of prevention is worth a pound of cure. The same goes with auto-rejection. While you can turn it around and make her even more attracted to you, it’s often better (and easier) to avoid putting her in that state in the first place.

So what should you do when you spot the signs a girl is intimidated by you? How do you avoid accidentally intimidating girls? Here are four tried-and-tested ways:

These methods all make you look more “winnable,” even to Plain Jane women. Keep these in mind, and you’ll soon see more women gladly being themselves more when they’re around you.