You Cheated on Your Girlfriend: Here's How Men Handle It 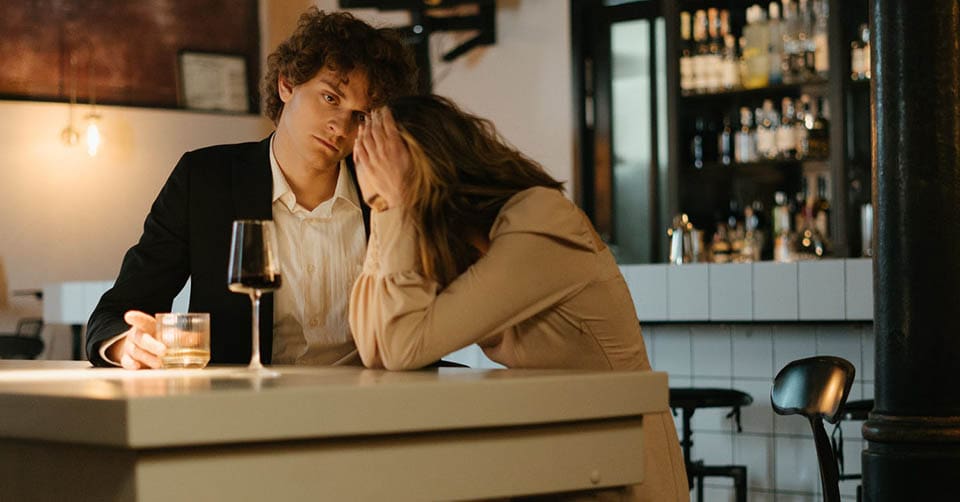 The deed is done and you come to that dreaded realization: “I cheated on my girlfriend.” You can’t dismiss it as an “accident”, and you know full well what cheating entails. You knew cheating was wrong, but you did it anyway, and now you feel like crap. Is that the deal?

Seriously though, you need to be careful about what you’ll do after you read this article. Sure, you might regret ever cheating on your girlfriend. Maybe you want to come clean and tell her all about it. Or you might desperately want to get it off your chest.

Fair warning: If you’re not careful, you might make your relationship worse instead of better if you come clean.

But why? Why would honesty and vulnerability hurt your girlfriend even more?

You’d be surprised. This article will lay out everything you need to know about cheating, confessing, and the other (much better) options you have but may not know about.

Let’s start with the assumption that, yes, you do regret cheating on your girlfriend.

I Cheated on My Girlfriend. What Should I Do First?

Let’s say you regret straying. You now realize you’ve made a big mistake, you wish you never did it, and now you feel guilty. What should you do? Should break down in front of your girlfriend and try to win her back immediately?

Here’s what the experts say...

The first thing you should do is to own up to the deed. Now, that does not necessarily mean you tell your girlfriend about it. Instead, you need to admit to yourself that you did something incredibly stupid and promise what’s left of your manhood to never do it again.

It also means getting rid of whatever caused you to cheat:

Whatever it was, understand this: You must get rid of the triggers. Otherwise, you stand the risk of cheating on your girlfriend again in the future, and you’ll feel even worse.

Take responsibility. Own up to the deed and get rid of the triggers.

Don’t be too hard on yourself

Let’s be clear about your feelings real quick. It’s okay, even normal, to feel bad about the deed you did.

What’s not okay is to torture yourself over it. You might be beating yourself over the head with thoughts like: “Once a cheater, always a cheater—that’s what you are,” or “You’re no different from all the other cheating bastards out there.”

Instead, think this: I cheated on my girlfriend, but I can do better. I won’t let this one incident define me.

Since it’s something you did and not who you are, that means one thing: You can change things. How? Two ways:

Let’s take a closer look at the first one, because that’s the most important:

It all starts with ending the affair. While it’s on, there’s always the risk it’ll continue down the line. You must end it no matter what it takes. There’s no straddling the fence here.

If it was a one-night stand, then you’re in the clear. Simply make the manly commitment to never do it again while you’re in a relationship with your girlfriend. You already know how gut-wrenching it is—why experience it again?

Speaking of your girlfriend—now we come to the big question. Should you tell her about your indiscretion?

Believe it or not, but confessing to her is not a universally good idea. Here’s why...

What Not To Do if You Cheated on Your Girlfriend

Here’s the answer: Some experts advise against confessing, as it might end up ruining your relationship—but not in the way you might think.

Here’s why coming clean about your infidelity may be the worst thing you can do at this point:

Whatever you do, don’t pass the pain

The problem with confessing is that it might come from a selfish position. For instance, you might want to confess because you feel guilty about it and you want to get it off your chest. Sounds reasonable, right?

Actually, it’s not. After you lay out all your cards with your girlfriend, you might feel better—but your girlfriend will feel worse. Much worse. She’ll feel like a train ran over her, while you feel like you broke out of jail.

And that’s not fair, right? You’re just passing the pain over to her. And that just might be all it takes for her to want to break up with you.

So instead of saving your relationship, confessing might end it. That’s what normally happens when your urge to confess comes from a selfish place.

The only reason to tell

So when should you tell her? Only when you’re sure it’ll help the relationship more than not telling her. If you’re certain your confession will strengthen your bond with your girlfriend, then go right ahead.

Some tips to keep in mind:

First, be ready to help her recover, too. Your confession may very well hit her like a ton of bricks, and she’ll need time and space to process the information. Let her have that time and space, and be 100% ready, willing, and able to talk to her when she needs to.

Speaking of space—the news might be too much for her to handle, and so she might ask for a breakup. (Or at least a time-out.) If she asks for space, give it to her. Morally and ethically, you’re in no position to bargain.

Second, avoid making promises you can’t guarantee. This is another reason why it may not be a good idea to confess. You might end up promising to never do it again, or to love her forever, or whatever. The problem? You may not have what it takes to keep those promises.

So whatever promises you want to make, either keep them reasonable or keep them to yourself.

Third, absorb her mood swings. This will be one of your biggest tests after confessing. One moment she’ll be numb and listless, then she’ll tell you she forgives you. All seems to be well—until out of the blue, she falls into a depression or flies into a rage. And if you don’t absorb her mood swings, they’ll continue for months and years.

And lastly, commit to complete transparency. Does she want to see your phone? Give it to her. Did she demand access to your social media profiles? Let her in.

If you can’t commit to total transparency—as well as all the other consequences—then maybe confessing isn’t such a good idea.

By now, I hope you’re seeing that “taking responsibility for your infidelity” is much, much more than just admitting it. And if you’re not ready for the real heft of the responsibility, that’s fine. You can still make the most out of it, and even make your relationship with your girlfriend stronger, without telling her.

On the other hand, if you are ready for the responsibility—and if you’re sure confessing is the best thing to do—then go ahead. You know what to expect, so prepare yourself to weather the storm.

So as a quick recap, here’s what you should do when you cheated on your girlfriend and regret doing it:

And remember the consequences and responsibilities that come with confessing the deed to your girlfriend:

All-in-all, remember: Everyone makes boneheaded mistakes every now and then. And yet your mistakes don’t make up your identity. Like all good men, you’ll always be defined by your ability to overcome adversity, even ones caused by your own weakness.

So make the most out of it, become a better man, and make it up to your lady—even if she never finds out about it.