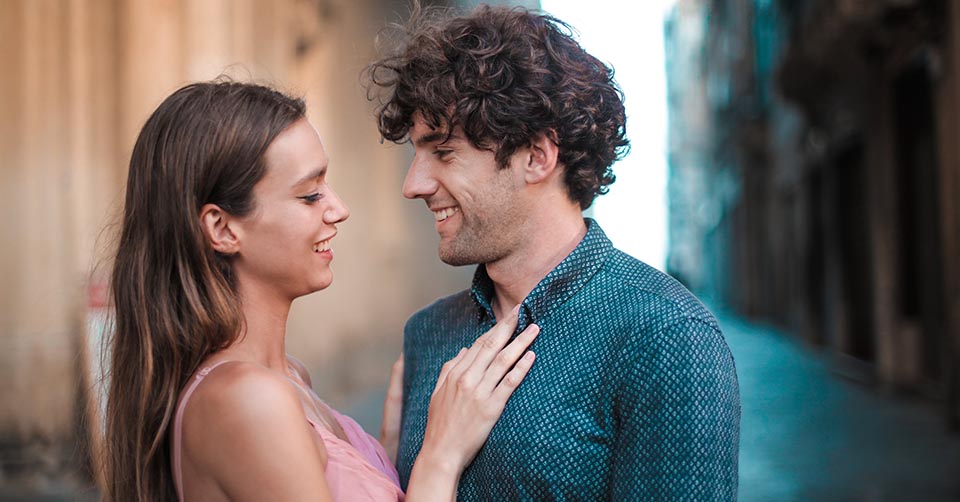 Whether you’ve never been in a relationship at all or have had some less-than-stellar experiences with women, a lack of relationship experience can severely affect your self-esteem and your results.

This usually happens because you were either too busy in your younger years to focus on dating or because you had no desirable prospects back then. But now, with so many people getting into relationships, you’re worried about looking completely inexperienced.

In this article, you will learn what you can do if to start dating with no experience, tips on how to have a healthy relationship if you have no prior experience to guide you, and more. Let’s begin.

How Dating with No Experience Affects Men

Everyone wants a robust dating life. However, there’s a growing number of men who are becoming aware that women simply don’t choose them as partners.

Let’s take a look at how a lack of dating experience affects you and the common mistakes men make when they’re in their first relationship as an adult.

It’s not uncommon for men to become depressed if they have no meaningful relationships in their lives.

With more men not having sex or interacting with women, men often turn inward and fall into a cycle of depression. Depression is often described as an inability to cope with changing circumstances, and dating is no different. Over time, depression affects a man’s core beliefs and erodes his viability in the world of dating.

This depressive death spiral is dangerous. Some men choose to commit suicide or far worse when they suffer from a lack of relationship experience. It’s no wonder that there’s a growing “incel” movement (involuntary celibate) that has increasingly turned violent due to the despondency of men who feel that they are unable to have a meaningful relationship with women.

For men with no relationship experience, it’s not uncommon to not expect failure, especially when a hookup doesn’t meet expectations or a social faux-pas occurs. Men may feel a severe hit to their ego when pursuing women, only to be met with derision, ostracization, or embarrassment.

For men that get into their first relationship, the reality might be bleak - especially if their partner is not a good match or has significant problems of her own. Men may not recognize this negative influence, particularly if they are receiving sex or affection that’s been long-denied from other women. When the relationship dissolves, a man can feel as if they failed to make it work.

No basis for comparison

Without any relationship experience, you may have an unrealistic idea of what being in a relationship with a woman is actually like. Hollywood movies, television shows, and other forms of media portray a rosy view of relationships and interaction with the opposite sex.

However, if you’re using that conditioning as your basis for a relationship, you may recognize a huge disparity between what it truly means to welcome a woman into your life. After the rose-colored glasses come off, you may find yourself frustrated that your free time is devoted to a woman that you may not have that much in common with. Sex may be less passionate and more about her performing a duty to keep you around until she finds someone better.

Due to a lack of relationship experience, having no basis for comparison with a healthy relationship often lets unsuitable partnerships linger longer in their lives, especially if a woman has toxic tendencies or is good at manipulating men.

Not knowing what to do

There are plenty of expectations women have for men in relationships. Living an independent life for so long gives you both the ability to enjoy solitude while also handicapping your understanding of another person’s needs.

Men without experience can feel overwhelmed by their supposed responsibilities and the proper way of being to put a woman at ease. Her expectations may be chronically unfulfilled, creating an unhealthy dynamic and needless conflict.

The truth is that men without relationship experience simply don’t know what to do to meet her explicit and implicit expectations of a good partner. Over time, these expectations increase. Here are a few examples:

Men who haven’t been in a recent relationship are often thirsting for approval from women. So when a woman is receptive to their attraction, it’s not hard for that man to start picturing a blissful future with her and becoming a simp.

This can be a serious mistake, as it takes a long time to fully understand the scope of a woman’s personality and behavior. It also pedestalizes a woman, making her feel less human and more like an ideal - which is a lot of pressure considering most of us conceal our faults.

Worse, if she breaks the relationship off, the man may have a hard time coping with the loss or finding a new woman in the future. And in extreme examples, some men turn to stalking in a desperate attempt to win her favor back again.

Men without healthy relationship experience often ignore red flags about prospective women that indicate trouble in the future. Some of the most commonly- ignored red flags include:

Dating with no experience often leads to a man feeling ready to “settle down” at the first instance of finding any partner. This can be dangerous for men who feel that they can finally exit all of the pressures of being a man in the world and downshift to a more relaxed pace.

Once you’ve settled, this often results in rapid weight gain, a lack of previous ambition, and other negative factors that make women reassess their options and encourage her to cheat to find the best genetic options she can.

Many women take advantage of weak, inexperienced men by exploiting their generosity. Men with no experience often start by footing the bills for going on dates, which escalates to paying her bills, tickets, and other expenses (including those of her children). Some women will withhold sex or attention as leverage, creating a dynamic that’s exploitative.

How to Make Up for a Lack of Relationship Experience

Now that you understand the effects of having a lack of relationship experience on a man, you should know that there are plenty of things that you can do to make up for it.

Getting the first date

If you’re lacking relationship experience, you should make it your priority to become involved with a woman as soon as possible. And by involved, I don’t mean getting a girlfriend--just go on some dates to understand women better.

The idea is to quickly learn that any ideas of idealizing the opposite sex don’t measure up to reality. This gives you a more realistic foundation of what to expect by recognizing what women bring to the table, figuratively and literally speaking.

The more you “fail” in finding a decent romantic partner, the more you will learn.

“Double your rate of failure” is a saying often reserved for startups, but think like a startup. Constantly look to engage the opposite sex to gain a broader understanding of which women may find you attractive versus those that won’t. This includes failed approaches, failed dates, and failed relationships. Once you fail, you’ll have sufficient experience of what works versus what doesn’t, what signs to look for if she is genuinely interested, and more.

Understand the timeline for relationships

Relationships follow a typical arc. Relationships often start with an acquaintance period, move towards a burst of mutual enthusiasm, settle towards familiarity, and then solidify in either a long-term partnership or fizzle out due to irreconcilable differences.

Healthy relationships renew again and again as each partner grows and progresses through life. On the other hand, casual relationships, such as hookups and FWBs, tend to have a shorter lifespan.

Regardless of which type of relationship you’re engaged in, relationships are at their best when they’re a type of mutual accommodation. Relationships should enhance your life, not detract from its value.

Immerse yourself in knowledge

There’s a wealth of material out there about what healthy relationships are like. And they don’t all require you to read a bunch of self-help books and articles.

Look around online for reputable dating advice sites and read a few articles. You can also ask friends for recommendations about TV shows and movies that depict realistic relationships. With movies today veering away from rom-com tropes, you’re sure to find a few palatable options that depict healthy relationships.

Money is hard to come by. As mentioned in the last section, don’t be her personal ATM. Set firm rules about how your finances are intertwined. Here are a few pointers:

Don’t move in together

Avoid moving in with a woman unless you’re already in a long-term committed relationship. It may be tempting to build a life together at first, but if something does go wrong, you may be stuck together. Plus, cohabitation often leads to decreased desire as familiarity breeds contempt and may ramp up stress levels for those who aren’t fully aware of each other’s living habits.

These are just some of the ways you can navigate the dating world even with a lack of relationship experience. You need to explore your options out there even if it means dealing with rejection all the time. That’s all part of learning, and it will equip you with knowledge on how to handle actually being in a relationship.

By Kyle King
Dating Coach
Kyle King is a dating expert who has been teaching men around the world since 2013. While Kyle has some natural talent when it comes to meeting and attracting women he is especially good at helping men develop that ability within themselves. After many years of helping his friends achieve their dating goals he now helps men of all walks of life find success full-time.