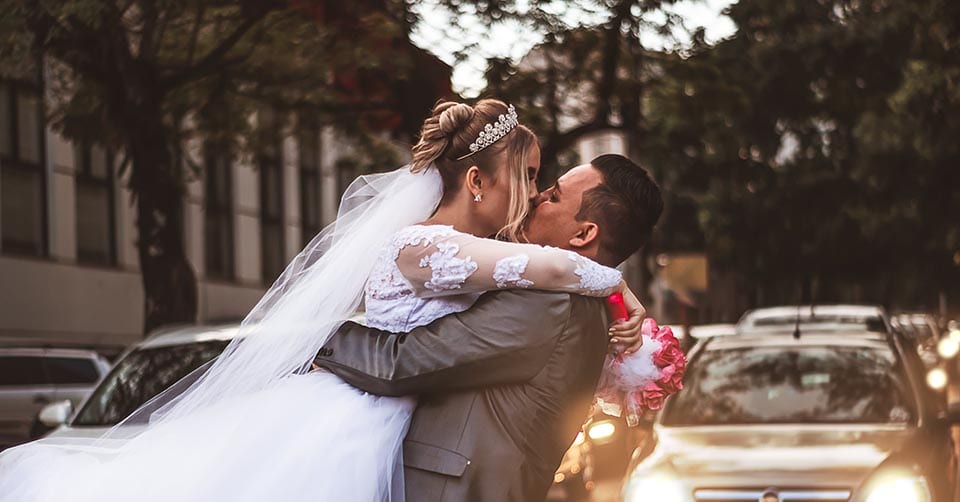 There are plenty of reasons to get married these days. From companionship, child-rearing, or simply financial motives, marriage remains one of the many significant life events for people around the world. Nevertheless, marriage rates have been declining for a number of reasons, causing many people to take pause and rethink whether it’s a good idea.

So is it a good idea to aim for marriage in your relationship? Is marriage still the best option for you? And most importantly, are you getting married for all the right reasons?

There are plenty of great reasons to get married. Let’s take a look at the top reasons to tie the knot:

When you ask couples “why did you decide to get married”, very often the only response is “for love”.

The basic aspect of a long-lasting marriage revolves around love. With a love-based marriage, you fulfill each other’s emotional needs and care about each other’s well-being in a reciprocal fashion.

The warm fuzzies are the backbone of a marriage, helping each other stay connected and less stressed in an uncertain world. When things get stressful in your career or from world events, a loving marriage provides emotional shelter that is lacking even in the closest of platonic friendships.

If you’ve met a woman that wants to have children with you, then the safety and security of a marriage is a good idea. Children take lots of nurturing and support from both a male and female influence, so marriage is the perfect vessel for children to thrive.

You make a good match

While there is always going to be some form of friction when it comes to bigger life decisions, having someone that understands what you’re going through and why you’re making the decisions you need to become a lot clearer with a better match.

Men and women are complementary pairs, so a match doesn’t necessarily need to be a person that has the same personality. For example, some active men love a demure wife to come home to, where the husband provides the excitement in the household while she provides stability (this can work in reverse for a female-led relationship, too). Or, both partners can be in grad school and are able to soothe one another through the rigors of academia despite working in different fields.

The following are some of the most important and contentious issues that you should be in alignment with your partner before marriage:

Whatever the setup, a good match helps maintain each other’s goals without creating a downward spiral of resentment and regret. And while a lot of these things aren’t fun to think about, having a marriage where each partner understands each other’s motives goes a long way in fostering a successful marriage. 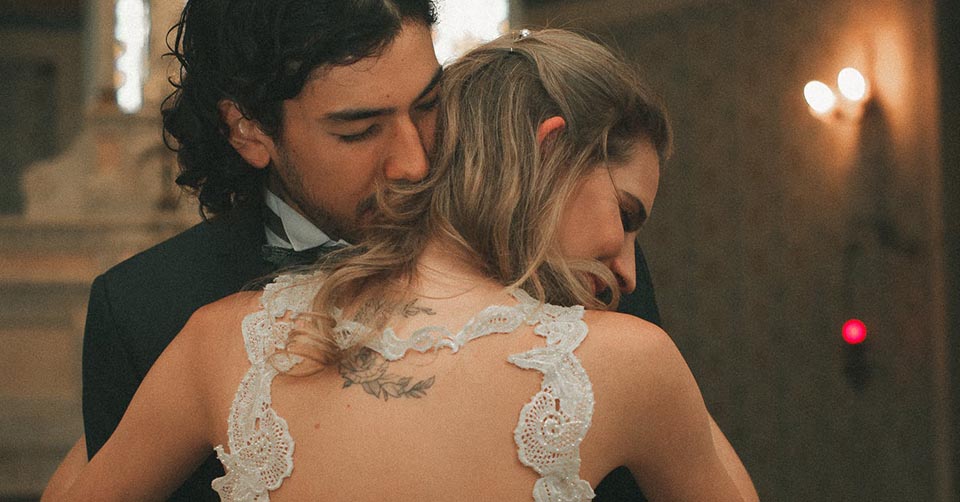 Having a strong and healthy rapport that underpins the relationship is a recipe for a strong marriage. Friendship in a marriage means that you cheer on each other’s successes and console one another during life’s rough patches.

Even when things such as sexual desire and romance wanes, friendship serves as a reason to get married. A good friendship involves accepting one another unconditionally, flaws and all. Your wife may annoy you in some ways and frustrate you in others, but at the end of the day, you have your own faults that are accounted for. This balance humanizes one another, meaning that both partners want to be there for each other no matter what.

The Worst Reasons to Get Married

Now that you have a good sense of why you should get married, it’s also wise to weigh the drawbacks of committing to a partner for life. There are plenty of bad reasons that can make a man’s life extraordinarily complicated after tying the knot.

Let’s talk about some of the worst reasons to get married:

While it may seem like a good idea to get married due to an unplanned pregnancy, being stuck with a person for life may do more harm than good.

Anyone would feel trapped in this scenario. Often, one can resent their children as a burden and having to deal with a partner that they may not have expected to deal with beyond a one-night stand, a friends-with-benefits arrangement, or even a relationship that now feels like it’s accelerating towards some unwanted conclusion.

Marriages like this tend to not last, often being better served by shared custody or other arrangements that help children be raised in an environment with little conflict.

If a relationship has gone on for too long and both partners start to get bored, one way that people sabotage their lives is by getting married. Often, this is a move of desperation in order to reinvigorate a relationship by essentially throwing a large party with the intent to breathe new life into a directionless relationship.

Of course, what happens when the party's over? That’s right, things go back to normal. The only difference, however, is that the relationship is now official and your life decisions are even further intertwined. Unless there’s a dramatic shift in each partner’s outlook, marriages made out of boredom eventually peter out.

Sharing finances is certainly a motive for marriage and shouldn’t be overlooked. However, this becomes a recipe for failure when it is the primary motivation for getting married.

During the course of a marriage, there will be inevitable conflicts about money – especially who provided what and where the money came from – which erodes the marriage if times get tough or disputes are not fully resolved.

With money issues always hanging in the background, every decision can seem laced with danger. Over time, partners in the marriage may jockey for position to hide funds, limit spending, or other methods to prevent the other from getting their perceived share of the money.

If, for example, the man marries a woman for money, she may attempt to block him from retrieving it - especially if she believes that he is spending it outside of the marriage or against her goals. Or, on the other hand, a man may feel that his stay-at-home wife isn’t entitled to his hard-earned money.

Whatever the reason, things can get ugly when money gets involved. 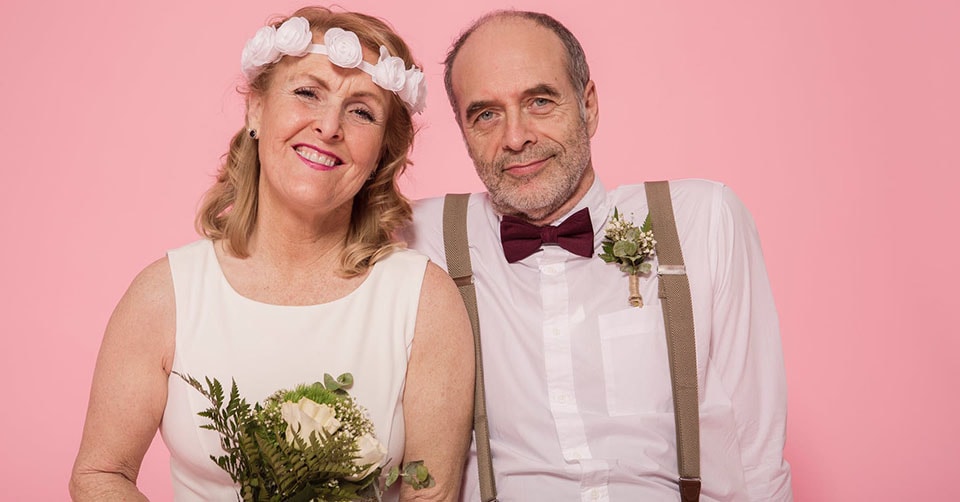 It’s no secret that as we age, it’s harder and harder to find a suitable partner. For both men and women, getting older sets off alarm bells and may have each other looking for a partner to settle down with. Women especially will push for marriage if they believe that they are without a guarantee for a source of emotional, financial, and practical needs in their later years.

While there’s certainly no shame in marrying someone for companionship, being with a person who is aging can be a burden - especially if there’s a considerable age gap. A woman in her 30s may want to settle down, whereas a man that spent his youth building a career may want to take advantage of new romantic opportunities when he’s established himself.

Marriage should never be seen as an obligation. If your partner is giving you an ultimatum, such as choosing to leave if you don’t propose, it’s a bad idea.

Family and friends can also put on the pressure, asking you to “man up” and “do the right thing” - both of which create pressure that may not be in your best interest. This can come in the form of:

A marriage is essentially something that is created by two people. Better to think of it as a project. And like any project in life, there will be challenges - not lingering resentments - that can be overcome together on your time, not others.

As a final comparison, think back to anything you are obligated to do. Chances are that a part of you, no matter how nice you are, would like to back out if you didn’t have to deal with the consequences. In the case of these consequences, a marriage will feel like a never-ending burden instead of a boon to your quality of life.

As a solution to relationship problems 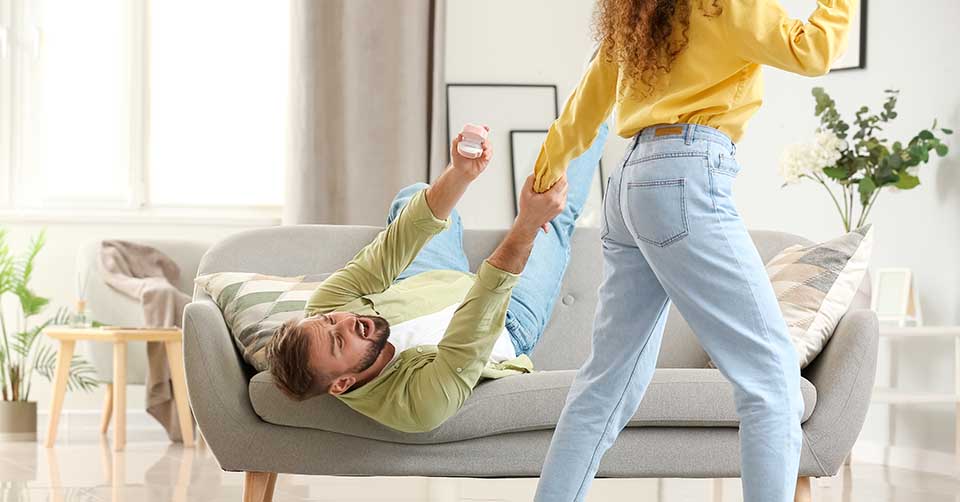 If your marriage relationship is on the rocks, aiming towards a wedding is a bad reason for people to get married.

The mindset behind this is that the current problems will resolve themselves when the relationship gets more formalized; however, this often ignores toxic cycles of behavior and incompatibilities that make marriage seem like a far-off prospect at best.

The reason for this is marriage amplifies all the problems of the relationship and gives the other partner little recourse to escape if problems become unmanageable. For example, if there are communication problems in the relationship, these communication issues will only get worse; the same goes for a lack of respect for each other, where being in constant contact with someone who puts you down will often lead to feelings of being trapped with no way out.

You’re afraid of being alone

Being alone can be frightening for many people and marriage often seems like the answer.

Sometimes it’s better to go it alone rather than have to accommodate another person that doesn’t match up with your needs. As an example, if you decide to marry a person you don’t necessarily find attractive, it’s very rare that this person will eventually become appealing to you.

Ultimately, a marriage should be a partnership built on sharing your own joy that you can experience by yourself. It seems like a catch-22: you need to be happy by yourself before you can make someone else happy, but you’re not happy because you don’t have someone to make you happy. This is why many of the articles on BeyondAges recommend working on yourself first to become a healthier, more attractive, more successful, and satisfied person before dating.

The Bottom Line: Is Marriage Worth It?

Now that you understand all the reasons that you should and shouldn’t get married, the ultimate question is: Is marriage worth it?

As you are probably well aware, the institution of marriage is in decline. Marriage rates are at their lowest in most Western countries due to the financial risk imposed on men, as well as the horror stories that many children endured as they grew up in homes with bad marriages. Divorces are often ugly, stressful, and time-consuming - all things any rational person wants to avoid.

Marriage isn’t for everyone, but it can be right for those that are ready to make a life-long commitment to their partner. Having a partner in life makes things easier, but getting married should be a serious decision.