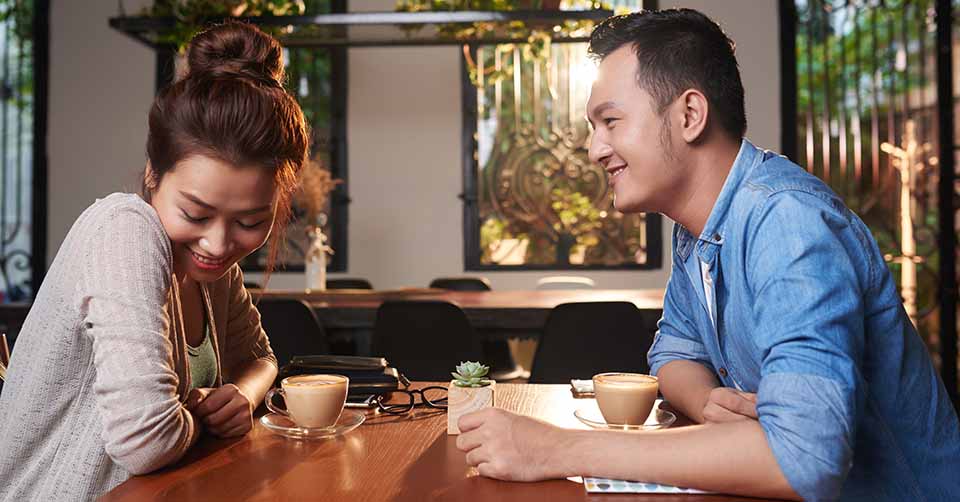 “She likes me but doesn't want a relationship. What do I do?” It’s a common lament among men that are trying to pursue a serious relationship with a woman. She gives off all the signals that the attraction is mutual. And you’re both behaving like you’re on the cusp of being in a relationship. But there’s just one thing missing: the actual agreement.

So why would a woman want to avoid being in a relationship with someone she likes? You’d think that attraction is enough to want to start a relationship, right? Well, there are many reasons, some more surprising than others. So let’s talk about what’s going on in her mind and what you can do about it.

Why She Likes Me but Doesn’t Want a Relationship

Before we get into explaining why she likes you but doesn’t want a relationship, the first thing to do is to understand the signs that she’s interested in you. Once you have confirmed that she likes you, it can be easier to decipher the reasons why she may not be feeling a relationship right now.

Let’s look at some of the most common reasons a girl who likes you doesn’t want to be in a relationship:

It’s easy to attract a woman if you offer more fun and excitement than other men in her life. A man who has provided a gateway to happiness and new opportunities always trumps a boring and rock-solid option she may have.

However, fun and excitement aren’t the only pieces of the puzzle. The catch about this scenario is that a woman will enjoy these aspects for you, but may not deem you a good candidate for a secure relationship. For example, if you’re known as a good-natured prankster, she might be looking for a more predictable partner to complete her life. Or, she may not be looking for a man who is always exploring new places, preferring the comfiness of home life and starting a family.

When you meet a girl that doesn't want a commitment the best option is usually to keep meeting other girls. Single guys that aren't using at least one dating app are missing out on tons of opportunities. So many women aren't meeting guys anywhere else. You deserve a girl that likes you as much as you like here and these are the options that work the best for normal dudes:

Novelty goes a long way in terms of attraction. Women love mystery and the allure of the unknown, which is irresistible to a woman’s imagination.

There’s usually a trial period where a woman in her social circle will flirt with men for social cohesion purposes, but choose to remain independent until she has a firmer grasp on your personality. If you’re a new person in her life, don’t expect her to immediately disrupt the harmony of the relationships - friends, family, and romantic options - and give herself to you.

In this scenario, you may have a better shot playing the long game and seeing whether she sees more of your positive qualities. However, when you’re new, you may be in a probationary period until you’ve proven yourself. 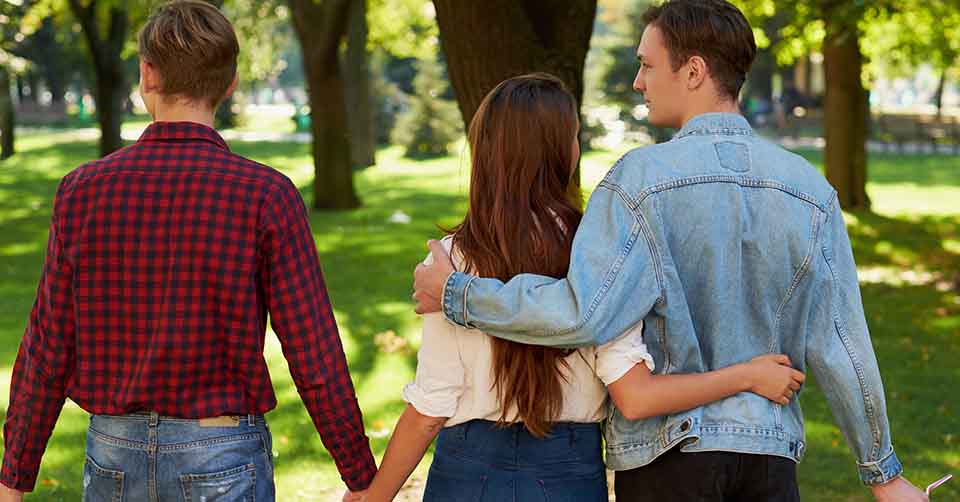 The essence of hypergamy is that women are always looking for a better option – but that doesn’t necessarily mean they’re looking for a relationship. Women won’t immediately “monkey branch” to a new man, but they do want confirmation that you are who you say you are.

If you have the qualities and pass her tests, such as being reliable, you may be considered a viable option to date when her current boyfriend doesn’t match up. Unless the stars align, it may take some time for her to give up her current options and take the leap with a new relationship.

After all, what happens if she leaves her current boyfriend and you don’t turn out to be the person she thought you were? This would leave her in a bad situation, which is something women are more pragmatic about dealing with than men realize.

Part of being unavailable is based partly on perception. For example, there may be a rumor that you’re a womanizer, which many women find impressive but also off-putting (what woman wants to just be another man’s notch on his bedpost?).

Nevertheless, women read deeply into how they and others perceive you, taking a holistic look at whether a man can meet her needs. She may like you, but if she can’t picture herself in your life, you may need to make adjustments.

Another woman may have claimed you 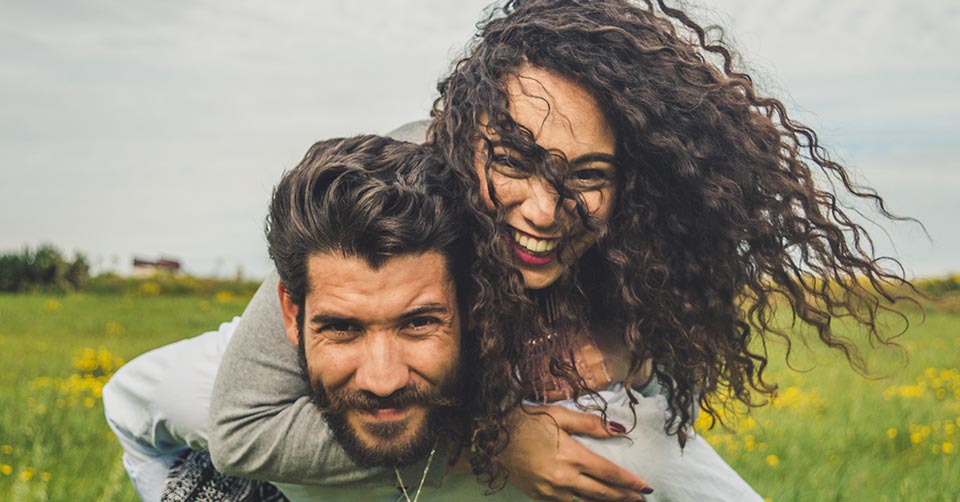 Women are social animals and strive towards social cohesion. Many men are not aware of the subtle maneuvers that women do to one another behind the scenes in order to claim viable men.

The end result is that your presence may cause too much conflict. Women will choose to steer clear of this conflict and find men who are less contentious options - even if you’re a standup individual.

She’s got a busy life

Modern relationships take lots of work, time, and effort to make work. If a girl likes you but is spending a lot of time looking for a new job, pursuing a graduate degree, or any other regular activity that takes up most of her time, she may be willing to flirt but she may not be looking for a relationship.

This is common for those who are career-oriented or in grad school, where free time is often in short supply and relationships can put a damper on her life when she just wants to unwind.

She Just Wants to Be Friends but She Likes Me, Now What?

If she chooses to be friends with you despite the obvious mutual attraction, congratulations: you’re in the friendzone. There’s nothing wrong with being in the friendzone, and as you’ve read before in the previous section, there are plenty of reasons that are out of your control as to why she’s chosen to pass you over.

That being said, most men want an answer to “she likes me but doesn’t want a relationship” that provides results. While we can’t guarantee that she’ll find you worthy of dating, let’s took at what men can do to increase their odds of getting into a relationship or at least save themselves some heartbreak:

Let’s be blunt: being in the friendzone sucks.

If she likes you and doesn’t want to be in a relationship, she may be getting off on the validation that you provide. Life is short and you will probably want to find a person who is willing to be in a relationship with you. However, it’s not uncommon for men to get frustrated waiting for a girl to “come around”, especially if she continues to date other men while getting ignored.

If she’s not willing to give you a fair shake like going on a date or spending time alone, it’s probably a better idea to move on and find more available women. 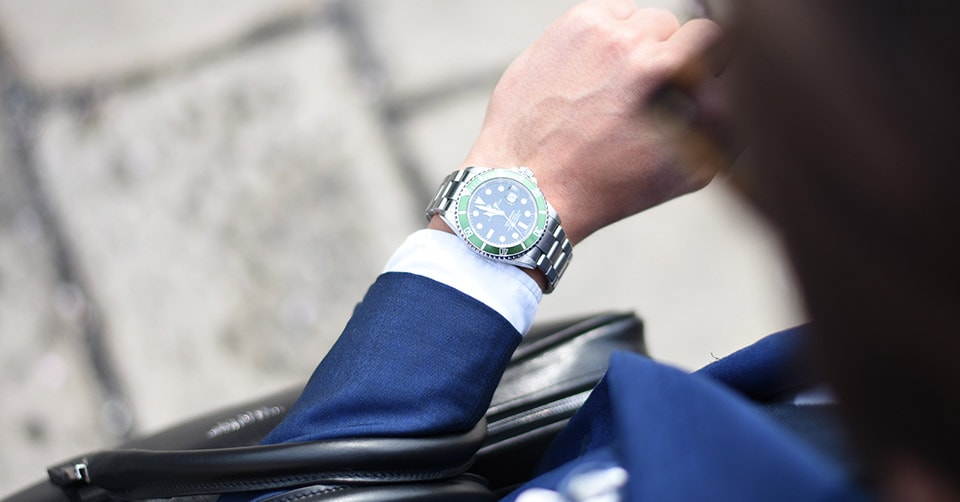 Women change their minds all the time.

If you’ve been friendzoned, maintain attraction with her but understand that it will take some time for her to come around - if ever. She may be in a relationship that she’s looking to resolve gracefully or her life is full of obligations that you may not be aware of. Or, she may still be evaluating you during a “testing period”, where she is attracted but is scared that you may not be the person that you present yourself as.

That being said, her life circumstances can change and when the opportunity is right, you might be the right choice for her. Waiting makes you seem less impatient, too, and shows that you’re able to work on building sexual tension with her - something you can capitalize on in the future.

Slowly withdraw to increase her attraction for you

Absence makes the heart grow fonder. Instead of ghosting her entirely, which may be perceived negatively, simply withdraw from her with no explanation. This may mean not texting online, responding to her calls immediately, or hanging out with her. Whatever the means, you want to convey that you don’t need her and won’t provide any validation until her behavior changes.

This type of push-pull technique may seem a bit manipulative, but when you realize that women play these types of games regularly and do their own form of manipulation, you may gain a broader understanding of the human mating process.

Make friends with her friend group

A lot of women choose men based on their social group. This social group often forms the pool of men that she will consider valid when she’s looking for a partner. In most cases, getting her friends to like you is a form of pre-selection.

To increase your odds of a relationship, be sure to make friends with her friends and strengthen the bonds you have together. Despite competition between women, women will often suggest men in their immediate social circle who would be a good fit. Your goal is to be that “good fit” when the time is right while also maintaining some plausible deniability as to why you’re hanging out with her friends.

Lay it out on the line

If you want resolution, you should just tell her.

No one likes to state their intentions, but you can cut the time spent in limbo by simply stating the obvious. Tell her something along the lines of, “Hey, I really like you and would love to spend more time with you alone. Would you like to go out with me some time?” She may agree, but you want to be sure that she’s hanging out less as friends and more as a romantic prospect.

Warning: You may risk sabotaging the friendship with this method. A man with unrequited love is often an unwelcome presence in social groups, but having a chance to clearly state your intentions will make it easier to move on if things go less favorably than expected.