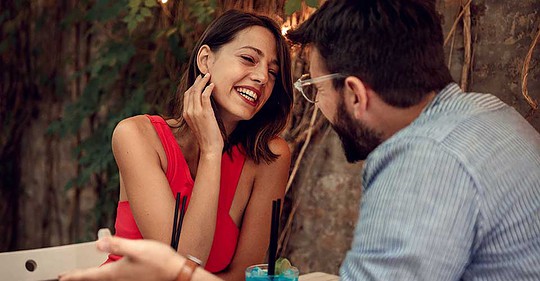 Picture this: there’s a woman in your life who dropped a hint that could mean she’s interested in you... or it could also just mean she’s being friendly. Or maybe you’re getting serious romantic vibes from her... but you’re hesitating to make a move, as you might get rejected embarrassingly. You might even be into someone who doesn’t seem to know you exist, and you’re wondering if you’re missing the signs someone is thinking about you.

If this sounds like your situation, then this article is for you. Before anything else, let me sympathize. I understand how confusing and frustrating it is. You probably don’t want to outright ask if she likes you since she might reject you. But you also don’t want to wait forever for clearer signs that she’s thinking of you. That’s why we wrote this little guide to sort everything out for you.

You’re about to learn:

By the end of this article, you’ll have the knowledge and the confidence to spot the signs, make a move, and (at least) score a date with a woman who’s into you.

7 Signs Someone Is Thinking About You

Right now, think of the woman who’s been dropping hints and sending signals to you. How many of these 7 signs have you seen her show so far?

The first sign is when she fishes for information about your status. Most times, she wouldn’t ask you directly, “Are you single?” That would be much too obvious, and she wouldn’t risk getting rejected by you.

Instead, she’ll likely use more subtle and “harmless” statements, like:

Statements and questions like these will force you to reveal whether or not you’re taken. And yes, she wouldn’t want that information unless she’s been thinking of you quite a bit.

Here, she’s being safe. She’s hoping you’ll get the hint and take her somewhere you can have a proper one-on-one date. And in the unfortunate case you don’t feel the same way, she can play dumb and say: “I meant the group can be pretty loud and boisterous, and it’s tiring to be with them all the time.”

Regardless, if she likes being alone with you in any way, you can bet she’s thinking of you. 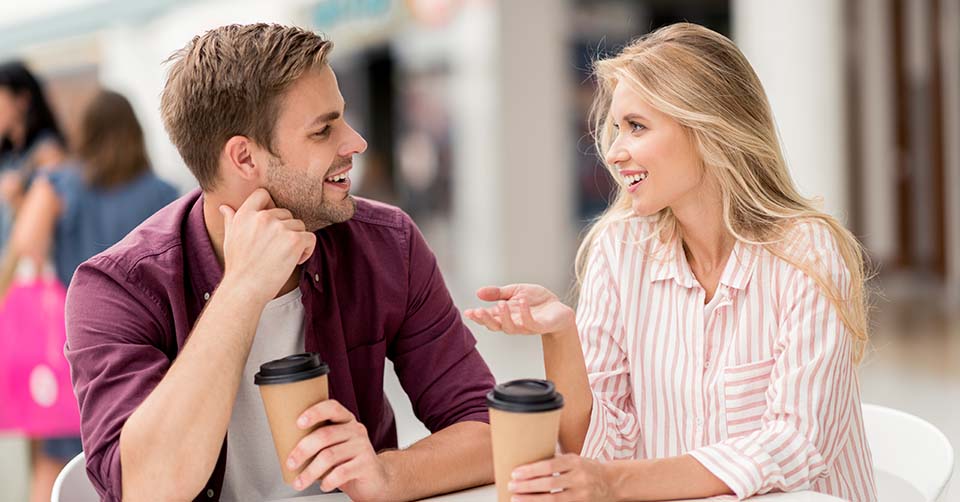 I remember a friend of mine who was at a backyard party several years ago. The sexy, beautiful (and very tipsy) woman sitting beside him suddenly grabbed his arm and whispered, “I haven’t had sex in years.”

It was a huge sign of interest, but my friend didn’t know about it back then, so he thought nothing of it. And so he wonders if he missed the opportunity of his life to this day.

Moral of the story? Know the signs so you’ll know what to do!

To catch the fourth sign, listen to what her friends tell you—particularly when they say stuff like:

She might not tell you how she feels about you, but she’ll very likely tell her friends. So pay close attention to the hints they drop around you, as well.

This is similar to asking if you’re single—instead she fishes for information about your living arrangements. She might ask questions like:

Even if she secretly liked you, her attraction will take quite a dip if she learns you live with roommates or—even worse—your parents. 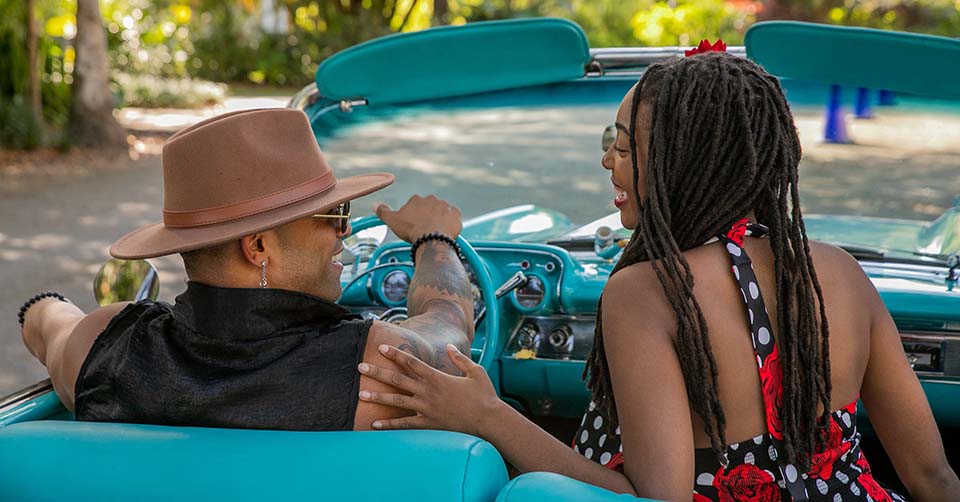 This is a big one. Most women grew up with their moms warning them against riding in cars with boys. But if she gladly hops into your car with no one else, it means she likes you enough to risk it.

Sign #7: She finds ways to do things with you

The more time she spends with you, the more time she gets to size you up and see how manly you are. In a sense, she’s doing her due diligence on the guy who just might become her next boyfriend.

Once you learn how to know if someone is thinking about you by spotting the signs, knowing what to do next is pretty easy.

So think about the girl you have suspicions over. How many signs is she showing? If you see two or more, then you can be pretty sure she’s thinking about you, possibly in a romantic way.

And that leads us to the next big question. If she is interested in you, what do you do next?

What to Do if Someone is Thinking About You

The answer depends on whether you’re interested in her too or not. Let’s take a look at both possibilities:

...then make a move on her. Fast. It’s the only way to know the real deal for sure. Is she into you? Is she just being friendly? Or is she leading you on?

Here’s why you need to move fast: If she is interested in you, you have a tiny window of opportunity to show her you like her too.

Once that window of opportunity closes, you probably won’t open it again. And she’ll be cold and indifferent to you from then on.

So, if a woman has ever been hot and interested in you one moment, then cold and uncaring the next—then she may have opened that window of opportunity, but you missed it, and now it’s closed forever.

So, make no mistake—you must make a move, and fast. Luckily, it’s quite simple: The moment she shows one of the seven signs, invite her to move someplace with you—like coffee or a drink, for instance. 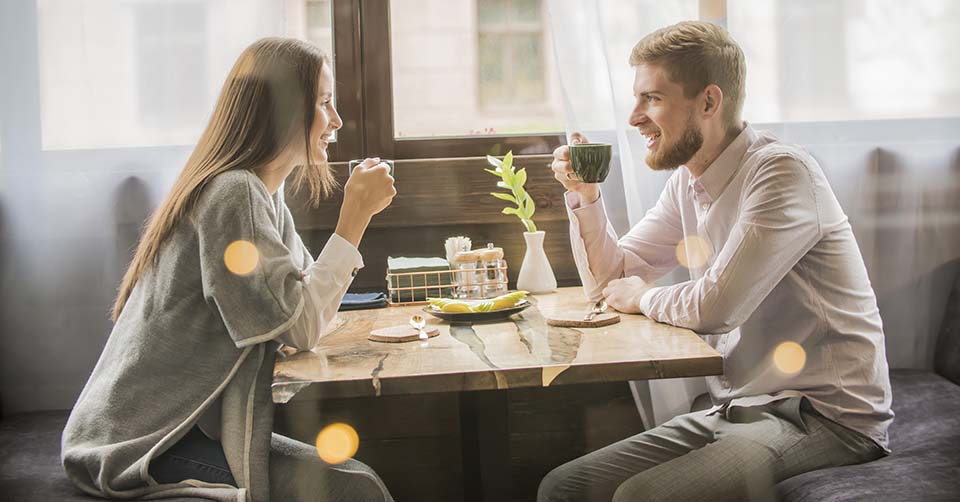 If she was into you, she’ll gladly take you up on your invitation. Congratulations—you’ve landed yourself a date, and all because you were savvy enough to see the signs.

Meanwhile, if she wasn’t into you, she’ll probably say “No, thanks,” to your invite. You either misread the signs or she’s just a super-friendly person. In either case, you can simply say, “Cool, no worries,” and continue your friendship.

When she’s uncertain like that, it means she possibly likes you but isn’t quite ready to reveal her feelings just yet. When this happens, I suggest you say:

“Tell you what—let’s go there anyway. If, after 10 minutes, you decide you want to leave, I’ll take you home. Promise.”

She’s much more likely to say “yes” to an offer with a contingency like that. And if she’s still not sure, just drop the offer and assume she’s not into you.

That’s how you find out the real deal. You must make a move before it’s too late. If you wait too long, the answer will most certainly be “No”—she’s no longer interested. The window of opportunity has closed.

So get into the habit of making a move. You’ll stop missing out on great opportunities with great women that way.

Now, one last thing to cover:

This one’s easy: Just don’t do anything. Let the window of opportunity close on its own. She’ll be indifferent to you afterward, which is just the way you’ll like it.

However, if she doesn’t take the hint and drops even more signs that she’s into you, that’s when you should probably address the issue by rejecting her nicely. Don’t worry; it’s not because you’re full of yourself or you think you’re too good for her. The tips in that article are all about making it clear that you’re not into her while also helping her preserve her dignity.

And there you have it— how to know if someone is thinking about you. There are 7 telltale signs to look out for, but the only way to be 100% sure is—you guessed it—to make a move.

So, the next time you see a sign, go for it. Good luck!