How Single Guys Pick Up Girls On Valentine's Day 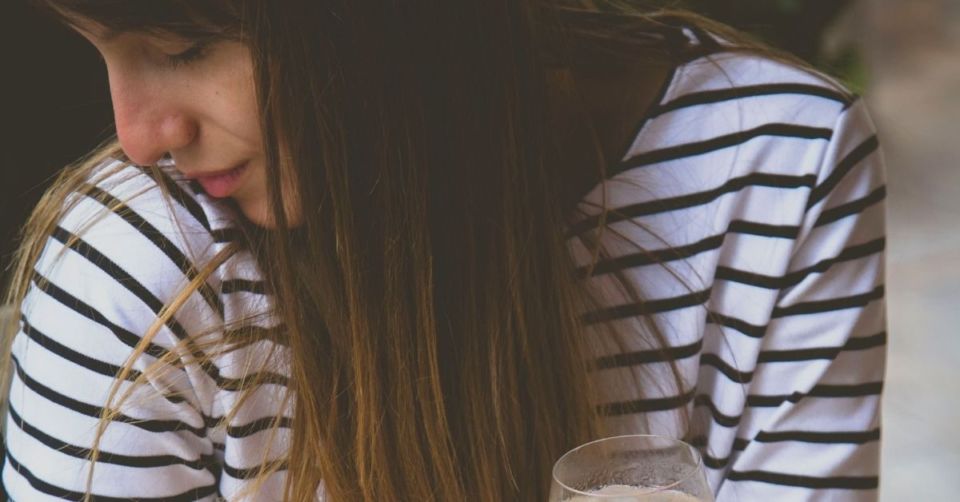 Valentine’s Day is the biggest hit-or-miss day of the year. It’s a great day to meet new women. It’s also a landmine waiting to go off with any women you’re already dating.

Let’s break it down, starting with picking up on Valentine’s Day. (We’ll get to managing women you’re already dating, right after)

VALENTINE’S RULE #1 – STAY OUT OF BARS AND CLUBS

Most of the time, clubs will be full of groups of desperate men and very few attractive women. You won't find a great girl there. You know how “thin-slicing” works, so it won’t shock you that women will automatically think of you as just like the loser guys who have been bothering her all night.

If you’re going to do it anyway, prepared for lots of ‘tests’ (what we used to call “shit tests”). There’s no way a hot woman is going to let herself get picked up on Valentine’s Day without testing you first. Make sure you have great responses to questions like this:

But it will also lose you the girl. Actually, any “answer” will “fail” the test. The reason for this is too long to explain fully here, but it has a lot to do with frame control. She’s trying to put you in a position where you have to explain or justify yourself. If you do, you lose. This is a great lesson at getting better with women.

Instead, show her you understand her game, that she isn’t the first hot girl to test you, and you can think on your feet. Exaggeration and humor helps a lot here – but what you must absolutely do is take the frame back from her. This is how you develop a natural game.

Attractive single women don’t tend to sit home eating ice cream on Valentine’s. They get together with their single girlfriends. At a private Valentine’s Day party, you’re no longer “another loser guy at Club X” - you’re “Stephanie’s cool friend” This is what you call pre-selection.

Don’t have any hot, single, female friends? That’s no good. Hot single women tend to hang out with other hot single women. If your friend Joe from the bowling alley hasn’t introduced you to any hot women in five years, he’s probably not going to start tomorrow.

Valentine’s is one of those great “pinging” holidays, like New Year’s or Thanksgiving (in North America). You have an excuse to send happy mass text messages. Send to every woman in your phone, including - ESPECIALLY – women you’ve lost touch with.

This text should be simple and “bait” her into responding. For example:

Make sure you put your name in the text message. If you don’t (especially if you’re hitting old phone numbers too), you risk the momentum-killing response, “who is this?”

Some women will respond back. And that’s where the dance starts. Continue, and escalate the conversation. No matter how attracted she was when you first met, you’ll need to rebuild some attraction through text.

We’ve got too much to cover to go through all that here. Once you get her past the Hook Point, then casually ask her what she’s doing “tonight”. Not “for Valentine’s” – just say “tonight” like it’s any other Sunday.

THIS IS JUST A QUESTION. DO NOT ASK HER OUT.

There are a million different responses you might get, but there’s only one thing that’s important. Either she has firm plans or she doesn’t.

If she doesn’t have firm plans, then invite her out. But not on a date. That’s too weird, especially if you haven’t been in close contact with her. Tell her you and your friends are going out for a few drinks and invite her to “join up later”.

Ideally frame it in a way that implies that it’s a mixed group or she might worry it’s a bunch of lonely guys on the prowl.

You: “[Random Content]. So what are you up to tonight?”

You: “Cool, I’m going to a friend’s place for a bit then we’re heading out, she lives in [neighborhood] so we’ll probably go out there. Come join up later!

Did you notice how the last message is designed to get the word “her” into the text in a way that doesn’t forced? She might bring a friend. If so, bring one of your own. If she wonders where “everyone else” is, say something plausible and then transition to a better topic. For example:

“It’s like Valentine’s Day Survivor. Jessica’s still there drunk dialing her ex-boyfriend, she’ll be back in a few, Dave and Kayla went to do some couples stuff and Jay – well let’s just say that Jay shouldn’t drink on an empty stomach. Hey, that reminds me... [and talk about something else].

Do NOT act like it’s Valentine’s Day or make it all romantic. Go to a bar or club, have some drinks, have fun and up your chances of getting a woman alone. She’s likely planning to sleep with you anyway.

What if she does have plans? No big deal. You’re not seeing her tonight. But you can use this opportunity to reconnect and see her later. IF – and only IF – you keep your line of retreat open.

Once she shows you that she’s not coming out, tell her what you’re doing. It should be something you couldn’t have conceivably invited her to, so that your “what are you up to tonight?” is social chatter instead of a rejected Valentine’s date. For example:

You: “[Random Content]. So what are you up to tonight?”

Her: “Going out with friends, you?”

You: “Getting used to being an uncle. I’m in Chicago this weekend, my sister just had a baby!”

“Heading to a party later. But it’s a white party and I have nothing all-white. Might make friends with bleach.”

You get the idea.

VALENTINE’S RULE #4 – IF YOU’RE SEEING SOMEONE

The real problems happen if you’re at a “medium” level of commitment with one or more women. (“High” commitment is essentially a committed relationship, and “Low” commitment is friends with benefits or an undefined situation. Medium is anything in-between.

It’s a trap. Invite her to do something on Valentine’s, and you’re setting up the boyfriend frame. That might not be where you want to go.

That’s why you should never say “I love you” first. She might find herself oddly less attracted to you if you invite her out for Valentine’s. You’re no longer a challenge. She knows she won.

But if you DON’T take her out on Valentine’s, she’ll wonder if she’s being played, if you have a girlfriend on the side, if you’re insincere, etc. She’ll have bad feelings associated with you. How do a lot of women deal with bad feelings associated with one guy? By meeting another guy who will make her feel better, of course. Another way to lose her…

And if you’re seeing multiple women, even if they all know about it, you’re in a similarly impossible situation.

My preferred solution? Leave town. I’m serious. Go away this weekend and come back late Monday. You keep the important ambiguity for another year…until Valentine’s comes around again in 365 days…