What to Do When She Pulls Away (Mental and Physical) 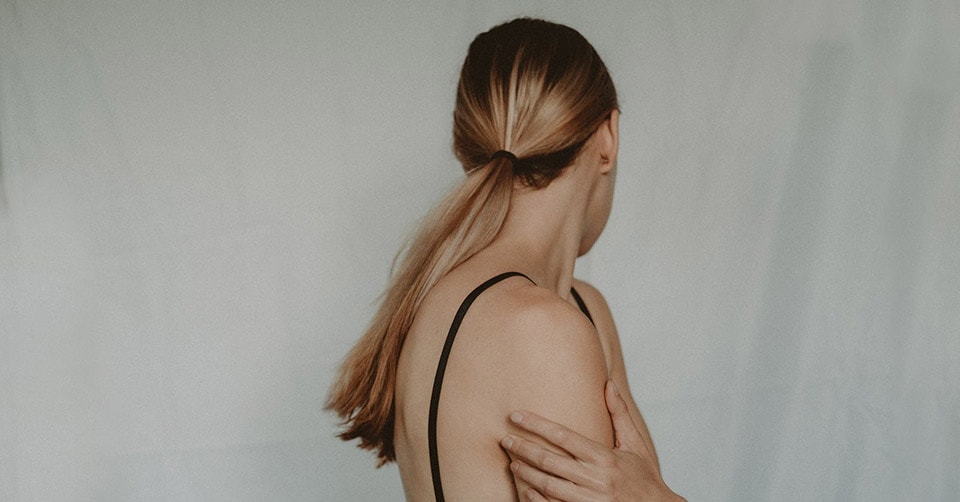 It’s happened to us all. You’re getting hot and heavy, or just leaning in for a kiss or a hug. She pulls away and denies your advances. Is it serious? Should you stop or push through? Do you know what to do when she pulls away?

Chances are you’ll be put off by it. Your instincts may tell you to ask, “what’s wrong?” or you might even double down by leaning in even if she pushes you away. So what’s the right course of action?

What It Means When Women Pull Away

It helps to know how to interpret what it means when she pulls away. You may be surprised to realize that it may be something completely unrelated to your advances - or it may just be an oversight. Whatever the reason, let’s take a look at some possible meanings for when she pulls away.

She doesn’t find you attractive

If you’re on a date, meetup, or first encounter with a girl, what does it mean when she pulls away when you try to make a move?

The truth is that you only have one chance to make a first impression. If she isn’t that attracted to you, she may pull away or show some resistance when it comes time to say hello or goodbye.

Of course, you increase your odds of a less awkward scenario by making yourself more attractive. There are plenty of things you can do to make her more attracted to you.

Women who are inexperienced in dating and intimacy are often in a dualistic mindset. On one hand, their body might be willing to let a man touch her, but her mind might be panicking. With this internal conflict, she may default to the safest decision: pulling away.

There’s an implicit suggestion that if, for example, she kisses you after a date that she may be inviting you for more. It’s up to you to gauge whether she’s just showing some resistance as a habit and press on, or if you should give her enough time to decide whether she wants to be more intimate with you.

She could be too high

Cannabis is a strong drug for many women, often causing them to be even more anxious and uncomfortable than usual. If you’re in a situation where cannabis is being smoked or ingested, she may become too paranoid and wary of an unknown man intruding on her personal space.

If you jumped the gun and didn’t gauge her interest levels correctly, she may pull away until she feels more comfortable with you. Don’t feel too bad - a woman who is genuinely interested in you will forgive your enthusiasm and will often give you another chance when she’s comfortable enough with how the relationship is progressing.

She thinks you have a steady girlfriend

Women are social creatures and understand that intruding on the territory of another woman leads to serious consequences. If you have a girlfriend or the girl you’re engaging with thinks you have one, some women will err on the side of caution to preserve social harmony and not cause conflict by pulling away.

I once had a girl pull away from me when I went in for a kiss. What was strange is that an hour beforehand, we were getting hot and heavy in her bedroom. “What gives?” I thought. “Did I do something wrong?”

When I asked her about the incident the following day, she told me that she didn’t want to get on my girlfriend’s bad side. I told her that I had an open relationship (which was true) and that it was fine. Unfortunately, I never had the time to capitalize on this revelation in the future. So it goes...

What To Do When She Pulls Away

Okay, now that you understand the “why” behind a girl pulling away from you, it’s time to cover what you should do when she pulls away.

If you’re an experienced seducer, you should know that women can be chaotic and anxious. So what do you do when she pulls away? Act unaffected and maintain your composure.

She may be testing you to see how you react when she says “no”. If, for example, you throw a hissy fit and get angry, she may feel uncomfortable with a man that’s temperamental and unstable.

Acting unaffected is the best course of action to get her to be more open to being physical later on (on the date or on a future date), as it shows that you can respect her boundaries.

One of the reasons women love a man with a good sense of humor is that he remains in a positive state of mind despite life’s challenges. When she pulls away, don’t be afraid to laugh and revel in the awkwardness of being rebuffed. Chances are that when she sees you able to handle her ups and downs without taking it personally, she’ll be more open to being physical with you later on.

The best thing you can say is “It’s okay if you’re not ready yet” if you feel that she’s pulling away due to an internal conflict.

The truth is that some women have serious issues with intimacy caused by trauma in their lives. It can take some time for a woman to feel comfortable.

Instead, think of a woman like this to be like coaxing a cat. Cats tend to be wary of humans but drop their resistance based on repeated exposure and building a sense of trust.

Women are situational and are extremely perceptive. Depending on the circumstances that you go in for a kiss or a hug, she can pull away until she feels more

You might be beside yourself when she was jumping in your car to get her to your house, only for her to clam up and act distant when you want to get closer. The key is to make her feel more comfortable.

It’s a common experience for men. The following is a story from my own dating life:

When I lived in a house that I was renovating, I brought a woman back home through the back entrance for a midnight rendezvous. The house was completely dark, so I turned on each light as we made our way to the bedroom on the 3rd floor of the home. Because I wanted to save money on electricity, I shut the lights off as we made our way through the kitchen and up two flights of stairs. Bad move.

She suddenly stopped and said, “Why are you turning out the lights? It’s freaking me out a little bit.”

Realizing my mistake, I told her about my reasons for saving money on electricity and that I made a mistake. I rushed downstairs and turned on all of the lights while she waited at the top of the stairs.

Luckily, she accepted my response and the night went on without a hitch, but it was an important lesson in always making sure that a woman feels comfortable in an unfamiliar environment.

It’s not actually as uncommon as you think for a woman to be triggered and respond by pulling away. To show your empathetic side, you may want to ask her “What’s wrong?” This shows her that you care about how she is feeling. However, be forewarned that you might not get an honest answer or a simple “I don’t know”.

Feel free to back off for a bit to soothe her anxiety. If you feel she’s acting conflicted, show your sensitive side and attend to her emotions. She may be mulling over something you said earlier in the evening, or she might want more comfort from you before getting more physically intimate.

Whatever the reason, err on the side of caution and let her know that you can talk if she wants to talk. Sometimes, she may be developing feelings for you that she can’t express or it may just be something as simple as shyness.

When she pulled away, don’t think that you’re denied intimacy in the future. As stated above, women are situational - and situations change. Simply wait for another opportunity and try again. Maybe you were too aggressive the first time, maybe the mood wasn’t right, maybe the dinner she had wasn’t sitting well with her. Whatever the reason, try again.

If she denies you a second time, it’s best to follow the aforementioned advice in this article or write her off as a friend.

What To Do If Your Girlfriend Is Pulling Away From You

Up to this point, we’ve covered most normal situations that come from a man and a woman interacting. But what happens if your girlfriend pulls away from you?

If she pulls away during an argument

Intimacy is hard for a woman to establish if she feels a negative emotion towards you. Whether you did something wrong, have a strong opinion that she doesn’t agree with, or something else, you need to resolve the argument before you can be intimate with her again.

Sometimes this can be overcome by pouncing on her and reminding her that you want to be intimate with her. However, if it is something serious - such as a rumor she overheard about your fidelity - you may need to address it and reassure her.

If she pulls away in public

Not everyone is comfortable with PDAs (Public Displays of Affection). Whether you’re leaning in for a kiss or want to hold hands, she might not want to be intimate when other people are watching. Conservative women understand that there is a public persona to uphold and word might get around that she’s damaging her reputation, particularly if she lives in a community that is more traditional.

Other times, your girlfriend may notice other things that you may not notice. For example, it’s not uncommon for creepy men to stare at a couple being romantic in public, or for her to be afraid of a coworker spotting her (and rumors being spread at her place of work).

Once you’re back in a private place, feel free to talk to her about it. You want to know why she pulled away so you can accommodate her needs in the future. Instead of rushing to judgment that she doesn’t want to be seen as a serious companion with you in public, it may be a simpler reason altogether.

If she pulls away at a family or friend gathering

Just like PDAs, some women are simply not comfortable with having their boyfriend be intimate with them in the company of family or friends. Some families raise their children to be unaffectionate, while others are very touchy, so don’t take it personally if she pulls away despite your relationship status.

If it becomes a habit

Of all the previous reasons, you can give her the benefit of the doubt due to each situation. However, a girlfriend pulling away in multiple settings and instances may make you start to wonder if she’s falling out of love with you. It would be reasonable to suspect that her heart is elsewhere, so you may want to get to the bottom of it.