What Women Think of Bald Men - Dating Experts Weigh In 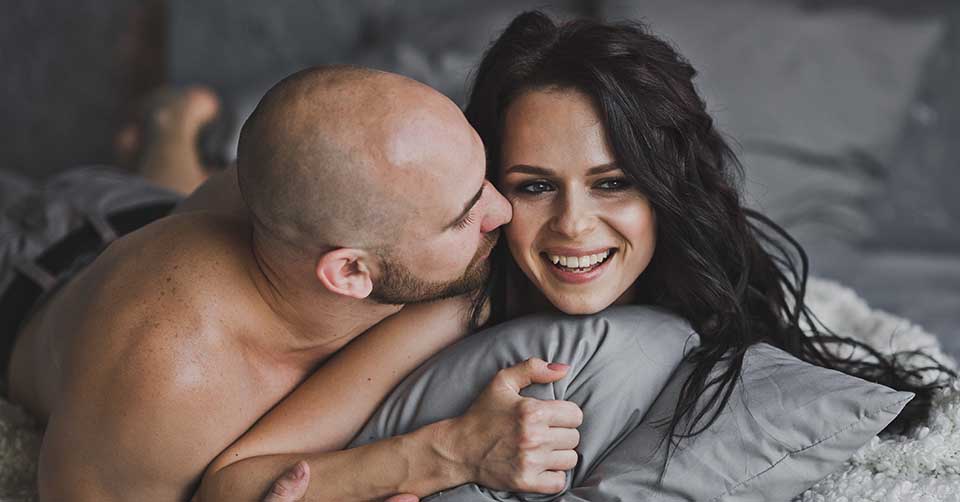 If you’re wondering what do women think of bald men, this is the article for you. This is based on my experience playing the field as a bald guy for over 15 years, studying female psychology and coaching men to help improve their dating lives. I’ll also include results from various public surveys about balding and dating.

When a lot of guys begin to lose their hair, they panic because this doesn’t meet the ideal standard for male attractiveness. They worry that their hair loss will result in a loss of action from the ladies.

The most common questions I get from readers surround what do women think about bald men. Guys always want to know how I was able to deal with going bald and whether this affected my ability to attract women.

So, I’m going to share everything I’ve learned about this topic below.

What Do Women Think of Bald Men?

Let’s begin with some solid data about what do women think about bald men.

Healthcare retail chain Superdrug has conducted various surveys on the link between balding and attractiveness, and the results are promising for the follicly challenged.

In a survey of 798 women from the United Kingdom and United States, 76% said they were willing to date a man with “severe hair loss”. What’s more, nearly all of them (97%) said they’d date a man with minor hair loss. So, the odds are in favor of bald men.

From this data, it’s fair to suggest there are plenty of women willing to date a bald guy, although hair loss is a deal-breaker for some. But what if I was to suggest that the odds for bald men are even more favorable than these surveys suggest?

Do women always go for their “type”? 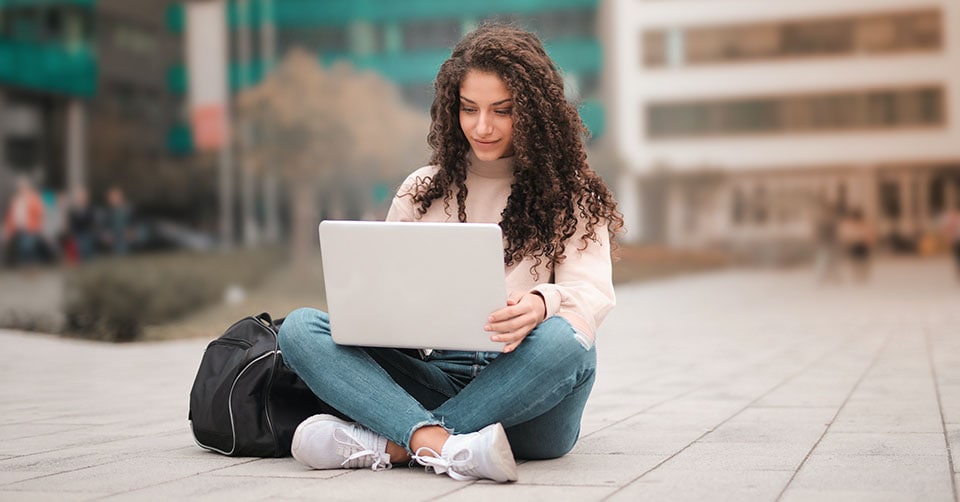 You’ll sometimes see women list the traits for their ideal partner in their online dating profiles. Maybe they’ll make a post about it on social media. Perhaps you’ll even overhear them talking about it to their friends. And the traits they say they want are always pretty similar.

Most women will say they want a boyfriend who is tall, muscular and handsome. Rich and successful are usually added too. They might occasionally say “tanned”, “nice smile” or something about tattoos (or lack thereof). While it’s not that common for women to mention hair, they’re definitely not saying they want a bald dude. I’ve never heard that personally, anyway.

So, how is it that I and other bald guys are still able to date smoking hot women, then? I’m not so tall or tanned either. My teeth are kind of crooked and I’ve got crow’s feet.

Luckily for us non-model-looking guys, women primarily experience attraction based on emotion, not logic.

When a woman is writing her Tinder bio or sharing her opinion on social media, she’s usually in a logical frame of mind.

But when it comes to actually making decisions about who she dates, her emotional mind plays a far more significant role.

So, when a guy is able to make an emotional impact on a woman, she’s likely to go out or go home with him even if he doesn’t tick all the boxes to be her “type”.

Often, women will rationalize to themselves why it’s OK to do that.

“Yeah, he’s bald, but he’s also this, this and this,” they might tell themselves.

It’s no different from the way you rationalize why it’s OK to eat two desserts or stay for one extra drink with your buddies. The emotions make the decision, then the brain finds a logical reason why it’s OK.

I’d bet this would also apply to the surveyed women who said they’d be unwilling to date a bald guy. These women would have been in a logical state of mind while being surveyed, but if a bald guy could push her emotional buttons the right way at the bar, it’s possible she’d find an excuse to go home with him.

Ultimately, it’s how you make a woman feel that’ll determine whether she wants to date you or not. This is far more important than your appearance.

In the Superdrug survey, one in six men (16%) said their online dating experience got better after they lost their hair. It’s fair to assume this means they got more matches after uploading bald pictures, compared to pictures of them with hair. That’s enough evidence to suggest there are some women out there who are logically into dating bald men. You can’t make an emotional impact with pictures on a screen, after all.

On top of that, when a woman likes you as a person, you’ll often find she speaks about why she loves your supposed “flaws”.

“You look tough and rugged.”

“I love stroking your head so much.”

“It suits your face so well.”

“You’re not like these feminine poser-boys who spend hours doing their hair.”

This would appear to provide a solid answer to the question to the question, “do women like bald men?” The thing is: if a woman doesn’t like you as a person (or she’s had a bad experience at the hands of a bald guy), she’s going to come up with reasons why being bald is awful.

“Urgggh, I don’t want to touch your head.”

The ultimate point is: whether or not she likes bald men will usually come down to whether she likes you.

Sure, there are some women who won’t budge on the list of superficial qualities they want their boyfriend to have. These are usually the women who obsess over how their life looks to other people.

Either way, you still have a huge dating pool of women who are willing to date bald men and will  eventually learn to love it once they fall in love with you. 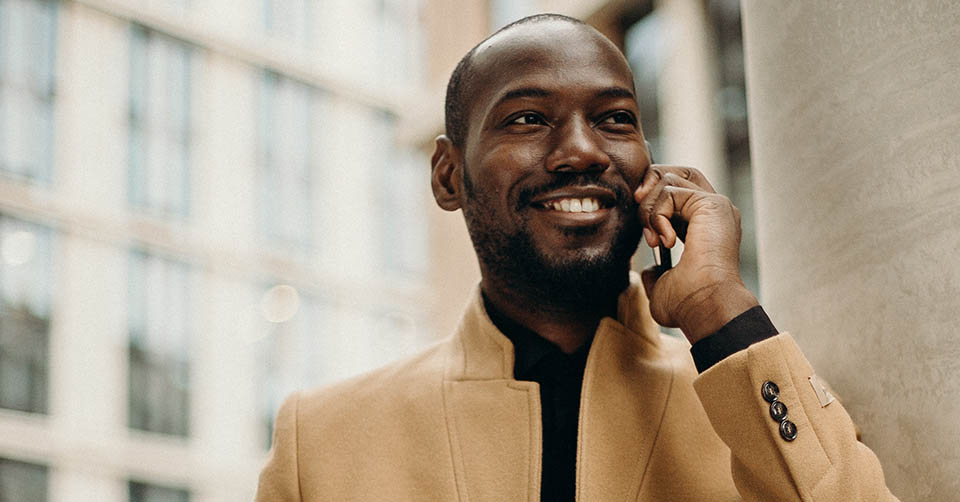 The most important dating tip for bald men is to OWN it.

If you try to hide male pattern baldness by growing your remaining hair long or with a combover, it’s usually going to look worse. Plus, to most people, you’re signaling that you’re not comfortable with your hair loss.

It’s so common for men in this position to have friends convincing them to shave their head because most attempts to hide balding look ridiculous.

Wearing a hat is an OK short-term solution, but if a woman notices you’re always wearing a hat, she’ll usually conclude that you’re not confident about your hair (or lack of it). Remember, confidence is one of the most attractive personality traits for women. A lack of self-assurance is one of the biggest turn-offs.

When you do shave your head, shave it all. Don’t leave the back and sides long. It’s better to look like Bruce Willis than Mr. Burns.

How to make an emotional impact

Like I said earlier, you want to appeal to a woman’s emotions when you’re dating her. So even if, logically, she states that she’s not attracted to bald men, making an emotional impact can make her change her mind about you.

The best way to make a positive emotional impact on a woman is to behave confidently around her. Walk, talk and make moves as if you deserve to date beautiful women.

After all, one of the most important rules of attracting women is: “whatever you feel, she feels”.

Just keep in mind that even if she is attracted to you, that doesn’t mean it will be smooth sailing all the way into the bedroom.

There’s every chance that she will test you to see if you’re as comfortable with your appearance as you appear to be.

The best way to pass this test is to respond in any way that shows you’re not emotionally impacted by her small diss.

You could agree with her sentiment and exaggerate, perhaps by saying: “Yeah, bald guys are the worst”. Or you could disagree and exaggerate to the point of absurdity, “What?! But bald men were sent by God as a divine gift to women.”

Anything that shows you weren’t hurt by what she said will demonstrate your comfort and therefore work well. The key is to then continue the conversation as if nothing happened.

Women only test your confidence like this when they’re at least a little attracted to you. Plus, when you remain unmoved in spite of a woman’s tests, it’s common that she becomes more attracted to you. So, there’s no reason to be upset when a woman makes a rude comment about your hair loss. If anything, you should be excited, especially now you know how to respond the right way.

Will my girlfriend leave me if I go bald? 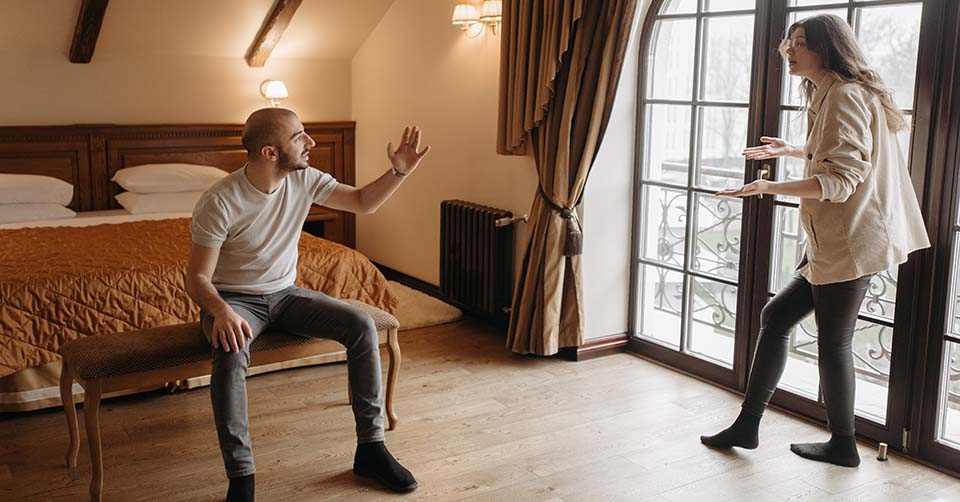 This is a common fear of men, especially if their girlfriend has complimented them on their hair in the past. The truth is: going bald is unlikely to ruin a happy relationship unless your great personality disappears along with your luscious curls.

This woman enjoys you as a person. You losing your hair should have no impact on that, unless you become paranoid that you’re not sexy to her anymore.

The rare exception is if you’re dating the insecure social media addict who needs the perfect picture-perfect lifestyle with the Instagrammable boyfriend to feel like she’s worthy in life. If this type of superficial woman dumps you because you shaved your head, she never truly loved you anyway. You’re better off without a girlfriend like that.

In an ideal world, you’d be over six feet tall, naturally jacked and never needing to deal with hair loss. Then you wouldn’t have to worry about the question of: do women like bald men? But we don’t live in an ideal world. According to Superdrug, two-thirds of men will have significantly thinner hair by age 35. That increases to 85% of men by age 50.

So, the chances are you’re going to have to learn how to come to terms with balding. If not, then you’ll eventually experience your hair going grey (and the same advice in this article will apply).

It might feel like you were dealt a bad hand if you’re going bald at a young age. But, hopefully, you’ve seen that balding isn’t as tragic as you may have once believed.

Plus as a straight man, you’re actually lucky, because women are far more attracted to your personality than your appearance. This is something you can learn to improve, no matter what you look like.

By Marium Ray
Dating Expert
Marium Ray is a regular contributing writer to BeyondAges.com. She has over a decade of experience dating men significantly younger than her as well as coaching men for dating success. Outside of writing, she loves gardening, traveling, and watching the Golden State Warriors win.