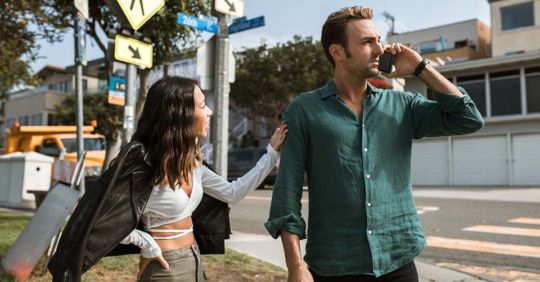 Why do women test men? You’ve probably experienced it firsthand: You hit it off with a new woman, she clearly liked you, she was very interested in spending more time with each other, and she may even have said “yes” when you asked her out.

But despite all that, she still cancels the date at the last minute. What a letdown!

Or maybe you chatted with a beautiful new woman, and she seemed very friendly and warm. Then, out of the blue, she says: “Let me guess—you’re a pickup artist.” It was an accusatory statement that left you flustered, angry, or unsure how to respond.

If this has happened to you before and it always mystified you, then you’re reading the right article. I’m about to explain precisely why women test men, how they test you, and—most importantly—how to pass the tests for a change.

Why Do Women Test Men?

Women test men for three reasons. When you know what those reasons are, you’ll realize that these tests make sense for the ladies: they have practical use. So when a woman tests you, it’s for one of these three reasons:

Reason #1: To make you invest

Let’s face it—everything we do in the dating game all boils down to one thing. Sex. It’s the goal of any man with any woman he flirts with.

That also makes it the ladies’ #1 weapon. She’s not about to give away the grand prize willy-nilly, right? She’d lose any control over your relationship, you’re prone to leave her soon after, and—worst of all—it tarnishes her reputation, making her look cheap and easy.

And that’s why she tests you. She makes you invest your time, money, and energy to pursue her, date her, and win her heart. The tests are meant to make you work for it.

And you know what? It works. The harder a woman is to “win,” the more attractive she is. Studies also show that the more invested you are in the relationship, the more likely you are to be satisfied in the long term. The “testing” strategy is a win-win for the ladies, and that’s why they use it so often.

Tests from women are exhausting and usually not a great sign. If you're dating a girl who won't let up you need to keep meeting other girls. Not only will you be calmer and handle her tests better but if things go south you'll be set.

A lot of guys don't have much success using dating apps because they aren't using the right ones. It's a very important decision since online dating has become critical to meeting single girls and you miss out on so many opportunities if you're not on at least one app. If you're not 100% exclusive with your girl these are the apps that our team of dating coaches has seen regular guys have the best results with:

Reason #2: To test how manly you are

Let me spoil the ending for you. The manliest men out there aren’t fazed by a woman’s tests. He either knows how to pass them, or he has enough options—in other words, other women—that if he let this one go, he’ll be fine.

When a woman tests you and you pass—that is, you don’t get fazed by it—then you’re in the clear. On the other hand, if you get emotional, angry, or defensive: you’re in trouble. This type of rejection sensitivity (i.e. expecting and reacting intensely to rejection) can heighten the risk of aggression. So whatever it takes, keep your cool or you’ll lose her forever.

Later in this article, I’ll show you the four types of tests you’ll get from women and how to pass each of them. So keep reading!

Reason #3: To ensure you’re man enough to not abandon her 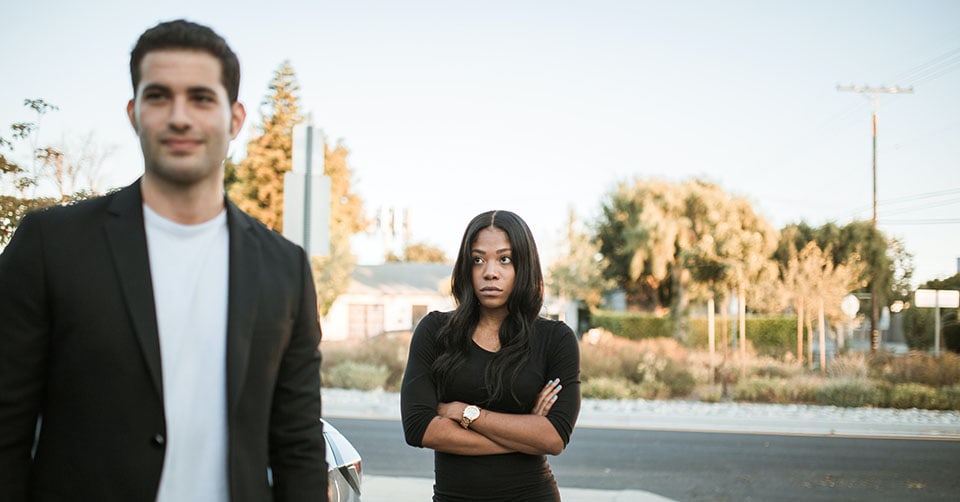 Again, the dating game all boils down to sex. And what comes after sex? Babies, family, household, and married life. The question is: Are you ready, willing, and able to handle the responsibility?

To find out, she tests you. She wants to see you’re the type of guy who can support the baby (and her, of course) if you get her pregnant. If the answer is anything short of a certain “yes,” she’ll either reject you or keep testing you.

Now, granted, some women play the dating game for hookups, not relationships. Despite that, the same dynamic applies. She’s not going to reward you with sex—her most powerful weapon in the game—freely. You’ll have to show you’re “worthy” of it.

So, as you can see, a woman’s tests serve a practical purpose. It helps her weed out the weaker admirers, giving her the best chance to sleep with (and get into relationships with) real men.

Now comes the big question: What are the tests exactly? There are too many to list in a single article, but they all seem to boil down to four categories. Most of these are “secret tests” that you might not even perceive until you fail them. Others are more obvious tests where the stakes are high and you know that there’s a “right” way to respond. Here they are: 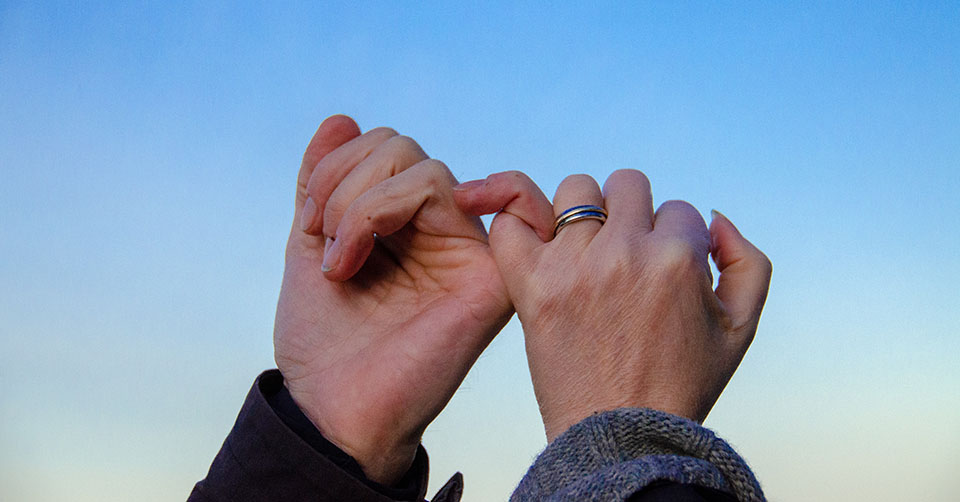 These are meant to test your patience—lose it and you fail the test. When a woman is testing you by making and breaking promises, there’s not much you can do—except, of course, spend your time with other women.

If she’s the only woman you’re seeing, then her broken promises will make you angry. Meanwhile, if you’re seeing two or three other women in rotation, then her tests won’t bother you in the slightest.

This type of broken promise is so common and widespread it deserves its own category: Flaking. She agrees to see you again sometime, then she cancels at the last minute.

It’s one of the most frustrating types of tests you’ll ever experience... unless, of course, you’re seeing other women.

Also, it helps when you know how to minimize a woman’s likelihood of flaking on your date. Follow the tips in this article to make her more excited about meeting you than testing you.

“Can you wait here while I go to the bathroom?”

“Can you give me a ride Thursday?”

Favors big and small are subtle ways for women to make you invest in them. And watch out: If you comply all the time, you fail the test. She’ll stop seeing you as a potential lover and start seeing you as a loyal friend at her beck and call.

What’s worse, readily granting a woman’s favors makes you look like a simp. And that’s simply not attractive to any level-headed woman. Still, that won’t stop her from milking you for as long as she can.

So how do you pass this test? The next time she makes an unreasonable request, tell her something like: “Why don’t you ask your boyfriend to do that for you?”

And she might test you further by saying: “I thought you were my boyfriend!”

To which you can reply with something like: “I must have been drunk during sex, then, because I don’t remember a second of it.”

The name of the game is this: Stand your ground until she gives you what you want—whether it’s intimacy or a proper “boyfriend” status. 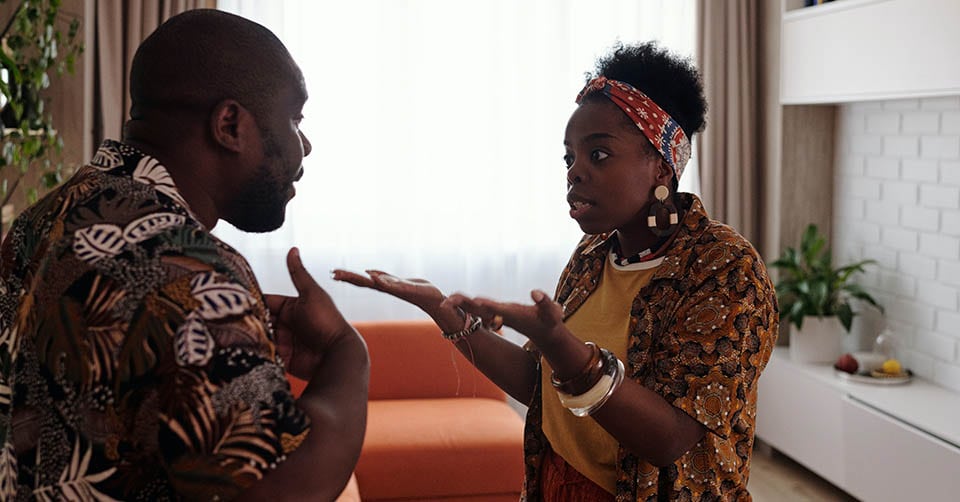 These are the most overt types of tests a woman can subject you to. She can say stuff like:

“You’re a pickup artist, aren't you?”

“I bet you say that to all your girls.”

“You try to bed every woman you meet, don't you?”

It’s aggravating! What should you do when a woman tests you like this?

One of the best techniques is the sly comeback. It requires some quick wit, but it can instantly make her change her mind about you.

Here’s how it works. When she says, “You’re a pickup artist, aren’t you,” simply smile and say: “I've been told.” And then you continue your conversation like nothing happened. Your wit and confidence is what will help you pass her test.

If she says: “I bet you say that to all your girls,” you say: “Why? Are you one of my girls?” with a smile and a fixed gaze.

If she says: “You try to bed every woman you meet, don’t you?” you say: “Only the pretty ones. Do you know anyone you can introduce me to?” with a goofy, teasing grin on your face.

I hope you get the idea. This requires some practice and rehearsing, but it’s a truly powerful—and fun—way to pass a woman’s tests.

Signs She Is Testing You

Let me wrap this up with another spoiler alert. The tests will never go away.

Even if you pass the great majority of a woman’s tests, and even if you win her heart so soundly that she ends up married to you, she’ll still test you from time to time.

The happier and more content she is in your relationship, the fewer and farther between the tests will be. But they’ll come. So, you must know them when you see them.

Here are some of the signs she’s testing you:

Anytime she asks you to go out of your way to do something for her, she’s doing the “investment” test. If you’re in a committed relationship with her when she tests you this way, she’s likely looking for reassurance—so comply with her request.

If you’re not committed to her, then give her the “That’s boyfriend stuff” reply.

This is when you sense she’s testing your patience—she takes her time fulfilling her promises to you, or she asks for more favors before doing so. It’s like she’s squeezing every last drop of value she can get from you.

If dating multiple women in rotation is not your thing, then you can tell her to contact you when she’s ready to see you. She might drop the test when she feels she’s about to lose you.

Unless you did something egregiously wrong, she has no reason to challenge your manhood besides to test you. Remember that above all, she needs assurance you’re a real man. So, give her your wittiest, most confident comeback to remind her.

Again, the tests will never go away—but neither will your ability to pass them, if you know how. Just watch out when she starts testing you almost all the time. It might just be her insecurities getting the best of her, but in some cases, she may just be playing you.

Now go ahead—show her what you’re made of!