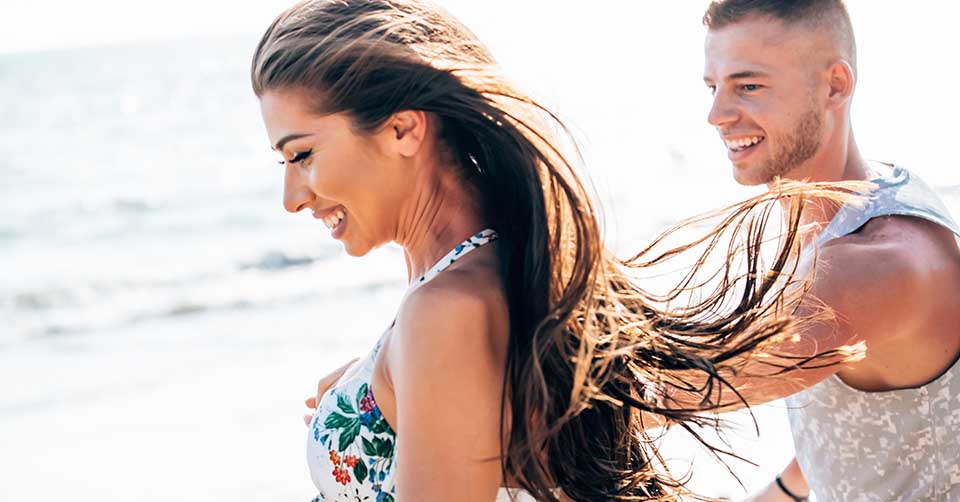 Do women like to be chased? This seems like a pervasive belief about the dating game that doesn't go away: that when a woman says “no,” she really means “try harder.” Is this true or false?

I’ve had my fair share of women who “play hard to get.” And as it turns out, whether women like to be chased or not is not a simple question to answer.

Perhaps the better question to ask is this: Do women like to be chased by you?

Let’s start with the good news: Whoever she is, she’s probably mildly interested in you—or at least curious to see what you’re like.

That means if you carry out your approach properly, she'll eventually warm up to you. As you spend more time with her, you’ll notice her becoming more engaged and compliant. She may even agree to the date you suggested.

That said, there are factors that affect whether she wants to be chased by you or not. These factors include the following:

So, if women who want to be chased is your sticking point in the dating game, then this article is for you. You’re about to learn all you need to know about “the chase.”

The answer depends on two things: (1) her status in dating, and (2) your attractiveness as a man.

One of the most common reasons why women like to be chased is the ego boost. Whether a woman is available or not, she likes the feeling of being chased—meaning desired—by men. It’s flattering, and it does her heart good to know she’s still attractive.

The older she is, the more likely she’ll crave this ego boost. So if you’ve noticed older women leading you on, it’s because you give her the fun and validation she needs. She wants to be chased because women prefer to be more passive when it comes to relationships, requiring the men to be the initiators.

Another reason women like to be chased is more practical: it weeds out her weaker admirers. Here’s how that works:

As a result, she improves the quality of her “pool” of eligible bachelors. So not only is it an ego boost—it’s also an effective dating strategy, particularly if she is attractive.

And thirdly, playing hard to get gives her some control over her love life. Some women prefer controlling their relationships instead of following their man’s lead, and so she lets him chase her (i.e. work for her love and validation) to maintain that control.

Of course, women who do this don't know that a “follower-type” man is a frustrating partner—a weak, indecisive suck-up. Let that be a lesson to you: If she plays hard to get, don’t play by her rules.

There’s a better way, and you’ll learn about it in the second half of this article.

If you're still learning about chasing women you're probably not yet a master. That means that you probably haven't had a great time using dating apps to this point either. The good news is that it's probably because you're using the wrong ones.

There are a couple of apps that dating experts have been recommending to regular guys that are still figuring out how to meet and attract women naturally: 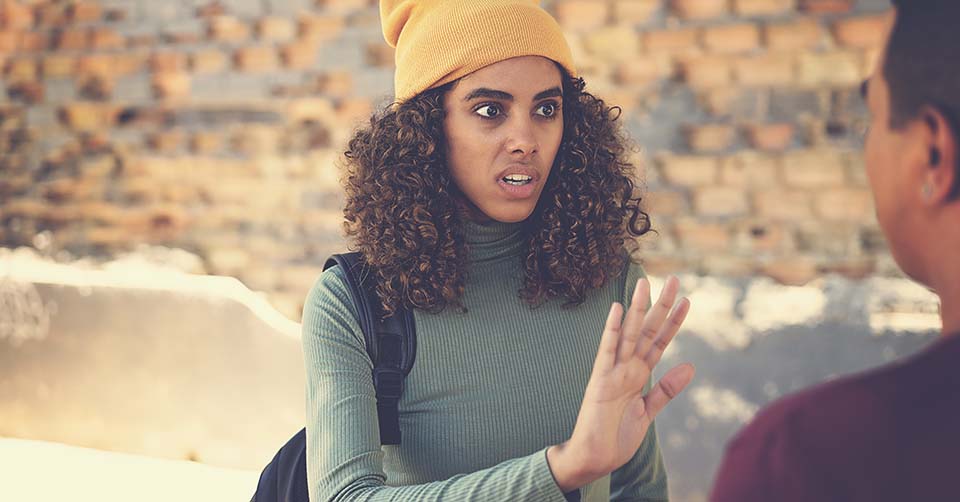 Here’s the most common (and obvious) reason: A woman would not want to be chased by a man she finds unattractive. Naturally, if he’s physically unattractive compared to her, she’ll feel like she’s out of his league.

If I were asked, I’d say neediness is the most unattractive trait of all. If you’re unlucky enough to have that trait in you, the tips in the latter part of this article will help you tremendously.

Now, a woman will also dislike being chased by men when she’s unavailable. For instance, she might be happily taken, and she sees other men’s attention as putting that happiness at risk.

Other women might currently be laser-focused on their careers, businesses, families, churches, etc. It could be anything that leaves them no time for love or dating.

As a result, a woman who’s unavailable would not want to be chased. When she’s 100% sure she doesn’t want your attention, she’ll likely respond to your advances with a hard “No, thanks,” or a clear and definite “Sorry, I’m not interested.”

On the whole, though, most women are more available than you think. So if you think she’s interesting, she’s probably worth getting to know better.

That is, of course, if you know how to chase her without being needy. And that’s what we’ll talk about next.

How to Chase a Woman Without Being Needy

This is a big deal, by the way. The fastest way to lose a woman—whether she’s playing hard to get or not—is to be needy. To women, there’s no male trait more disgusting than neediness. So, instead of doing whatever it takes to win her heart, do these: 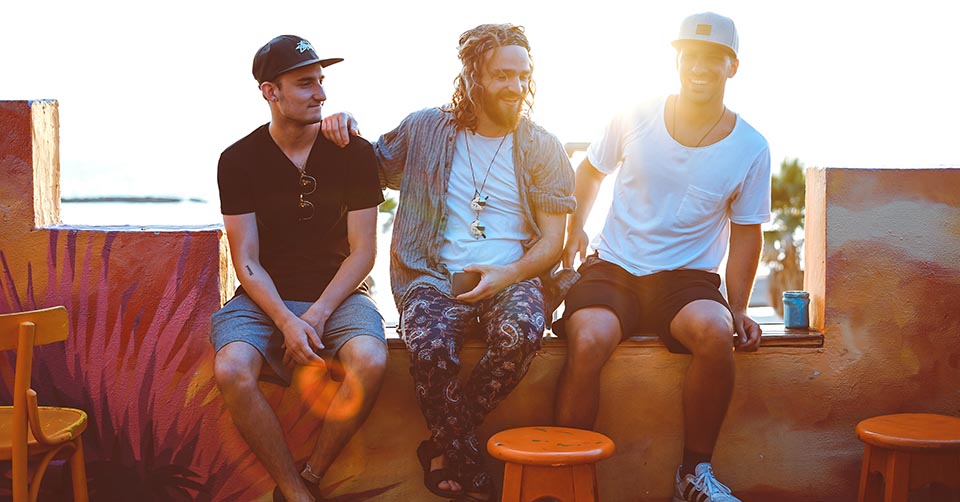 This is for those times when you and she are in a situation where there are other people—parties, clubs, social events, and so on. When she sees you socialize with other people with the greatest of ease, she’ll see you’re not needy. And that’s a step in the right direction.

In the middle of your conversation with her, tell her: “Give me a minute, I want to meet these people.” And then get up, command the room in her full view, then come back to her.

This is called “social proof”—that is, women are much more likely to feel attracted to men who are popular, charismatic, and well-regarded by others. And when she’s impressed, she’s far less likely to play hard to get. After all, it’d be a pity to miss out on such a good man like you.

Focus on fun and flirting

Instead of trying to “get her in the mood for love,” focus on having fun. Carry a deep conversation, tell silly jokes, use chase trigger words, and make her laugh. The simple act of laughing together will break the ice and make her feel more comfortable with you.

Then, after giving her an emotional high (e.g. she laughs uncontrollably or gets extremely hooked on your conversation), ask her out. Tell her: “We really should have drinks soon—either this Friday or next Thursday. No more hard-to-get stuff.”

In that brief moment, “yes” is the only logical and acceptable answer she can give. And when you focus on fun and flirting, that’s what you’ll get. 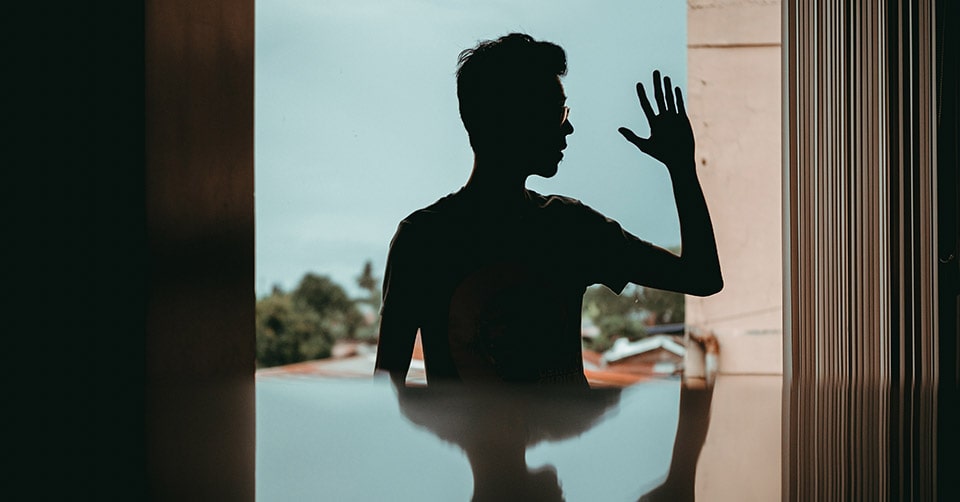 Is she playing hard to get? Well, two can play that game. The next time you ask her out and she says “No” or “I don't know,” tell her:

“Okay, well—you have my number, so let me know when you’re free. Cheers.”

And then you stop contacting her for some time. You’ve put the ball in her court, and now she’s chasing you. Meanwhile, you go on and live your charmed life, meeting other women and just doing your thing.

Next time you meet her and ask her out, she’s much more likely to say “yes.” Congratulations—you’ve played her game and won, and you weren’t needy for one second.

Granted, you might lose some women with this strategy. When that happens, it’s likely because she was much more attractive than you were, or your initial approach didn’t impress her enough. The good news is that these areas—your looks and your strategy—can be worked on.

Lastly, sometimes a woman is just shy. She’s inexperienced with men, and she’s not sure what to do—so she plays hard to get by default. To a shy girl, it’s the safest way to navigate the dating game.

And so when you talk to a shy girl, flirt with her, and ask her out, she gives the answer that keeps her safe: “No thanks, I’m good,” or “I can’t. I’m too busy.”

Now, you have the option to be a gentleman and ask her quietly: “Let me guess—you’re just shy,” at which she’ll say or do something to confirm it.

“Tell you what. We’ll go out to the place I mentioned. It’ll be fun, chill, and no pressure. But if after 5 minutes you decide it’s too much for you, let me know. I’ll take you back here, no questions asked. Deal?”

An offer like this will likely get an “Okay, sure,” even from the shiest of girls. You’ll be pleasantly surprised at how warm and wild she can be once she lets her hair down.

And that is how to chase a woman without being needy. Do women like to be chased? Here’s my advice: Assume she does, go in, and find out for sure. Good luck!