How Many Dates Before a Relationship in 2023 (Modern Rules) 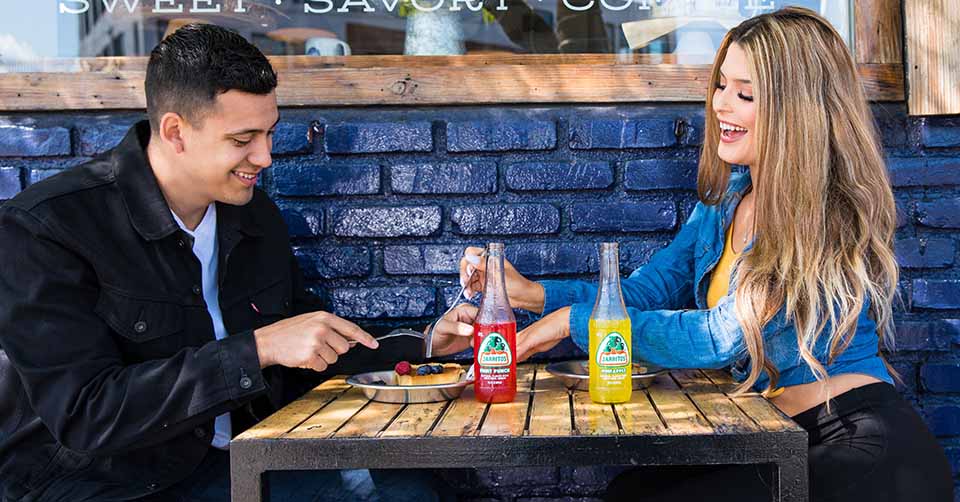 Have you ever been dating someone and found yourself wondering when you could start calling it a relationship? How many dates before a relationship depends on the type of relationship you are looking for.

If you are looking for a relationship with your dream woman, then I would suggest you go as slow as possible to find out what type of person she is. If you were looking for a friend with benefits then you would need to make bigger, bolder moves quicker.

To find out if a woman you are dating is “relationship material”, you’ve got to create many different dating situations so you can find out her real nature and whether she is compatible with your relationship values.

You will probably know within 1-3 dates whether you want her to be your girlfriend or not but it takes a little bit longer to find out whether she has the values you are looking for in a long-term relationship.

But before I do, let’s look at the 5 levels of a relationship to provide some context.

5 Stages of a Relationship

There are the 5 stages of a relationship according to Dr. Susan Campbell. They are the romantic stage, the power struggle stage, the stability stage, the commitment stage, the co-creation stage.

In the romance stage, we experience love in its most immature form - infatuation. We ignore any yellow or red flags and put our partners on a pedestal. It’s easy to fall in love with your fantasy-based version of the person rather than the reality of who she really is. This usually happens in the first 5 or so dates.

When the love chemicals eventually wear off, you will find yourself in…

Now all you see is their flaws and dark side of their personality. They are not the person you initially thought they were. Typically one partner withdraws and pulls away to get some space while the other feels afraid that they are being emotionally abandoned and starts pursuing. Knowing which one you are is a matter of finding out your attachment style.

Most couples never make it beyond the power struggle stage. This is the stage where you realize you’re not compatible. But if you do make it past this stage because you have a strong emotional connection, you progress to… 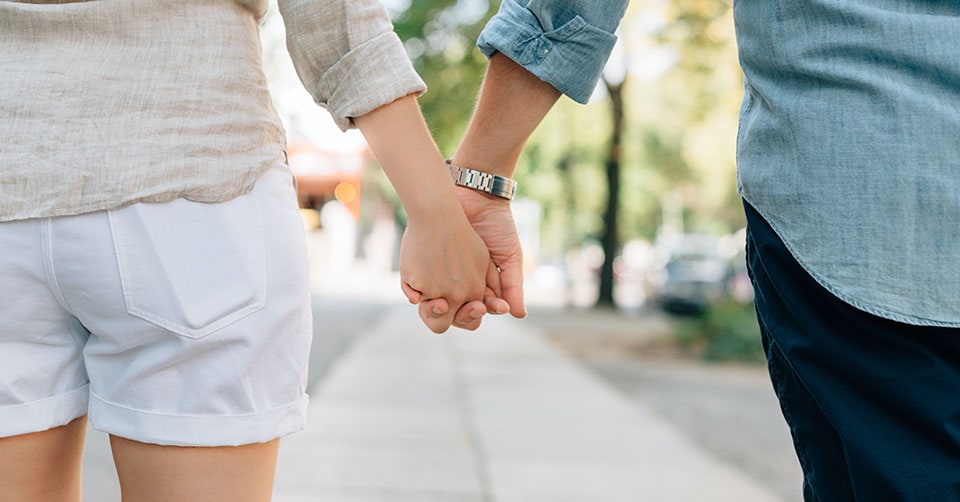 This is where you will experience a deeper and more mature form of love than the romance stage. You are okay with your partner’s flaws, you accept their differences and have established clear boundaries. There's no set number of dates before this happens. However, the stability stage can last from the first year to a few years into the relationship.

For most couples, this is the longest stage since it’s where you get to know each other even better. If you’re both working towards marriage, this is the stage where you see whether or not your partner is the one you want to spend the rest of your life with. Once you realize that yes, you want to be with each other for life, you go to…

You’ve given up the fantasy of a relationship without struggle and despite being aware of your partner's flaws and shortcomings, you still choose to be with them. This is the stage where you are ready to marry and commit to your partner for life.

Through your commitment, you have formed a strong unit. You feel more empowered to work on collaborative projects that are intended to make the world a better place. This is traditionally where couples decide to raise a kid together.

How Many Dates Before a Relationship?

There is no number of dates that inevitably leads to a relationship. How many dates before a relationship is less important than the time you’ve spent together in various situations.

But if you are unsure, a general rule of thumb is to follow the “10 dates rule”. 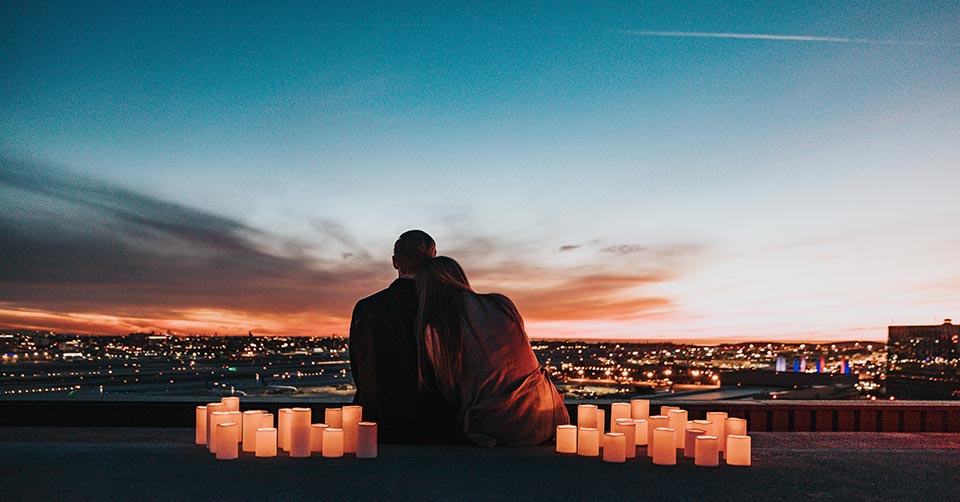 10 dates give you enough time to get to know someone and whether it is worth pursuing a relationship. It also gives you a lot of opportunities to see her in different situations so you can get a deeper understanding of her personality. Essentially, this is how you test a woman to see if she’s right for you.

If all your dates have been sitting on the couch watching “Netflix” or going for drinks at the local bar then you probably haven’t learned much about who she is on a deeper level.

So create a number of different dates that will test her nature. This will reveal more about her character and whether it fits in with your core relationship values.

Before you even consider starting a relationship with someone, you should know your core relationship values. Here’s how to do it…

List your 5 absolute “must-haves” in your relationship. For example, when I did this exercise 6 years ago, I listed emotional stability as my number 1 core relationship value. This meant if a girl I was dating showed any sign that she was emotionally unstable, I would stop dating her immediately.

Then list your 5 absolutely “will not tolerate” in your relationship. For example, for me, any kind of substance abuse or addiction was a big “no, no” in my relationship. Also, a woman who was sexually promiscuous or overtly flirty was a red flag for me too.

Your 10 dates should be set up to establish whether she ticks your 5 absolute “must-haves” and doesn’t display any of your 5 “will not tolerate” traits. If she passes all these tests then it is a good sign that you have the potential for a healthy, long-term relationship.

Slow down to speed up

There is nothing wrong with slowing things down and taking your time. Some men fear that if they slow things down, they could get put in the friendzone.

While you consciously slow things down physically, you can dial things up by creating emotional tension. You do this by touching, playful teasing, holding seductive eye contact, revealing yourself and allowing her to reveal herself to you.

She will know you are a guy who isn’t afraid to make moves so will start wondering why you aren’t making bigger moves on her. This creates excitement and anticipation that will turn her on. Soon enough she will be the one leading you to the bedroom. 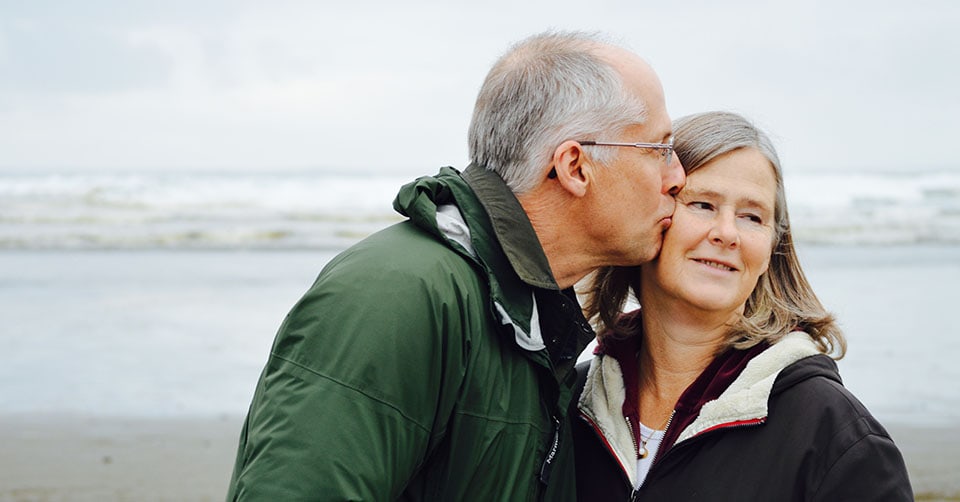 By slowing things down, you are also avoiding the traps of the romance stage and getting to know her on a deep level before jumping into a relationship.

During the early stages of dating, feel-good chemicals are pumping through our bodies and we associate those feelings to the girl we are dating. Anything that might raise red flags are ignored because we are so hooked on the feelings. So we defend, explain or ignore any behaviors that might conflict with our relationship core values.

My Experience with Dating Before a Relationship

How many dates before a relationship never really matter to me, as long as they were good-looking I was sold and up for whatever.

My first relationship happened on a second date. We met in a nightclub. She was drop-dead gorgeous. I would have jumped into a relationship within the first 30 seconds of talking to her. Her smile, the smell of her perfume, the tight dress, her staring at me with those puppy eyes… I was hooked!

We started making out and the only reason I didn’t take her home with me was due to logistical reasons. Although I felt she really wanted to come back to my place.

We texted each other every day until we arranged our first date. I bought a bottle of wine and brought her straight back to mine. We had great sex. She told me she was falling for me hard and never felt as strong about any other guy in her lifetime.

She was the hottest girl I had ever been with so this was a major boost to my ego. On the second date I asked her to be my girlfriend and she said “yes”. The next 6 months were the best 6 months of my life…

I felt like I was in a “love bubble”. Everything in life seemed more beautiful with her in it. She was sweet and loving. She made me feel like a real man. But then the cracks started to appear…

She moved into my apartment and pretty soon started criticizing me for small, senseless things like how I cooked my food, the music I listened to or clothes I bought. I felt like I was walking on eggshells in my own apartment.

She would then blame me because she was feeling like shit. She kept threatening to leave. I was desperate to make her happy and tried my best but nothing was good enough. One day she just packed her bags and left without warning and I never heard from her again.

Here’s the lesson: Meeting a woman and having sex on the first date is not setting a foundation for a long-term relationship.

Because you are jumping start into the infatuation stage with really getting to know each other. And once you are hooked, you will do everything to ignore all the bad stuff because you just want to keep feeling those juicy, feel-good emotions.

When I met my current girlfriend, I was already dating and casually seeing two other women. I knew those two casual relationships would never be long-term.

After the first 3 dates, I knew I wanted her to be my girlfriend although I didn’t know if she had all the qualities I was looking for in a relationship. But it did feel wrong seeing other women so I cut them out and put all my attention on her.

In total we had about 10 dates including a weekend away before deciding to make it “official”. I still didn’t know whether it was going to be love ever after, but we both knew it didn’t make sense to be dating other people so we went all in to find out!

After all, it takes time to see if a relationship has all the ingredients to successfully navigate the 5 stages of a relationship. If you are still unsure about how many dates before the relationship, following the “10 date rule” and respecting your core values will give you the best chance of success.

By Kyle King
Dating Coach
Kyle King is a dating expert who has been teaching men around the world since 2013. While Kyle has some natural talent when it comes to meeting and attracting women he is especially good at helping men develop that ability within themselves. After many years of helping his friends achieve their dating goals he now helps men of all walks of life find success full-time.