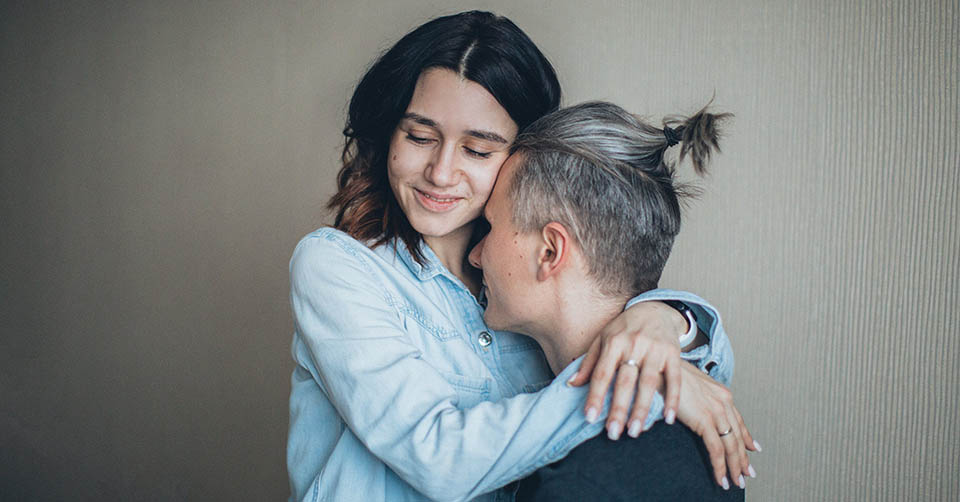 Most men out there, including anyone reading this, would love to know how to have a loyal girlfriend who's willing to be there for you through anything. With today's dating culture becoming more and more casual, and the lines between relationships and flings becoming blurred, how can you find a woman who'll be loyal?

Loyalty is described as a combination of devotion and faithfulness. In a relationship, it's when your partner wants the best for you and sticks with you even through hard times. Naturally, this is something you want in a relationship, and of course, it's a trait that should be present in your girlfriend and in you.

So how can you find a loyal girlfriend? And if you already have a girlfriend, how do you ensure that she remains loyal? In this article, we'll tackle these questions and more. Keep reading!

Why Is Loyalty an Important Trait in a Girlfriend

If you're in a casual relationship, loyalty may not be such a big deal to you. In fact, you might not even mind if your girlfriend sees other guys. However, if you want to be with someone for the long term, loyalty is just one of many things you should be seeking in a partner. So why is it so important?

The older you get the more you appreciate the little things; a nice meal, a drink with an old buddy, and your peace of mind, which is what a loyal girlfriend can offer you.

Having a loyal girlfriend means you can pursue your dreams as a man without worrying about what could happen behind your back. That's because you're secure in the knowledge that she won't stray when you're busy or away.

On top of that, you know that you can rely on her for anything she's capable of. If you're sick, she's there for you. When you get laid off from work, she'll be understanding. When guys flirt with her, she'll know how to tell them to back off because she's with you.

Loyalty from her means peace of mind for you.

2. You’ll have fewer reasons to be jealous

No one likes a needlessly jealous boyfriend. A little can fire that passionate spark, making you more attentive to your girlfriend's needs. But being jealous all the time is exhausting.

Being with a girl who's not loyal and always makes you jealous will drain your energy and keep you in constant emotional turmoil. On one hand, you want her to look her best, but on the other hand, you don’t want her to get too much attention because you don’t trust her around other guys. And it drives you crazy, especially when the whole world around you calls you insecure for being jealous. But deep down you know you’re jealous not because you’re flawed, but because your girl can flip so easy.

And the energy you lose in this process is HUGE.

A loyal girlfriend understands the fine line between looking good for you and looking good for others. She’ll avoid anything that drives you crazy and may make some concessions just to make you happy.

3. You’ll want to be loyal to her too 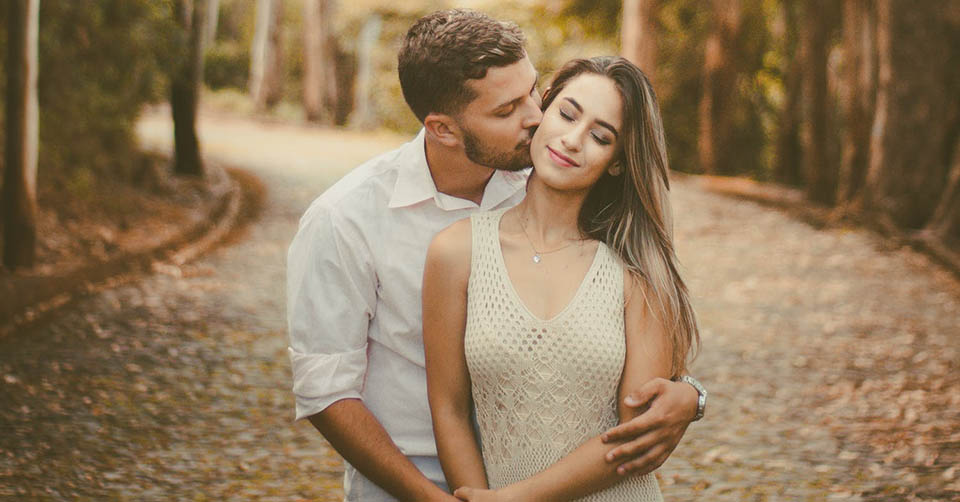 Remember how I said that loyalty goes both ways? When you see that you're with a woman who's absolutely devoted to you, you'll also want to give her the same courtesy.

She’ll force you to be loyal: It’s hard to cheat on a girl who cherishes and appreciate you and puts you above every other man she knows. Being with this type of girl will boost your ego AND lower the chances of you cheating someday. I won’t say you won’t, because everyone gets bored sometimes – but knowing that cheating might cost you an exceptional girl will make you stay loyal as well.

Men are pretty straightforward: if you're attracted to a woman and she has sexual chemistry with you, sex will always be on the table. The more chemistry, the better the sex.

But with women, foreplay starts outside of the bedroom. A loyal girlfriend is already devoted you and your pleasure. She's loyal to you because she has a deep emotional connection with you. And that is the secret to truly arousing a woman. You'll also want to give her everything she wants. It's a cycle that keeps going and leads to more sexual satisfaction in long-term relationships.

How to Find a Loyal Girlfriend 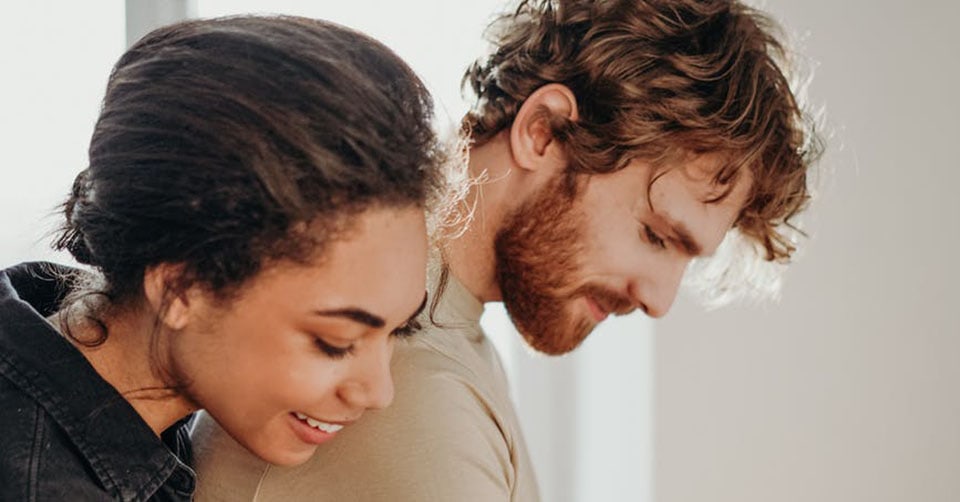 Finding a loyal girlfriend can be a bit of a problem, especially when so many singles prefer to keep their options open. However, it’s still possible that you find the loyal girlfriend you’re looking for if you follow the next steps:

Everyone is free to sleep with whoever they want as much as they want. That’s a fact.

However, we are creatures of habit, and when a girl switches between multiple partners dumping the dude becomes her default response to whenever shit hits the fan in your relationship. So if you're looking for a loyal girlfriend, dating someone who frequently switches from partner to partner might not be the best idea.

2. Ask her why she broke up with her previous boyfriend(s)

Did she cheat on one of her boyfriends? If yes, then beware, even if she uses the “but he cheated on me first” card as an excuse. Cheating is not easy, especially for the first time. If she’s done it once, there’s a chance she may do it again.

The rule that says “Once a cheater, always a cheater,” is NOT set in stone. However, do you really want to risk being long-term with a girl who once proved to be disloyal to another guy?

3. She has a strong father figure in her life

Does she have a strong father figure in her life, such as a dominant and respectful father or uncle that she looks up to? If yes, then lucky you. Women who have a good father figure tend to have healthy relationship expectations. So if she sees you as a good partner, she'll do her best to be a loyal girlfriend.

In contrast, women who were raised by weak or absent fathers don't have a model for how men should behave around women. Because of this, they either latch on to men who show them the bare minimum of affection or they have such high standards that are skewed by the media or their peers.

So how does this affect her ability to be a loyal girlfriend? In most cases, women who don't have a good model for a healthy relationship misinterpret loyalty as something else. Some may mistakenly believe that loyalty is devoting everything to her man, even to her own detriment. Others, however, have a shallow understanding of loyalty to the point that they seem emotionally detached.

When looking for a long-term, serious girlfriend, would you put your time, energy and future on a party animal who's fueled by her impulses and engages in risky behavior (e.g. binge drinking, drugs, sketchy one-night stands)? Do you want to date a woman who's addicted to her Instagram followers to the point that she'd divulge her personal life on the internet for the world to see?

Chances are women who like attention a little too much will put their pursuit of "fun" ahead of you. She might seem fun and awesome at first, but if she lets her impulses rule her actions, she might just drop you when the next "fun" guy shows up.

How to Ensure She Remains a Loyal Woman

You can never be 100% sure someone will stay loyal no matter what, but there are a few things you can do to ensure the girl you're with stays loyal to you. Here's what you can do to make sure she sticks with you. 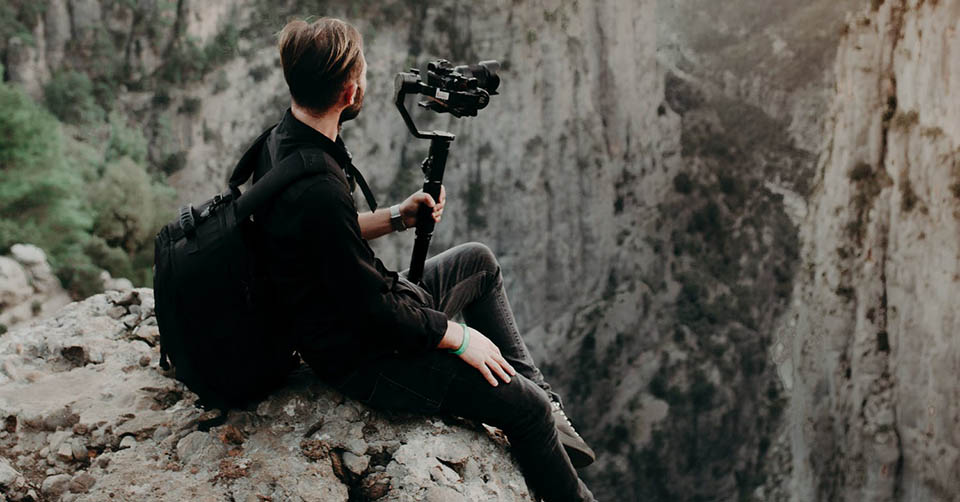 This may sound inconvenient at first, but no man should ever love a woman more than himself. The moment you make a woman the center of your universe the moment she starts to treat you like a doormat.

Love is amazing, so be as loving and caring as you can. But you also need to be an individual with your own wants and needs independent from her. Likewise, you should also respect her need to have time for herself. That’s the best way to ensure that she respects you and works to earn your validation.

Having a loyal girlfriend doesn't mean you should be attached at the hip all day, every day. Instead, it should mean that you're able to remain as individuals while still choosing to be there for each other.

2. And be willing to walk away from the wrong ones

You can’t turn a ho into a housewife, so don’t try to invent the wheel and have something long-term with a girl who isn’t wife/girlfriend material.

The female attention is addictive, especially if you’re inexperienced and/or she’s slightly hotter/kinder than the girls you used to hang out with. Have the guts to stop it and look at the bigger picture. The price you’ll pay for making the wrong girl your girlfriend is your money, time, and mental energy, which is better off spent on the right girl.

As I've been saying throughout this article, loyalty begets loyalty. You can't expect to flirt with every woman you see while expecting your girlfriend to stick with you the whole time. That's no longer loyalty--that's martyrdom. So if you want your girlfriend to be devoted to you, you should also be just as devoted to her. There's just no other way around it.

4. Work hard on yourself

Everyone has room for improvement, even those who work relentlessly to become a better man. The older you get, the more experiences you can have. And this should push you towards self-improvement in every aspect of your life.

We all know that once a guy has a long-term girlfriend or wife and hits his 40s, he usually starts to let himself go. Don't be that guy. Be the same guy your partner fell in love with but better with experience. That's one sure way to make her see that you only get better as you age.

Be intimate with her and have great sex as often as possible. Couples who have sex more often are more likely to stay together than those who have it once every other week. Of course, some people cheat despite having exceptional sex with their partners, but these are the exception. Most women cheat because their men have weak libido and no longer perform in bed… don’t be one of them.

Finding a loyal girlfriend is a mix of knowing which woman to pursue and having the traits that make her want to be with you. So if you feel like finding someone who's completely devoted to you is impossible, see if there's something you can improve about yourself to attract the right woman. Likewise, you should also be diligent about pursuing the right kind of woman for you.