We are always a little suspicious when one site has a dozen different names but we continued with our review. It didn't take long for us to regret our decision.

We have reviewed all of the most popular cougar dating websites, and many of the less popular ones, to separate out the ones that are actually worth you time. There are a lot of garbage websites out there that you need to avoid and we strive to make that easy for you.

MILF.com review - Worth your time?

This is what we found when checking out Milf.com: 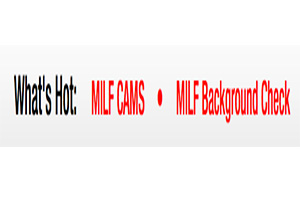 You need to be using AFF or Cougar Life instead

They aren't as focused on just physical relationships as AFF but there are still plenty of women very interested in that. We have had the best success using Cougar Life and they have a free trial so you can use check it out easily.

Try AFF For Free!
If you're just looking for a hookup or more short-term fun you need to try out AFF's free trial. We've spent months and months testing out the alternatives (more than 100 other sites) and haven't found anything that gives most guys more options and better results. Give it a shot! 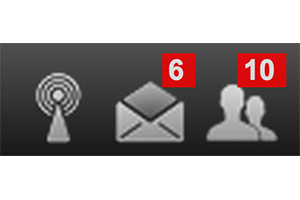 We first registered for our Milf.com review about a week before writing this article. We always like to see what happens a few days after registering on a site to see just how sleazy their marketing is.

In the period of about a week we had ten women add us as "friends" on the site. Of these ten women eight were rather attractive and the other two only had profile pictures of their bodies.

The problem is that our profile was completely blank and we didn't even have a profile picture. Does anyone believe that eight beautiful women are hovering over their keyboards waiting for the next guy interested in dating older women to create a profile?

These "friends" are almost certainly fake accounts. Sleazy websites like Milf.com like to send new users fake friend requests from attractive women to trick them into paying for a subscription. Don't fall for this! 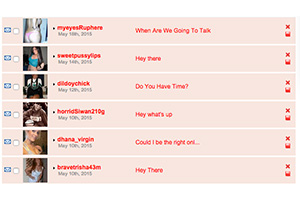 Along with the fake "friend requests" we also received six fake messages. Again these were all from fairly attractive women who were VERY interested in meeting us.

Maybe the sense of mystery that I created by my blank profile was incredibly appealing to them?

Like the fake friend requests we often see sketchy sites in our Milf.com review send out fake messages to get users to subscribe. Since you are unable to send reply to messages on Milf.com without a subscription it can be very tempting to pay.

Unfortunately, you are just paying to learn a valuable life lesson. That lesson being that if something is too good to be true it probably is.

Take the advice we give over and over in our Milf.com review and avoid sites like Milf.com completely.

I have to hand it to the folks at MILF.com. They took some time to put together some very attractive profiles. You can scroll through the listings and see hundreds of very attractive women on the site.

It's really too bad that all of the profiles are fake.

You get obviously fake filler profiles that Milf.com has added. You have the cam girls who are looking for clients. There are some working girls on here looking to make some money. You even get a few less attractive women that are either extremely misguided or fake profiles sprinkled in to make the site appear more realistic.

We poked a little deeper into the income website traffic for Milf.com to get a better idea of how popular they have been lately. We look at the Google search results to see just how many people are looking for Milf.com. It turns out that they were pretty popular a few years ago but lately have really dropped off.

There have been some months where they drop below 1,000 searches which is EXTREMELY low for any popular dating website. Based of this volume it isn't hard to believe the Milf.com has really fallen off in the past few years.

They may have a lot of profiles on the website but the odds are they are primarily very old profiles that are no longer in use.

Milf.com is an obvious rip off even if they spend a lot more money then most sites on their web design. They must be getting a lot of guys falling for the old fake message trick and purchasing subscriptions.

By James Anderson
Dating Expert
James Anderson is a Dating and Relationship Coach for BeyondAges.com. He has many years of dating and relationship experience with older women of various ages and loves helping other men and women find success.
Join Our Newsletter For Exclusive Dating Tips & Advice