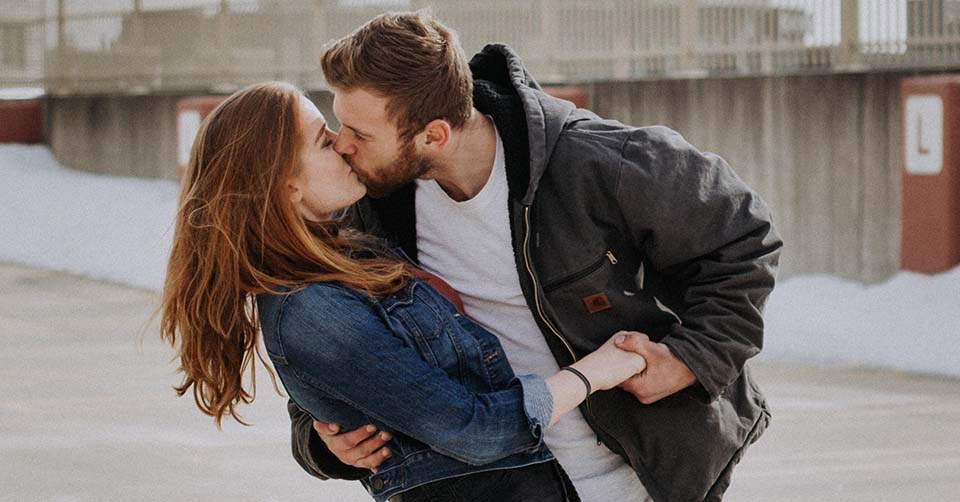 What makes a woman fall in love with a man? We’re not just talking about initial attraction here. We’re talking about having a deep emotional connection. While some guys mistakenly believe that a woman falls in love with a man only for his looks and status, this is hardly ever the case. This is why some guys, even if they’re not the hottest guy around, can still manage to find a girlfriend who deeply loves them.

So how do women fall in love? What do they look for in a man? And best of all, how can you embody the type of man a woman can fall in love with? Keep reading to find out!

How Women Fall In Love

Being in love is a remarkable process for men and women. While you as a man are probably familiar with it, the process of women falling in love is based around chemical and situational factors. It’s often an all-consuming feeling that women often don’t have much control over - but the sequence of events is usually the same.

The brain chemistry of falling in love

The psychology of love

Despite the influence that chemical changes in a woman’s body have in creating feelings of love for a man, her mind is another filtering mechanism for finding a mate. The best way to think about it is that her chemicals set the table, but it’s up to her if she wants to sit down and eat.

Because not every woman responds to the same chemical mix in the same way, a woman’s mind acts as another gatekeeper to ensure that she’s making the best decision (even if her body is primed for the experience of sex and courtship). If she’s experienced different types of trauma and emotional baggage in her life, she can counteract these chemical feelings and let her rational brain start to determine whether spending time with a man is a good decision.

For example, many men have run into dates where a woman will suddenly get “spooked” and ghost you, even after her body was showing all signs that you’d spend the night together. Or, she may be so overwhelmed with desire that she sleeps with you, only to have regret when the feel-good chemicals wear off.

So, to tie up these concepts: You should know that sparking a chemical reaction in her body is only one piece of the puzzle. If you can do that, you must still contend with her previous experiences and personality type to ultimately allow her to fall in love with you.

What Makes a Woman Fall in Love with a Man?

Now that you have an understanding of how women fall in love, you should know what makes a woman fall in love with a man. This comes through the chemical processes, the social aspects, or just her perceptions of you as a mate, eventually beginning a process of eventually becoming more intimate.

Let’s look at many of the main factors that make women fall in love with men.

She can smell your pheromones 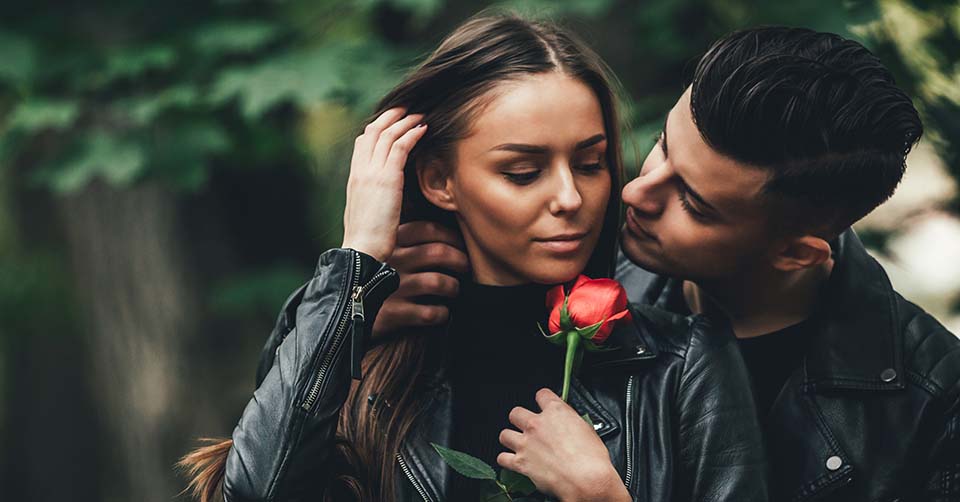 We’d like to think of falling in love as a deliberate process. However, instant attraction can simply come from the pheromones men emit.

There have been numerous scientific experiments and television shows dedicated to this phenomenon. With some variation, the experiment is the same: Women are given a random selection of men’s sweaty clothing to choose from, as well as a random selection of men to choose from. Women smell the shirts, rate the most appealing smells, then rate a photo of each of the men they find attractive.

The results are more accurate than can be believed, as there’s a clear correlation between people who look healthier and the scents they give off. Even subconsciously, women are able to become aroused and interested in a man simply from inhaling the pheromones he is emitting.

Make no mistake: Looks are just as important to men as they are to women. Being an attractive man shows that you are in good genetic health, make grooming a priority, are impressive to her family and friend group, and make her sexually aroused by your presence.

Luckily, genes aren’t the only factor here. It’s possible for an otherwise average-looking guy to become more attractive. It’s an equal mix of the way you look and the way you carry yourself.

You can provide for her

The basis for how comfortable your life can be is based on money. So here’s an ugly truth that most men don’t like hearing about: Women like money.

Women are more practical than men in this matter, as a man usually has no problem dating a woman who makes less money than he does. However, when the tables are turned and her bank account is bigger than yours, she might not be able to get over this fact.

Remember, a woman becoming pregnant or focusing on child-rearing values money more than single women. But money can still be a bigger issue when dating older women and those who use your earning capabilities as a litmus test for your viability in a long-term relationship.

Last, your wealth doesn’t necessarily need to be shown or spent. Instead, you should exude the freedom that wealth gives when you take her on a date and don’t have to ask how much her dish is, sweat when a bill is coming, or have issues that those with money problems have.

You solve her issues 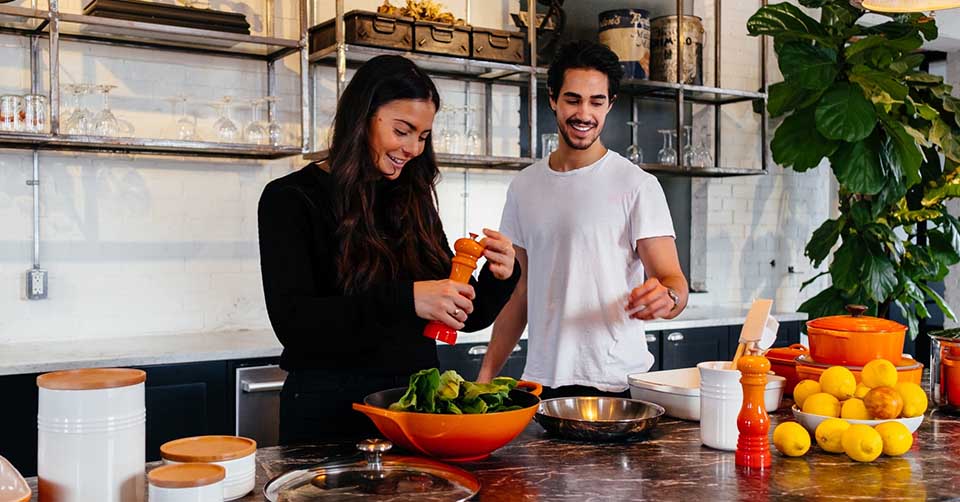 Women use men to solve issues in their life. If she has attachment issues or feels unsafe, her mind may signal to her to find a man that can soothe this anxiety. This is one of the explanations why women from violent households often seek out dangerous and violent men, as it offers them some protection from perceived threats when she was defenseless in her youth. Vice versa, a woman may seek out a provider-type personality as a way to ground her - particularly if she works in a hyper-competitive field and needs a “sense of home” in a partner.

Bear in mind that even if you fit the bill, soothing these issues can be temporary. Childhood trauma is difficult to resolve, as are negative behavior patterns.

You have social influence

Women love a man who can make an impact on the world. And the easiest indicator of that is your social status and influence.

There are many dimensions to status. It can come from being higher up in the hierarchy at work, a highly-regarded person at a place of worship, a long-standing volunteer at an animal shelter - any place where you have an opportunity to stand out means that you carry some form of status that women may feel attracted to. 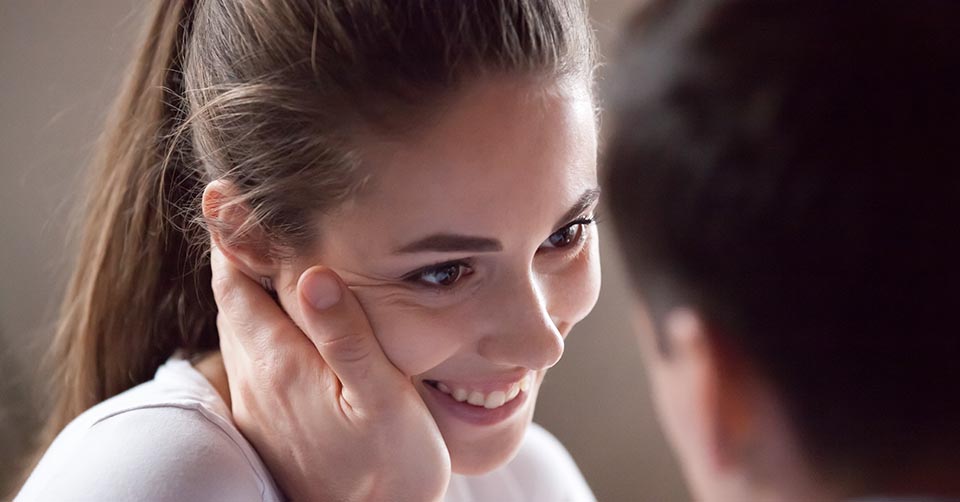 Another key fact of dating for women is that few men are worthy of dating. While you may value your health, wealth, and status, there are plenty of men who simply opt out of self-improvement and still seek out women despite their shortcomings.

To separate yourself from these men, she needs to respect you. And men who are able to command respect from others are often admirable by women. In most cases, this revolves around competence.

Here are a few ways that you can show that you’re competent:

You’re a better option than her current prospects

As a key component of hypergamy, women will always seek out a better opportunity if she feels she can do better. If you are her best option - particularly if the comparison is wide between what she has and what you present - she is likely to fall in love with you.

Why? Women love to fantasize, and it’s human nature to always assume the grass is always greener. By stimulating her imagination, you stay with her long after you’ve left her presence. And depending on just how much she desires you, she may seek you out or create opportunities where your paths will cross again.

Women fall in love for different reasons, some healthier than others. But when you know the basics of what make a woman fall in love with a man, you can put yourself in a better position. You’ll find it easier to attract women and you’ll also be more accepting of the fact that some women just won’t “click” with you.