Why It's So Hard to Get a Girlfriend For Most Guys 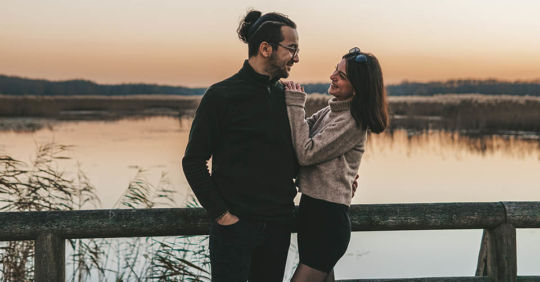 You live in a city full of people and many of them are about your age and reasonably attractive. So why is it so hard to get a girlfriend? For some guys, it seems nearly impossible—when they look back at their dating lives, all they see is one embarrassing failed attempt after another. If that sounds like you, then I understand the despair you must be feeling right now.

I have some good news, though...

I've been helping men find success with women for many years now. What I've realized is this: if you’re having trouble getting a girlfriend, it’s probably not your fault. Sometimes, the odds are just stacked against you. Other times, it’s just bad luck. And yet here’s the catch: It may not be your fault, but it is your responsibility.

That means you can, and should, change your luck with women by making some targeted, methodical changes in your approach. And that’s what this article will help you do today.

Want a girlfriend soon? Then read on.

Why Is It So Hard to Get a Girlfriend Today?

There are thousands of reasons out there why getting a girlfriend is difficult, and none of them should discourage you. Many other men faced the same challenges you do, but they still found the woman of their dreams in the end.

The key is this: you must know what hindrances are within and beyond your control.

The hindrances beyond your control

Most of the obstacles you’ll face in finding a girlfriend are beyond your control. No matter what you do, they’ll always stand in your way of getting a girl. These “uncontrollable hindrances” include:

Since these issues are beyond your control, it pays to stop stressing over them. Instead, spend your precious time and energy on:

The hindrances within your control

There are a bunch of hindrances that are 100% in your power. And if you want to get a girlfriend soon, you can—and should—get these issues out of the way.

These hindrances within your control include:

Before we jump into it, though, let’s quickly answer a question frequently asked by many long-suffering single men:

Why Is It So Hard to Find a Girlfriend Online? 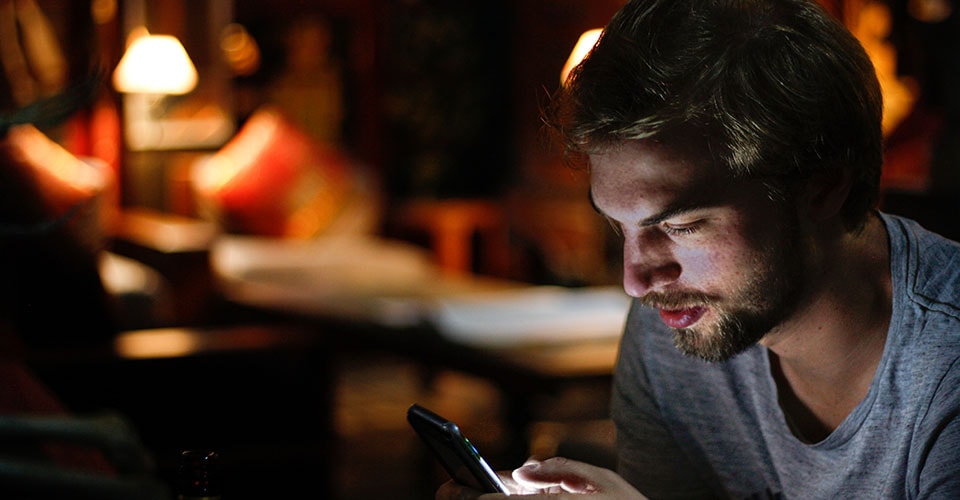 As it turns out, online dating has a different dynamic than face-to-face dating. Most online dating apps and sites cater more to temporary hookups and anonymous one-night stands, and less to dating and long-term relationships.

And yet that’s only one of the reasons it’s hard to find a girlfriend online...

The pros and cons of online dating

With dating apps, finding women in your area becomes a hundred times easier. No need to get dressed and go out—just open the app and start swiping right.

The thing is, as it is with real life, women are still the choosers online. That means if you’re not among the top 10% most attractive men on the app, chances are you won’t find your next girlfriend on it anytime soon.

If you’re considering online dating, here’s a spoiler alert: It increases the number of women you can meet, but it decreases the quality in the sense that your chances of finding relationship-minded women are quite low.

Whether you accept that tradeoff is up to you, but it’s important to manage your expectations with online dating apps. 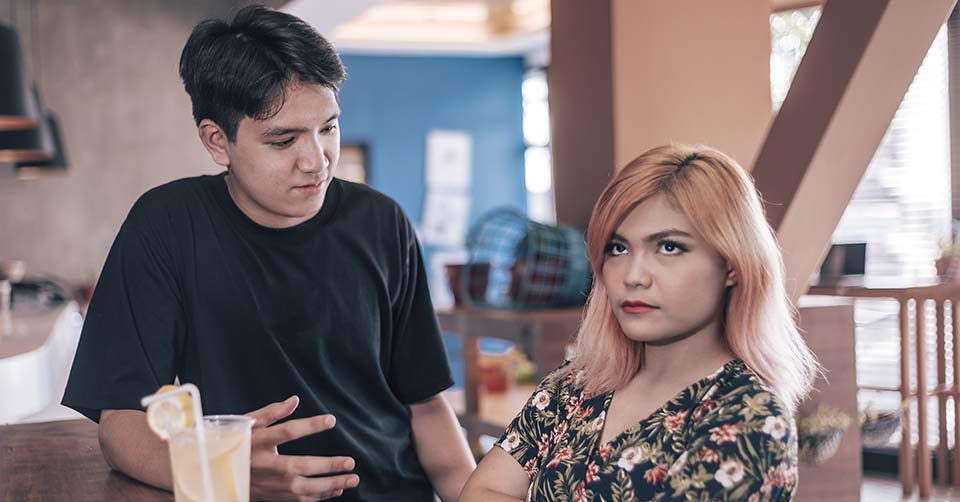 Whether online or offline, women want certain types of men for their boyfriends—handsome, successful, mindful, attentive, and so on. The more of these traits you have, the more “boyfriend-material” you are.

If you think you’re unsuccessful with women because you score low in those categories, you probably won’t find much success online either. So, I suggest you work on those areas first and foremost.

Making yourself more and more “boyfriend-material” over time is half the battle. Now, let’s cover the other half: the process of getting a girlfriend.

And you might want to take notes on this one.

How to Get a Girlfriend

Like it or not, you can get a girlfriend the hard way (winging it) or the easy way (following what works). And the 7-step process you’re about to learn is a compilation of all the things that work best for most men.

And they’ll work for you, too, when you’re brave enough to try them.

First, ask yourself: What's she like? Take several minutes to describe your ideal girlfriend in vivid detail – her appearance, personality, job, hobbies, values, goals for love and life, the relationship you’ll have, and so on.

Why is it so hard to get a girlfriend? Maybe it’s because you don’t even know what you want!

Many guys go into the dating game thinking, “Any girlfriend is better than no girlfriend.” Don’t you make that mistake!

Now, of course, chances are your future girlfriend won’t match your ideal 100%. That’s fine, because that’s not the point. The point of this first step is to get you focused on a direction—one that forces you to act instead of sitting around waiting for a girl to “walk into your life.”

You’ll see what I mean when you move on to Step #2:

Step #2: Go where she hangs out

Let’s say you described your ideal girlfriend as someone who’ll go long-distance biking with you ‘til you both grow old. Now it’s time to go where women like that would hang out. Perhaps it’s time to join biking groups and communities in and around your town?

This is yet another challenge many single men balk at: actually going out to meet new women. Remember, she won’t bike her way to your doorstep one morning. Go out there and meet new people!

Step #3: Approach women in the group

After spending some time in your new groups, you’ll likely meet some women who’d be great as your next girlfriend. Now comes perhaps the step many men fear the most: Approaching them and saying “Hi.”

Why is approaching women so nerve-wracking? The answer is expectations. Most men (or at least the inexperienced among us) have it in their heads that when you approach a woman, you’re “hitting on her.”

Far from it. Your goal for approaching should never be to make her like you, much less fall in love with you.

Instead, your goal is to see if she’s worth your time by simply talking to her. If she’s not, then thank her for her time and end the interaction. No pressure.

If she is, great! You’ve found a good candidate to be your next girlfriend.

That said, she won’t be—and she shouldn’t be—your only candidate.

Let me explain a little variable in dating called pre-selection...

Step #4: Be funny and flirty 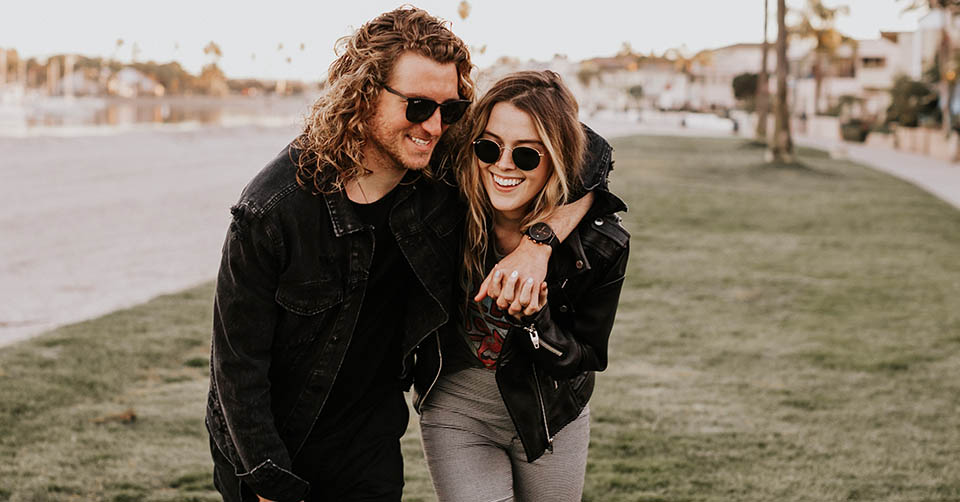 Imagine two guys joined a local long-distance biking community, and they both intend to find their next girlfriends there.

The first guy is aloof—he joins the group activities, but he mostly does things alone. He rarely, if ever, talks to the women in the group. He may be an attractive introvert, but his charm is a lot less obvious.

Meanwhile, the second guy is sociable. He makes friends with many members of the community. Even the ladies he hasn’t talked to yet are already seeing him getting along well with the other women.

Which of the two guys do you think will the women like more?

Without a doubt, it’s the second guy. And it’s all because of pre-selection.

When a woman sees you with other women, she’ll think: “Oh, the girls seem to like him, so he must be a good guy.” And even before she talks to you for the first time, she’s already formed a good opinion of you in her head. She’s already “pre-selected” you.

That’s why it’s important to socialize. Why is it so hard to get a girlfriend? Perhaps it’s because you’ve been like the first guy for far too long.

Instead, you want to be the second guy. You’ll want to be so sociable that the ladies start wondering who among them will be the first to date you.

And speaking of dates...

Pick your favorite among your new lady friends and ask her out. After you get her number (which happens naturally when you’ve socialized with her a few times), text her to schedule a one-on-one date.

You can text her: “Hey, I’d love to talk more. Coffee Wednesday 3PM?”

If she can’t make it to your first suggested date and time, suggest an alternative schedule. If she still says “no,” take it as a sign she’s not interested. Not a big deal—she’s not the only woman in the group you’ve socialized with. Right?

With that said, there are some things you can do to minimize or outright avoid being rejected.

During the date, don’t limit yourself to small talk. Just a spoiler alert—that’s a one-way ticket to her friendzone.

Instead, go deeper and build a real connection with her. This is what she needs to move from seeing you as “just a friend” to wondering: “Might he be my next boyfriend?”

This emotional connection is what will make or break your chances with her. With it, she’ll like you, trust you, and later fall in love with you.

How do you build emotional connections? By doing stuff together (and for each other), sharing personal stories, and having revealing conversation topics like:

These are just some of the many first date conversation topics you can use to really get to know her.

A few more dates with her, deepening your emotional connection as you go, and she’ll be your girlfriend.

[Optional] Step #7: Give her a good, long night

I put this as “optional” because it’s not everyone’s style, but it’s so effective it needs mentioning.

The fastest way to make her your girlfriend is to build enough of an emotional connection with her that she willingly goes to bed with you. It helps if you’re already pretty confident in bed. Show her how much of a considerate lover you are, and then—in the morning when she wakes up—tell her:

And it’s official. Where you take your new relationship with your new girlfriend from here will be up to you. Good luck!