How Long Relationships Last in 2023 (Good and Bad News) 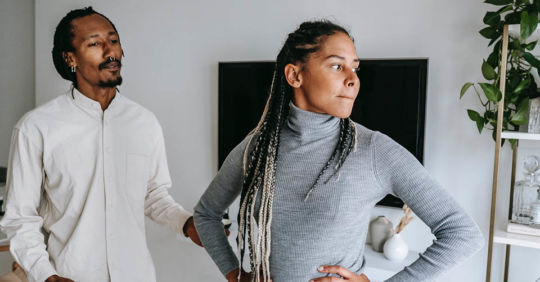 How long do relationships last these days? What causes couples to break up in the end? Or is marriage the end goal for any relationship, and if so, how long should you wait before you tie the knot?

If you decide to read this article ‘til the end, then let me pat you on the back. These are important questions to ask. Your relationship is a huge part of your life, and trying to learn about what to expect is a smart thing to do.

And you’re right: Relationships are challenging. It’s like playing the game of life on hard difficulty. And yet the ultimate prize—that “happily ever after”—is the achievement of a lifetime.

So let’s give you your best chance at achieving that happy ending, shall we? Let’s find out precisely how long relationships last, and—more importantly—what to do to make them last a lifetime.

How Long Do Relationships Last Now

A relationship usually starts when you both decide to be in an exclusive relationship with each other. This can be something that you just naturally or it can be precipitated by the exclusive talk. But once you’re already in a relationship, how long, on average, does the relationship last?

The answer to this question will depend on how you think the relationship will end. For simplicity, let’s talk about the two most common ways a relationship ends: when it culminates in a marriage, and when it ends in a breakup.

How long relationships last before marriage 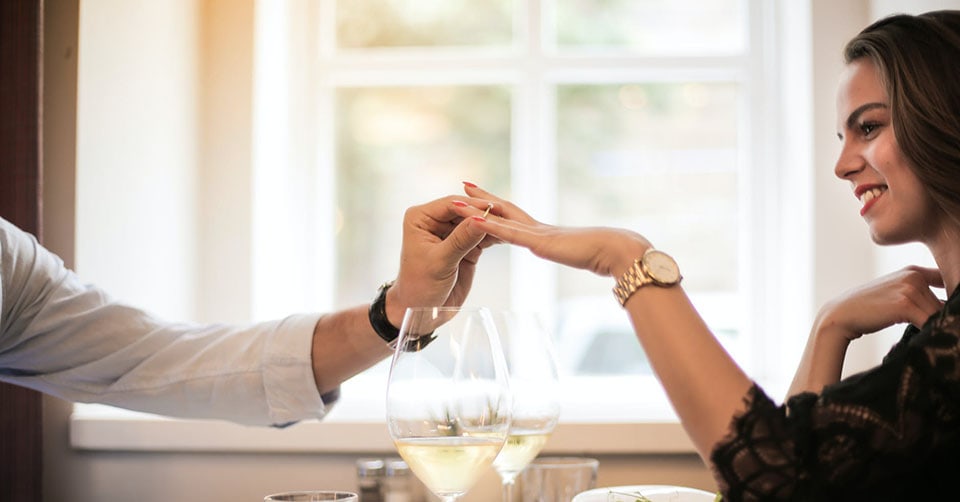 As you might guess, a lot of studies have been made to answer this question. How long do relationships last before it culminates in a marriage? The safe consensus is 2-5 years.

The important thing to note about this scientific finding is this: The couples who date for 2-5 years before tying the knot don’t just stagnate and see how their relationships progress. They’re not delaying marriage for the sake of it.

Instead, most of these happy couples are testing the waters. They’re getting to know each other better, getting used to each other’s quirks, and even living under the same roof to really get into the roles of husband and wife.

Then, when they feel they’re ready, they make things official and get married.

So what should these scientific findings tell you? Two things:

How long relationships last before ending?

This one’s much more varied. According to various studies, how long relationships last before breakups will depend on the ages of the partners. For instance, teenage romances last the shortest (as short as five months for the youngest couples), while relationships last longer the older you get.

Here’s what’s even more interesting: The older you get, the lower your chances of breaking up with your partner. It would seem as you get older, you also get wiser, and you have a better idea of what you like and dislike in your relationships. Makes sense, right?

Here’s the takeaway: Breakups are normal on the path to finding "the one." According to researchers, if you're a guy, you may have to go through six relationships before you find “The One.” If you’re a woman, the average is five relationships.

That’s a lot of time and experience—hopefully enough to give you a good idea of the type of partner, and the type of relationship, you want for the rest of your life.

Now, how do you bring that number down? How do you reduce the amount of time and stress to go through before finding “The One?” Here are a few quick ways to save yourself a few years and a few tears:

Now, all that said, I would be remiss not to tell you about the "Itch". It's something that can cause even happy marriages to end prematurely.

There are two types of “itches” to watch out for: The 3-year itch and the 7-year itch.

What Is the 3-Year Itch? 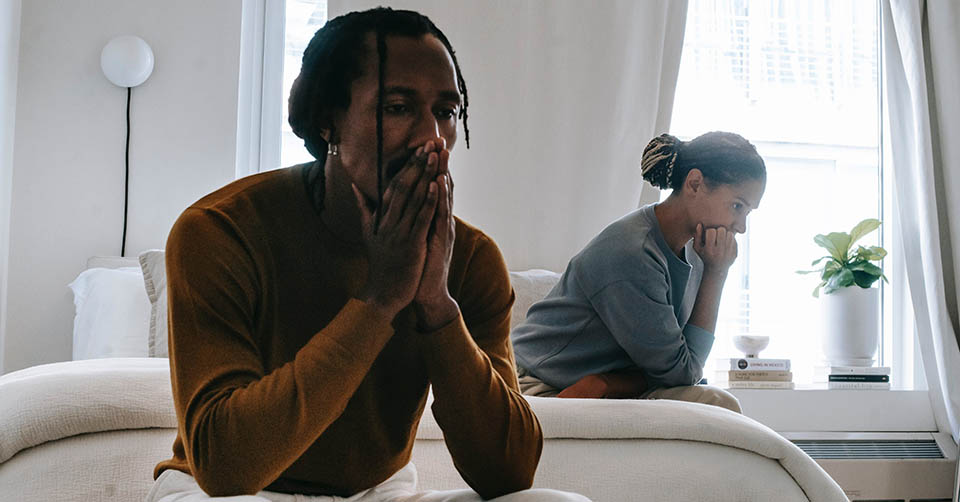 Why do couples break up after two years? It may be because of the “3-year itch.”

That’s the term used by psychologists to indicate a strange, yet predictable, turning point in a long-term relationship. As its name implies, it usually occurs around three years into a relationship, when one or both partners start realizing they’re missing certain things.

What’s “missing” could be:

How to beat the 3-year itch

The most important way to beat the 3-year itch is to expect it. Know that it’ll come within a few years of starting a new long-term relationship. Some stuff you used to enjoy will fade away, and there will be some aspects of the single life you’ll start missing before too long.

That’s why it’s so important to choose your partner (and type of relationship) very well. The more aligned they are to your standards and goals, the better. Things may not be as smooth as you’d like, but they’ll be as smooth as they can get, and that’s pretty good.

Second, accept the fact that long-term relationships—especially marriage—is taking one step back and two steps forward towards lifelong success and happiness. You’ll give some short-term gratification to get greater fulfillment over the rest of your life.

In other words, long-term relationships involve sacrifice, and you must be prepared for that. There’s a reason why religious and spiritual couples tend to have better and longer-lasting marriages: They understand and accept the concept of sacrifice better than most people.

(Author’s Note: Of course, that’s not to say you should stay in a toxic relationship no matter what. If it’s beyond saving, save yourself!)

And third, work with your partner. You don’t need to change your personality or preferences to fix the relationship—you just need to change the activities in it. There are some practices and routines within your relationship that you can practice as a couple to fix whatever problems you have:

Luckily for us, with the Internet, it’s easy to find ten solutions for every relationship problem you encounter. Still, prevention is always better than cure, so prepare for the 3-year itch before it rears its ugly head.

Now let’s talk about the alternate version of the 3-year itch: The 7-year itch.

What Is the 7-Year Itch? 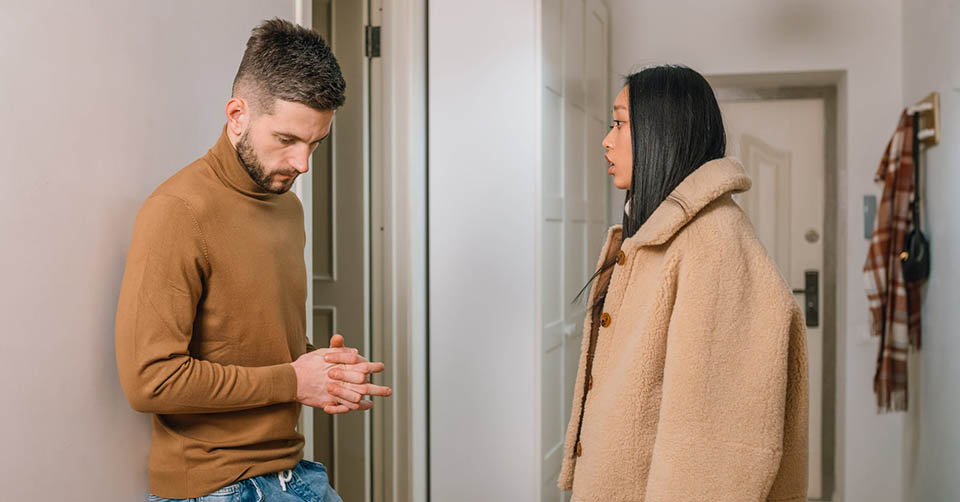 Many people who have been in relationships will attest to the 7-year itch. It’s the urge to find “something new” 7 years into the relationship.

The term was popularized by the 1955 Marilyn Monroe film, The Seven Year Itch. Since then, psychologists have been using the term “itch” to describe a real yet unfortunately common occurrence in long-term relationships.

So what causes the 7-year itch? Apparently, it’s mostly the same triggers that cause the 3-year itch:

Now, here’s some good news and bad news about the 7-year itch...

The bad news is that it can mark a deadly turning point in your relationship and lead to a breakup or divorce. The risk is always there.

Nevertheless, keep these three tips in mind as you prepare yourself for the rigors and responsibilities of a relationship:

So again, props to you for thinking ahead. Things always go more smoothly when you plan for them, and your love life is no different. If you want a happy ending, write the script as early as now. Good luck!