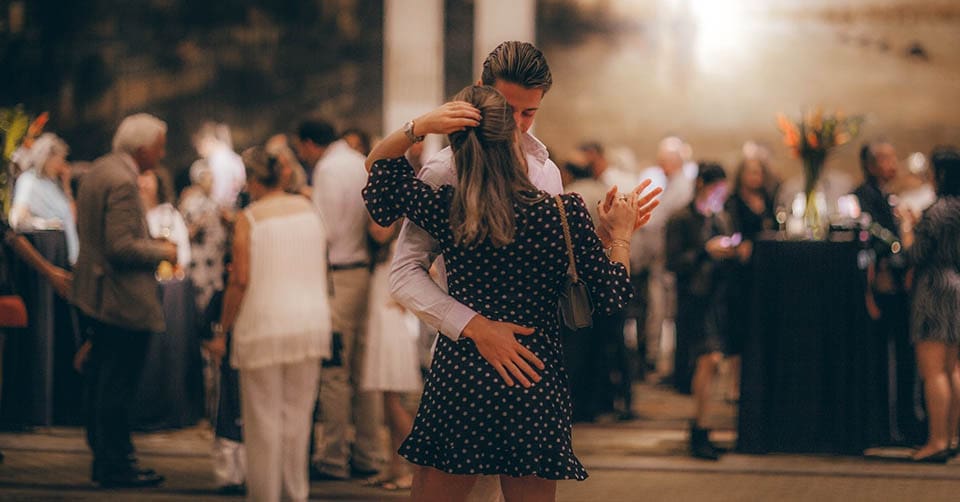 A first date is the culmination of days of texting. You like each other enough through text and maybe video calls, so you want to meet up in person. A second date, on the other hand, is basically saying that you liked each other's first impression, and it's time to see if there's more to like. A second date is not quite a commitment, but it's definitely a little more high-stakes than the first date. So how do you ask for one?

"I enjoyed our first date, when can I ask her out again?"

"We kissed but we didn't sleep together, should I assume she's up for another date?"

"It's been two days since our first date and she hasn't called, should I call her or stay cool?"

We get these questions on weekly basis from guys who aren't sure how and when to ask for a second date. If that's you and you want to improve your dating life and go on amazing dates with amazing women then this guide is just for you. Keep reading.

When to Ask for a Second Date

Dating women is all about timing and reading cues. Pick the right time and you will get a "hell, yes" to a date, a passionate kiss, or a good lay. Fail to read her signs or pick the wrong moment she might go cold on you.

1. If she responds well to your kiss

Can you kiss a girl and not get a second date?

Well, it happens but not as much. Sometimes kissing a girl for too long and not taking her home - assuming she gave you the signs - can hurt you worse than if you didn't kiss her. However, this isn't our point now.

The main point is, most girls who respond well to the first kiss will say yes to a second date offer.

The only problem is that you have to man up and go for the first kiss on the first date. Actually, the sooner you do it the better because it tells you whether she's into you or not. Even if she rejects your first move or says it's too soon, there's a chance she will play along if you do it again later as long as you don't make a big deal out of it.

2. When common interests are mentioned

She says she likes a certain place by the beach and you just happen to want to go there too. You can use this "coincidence" or common interest to ask her out again.

But still, a common interest is a good starting point and you should use it to ask her out again in a way that doesn't make you look needy.

3. Via text or over the phone (but with a tweak)

To learn how to ask for a second date by text, you must first know how to gauge her emotional state as well as her level of interest. In other words, when you ask a girl out you should do it on an emotional high.

This works whether you ask her out for a second date or a tenth. You can still text her "hey, what are you doing next Friday?" but the result will depend on your first date performance. If she likes you she'll say yes, but if she's not sure she may say no.

So what can you do instead?

If you're not sure whether she likes you or not then try to stimulate her emotions first before asking her out on a second date.

How to Ask for a Second Date

You shouldn't be needy, not just because neediness turns women off but because there's no real reason to be needy around a girl you spent a date or two with. No one falls in love that fast unless they have emotional problems. So the key to learning how to ask for a second date is moderation.

Neediness and trying too hard will make her see you as a guy with ZERO options. And no girl likes to feel like she's the guy's safety net. So the first rule of asking a girl on a second date is:

1. Give her something to chase

No matter how hot she is, don't make her think she won you over. Uncertainty is FUN. No one wants to win an easy game, they want to win a hard one despite the odds. That makes winning even more enjoyable.

So don't be a "yes man" who agrees to her every whim. Don't drop all your plans just because she says she's free on a certain day. Instead, keep her at arm's length. Let her chase you a little bit and don't be too available. This isn't being a player or being manipulative. This is simply you living your life and seeing how well she fits into it.

Remember when I told you to use common interests to ask her out again?

That's how it works:

"So you like the Mavs too, huh. Maybe we can watch the game some time, if we don't end up blocking each other before that + a wink/emoji

That literally said: I like you, but I'm still not sure about you. So don't do something stupid.

Yes, you showed her you have plans for the future but she has to stay sharp cause there's still a chance you two might not work.

Text her, keep the fun going by teasing her, getting some banter going and using some push-pull techniques, then once she seems to enjoy it, ask her out again.

Remind her of something you did together earlier, a story any of you has shared, or any unusual thing that happened (even a hot kiss) and use it as a conversation starter that eventually leads to the date. 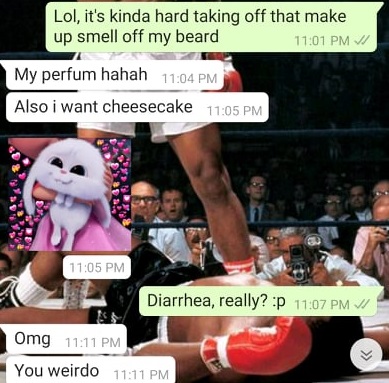 We kissed but she had to leave early so I didn't push it. But then when we texted later, I reminded her about our kiss by teasing her about the smell of her makeup getting stuck on my beard. 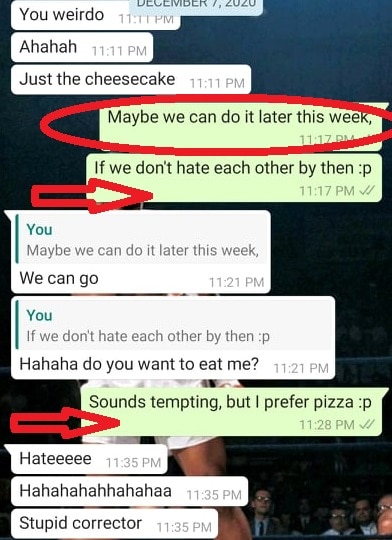 I asked for the date: "Maybe we can do it later again"

But slightly pushed her away: "If we don't end up hating each other by then"

She says yes, then I sexualized her "eat me" phrase but again pull away by saying that I prefer pizza over eating her, and you can see her response.

What to Do on a Second Date

There are three ways to manage a second date with a girl, all of which depend on how the first one has gone:

Scenario #1: You slept together

You guys didn't take it slow this time. Thumbs up.

If you slept together and she liked it - or thinks you can do better - then she'll probably expect sex to be on the table again (hopefully better). In this case, you can cut the nonsense and invite her directly to your place or take her somewhere nearby then bring her home.

Scenario #2: You kissed/made out but never played hide the zucchini

If she kissed you, then, in this case, assuming she's down for sex or asking her directly to come over is the worst thing you can do. This puts pressure on her and can turn some girls off as it makes them feel cheap.

The solution? Take her somewhere fun. Get her emotions on high and make her see you as a super fun guy who can give her a good time. Sweep her off her feet, so that if you do end up sleeping together, you can both see it as something that happened in the heat of the moment.

Some great second date ideas for doing this are a theme park, sexy dance lessons or a romantic (or even sexy) arthouse movie and some drinks after.

Scenario #3: Great chemistry on the first date but no kiss

This might be your inspiration for learning how to ask for a second date. Your first date was amazing: lots of flirting, a bit of banter and some clear chemistry between you two. But you can tell that she's not the type to kiss on the first date. No biggie, some girls just aren't into that.

So what do you do? You keep it going. Consider your second date a continuation of your first date. Only this time, ramp it up. If you were flirty before, get a little handsy this time. Try to hold her hand or at least hug her. Give her hints that you're really into her by giving her some compliments and making some more risque jokes. The point here is to make her see you as a sexual person so that it will help her open up a bit.

As for where to go, you can refer to the examples in Scenario #2. You want to keep her emotions on high so that you have better odds of making progress with her.

Knowing how to ask for a second date is different from asking for a first date. The stakes are a little higher, but you have better odds of making her want you even more. Once you know the when and the how, it's all a matter of having a great time together.