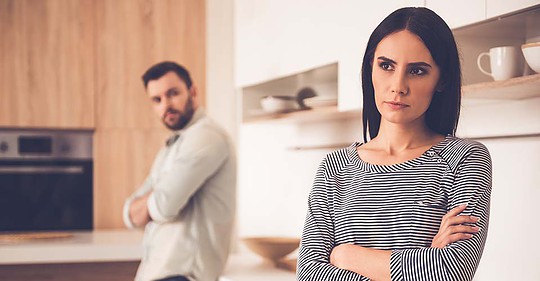 Having a woman’s anger directed at you can be nerve-wracking, especially if she's important to you in some way. Odds are you don’t know what to do when a girl is mad at you. I'm talking about really mad, not just mildly annoyed or in a bad mood. What should you do to soothe her anger without making things worse?

Here's the thing: Most men don't know what to do because they don't know why women get mad. And that's the secret—when you know the real reasons behind women’s anger, then dealing with it becomes easy.

In this article, you’ll learn precisely why women get mad, what to do, and—perhaps most importantly: What not to say and do if you want to have any success with women.

Let’s start with the root of the problem:

Why People Get Angry (It’s Not What You Think)

Anger might be hard to explain when you’re angry, but it’s actually quite simple: It’s what we feel when we want something but can’t have it. It’s a feeling of helplessness that doesn’t go away.

Makes sense, right? Think of the last time you felt furious. Wasn't there something you wanted that you couldn’t get—like an apology, respect, or sex?

Women are no different. When they get mad at you, it’s because they feel helpless. There’s something they want but can't get.

The Fake Reasons Women Get Mad at You

Over years, I've met hundreds of women from all corners of the world. And, yes, dozens of them got mad at me at least once. And you know what I realized? 95% of the time, the reasons they give you for being mad aren't really true.

In my experience, the three most common reasons women say they get angry are:

Except I noticed that when I give them what they imply they want—cheering up, an apology, or leaving them alone—they still stay mad at me. (Or at the very least, they lose interest in me.)

You’ve experienced that too, right? A girl gets mad at you, she implies she wants something, you give it to her, and—what happens? She’s still mad.

Many years ago, I’d have girlfriends who got mad at me for messing up in one way or another. I’d apologize, and—you guessed it—they’d get even angrier. Or they’d break up with me soon after.

So what’s going on?

Today, I’ve realized that when a woman sees you as a potential lover or partner, those three common reasons (having a bad day, she thinks you’re a jerk, or she wants to be left alone) are fake reasons for her anger.

Instead, if you’re dating or in a relationship, there are three real reasons why a woman would get angry:

Sexual frustration is common with women who haven’t been lucky with men lately. You’ll know it when:

Here's the thing: If she’s irritable because she’s sexually frustrated, she probably doesn’t know it. Instead, she’d just tell you: “I’ve just had a rotten day,” or “Nah, sorry, I’ve just been stressed out lately.”

Reason #2: She feels you’re out of her league

This is common when you flirt with a woman who’s less attractive than you are. She’ll feel you’re “too good for her,” and so she rejects you before you can reject her.

So she says: “I don’t want to talk to anyone right now,” or “I just want to be alone.” She wants you, but she thinks she can’t have you, and so she angrily tries to spare herself the heartbreak.

Reason #3: She doesn't feel as loved as she wants to be 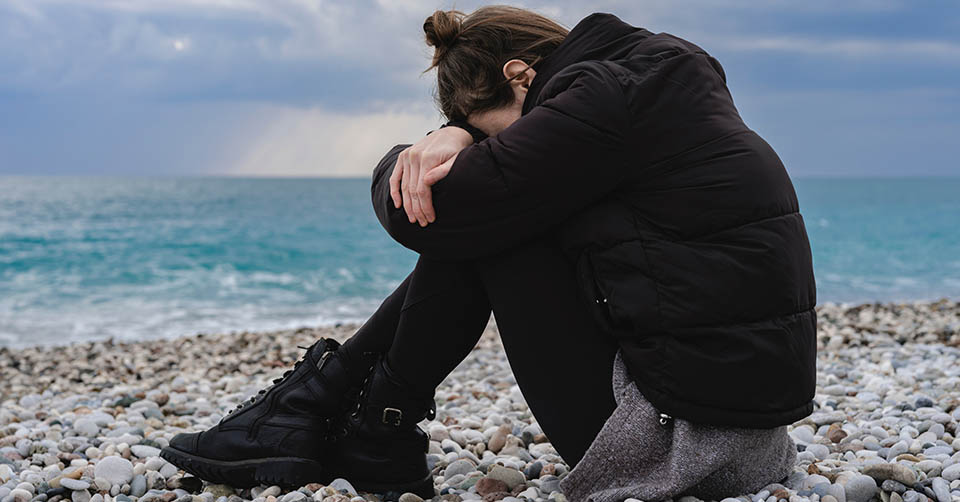 This is most common when she’s in a relationship with you. When she doesn’t feel as loved by you as she wants to be, it’s likely because of mismanaged expectations:

When your relationship has mismanaged expectations, she’ll end up wanting something she can’t have. And so, she gets angry and calls you “a jerk.”

Worst case scenario: she finds someone who can meet her expectations. It’s good if she breaks up with you first, but some women end up cheating on you instead.

These are the three real reasons why women get angry. What should you do in each situation?

Let’s first take a look at the first two reasons, which most commonly happen when you’re not yet in a relationship with her.

What to Do When a Girl is Mad at You

Here’s what to do when a girl is mad at you—and she’s not your girlfriend.

Again, when a girl you’re teasing or flirting with gets mad at you, it’s either because (1) she’s sexually frustrated, or (2) she feels you’re out of her league.

The moment an angry woman mentions she's single, or lonely, or that she broke up with ex months ago: Assume she’s sexually frustrated.

The solution is simple: Give her a good, long night. Perhaps dial down the teasing, make a real connection, and find an excuse to “continue the conversation somewhere private.” It’s a great way to move things forward after the first date,

On the other hand, if sleeping with women on the first date is not something you do, you can simply apologize, thank her for her time, and leave. No biggie.

When you tease her—or when she tries flirting with you, but you don’t notice it or act like you’re not interested—she might get angry. That’s because she wants you, but she feels you’re too good for her.

If you want to fix things quickly, do these:

That’s how to make a girl not mad at you.

Meanwhile, if you’re not interested, simply end the interaction. Better not get her hopes up, right?

Now, let's take a look at the third situation: What to do when a girl is mad at you—and she’s your girlfriend.

What to Do When Your Girlfriend is Mad

As we’ve just learned, when your girlfriend is angry or thinks you're a jerk, it means she doesn’t feel as loved as she wants to be. And there are three situations where this feeling can stem from:

#1: You didn’t set expectations for your relationship with her, and now’s she’s confused 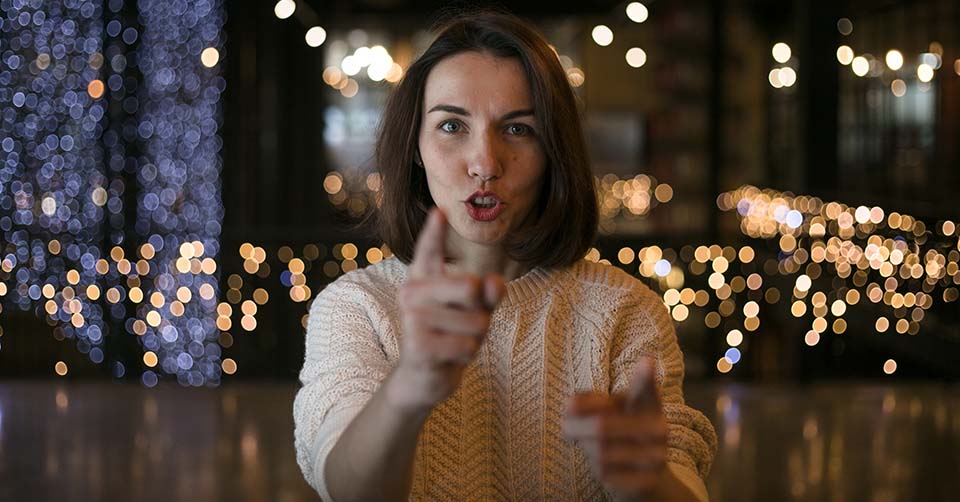 When she asks questions like: “What are we, really?”, then it means this is your problem: You didn’t set clear enough expectations.

The solution is simple: Address the root of the problem by having a long chat about your relationship. Set your expectations now: Will you be boyfriend and girlfriend? Are you “just seeing each other?” Is it time to have the exclusive talk? Now’s the time to decide.

#2: You made promises but aren’t making good on them right now.

Perhaps you promised she’d be your “one and only,” but she sees you flirting with other women all the time. Or you might have the habit of making small promises here and there, but you keep forgetting about them.

If this is your situation, drop the wiseguy mask now. Instead, be as loving and reassuring as you can be. Get her into a calmer, more open state of mind.

Then you do one of the following:

The name of the game is managing expectations. Achieve that one way or another, and she’ll stop being angry.

#3: You set reasonable expectations, but now she wants more.

The most common way this happens is when you agreed to get into a friends-with-benefits relationship, but now she wants a real relationship. When you resist the idea, she gets angry and calls you “a jerk.”

What should you do in this situation?

Whatever you do, don’t compromise. Instead, understand where she’s coming from, but stand your ground. Any compromise you make will be good for her, but bad for you.

If she stands her ground, then you’re left with two choices:

In the former situation, you can deescalate the situation and break up with her nicely. No harm, no foul, you just want different things. In the latter situation, it might be time to reevaluate your goals for this relationship and take things to the next level.

Now, to wrap up, some extra tips to make sure you don’t make an angry girlfriend even angrier...

What to Say When Your Girlfriend is Mad at You

In all situations that involve angry women, the worst thing you can do is to get mad, too. If you can make sure that never happens, you’ve won half the battle.

If you don’t know what to do when a girl is mad at you, at least know what to say and what NOT to say. Here are three things to never say to an angry girlfriend: 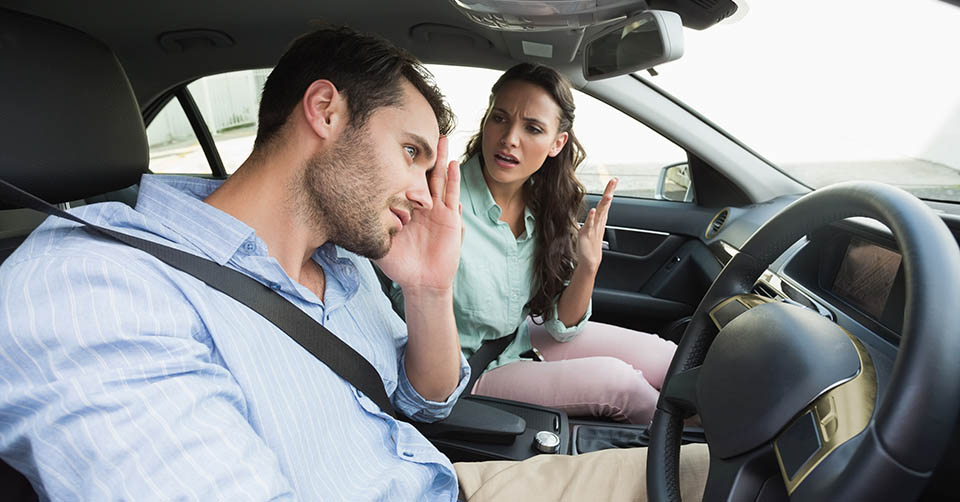 Worst case scenario: If the date or relationship has to end, don’t drive her out. If you’re at her place, simply leave.

Say this instead: “I’ll drive you home.”

If you’re in town with her (or if you’re at your place), be a gent and offer to drive her home. It’ll give her anger a chance to cool before you reach her place, and the day might end on a better note then.

...Or some other attempt to shift the blame to her. It will only make her angrier, which serves absolutely no purpose.

Say this instead: “Let’s talk about this.”

If she needs to rant, let her—but ultimately, the goal is to make her calm down enough to talk about the problem objectively.

As the meme goes, “never in this history of calming down has anyone ever calmed down after being told to calm down.” Truer words have never been spoken!

Say this instead: “Okay, so let me get this straight...”

When you show her you understand where she’s coming from—or at least you’re making a sincere effort to do so—it’ll defuse her anger. When that happens, finding an amicable solution becomes 10 times easier.

If you’re at a loss for what to say when your girlfriend is mad at you, keep these three in mind.

Hopefully, this article has shown you what to do when a girl is mad at you, whether she’s your girlfriend or someone you just met. The formula is simple: Spot the signs, understand the real reasons she's mad, and address them.