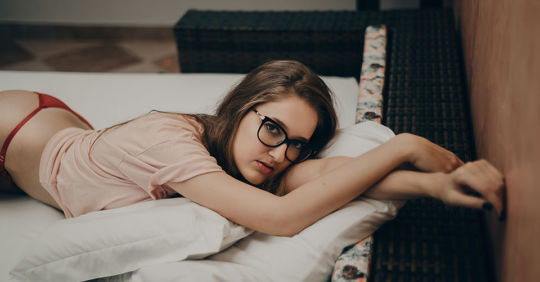 Which type of girl is best in bed? This might be the toughest question to answer next to “what’s the meaning of life?” Not only is the answer subjective, but it’s also bound to raise some eyebrows. I imagine some people already looking for ways to cancel me even before they’ve finished reading this paragraph.

That said, when you’ve met and slept with enough women, you will notice some patterns. You’ll realize certain types of women are better in bed than others. As for me, I’ve been in dozens of casual relationships and hookups over the last several years. And in this article, I’ll share my wisdom with you.

Just a spoiler warning: Just because someone’s good in bed doesn’t mean they’re good in a relationship. So if you’re looking for your next girlfriend or future wife, do keep your expectations in check when a woman decides to get intimate with you.

That aside, let’s jump right into the question of the day:

What Makes a Woman Good in Bed?

In my experience, there are three traits that dictate how good a woman is in bed: (1) Her skill and experience, (2) her ability to communicate, and (3) her initiative. Here’s how each trait plays out in the sack:

#1: Her skill and experience

Skill can only come from experience. The more experienced a woman is with men, the better she tends to be in bed. She brings fewer expectations, is less judgmental, is more confident in bed and is more focused on just having a good shag.

Meanwhile, a woman who’s less experienced can make for an awkward night. It can feel like you’re showing her how it’s done. Inexperienced women are also more likely to conflate sex with love, which can lead to complicated mornings after.

#2: Her ability to communicate

Women who are good in bed also tend to be good communicators. They have no trouble letting you know what they like and don’t like. What’s more, they’re also quite open to feedback. You can tell them what you like and dislike, and they won’t judge you for it.

Uncommunicative women include the ones who expect you to know what they want without them having to tell you. Expectedly, they get mad or upset when you don’t. It all makes for less enjoyable sex.

This one’s tricky. Most women won’t take the initiative of bringing your interaction towards sex because it’s bad for their reputation.

Read this carefully: When it comes to sex and relationships, what other people say about them is more important than her happiness.

That means if she feels even the slightest chance other people will find out she had sex with you, she wouldn’t go through with it. She likewise won’t take the initiative if she feels there’s a chance you’ll turn her down.

Those are the three qualities that dictate how good (or how bad) a woman will be in bed.

Now for the next logical question to ask: Which types of women have most, if not all, of these qualities?

Which Type of Girl is Best in Bed?

It would seem that the older a woman is, the better she is in bed. (Up to a certain age, of course!)

It’s all simply owing to experience. A 40-year-old woman who’s had more than a few boyfriends in her life will give you a more enjoyable romp than, say, a 20-year-old who’s just broken up with her first one.

The more relationships, lovers, and hookups a woman has had, the better she’ll be in bed. She has a much better idea of what men want than her less-experienced peers.

That said, looks can be deceiving. A younger woman may seem conservative and inexperienced at first glance, but they turn out to be really good in bed when you give her a chance. 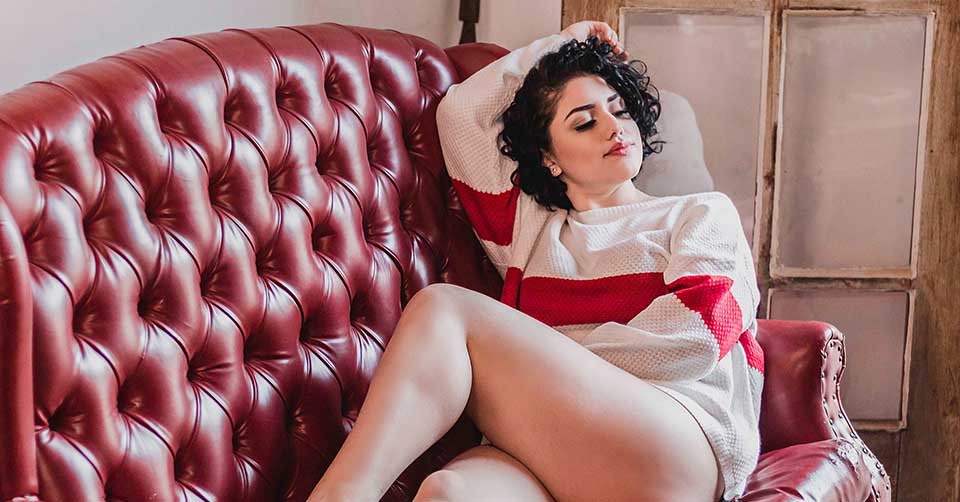 Here’s where it gets interesting (and controversial). The culture around where a woman grew up dictates how well she does in bed. Women from certain cultures are better at sex than women in others.

I've learned cultures that celebrate manhood also produce women who are enthusiastic, skilled, and hungry in bed. These cultures include those in Latin America and Southern Europe.

Meanwhile, cultures in more so-called “progressive” areas of the world tend to produce women who are not as good in bed. These ladies tend to be more selfish and entitled, sometimes even to the point of being toxic. These cultures include those in North America and North Europe.

For some reason, I’ve noticed women from the US, UK, and Scandinavia are just not as fun in bed as their counterparts from Mexico, Italy, and Brazil.

I’d ascribe the discrepancy to the prevalent cultures in these countries. In Latin America and Southern Europe, traditional masculinity is celebrated. Strong, manly men are looked up to, and virility is a badge of honor. So when you ask, “Which type of girl is best in bed?” The answer is usually those who appreciate virile, masculine men who give as well as they receive.

Meanwhile, in places like the US, you can’t think of the word “masculinity” without the word “toxic” behind it. Manliness is diminished or ridiculed, and flirting with the wrong woman can put you in jail. Women growing up in a culture like this can have unrealistically high expectations for their sex lives, and this translates to quite a bit of entitlement in the bedroom.

Again, this is all subjective, and your mileage may vary. I’m confident, though, that if you meet enough women from different parts of the world, you’ll see my point. Culture plays a big part in shaping how good a woman is in bed.

Lastly, when it comes to romantic status, the women best in bed are the ones hungriest for sex. That includes:

It should go without saying, but avoid bedding a woman who’s happily taken. Not only will the sex be uninspired, but you’re also liable to mess her up mentally. You’ll fill her up with guilt and shame, which might hurt her relationship and cause it to fail. Nothing is worth that, so let’s not go there in the first place, yeah?

These are the three clearest categories that tell you which women are good in bed. Again, this is borne out of decades of my experience, and it’s meant to show you what to expect if you, too, spent years sleeping with women of all backgrounds.

Now, allow me to wrap up with yet another controversial take on the topic...

How to Be Good in Bed for Girls

Finding out which girls are best in bed is good. In my opinion, though, it’s infinitely more important to be good in bed. That is, if you have the ability to give a woman a great time, guiding her to one orgasm after another, it won’t matter much if she’s good in bed—the experience will be memorable all the same.

So how exactly do you become good in bed with the ladies? Here are some of my best tips:

Take the lead and give her a way out 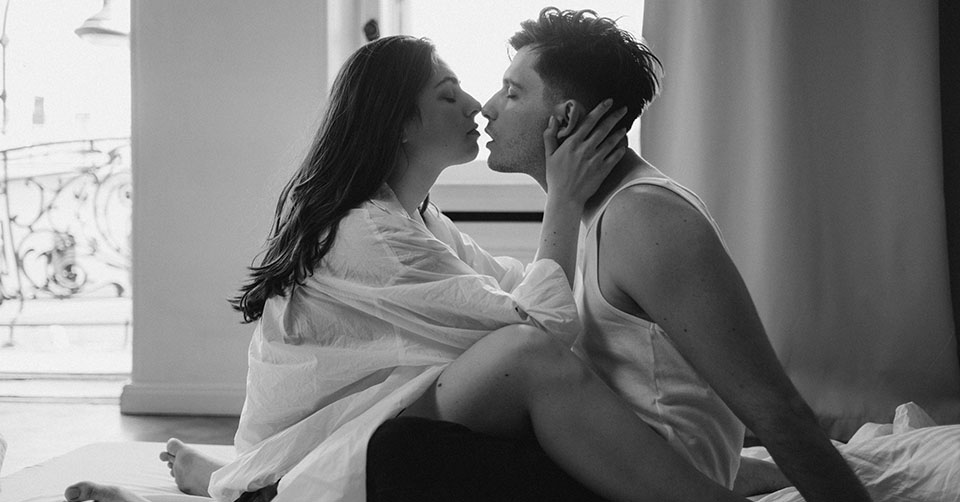 This is perhaps the most important one. Take the lead. Don’t wait for her to initiate or lead you on. Instead, flirt lightly and see how she reacts. (Pro tip: You can do this over text, too.)

While you’re at it, also give her a way out. If she’s not up for going somewhere private with you, be cool about it. Again, see how she reacts to some light flirting:

(AUTHOR’S NOTE: How many dates should you have before you can have sex with a woman? We answer this complicated question. Also, if you’re not sure what to do after a first date where you didn’t have sex, read our guide as well. Very important!)

Now, what if she hesitates or gives you an unsure “no”? Then you can say something like: “Tell you what—let’s head over to my place for some wine. If, after 5 minutes, you change your mind and want to leave, I’ll take you home. Scout’s honor.”

That’s how you lead and give her a way out at the same time. You’ll be surprised at how much more readily women will go with you when you have these two bases covered.

The second most important change to make in your game is to have the patience for foreplay. Most guys try to sleep with women only for their own enjoyment. Don’t be like most guys.

Exercise your mental discipline and give her as much foreplay as you can. Give her as many orgasms as she can take, to the point that she begs you for the real thing. Patience is the name of the game. Get some.

Thirdly, pay attention to what she likes. Some women will tell you, while others will moan their pleasure (or lack thereof). Take the hint and give her more of what works.

Give and you shall receive

I say this because half the enjoyment is her response after sex. There’s nothing quite like when a woman tells you: “That was amazing,” or “You’re really good,” or “That was the best night ever.” Likewise, it also helps to know what to say after sex to give her that post-o glow.

So go ahead—meet more women and get ever better at giving them nights they’ll never forget.