Why Did She Ghost Me? 8 Ways Women Ghost Men and What to Do 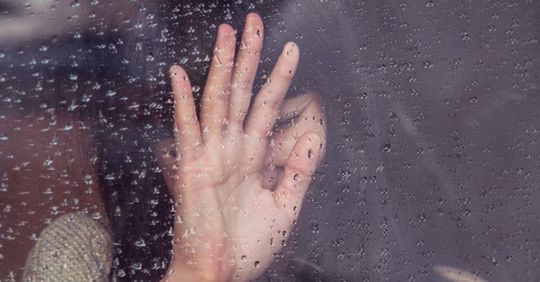 "Why did she ghost me?" It’s a familiar question for men who’ve suddenly had contact with a girlfriend or partner taken away without explanation. Ghosting or being blocked in general are upsetting experiences to deal with - and because there’s often no way to get an answer to “why did she ghost me?”, many men are stuck in an emotional limbo.

However, knowing the answer to why she ghosted you helps get over this emotional loss and points men towards more fruitful avenues, such as personal growth, understanding of human nature, and how to navigate the modern dating market.

In this article, we will take a look at some of the most common reasons why girls ghost guys and what men can do after they’ve been ghosted for the best outcomes.

Why Did She Ghost Me?

There are plenty of reasons that a girl could’ve ghosted you on and disappeared without a trace. Whether it’s not getting messages from her phone and/or social media, ghosting takes many forms.

Let’s take a look at some of the possible reasons you got were ghosted:

Unlike men, women are more prone to anxiety and stress when they’re seeking romantic partners. Letting a man in their life often leads them to feel uncomfortable and vulnerable, particularly if their instincts are screaming for them to get away from you.

This may be your fault as a man due to some type of alarming behavior, or her threshold for what she wants in a partner may be exceeded. For example, if you've shown aggressive behavior, insinuate something that’s against her morals, or she’s afraid you might damage her reputation by being associated with you, she may ghost you as an act of self-preservation.

If she's ghosting you the best response is often just to start meeting other girls. Maybe she comes back maybe she doesn't. Either way, you're good. A lot of guys don't have much success using dating apps because they aren't using the right ones. It's a very important decision since online dating has become critical to meeting single girls and you miss out on so many opportunities if you're not on at least one app.

While your figuring out why she ghosted you (don't obsess about it too much), these are the apps that our team of dating coaches has seen regular guys have the best results with:

2. She has a new boyfriend

If you’re asking yourself “Why did she ghost me?”, the simple answer may be that she’s moved on with another man in her life. And to be fair, the decision to ghost you from her life may or may not be entirely hers.

For example, she may have a man that she’s dating ask her to be exclusive, which led her to ghost you. Or, maybe she wanted to “clear the plate” so to speak, meaning that she doesn’t consider you a valuable person in how her future looks, especially with a new man in the picture.

3. She lost interest in you

Modern women have a lot of options at their disposal thanks to dating apps. This means that if you are not who she thought you were, found a better option, or simply stopped putting enough effort into staying attractive, you’ll ask yourself “Why did she ghost me?” sooner than later.

4. She wants a fresh start 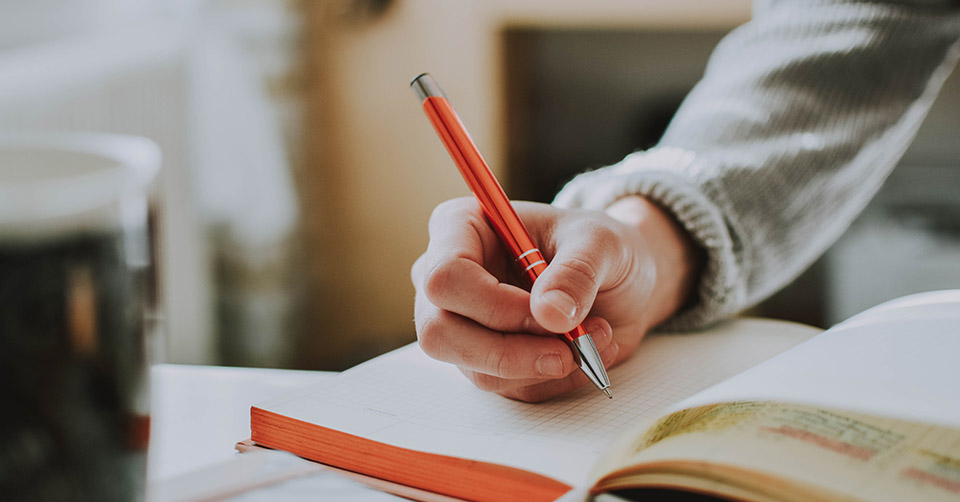 Until a woman is ready to settle down and get down to starting a family, she’s likely to want to continually reinvent herself to cast off negative influences. If she believes that you’re a negative influence, she may ghost you in an attempt to form a clean break and start over with what she perceives as a better path forward.

This fresh start is typically initiated by her new desires, including having children, focusing on herself, or looking for long-term partners. If you’re not part of her new plans, you may be ghosted so she can focus on her new future.

5. She is upset with you

If you’ve upset her in some way, she might ghost you without warning. Some of the most common reasons why she would be upset with you include:

Sadly, these days, women tend to use the silent treatment in the hope that you’d realize what you did wrong. The irony, however, is that without a conversation about it, you might be completely ignorant about what you did that upset her so much.

A woman will often ghost the men in her life if she wants a bit of privacy to handle her life’s issues. This privacy can possibly come from turbulent events in her life where she doesn’t have the mental energy to interact with you (or anyone for that matter). Or, recent events that have transpired to make her reassess her priorities about who she lets into her life.

If she’s engaging in an affair while you’re in a relationship with her, it’s not uncommon for her to ghost you to focus on her new relationship under the auspices of being “too busy”.

Not every woman is a good person or has good intentions. Ghosting a person is a very drastic and hurtful action that some women use to try to manipulate men. Some women use ghosting as a way of ignoring you to gain leverage in a relationship, where things are always on her terms (and not yours).

What’s worse is that when she decides to “un-ghost” you (if ever), she may gaslight you into thinking that it was all in your head and that something happened. Now that that “something” is over with, she’ll keep you in the loop until choosing to ghost you in the future at a whim.

She Ghosted Me: Now What?

If you’re certain that you know the answer to “why did she ghost me?”, you’re probably looking for tips on how to move forward. In this section, we’ll look at the most practical strategies to put everything into perspective and get over being ghosted.

Dealing with the emotional effects of ghosting 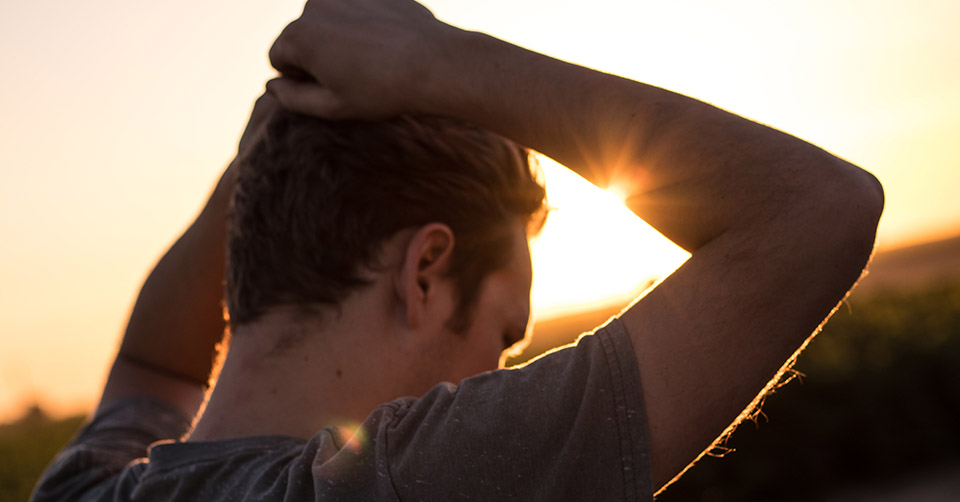 According to a number of studies, the relatively new phenomenon of ghosting has a very negative effect on those who are ghosted. In one study, participants who had been ghosted reported less satisfaction with life, as well as a greater sense of helplessness and self-perceived loneliness.

Getting over being ghosted isn’t easy, either. Being cut away from a potential romantic prospect creates an effect that’s very similar to drug addiction - and she was the supplier of positive “dopamine hits” that created a bond in your mind (even if you had never progressed beyond texting or met in person).

Every man is different, but it helps to put things into perspective. After all, if she was willing to ghost you, what do you think her behavior would be further in the relationship? You may have dodged a bullet and you can use this as solace to move forward.

However, if you’re suffering from psychological distress from being ghosted, it’s always wise to talk to a trusted friend or therapist to sort out these feelings. These negative feelings may actually be rooted in emotional baggage that you’ve been carrying around, some of which could be related to previous traumas or the fear of abandonment.

As with most negative experiences in life, the sooner that you can move on, the better. There’s no timeframe for men to heal from being ghosted, as everyone’s different and the level of investment you may have had in a partner is completely subjective.

There are quick and easy ways to get over a breakup that can help you bounce back. If you’re also up for it, you might consider entering a rebound relationship (which can be surprisingly helpful). 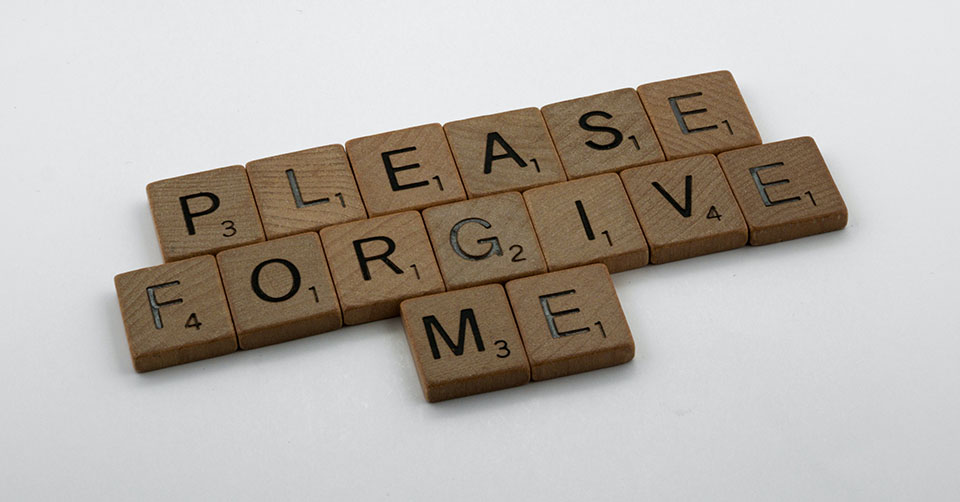 You may not be completely innocent when you’ve been ghosted by a girl. If you believe you were at fault for her ghosting you, the best thing you can do is focus on yourself and look for better women.

This process can take months to figure out, especially if you were romantically linked or her ghosting came out of the blue. Take some time to heal yourself and understand that, in the grand scheme of things, she did you a favor by self-selecting out of your options for a viable partner.

Accept that you may never find out why she ghosted you

This next point may not sit well with you: You may never find out why she ghosted you. Whether it was related to something that you did or the circumstances in her life, the reality of being ghosted is that there will be few (if any) ways to get in contact with her or resolve the situation for closure.

Considering men are usually fact-driven and objective, this feeling of uncertainty is perhaps the main driver of depression in men that have been ghosted.

As a solution, men need to accept that there will never be closure. For a complete in-depth guide to help you through the difficult but beneficial process, check out our article on how to get over the one who got away.

Reach out through other channels

If you believe that you’ve been ghosted in error, you may want to reach out to her through other ways to contact her to get an answer. For example, you may want to contact her friends and family to see what happened if you have a relationship with them. Or, you can choose social media if she ghosted you via text (and vice versa).

Bear in mind that continuing to pursue her can lead to some drama and may make her feel that you’re stalking her. Therefore, only reach out to her once. If there’s no answer, it’s better to forget her and move on with your life than to look desperate.