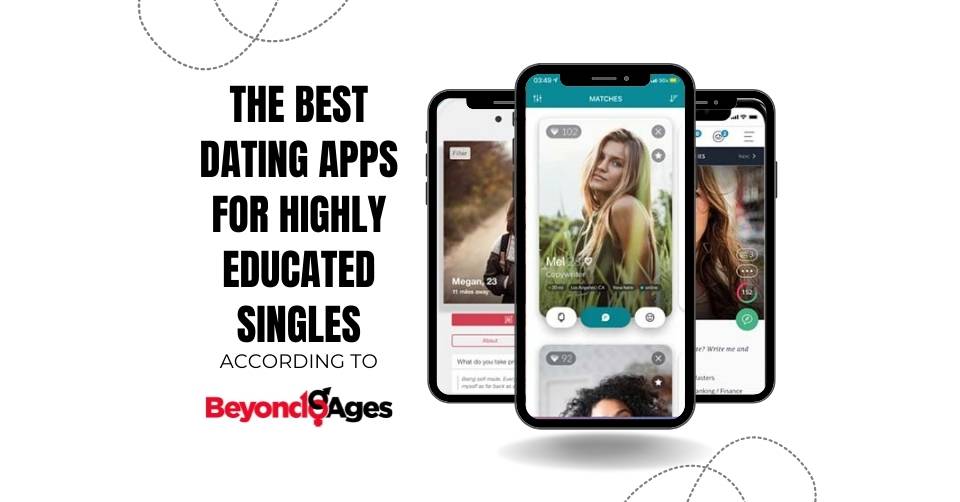 Finding a partner for life can be an arduous task. If you’ve worked hard to earn an advanced degree, you probably want a partner who shares a similar mental fortitude. The ideal partner is someone you find physically and intellectually attractive, someone who stimulates your body and mind. In short, you need a dating app for highly educated people.

There are actually quite a few such apps and sites that are geared toward educated singles only. They’re an invaluable service that allows serious-minded users to save time and money. For people who value intelligence and education, these websites can make the hunt for love much easier. But which ones are worth your time? Keep reading to find out.

How we ranked the best dating apps for highly educated people
With so many niche dating apps on the market, the qualities that set the good ones apart can differ. After all, your taste in women is different based on your education. It makes sense that the best apps for you will depend on who you are and what you’re looking for. That’s why we developed this set of criteria for picking the best apps and sites for highly educated people.

First off, we ranked each app or site on the quality of women and its popularity. Are there a lot of high-quality, well-educated women who actually use it? We then focused on how effective it was at producing dates. Then there were the questions of usability and user-friendliness. Last, but certainly not least, we considered the value of the paid memberships.

With all of that in mind, these were the dating sites for well-educated people that actually got results.

For the time, value, and quality of matches, these are the top 2 dating sites for highly educated people. 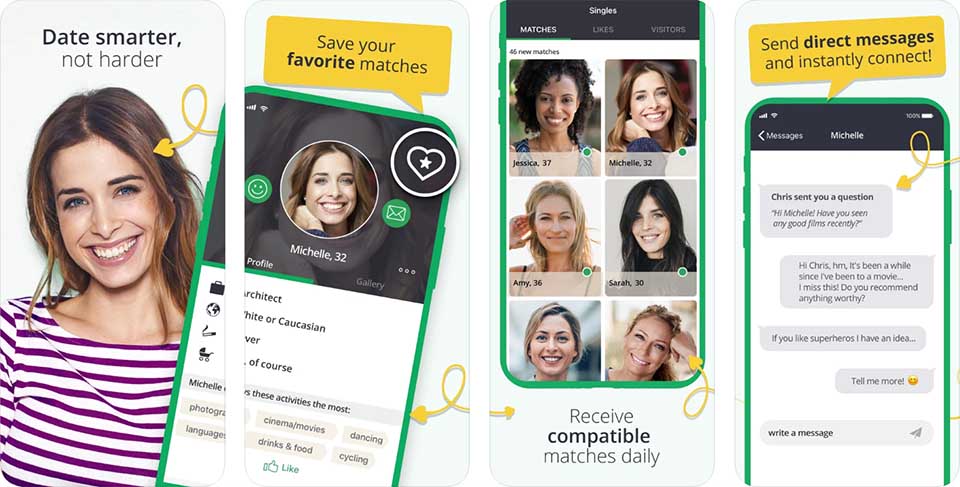 There are quite a few apps and sites out there that position themselves as “elite” platforms. And then there is EliteSingles, one of the few such websites that actually lives up to the name. More than any other we’ve used, this site has the highest ratio of quality matches. And, importantly, there are actually a lot of users, so it’s not slim pickings. You’ll see proof of this in our review of Elite Singles.

EliteSingles uses an extensive, time-intensive personality test to ensure the best matches. That test also works to weed out the unserious people who just want a Tinder-type app. As a result, not only are there lots of well-educated users, but when you match with someone, you truly match. For our money, this is the best dating site for highly educated people. 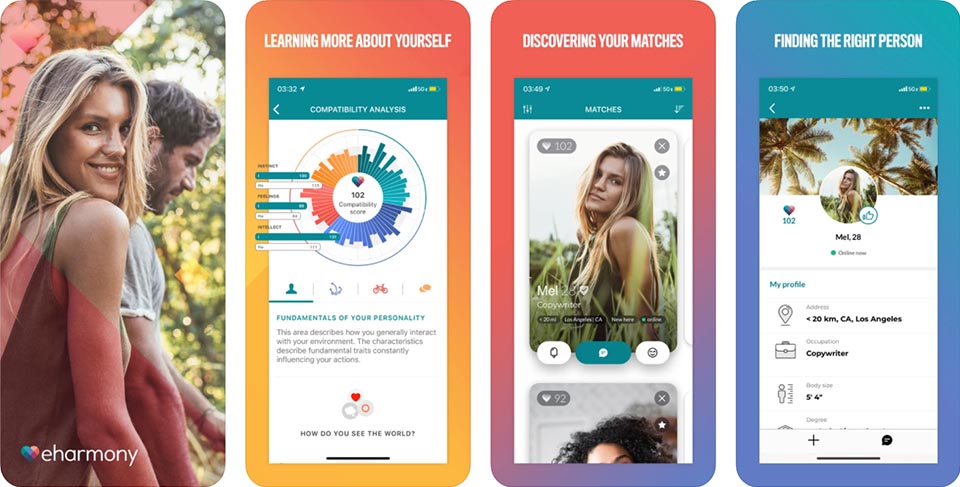 There’s a lot to like about apps specifically geared toward college-educated users. But sometimes sheer numbers mean more than anything else. That’s what sets eHarmony apart, and why we’re recommending it here. Sure, the overall user base isn’t as “elite”, but the math is still in your favor. There are so many users, many of them are highly educated.

Worried that finding love on eHarmony will be a time-consuming task? Let us reassure you. Despite being one of the most widely used dating sites, eHarmony actually has an impressive record for initiating lasting relationships. They are focused on true compatibility, and as a result, their track record for marriages is unparalleled.

The Other Top Dating Sites for Highly Educated People Worth Considering

Aside from Elite Singles and eHarmony, we also found a few more dating apps that help educated singles find each other. If the apps above don’t work out for you, these might:

Academic Singles is a lot like EliteSingles in that it uses personality tests to match users. You can even take the personality test for free. That way, you can get a sense of the site before paying a cent. Its specific focus on people with a good education is definitely the selling point.

The biggest mark against Academic Singles is that its user base isn’t very big yet. It’s obviously working in the shadow of EliteSingles, which has gotten better press. Who knows, that might change in time. For now, though, it’s merely a runner-up, not the winner. 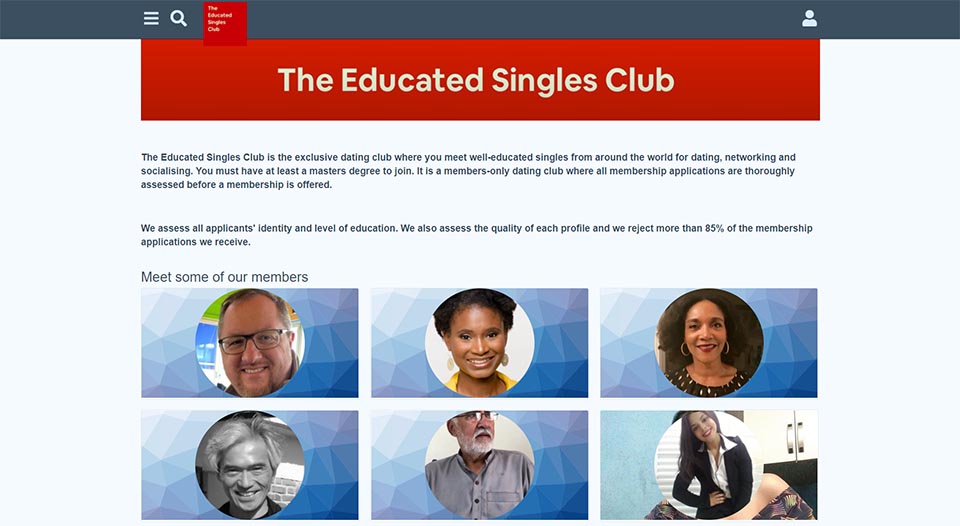 Yet another website whose focus is on education. In fact, with Educated Singles Club, that’s truly all that matters. You can’t even sign up if you don’t have a master’s degree (get your BA out of here). They brag that they reject 85% of people who sign up. As long as you don’t mind a very limited pool, this is a good dating site for highly educated people.

Sapio isn’t specifically about matching people of similar education levels, so that hurt its ranking. But it is an interesting dating site based on psychologist Arthur Aron’s “36 Questions That Can Lead to Love.” This site uses that method to connect people based on achievements, life goals, and other important questions. It’s a great way to meet someone that has a similar outlook on life as you.

When choosing a dating site for well-educated people, you should be careful to consider a number of important factors. These are the top 5 considerations:

While there’s a lot of crossover between levels of education and political views, it’s not always a perfect correlation. If politics are really important to you, it might be better to try an app that’s aimed toward that. After all, just because two people have matching master’s degrees doesn’t mean they’re actually a match.

Are you looking for marriage or just a casual relationship?

One of the most important things you should consider before signing up to any dating site is your goal. Are you looking for love or just sex? Are you after a long-term partner or just a one-night stand? Is marriage a goal, or are you a lifelong confirmed bachelor? If you’re not after a serious relationship, stick to the more casual dating apps.

Do the sites have good reviews?

We do our best to really delve into the various apps and sites we review around here. That’s because it’s important to know a site before using it, especially if it requires a paid membership. It’s also helpful to check out the user reviews. All we’re saying is, before entering your credit card information, make sure you’ve done your research.

You’ve done your research. You’ve read the reviews. You’ve used the free trials. Now you’re ready to invest both your time and money into finding love. The next big question is, how much is love worth to you? Different sites cost different amounts, and almost all sites offer varied tiers of membership. Figure out the price range that’s best for you.

How important is intelligence to your relationship?

There are a lot of things that you can find attractive in a partner. Intelligence, obviously, but also a sense of humor, political beliefs, social conscience, and, of course, looks. If intelligence isn’t even in your top three factors, don’t waste your time with dating apps for highly educated people. You’ll also be wasting their time.

Whether you meet someone in a bar or on an app, the first step is always breaking the ice. Too many guys shoot themselves in the foot at this stage simply because they don’t know how to sound natural. This is especially true if your opening lines are often too cerebral. It’s important you develop your skills as a conversationalist. That means learning both how to start a conversation with a girl and how to maintain one.

Get to the point guys. When you’re chatting with a girl on a dating app or site, you’re both there for the same reason. If you haven’t at least asked for her number in the first day or two, throw in the towel. There’s nothing worse than dragging it out forever. If she’s texting you, she finds you interesting, so keep the conversation going in person.

No matter how much things change, most women still want the guy to plan the first date. It’s a lot of pressure, and nobody likes pressure. But if you do it right, she’ll not only have a good time, she’ll be excited for the second date. Don’t be afraid to take a few risks with that first date, especially if you want to really engage an intelligent woman. Nothing shows off confidence like a man who thinks outside the box.

Tip #4 Get the second date

You took her out, made her laugh, and didn’t spill spaghetti on your shirt. Congratulations, that’s a successful first date. But does it necessarily mean you’ll get a second? Well, if it was a lengthy first date, it probably means she’s interested (she stuck around, didn’t she?). Just don’t make the gap between the first date and asking her out again too long. She’ll lose patience.

Tip #5 Turn dating into a relationship

By the fourth date, most girls know if they’re in it for the long haul. Of course, sometimes she might like you but not be certain if she wants a relationship with you. In that situation, put in the effort to show you’re serious. Get off the dating apps and stop seeing your friend with benefits. Let her know you are relationship material and she’ll come around. In case you’re still not sure how to turn these dates into a relationship, here’s our guide on how to date intelligent women.

We’ve already covered the topic pretty extensively, but you could still have some questions. Here, we’ll cover the most frequently asked questions about dating apps for highly educated people.

What are dating apps for highly educated people?

The legitimate dating sites for highly educated people will require that users provide some proof of their education.

Not all of them are, but the ones we’ve recommended above should get real results.

There is an inherent risk in any kind of online dating. But, if you’ve found a legitimate dating site, you can feel confident that it’ll protect your data and your well-being.

What are alternatives to dating apps for well-educated people?

If you’re more interested in sex than high-minded conversations, there are plenty of other dating apps and sites to use.

How do dating apps for highly educated people work?

By Patrick Davis
Dating Coach
Patrick Davis is a Dating Expert and regular writer for Beyond Ages. Naturally a shy guy and an introvert Patrick has spent years developing a skillset for attracting women that he loves to share. He is especially passionate about helping other introverts break out of their shells and find dating success.
Join Our Newsletter For Exclusive Dating Tips & Advice