How to Start a Relationship: What Every Man Needs to Consider

So you’ve been on a few dates, you’re into her and she seems to be enjoying it just as much. The thing is, the two of you haven’t discussed exactly what it is you’re looking for and the idea of that chat is intimidating. I’ve been there and honestly, this first step is the hardest part of learning how to get into a relationship with a girl.

Before online dating, especially when promiscuity was viewed in a negative light, it was simple. At that point, most dating was done with the intention of ending up in a relationship. So when learning how to start a relationship, it usually begins with the intention to be serious and exclusive from the start. These days, it’s not quite so straightforward.

Don’t get me wrong, the open and inclusive nature of modern dating is a fantastic thing. It just means we have to get better at communicating and I’m here to help you do just that.

Are You Ready to Start a Relationship with a Girl?

So, here are a few things to think about before you worry about how to get into a relationship with a girl.

When you look in the mirror, are you happy with what you see?

How you perceive yourself makes a big difference to dating in general. While I don’t believe in the old adage that “you can’t expect someone else to love you if you don’t love yourself”, there’s an element of truth in it.

We all have ups and downs and not every day will be positive. That said, if you look in the mirror and hate looking at the person you are, your first step should be working on that.

“Perfect” doesn’t exist, but what you can do is kickstart a positive cycle that’ll improve your life overall. Speak to a counselor, head to the gym, buy some new clothes — whatever it is that you don’t like about your current state can be changed.

As you start to make these incremental changes, life will feel that much more enjoyable. In the context of learning how to start a relationship with a girl, you’re also turning yourself into a far more appealing option.

A happier, healthier you will always be more attractive.

Why do you want a relationship right now?

This is the next question you need to ask yourself. Take a moment to think this one through because the answer really does matter.

If the second option there sounds like you, spend some time working on you first. A relationship never “fixes” anything. In fact, if you’re already stressed and struggling with other things, a relationship will only make it worse. Not to mention the fact you’ll be dragging someone else down in the process.

Why do you want a relationship with her, specifically? 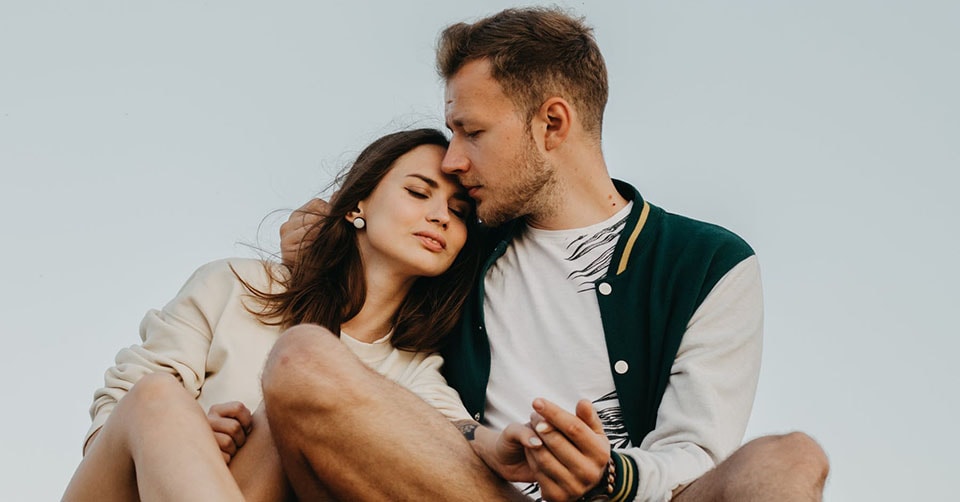 When you know you’re in a good place and want a relationship for the right reasons, this is the final question to ask yourself. Is it that the two of you are a good fit or is it something else entirely?

Maybe she’s an attractive “trophy girlfriend” or even worse, maybe it just feels convenient. A committed relationship takes a lot of work. You owe it to both of you to make sure you’re getting into it for the right reasons, long before you have that conversation with her.

A healthy relationship should exist between two people who complement each other's lives.

How to Get Into a Relationship with a Girl

Now that we know we’re in this for the right reasons, it’s time to take a look at some simple, actionable steps. We’re going to teach you how to start a relationship with a girl. Here are four simple things you can start working through right now to improve your chances of doing it right.

Is she really girlfriend material?

This is the first question you need to ask yourself. A lot of guys make the mistake of “settling down” with the first half-decent woman who likes them. Often it’s because they don’t want to go through the struggles of being single. After all, if you’re not good at attracting women, singledom mostly consists of approach anxiety, loneliness and rejection. For some, it can also leave you constantly wondering why you don't have a girlfriend.

For starters, a woman can usually sense if you're choosing her due to a lack of options. If she settles for this, she may resent you and herself for not being able to lock down anyone better.

She might also start letting herself go or misbehaving within the relationship. It's because she knows full well that she can get away with it because you're afraid to leave her. Ultimately, these “settling” relationships are likely to fail due to infidelity, should someone better begin to show interest. This is the type of woman you should never marry.

There are no statistics to back this up, but it wouldn’t be crazy to predict that most relationships in the U.S are born from scarcity and fear of loneliness. And that’s why the divorce rate is so high. Thankfully, healthier relationship habits are driving the divorce rates down.

The key is choosing a woman you genuinely want

The alternative approach is to learn how to get good with women in general before even thinking about settling into a relationship. This would allow you to date many types of women and get a better idea of what qualities you actually want in a partner. You’ll naturally develop higher standards for who you’d consider dating exclusively. This makes any relationship you enter far more likely to work out and ultimately get the love you want.

The best way to start a relationship 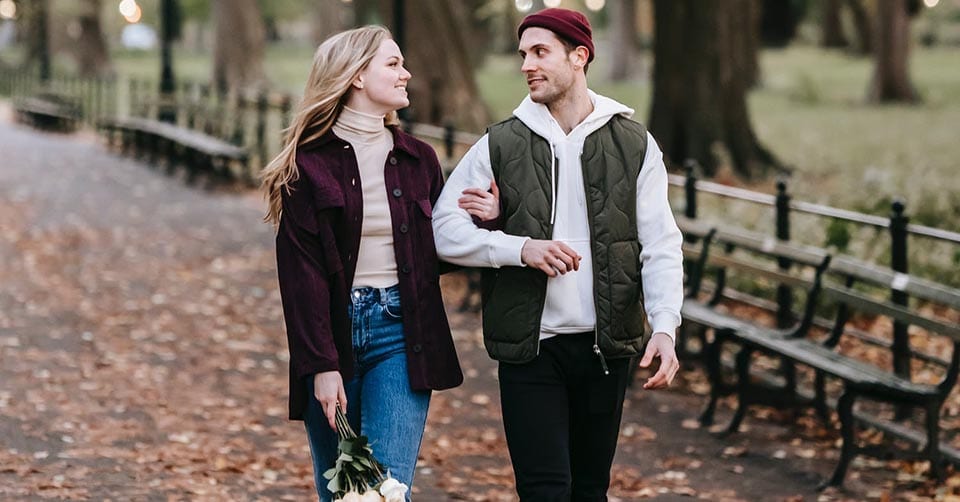 The “alternative approach” described above is what you need to aim for.

The thing is most women like chasing high-value guys. They enjoy the drama of wondering if he’s into them. This creates more excitement when you show interest in her.

It shouldn’t take any techniques to demonstrate your value. Social media has emerged as a useful tool to quickly display your status. But this typically comes across in your demeanor and the way you communicate with women. You’ll naturally exude confidence. You’ll sometimes be unavailable when she wants to meet you. There’s no point tricking a girl into believing you’re high-status if you want to be her boyfriend. After all, she’ll discover the truth eventually.

When women realize they’re dating a high-value guy, they’ll often go to extreme lengths to lock him down. These women will start asking passive-aggressive questions like “what are we?” or demanding for exclusivity. This is a great time to know how often you should see someone you just started dating.

In this situation, you can simply give in and now you have an awesome girlfriend. Plus, she experiences the satisfaction of having tamed a true champion. You can bet she’ll value the relationship more because she had to work for it.

Chasing a high-value guy is far more exciting for a woman as opposed to some guy who continuously begs to be her boyfriend. This begging indicates that you’re not a high-value guy and you don’t have a ton of options.

How to start a relationship if she hasn’t asked you

Let’s assume you’ve put in the work to become a high-value guy and found a woman who ticks all your boxes. But she isn’t dropping any hints about wanting to be your girlfriend. In this situation, there are several steps you can take before proposing a relationship yourself.

First off, make sure you’ve created some space for her to chase you. Are you always texting her first? Then, stop this. Start spending time on other pursuits. Maybe date other women. Let her reach out to you. If she doesn’t, perhaps she was never that into you.

Second, if she does begin to invest back into you, make an effort to treat her more special. Let her meet your friends and family. Buy her a thoughtful gift. Make the kind of gestures that only boyfriends would usually think about.

This should give her the idea that you’re after something deeper than a casual relationship. A lot of women won’t hint at wanting something serious if they don’t see signs that this is what you’re looking for, as they’re too afraid of having their heart broken.

If you begin to make her feel special having already shown the traits of a badass with plenty of romantic options, the “what are we?” question surely won’t be far away.

The best way to ask her to be your girlfriend 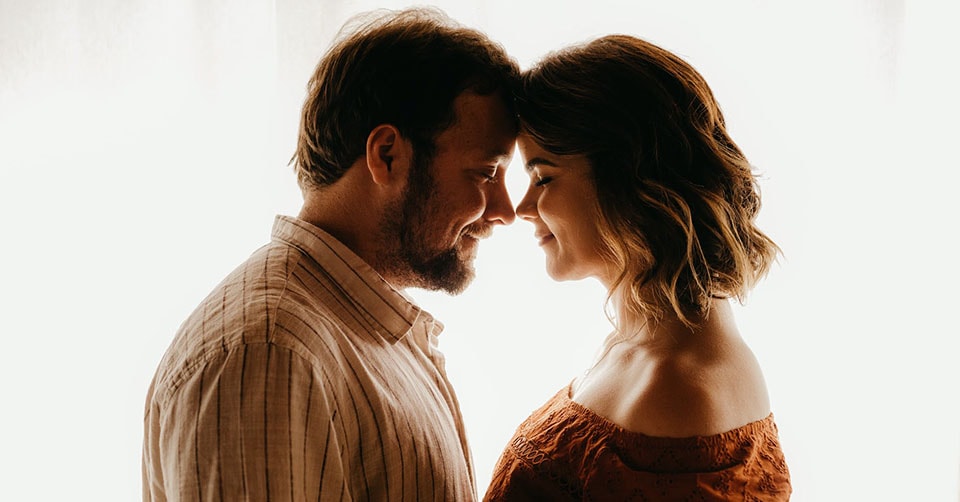 If you’ve followed all these steps, but she’s not showing any signs of wanting to be your girlfriend, you can ask her yourself.

The best way to do this is to ask if she’s looking for a relationship in general.

Maybe, in this moment, she will reveal some reservations about being in a couple that you didn’t know about. Perhaps she’s still emotionally scarred from her last relationship. Maybe she plans to leave the city one day. For all you know, she could be polyamorous. These are all objections that you can discuss and potentially overcome to make her your girlfriend. At least you now know what problems you’re working with.

In an ideal world, she’ll understand you’re hinting about starting a relationship and agree to do it. For some women, you might have to spell it out.

What if she doesn’t want to start a relationship with you?

If she doesn’t want to be your girlfriend, you should push for a clear reason. If she refuses to give you one, this isn’t a good sign. Desperately trying to change her mind will usually only serve to push her further away.

Honestly, in this situation, it’s often better to start searching for monogamy elsewhere. Maybe she’ll realize what she’s missing and change her mind about you. Perhaps you end up finding someone even better. Either way, you’re better off dating other people than chasing someone who doesn’t want you.

The key to starting a relationship: don’t be desperate

Even in this situation, it’s best to follow the tips above. If you state your desires to lock down a woman too quickly, it can scare them off, even if you’d be the perfect candidate for a long-term relationship.

By first giving them the space to fight for you, it allows you to build a relationship that you’ll both value and treasure for a long time.